Although only a 1/3 of an acre it was my late wife’s pride and joy and built up over 40 years, and this year it is at it’s best. Sam. 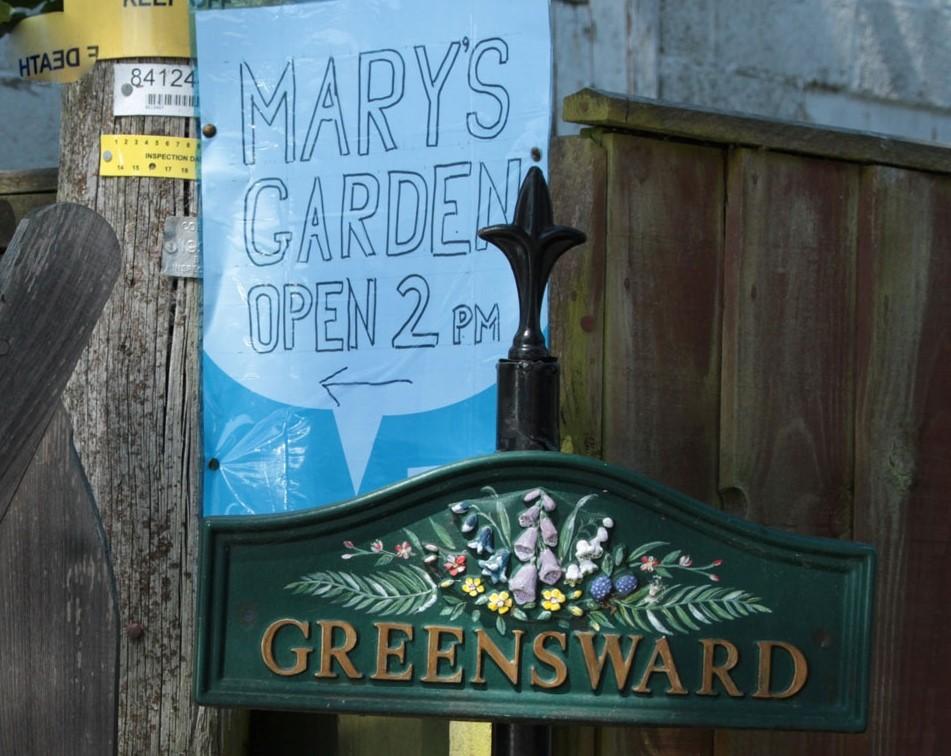 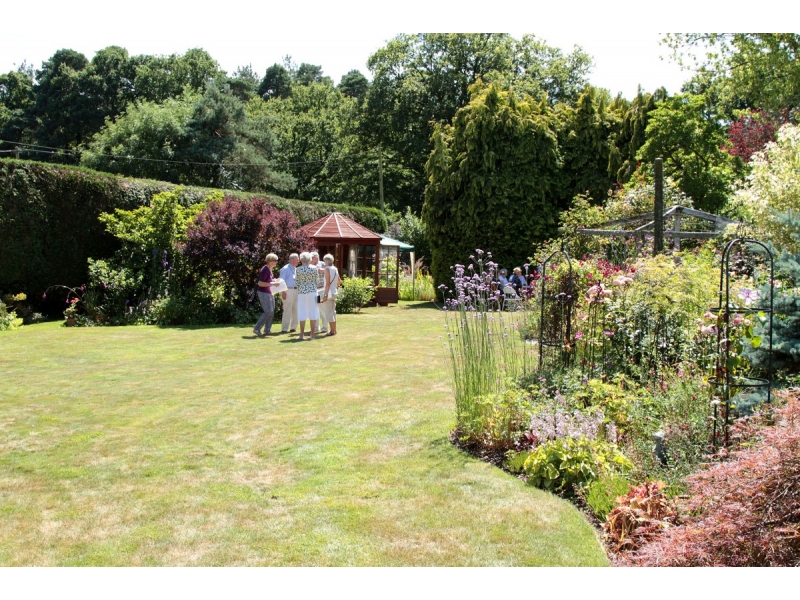 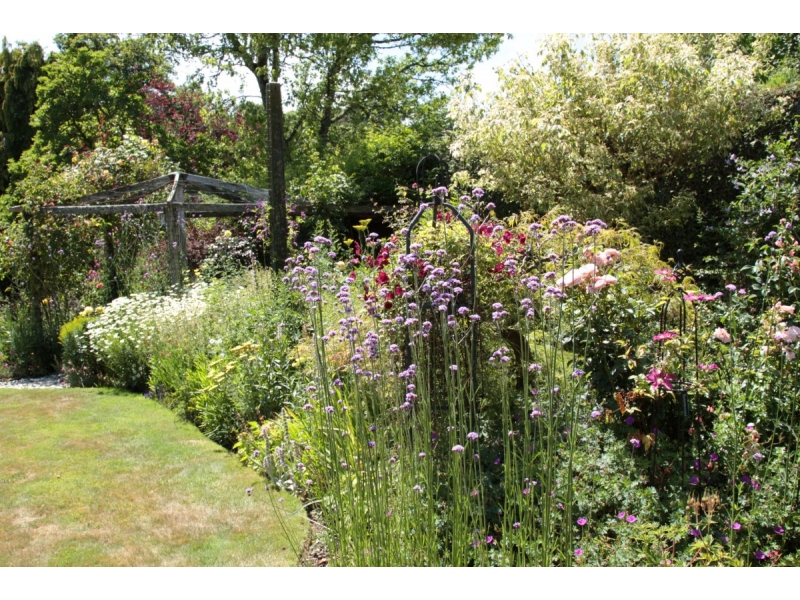 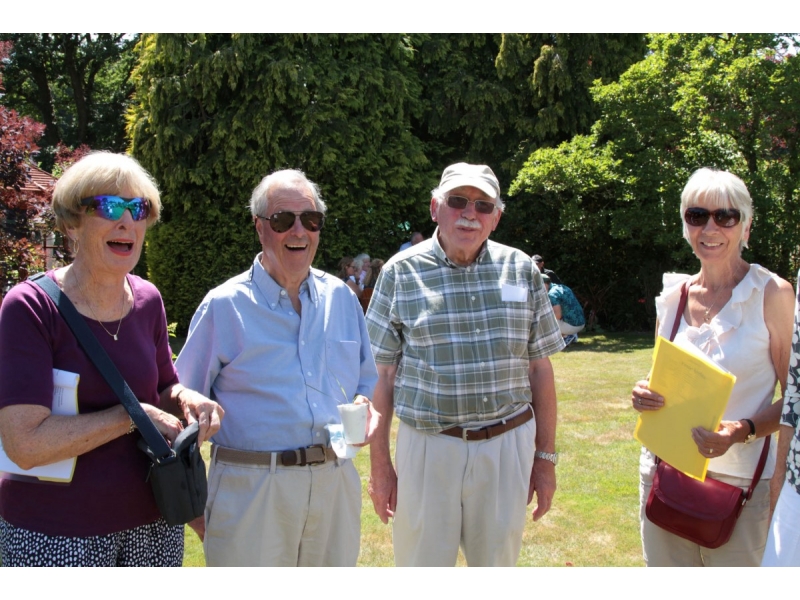 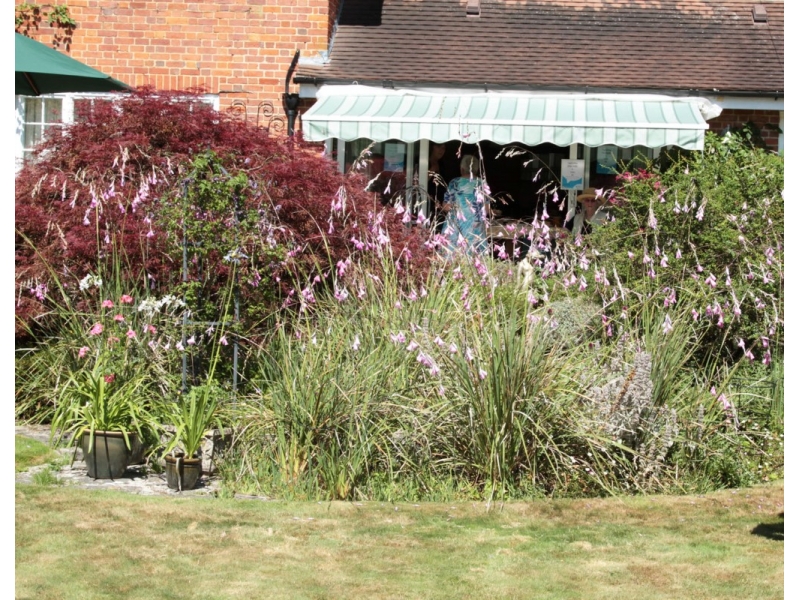 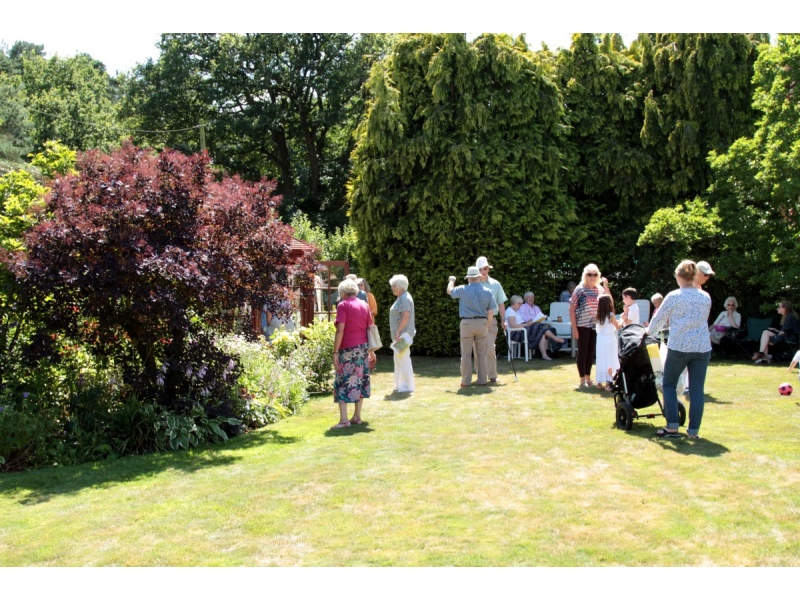 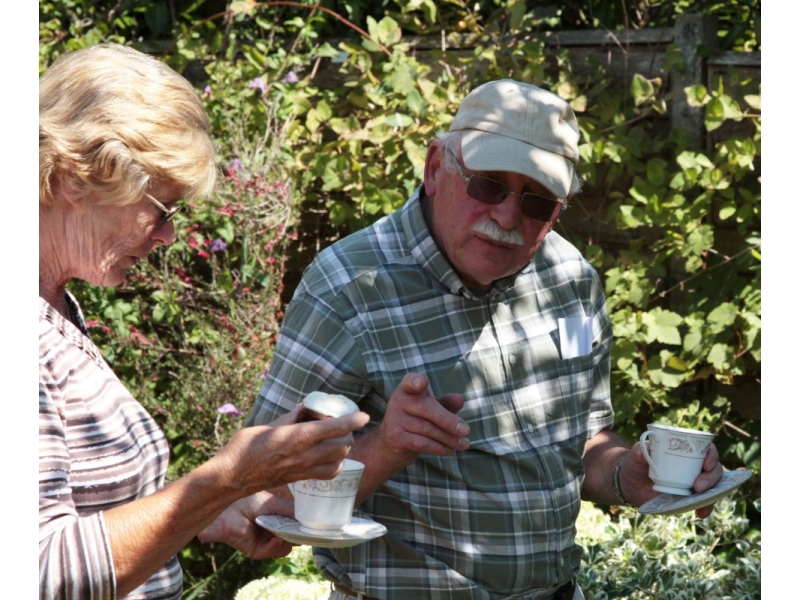 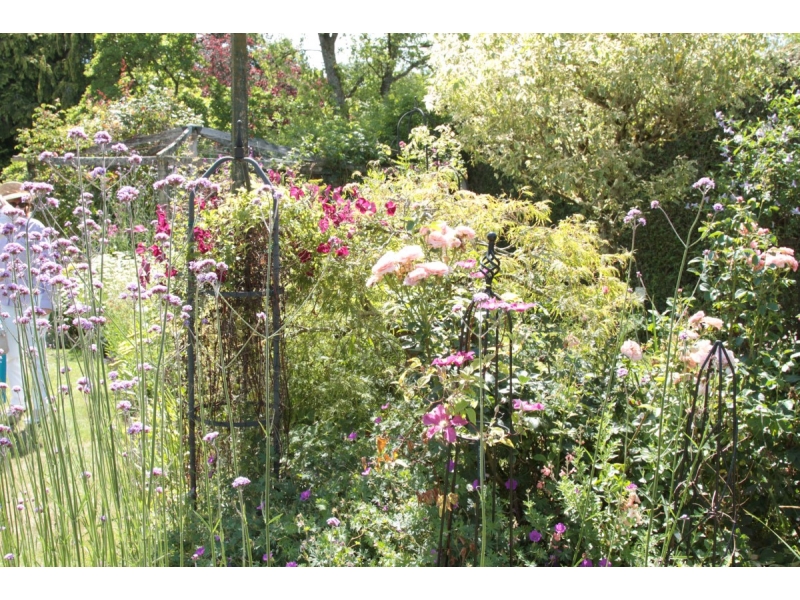 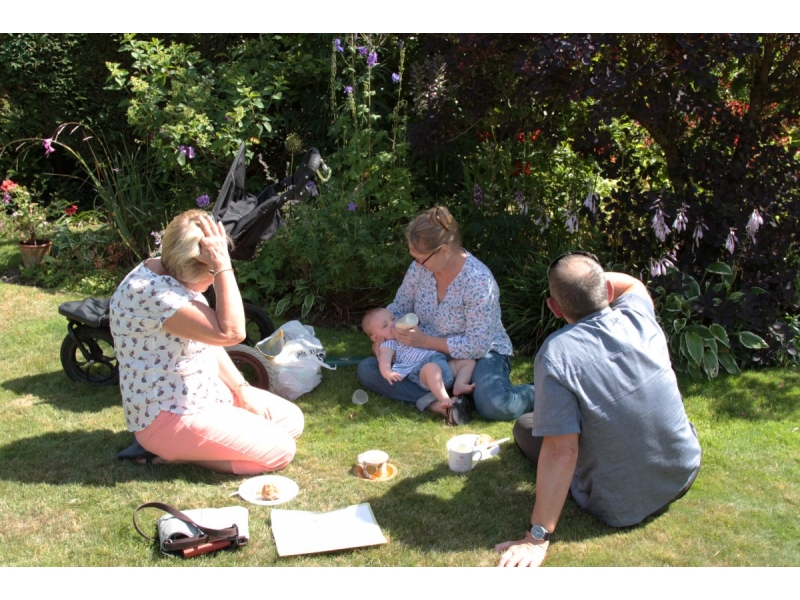 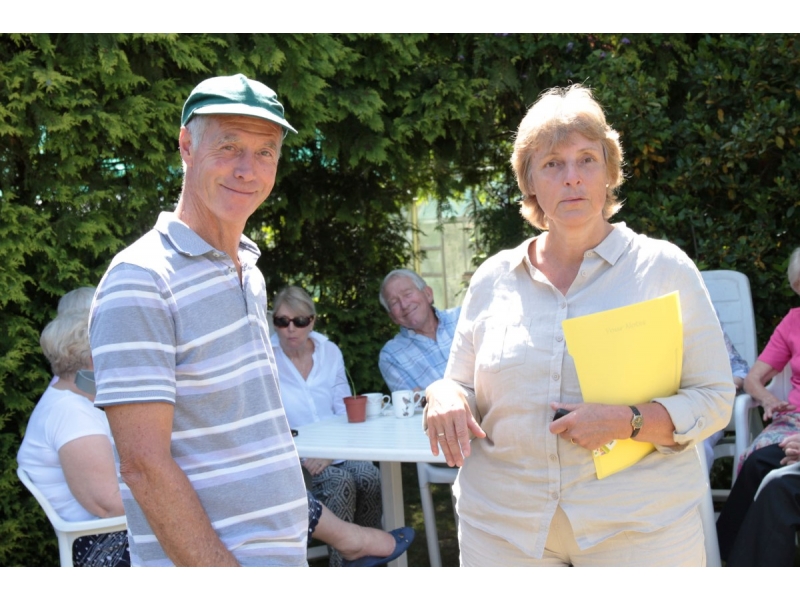 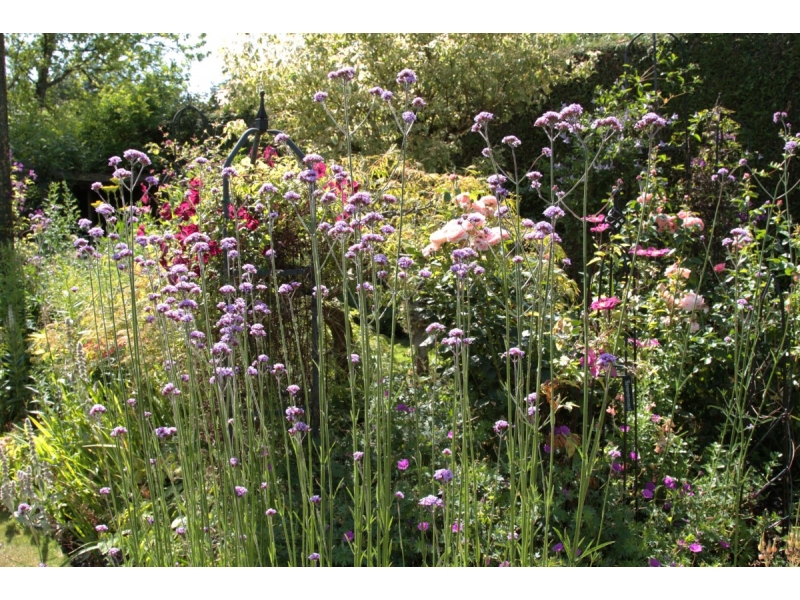 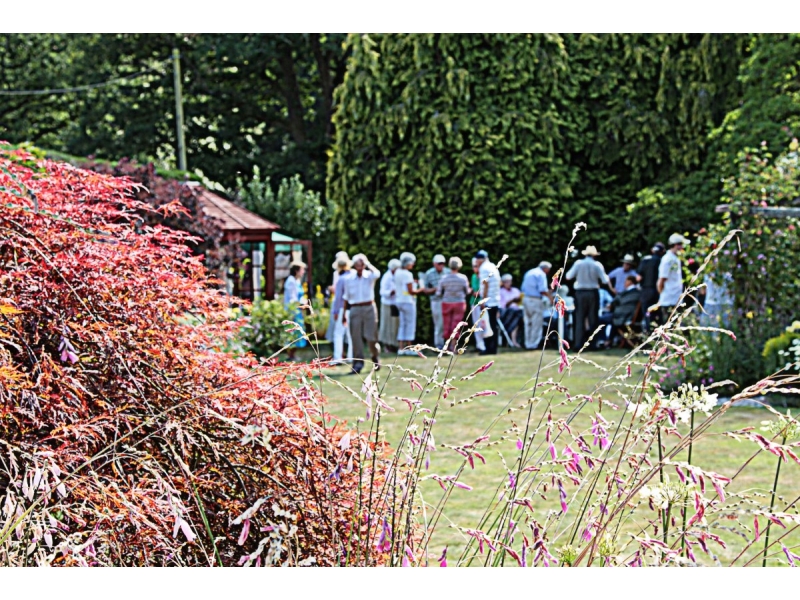 Sam opened the garden at Greensward and invited many friends, including those from Rotary, the National Trust, Ramblers and other organisations they belonged to. The garden was magnificent on a beautiful day. Up to 150 people came during the afternoon and enjoyed Mary's Garden. Tea and wonderful cakes were available and a small army of volunteers worked hard.

Donations for Cancer Research were invited and a total of over £765 was raised.

Sam produced a splendid booklet on the garden, listing many of the plants with a plan. The introduction is copied below:

"Mary and I moved into Greensward in 1977 which had many rare established shrubs, the acer palmatum dissectum atropurpuream crowning the rockery being one of them. Many of the rhododendrons around the house and front shrubbery are original. Most of the remainder we developed between us, the floral plants being very much Mary’s domain.


Nearly all the fifty plus Roses are named and the eighty plus Clematis are labelled.

On the following pages I have listed over two hundred species in the borders, I haven’t included them all, and there will be many cultivars to each species. I just haven’t had time to amass what would be several hundred plant names (a knowledgeable volunteer  would  be welcome). I have done my best but admit I don’t know them all.

Although Mary had been fighting ovarian cancer for two years it all happened very suddenly last November. One of Mary’s Charities was CANCER RESEARCH and ALL money taken today will go to that charity.

I hope you have enjoyed Mary’s garden.

Thank you for coming,