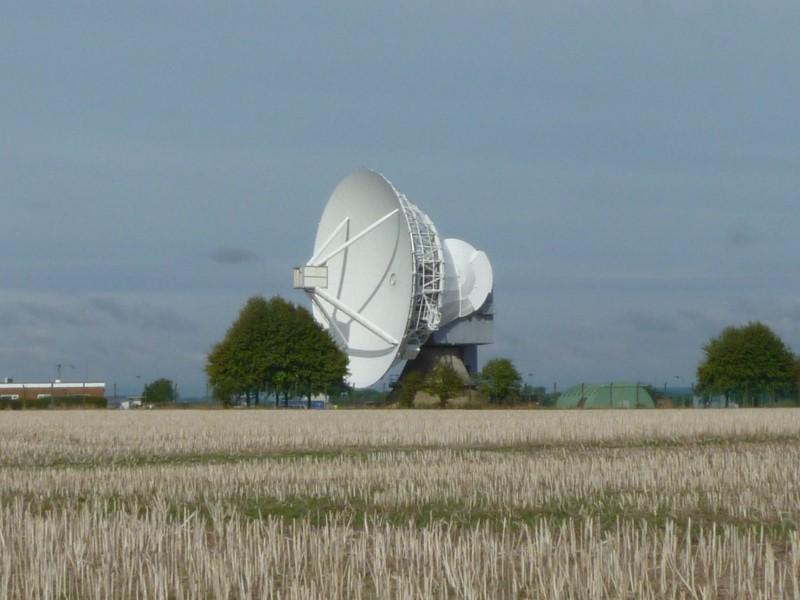 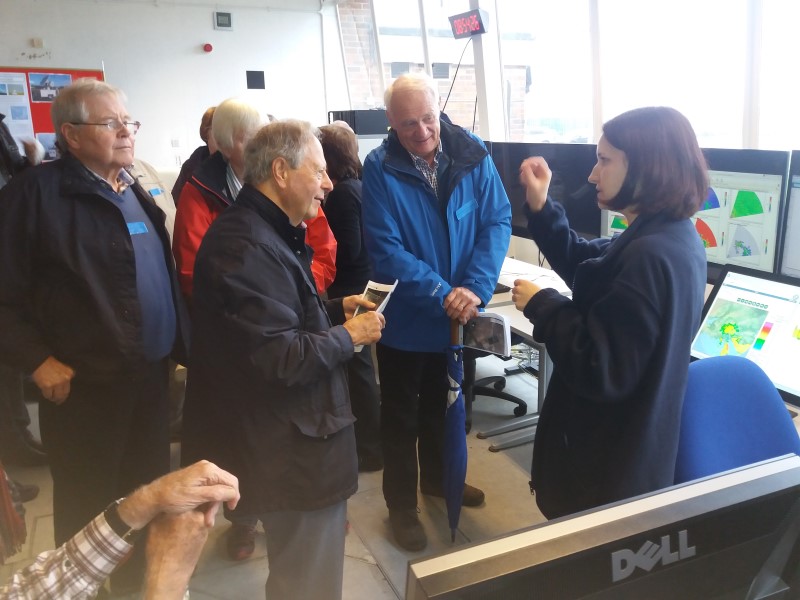 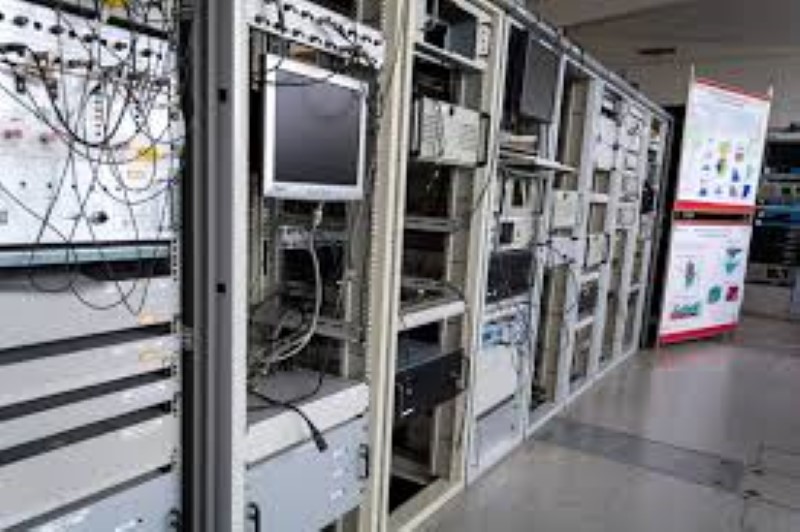 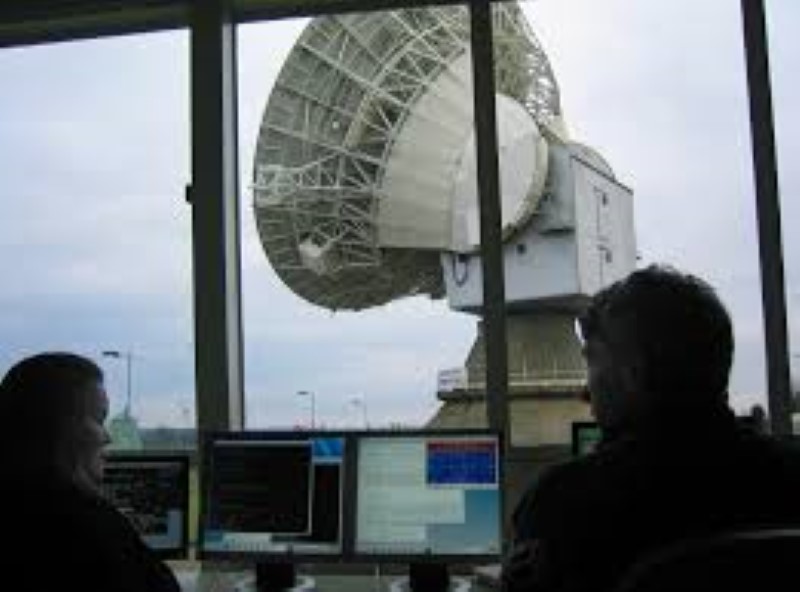 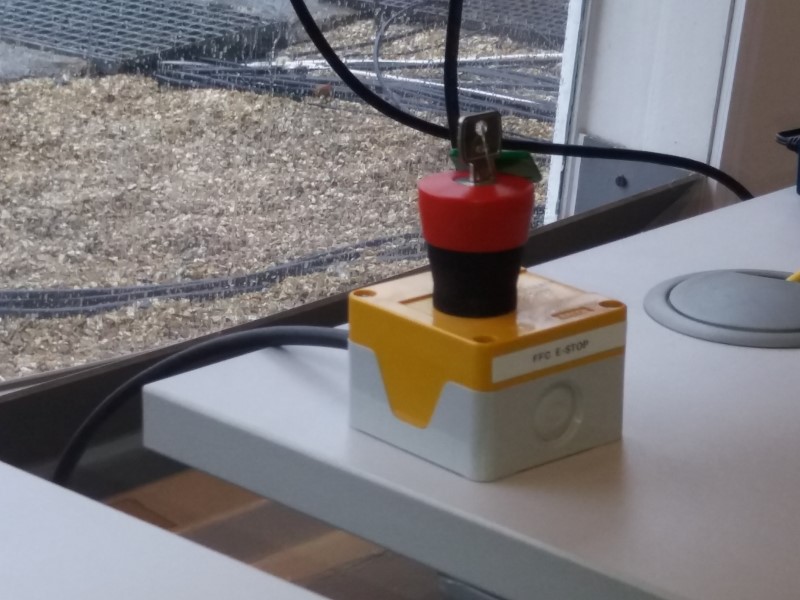 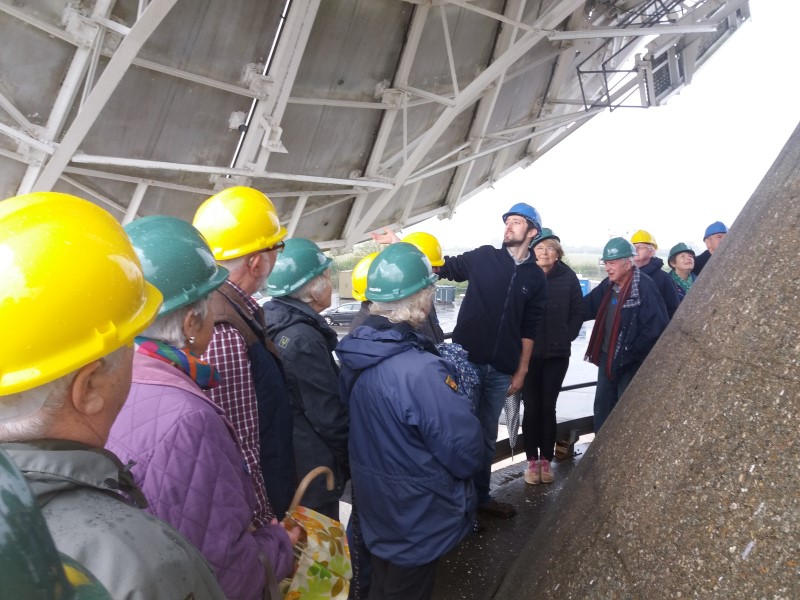 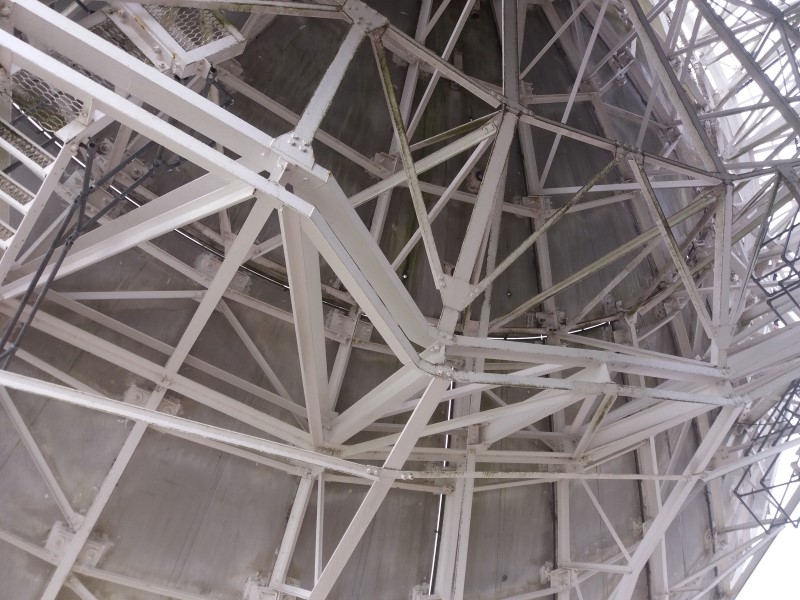 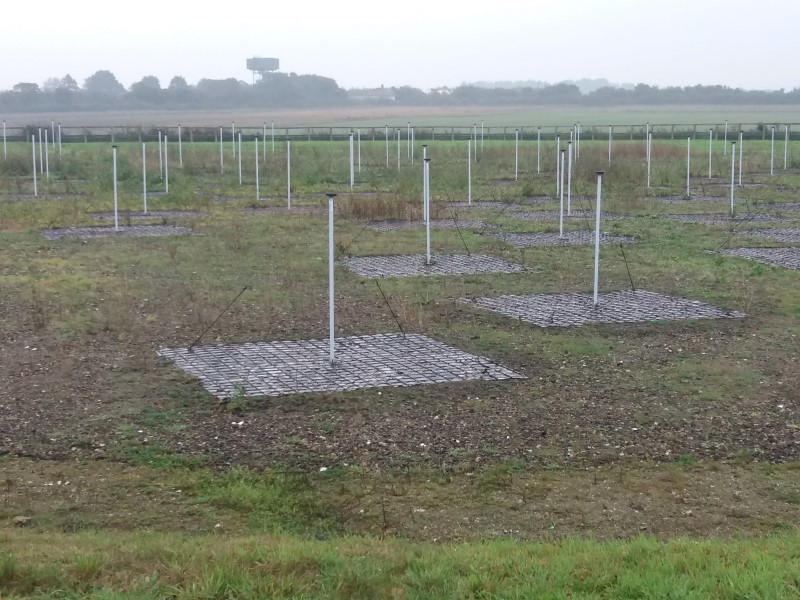 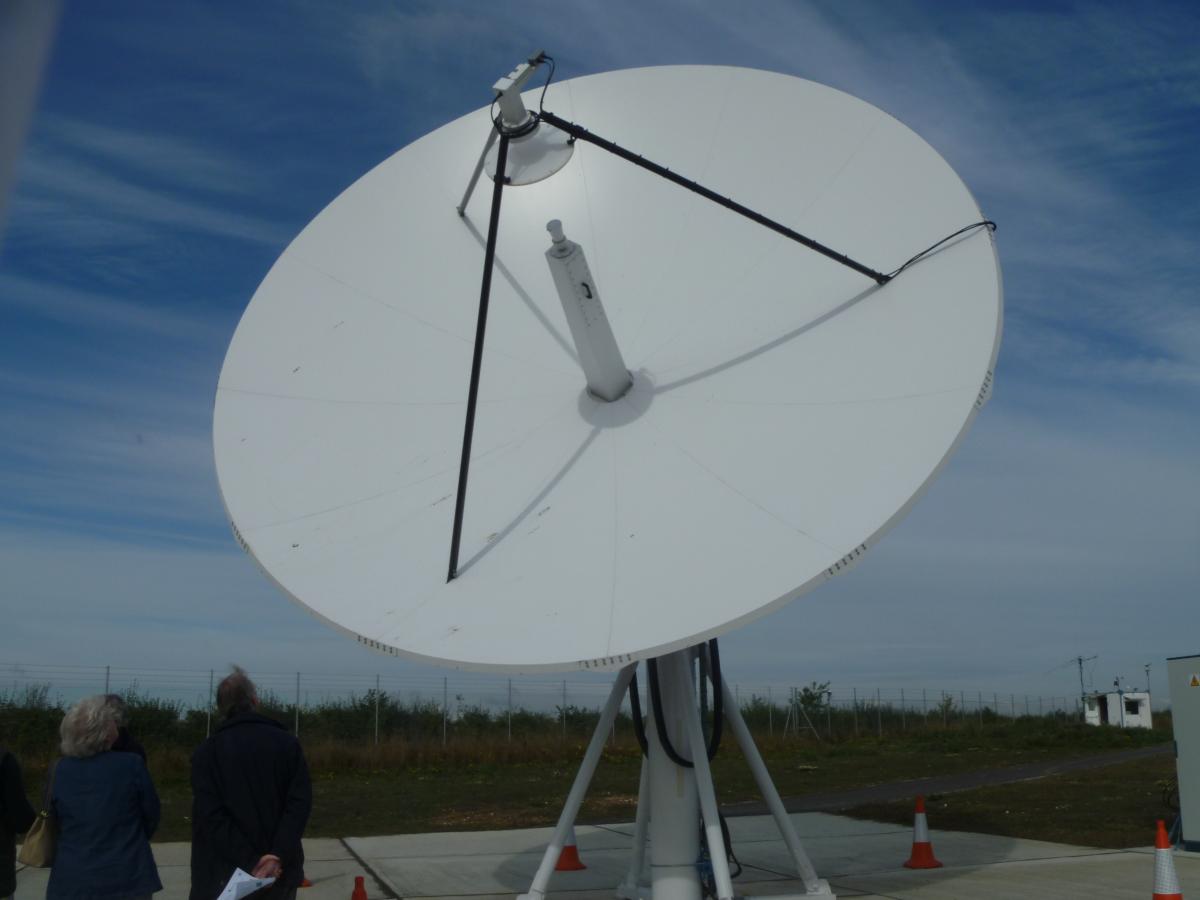 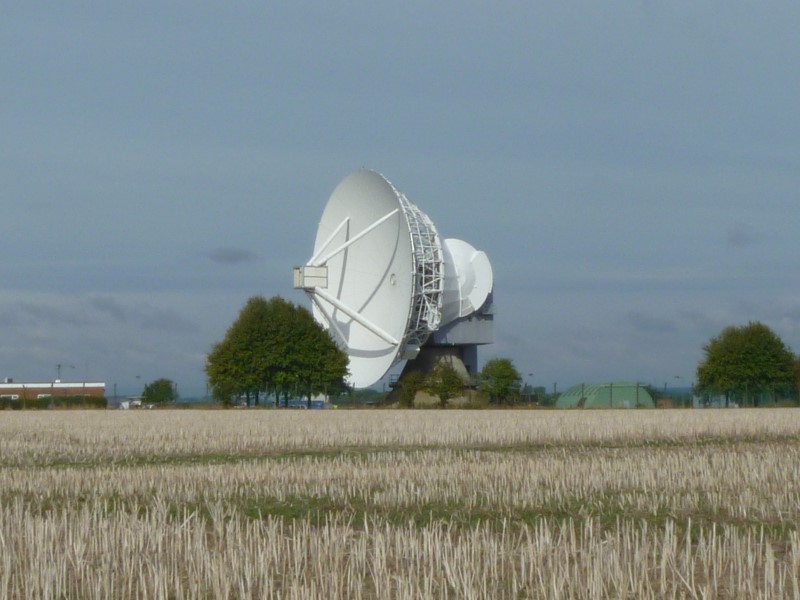 Lawrie writes "On a windy, rain soaked day, 9 stalwart members and partners made their way to the Chilbolton Observatory site north of Stockbridge, arriving punctually for our slot at 09.30 a m. This open day was held to celebrate the 50th anniversary of the opening of the observatory.

We were first taken to the site control room where the iconic 25 metre steerable metrological radar ‘dish’ is controlled. This spectacular antenna can be seen from afar and appears as a mini version of the ‘Jodrell Bank’ antenna. However, ‘mini’ is not a strictly accurate description as the steerable part of this dish alone weighs 450 tons! A closer inspection of the dish was offered to our party with the compulsory wearing ‘hard hats’. This dish is used for radio astronomy, meteorological monitoring and for satellite tracking.

Chilbolton also provides measurement for environmental, climatical changes and also weather conditions together with the processing of all the resulting data. The LOFAR radio telescope [photo] is part of a larger European system, and is linked to the Netherlands super computer for the analysis of the data obtained.

Lastly, the small dish [photo]is a ground station facility to transmit to and receive from satellites passing overhead, handling the received data and to send commands to those satellites.

All in all a fairly intense technical morning which lasted till 11.30 a m, whereupon we left the site and proceeded to the Abbot’s Mitre pub in Chilbolton for a well deserved and very tasty and convivial lunch."

NOTES: THE 25m DISH is a steerable antenna is used for radio astronomy and as a weather radar and for satellite tracking.

RADAR CONTROL ROOM is the hub of operations for the 25m antenna and provides research data for environmental science, storm forecasting, climate change and atmospheric pollution.

THE 500 METRE RANGE is an area where meteorological instruments are deployed and microwave propagation experiments are housed.

LOFAR is a ‘next generation’ radio telescope linked to others in northern Europe via a supercomputer in the Netherlands and forms part of the world’s largest radio telescope.