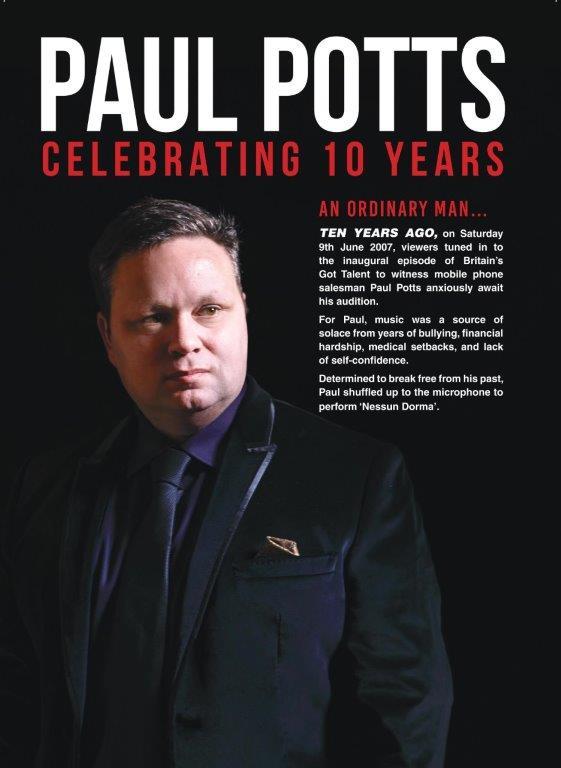 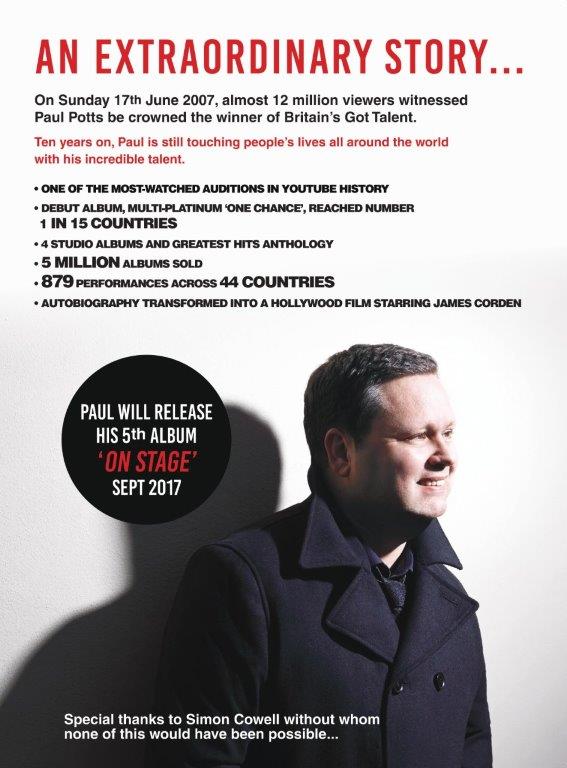 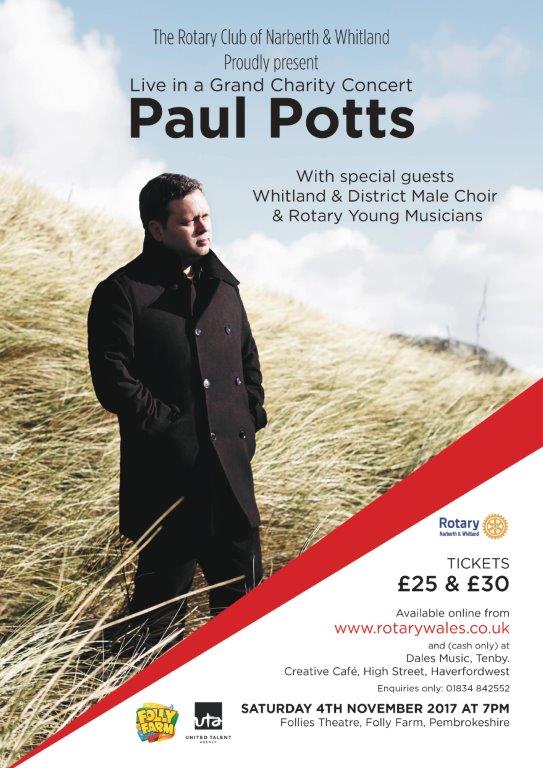 Ten years ago, on Saturday 9th June 2007, viewers tuned in to the inaugural episode of Britain’s Got Talent to witness mobile phone salesman Paul Potts anxiously await his audition. For Paul, music was a source of solace from years of bullying, financial hardship, medical setbacks, and lack of self-confidence.

Determined to break free from his past , Paul shuffled up to the microphone to perform ‘Nessun Dorma’.The rest, as they say, is history. Just 8 days later on the 17th June, over 12 million viewers witnessed Paul Potts crowned the deserved first winner of Britain’s Got Talent.

Paul’s multi-platinum debut Album ‘One Chance’ reached No. 1 in 15 Countries, and he has since achieved album sales of over 5 million copies for his 4 studio albums and ‘Greatest Hits’ anthology. In 10 years has performed 879 times in 44 Countries.

On the 4th November, 2017,the Rotary Club of Narberth & Whitland are both extremely honoured and highly delighted to be welcoming Paul Potts, to headline their annual Autumn Charity Concert at the Follies Theatre, Folly Farm. This will be Paul’s first date on his 2017 European Tour featuring dates in both Germany and Denmark.

This is Paul’s only concert in Britain this year and President of the Rotary Club Mary Adams said that ‘it really is a tremendous coup to be welcoming Paul to Pembrokeshire. On the 9th November Paul will be leaving for a 22 date Tour of Germany and Denmark, and this will be Paul’s only British engagement, and tickets are sure to be in great demand’.

The Rotary Club is delighted that Paul will be supported on the evening by Whitland & District Male Choir, and also by highly talented local musicians Lily Whithurst, (Violin), and Sioned Llewelyn, (Soprano).

Tickets for the concert are now on sale and are already proving to be in great demand with the top priced central block tickets being sold out.Tickets for the side blocks at £25 can be purchased online from Narberth & Whitland Rotary Club website www.rotarywales.co.ukand are also available from Dale’s Music Shop, Tenby and from the Creative Café, High Street, Haverfordwest., tickets can also be purchased from members of Narberth & Whitland Rotary Club, and from Mr Huw Jones of Whitland & District Male Choir, (01994 448303). Enquiries can also be made to Rotarian John Hughes on 01834 842552. 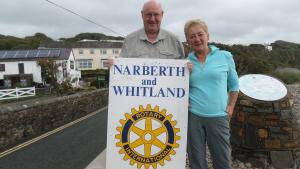 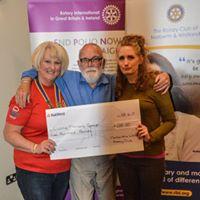 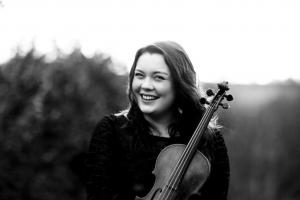 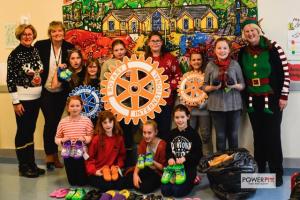 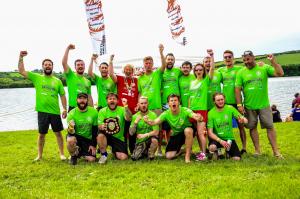 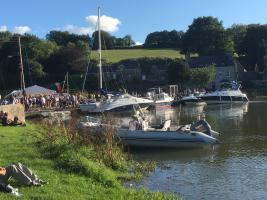