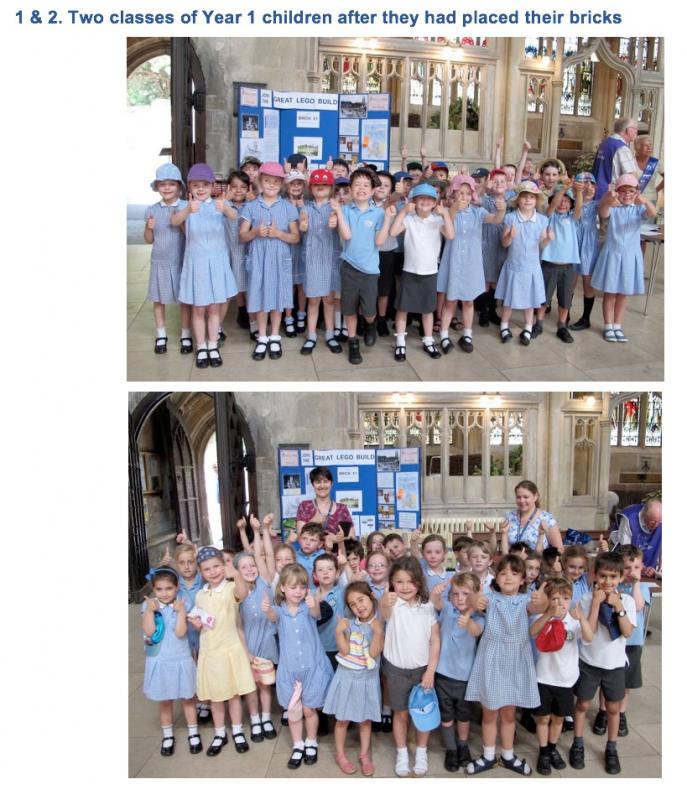 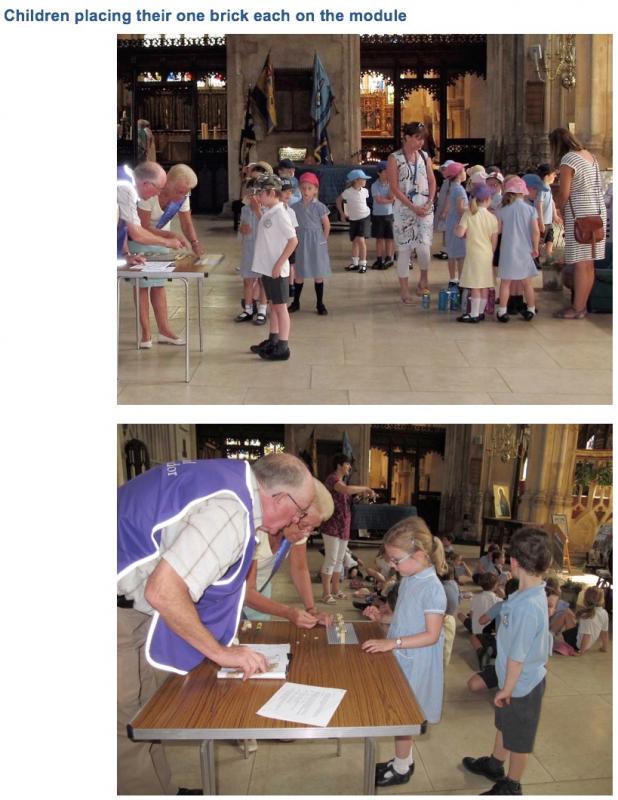 Over four days, all 420 children from the school attended the Parish Church in class groups and placed a single brick each onto a module of the Abbey model. On the morning when Rotary and Inner Wheel members were stewards, two classes of 30 five-year-old children arrived in quick succession.

Rotarian Peter Todd said, “We had been pre-warned and were set up to ensure that all the children could place their individual bricks, see the Abbey model and find out a little more about the Abbey’s history. They were really well behaved and certainly seemed to enjoy the whole experience – including workshops which had been staged at their school in advance of their visit.”

Building of the LEGO Abbey started at Easter and the model is now progressing very well, with several sections fully completed. A number of schools and organisations have paid to sponsor sections of the model and then attended to build and install them onto the main model.

Peter Todd said, “Our two clubs are strong supporters of the LEGO Abbey project. We have so far sponsored three modules and continue to carry out regular stewarding duties – which are good fun. I would encourage anyone thinking of getting involved – either to sponsor a section or help with stewarding – to get in touch.”

More details on the LEGO Abbey, and contacts for stewarding or sponsorship, are available at www.abbey900ciren.org.uk .