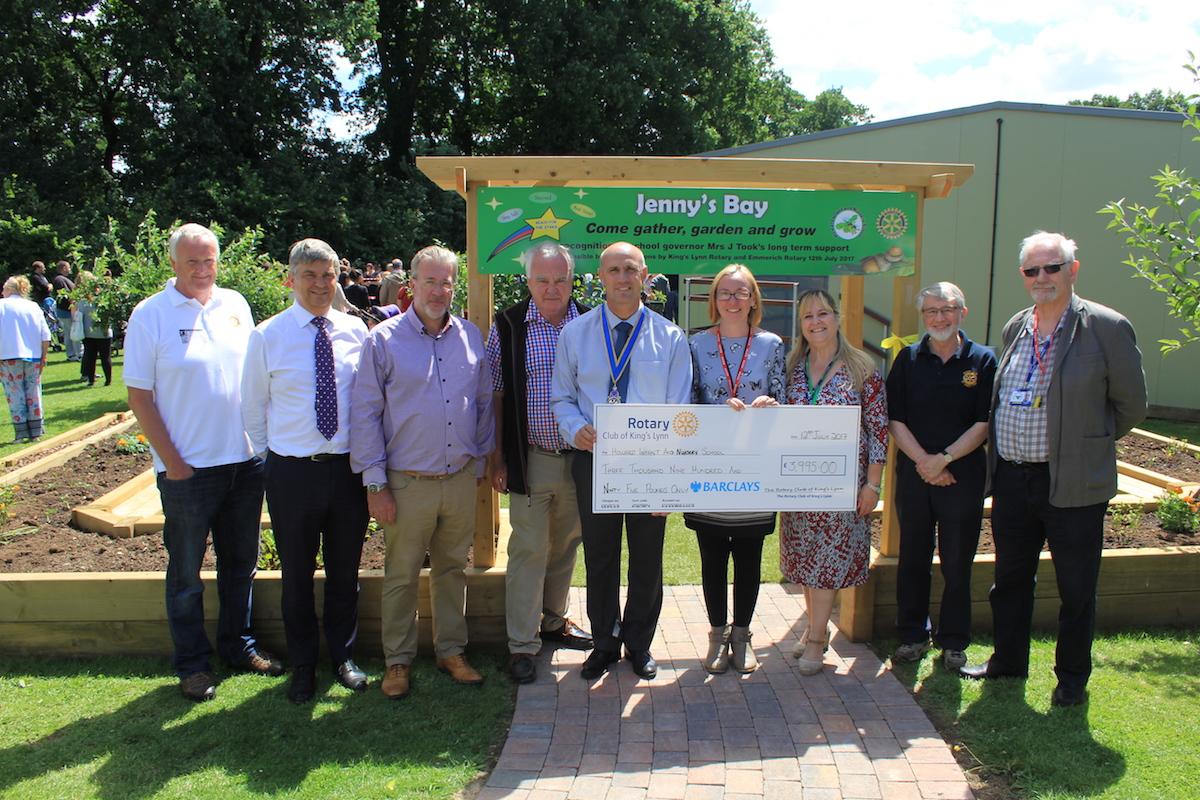 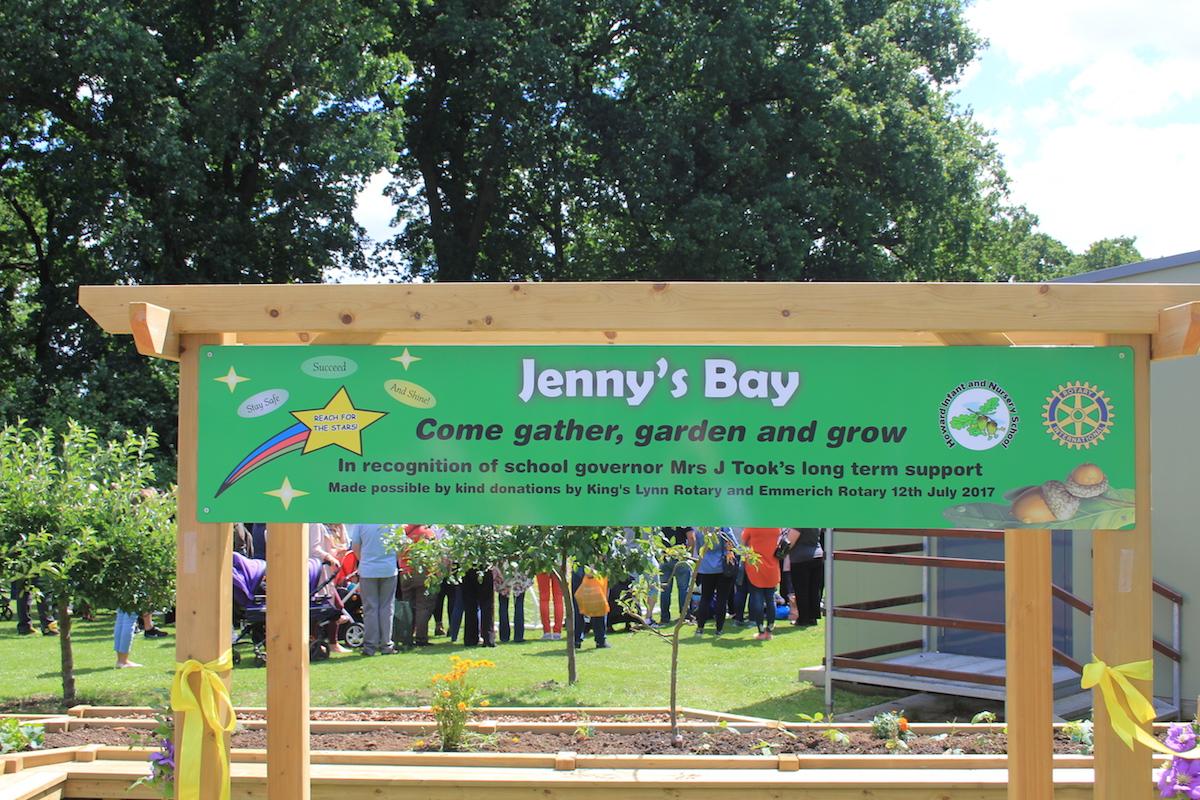 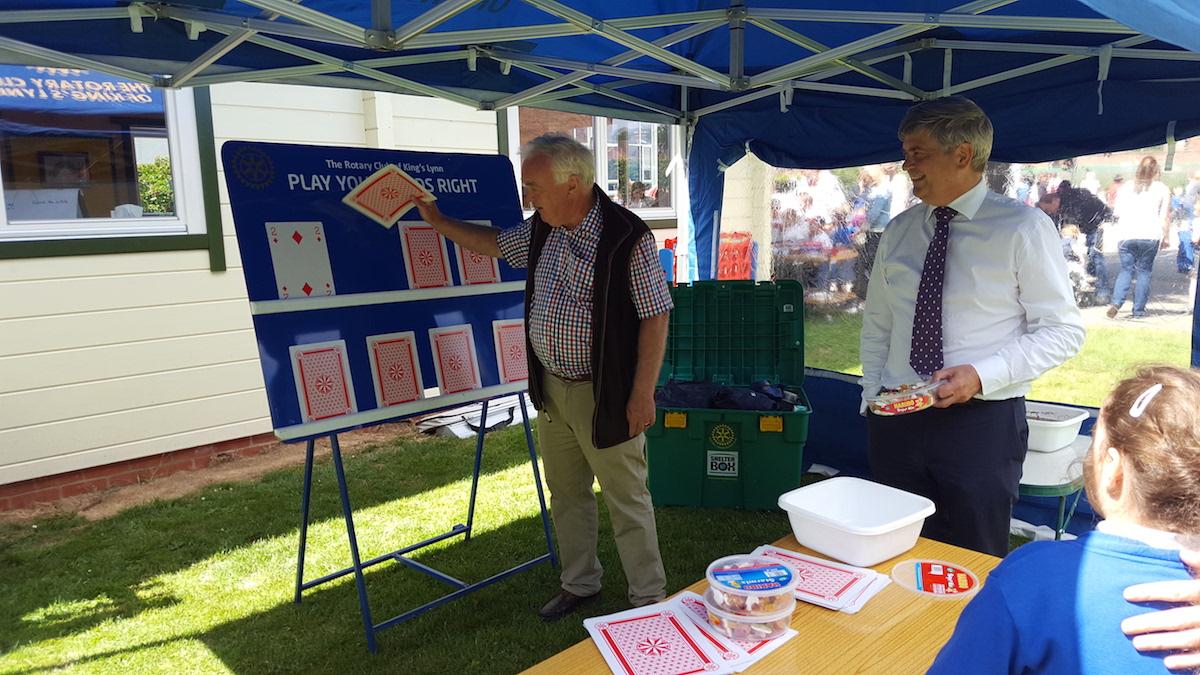 During a visit to the Club by Julie Kerr, Deputy Head of the Howard Infant's School, she made it known that the school lacked a quiet area where children could chill out during times of stress and a school governor had muted the idea of a garden, together with a plan of where it should be sited and how it could be constructed.

Specialist garden contractors Newby Leisure were jointly approved and commissioned to construct the garden at a cost of almost £4000.

On Friday 14th the garden named "Jenny's Bay" being the concept of School Governor Jenny Took, was formally opened with many parents and children in attendance.  A cheque for £3995.00 was presented by Rotary Club President Mark Walker to the Deputy Head Julie Kerr.

Mark explained that Rotary is a truly International organisation and that the funding was jointly shared between the Club's twin Club in Emmerich and he hoped it would become an important, lasting and much