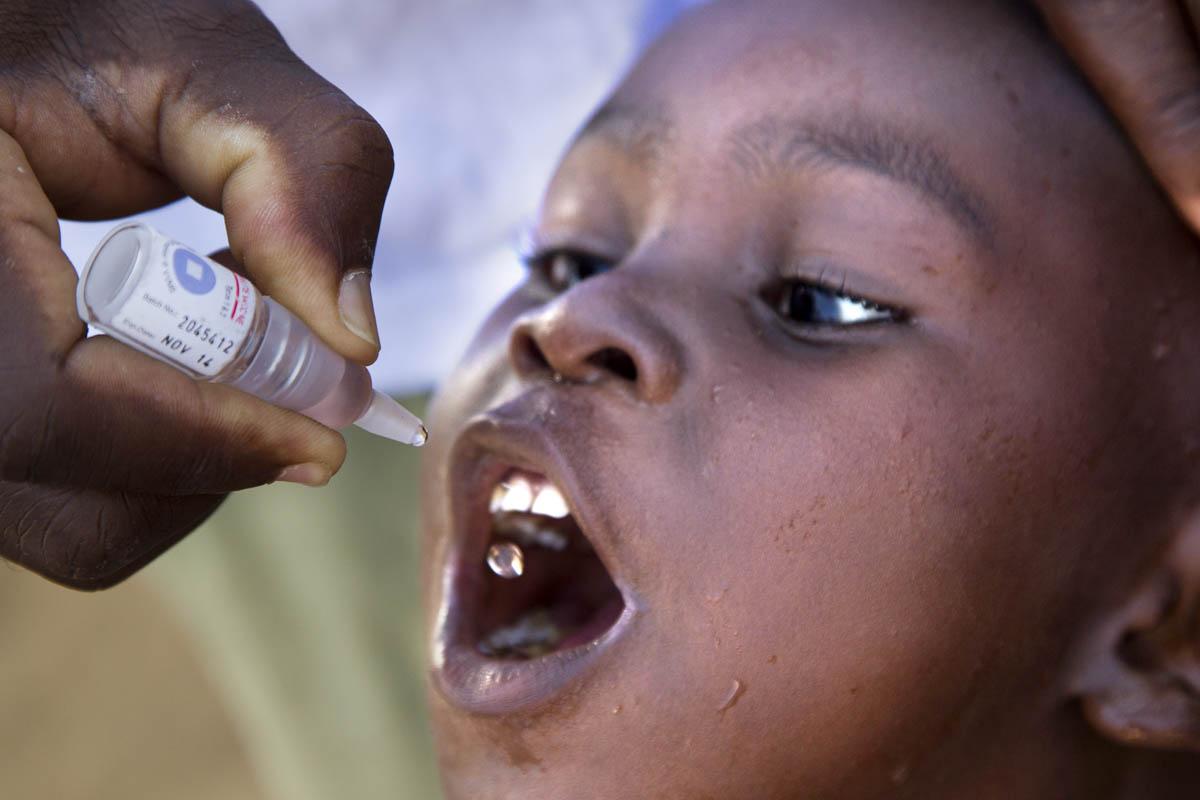 Rotary’s president in Great Britain and Ireland
has welcomed the UK government’s £100 million
cash boost towards the global battle against polio.

Denis Spiller said he was proud that Rotary has been the catalyst for a worldwide campaign which, he believes, will help in the final push towards eliminating polio for good.

International Development Secretary, Priti Patel, this morning (Friday) announced the multi-million pound commitment from the UK, which will be channelled through the World Health Organisation to implement programmes of the Global Polio Eradication Initiative.

Mr Spiller said, “This huge pledge from the UK government helps close the funding gap to a point where the end is now truly affordable and in our grasp. Polio will very soon be confined to the history books.”

“Polio will very soon be confined to the history books.”

Announcing the £100 million award, Ms Patel pointed out that the UK has been at the forefront of fighting global threats including polio. By making this push towards eradication by 2020, she predicted it will save 45 million children from contracting the disease.

“Polio has no place in the 21st Century. This devastating and highly infectious disease causes painful paralysis and is incurable – trapping the world’s poorest people in a cycle of grinding poverty,” explained the International Development Secretary.

“The world is closer than it ever has been to eradicating polio for good, but as long as just one case exists in the world, children everywhere are still at risk.”

Only two months ago, during Rotary International’s Convention in Atlanta, global leaders recommitted to the importance of a polio-free world, and pledged financial support, totalling US$1.2 billion against the additional US$1.5 billion needed to finally eradicate polio.

In Georgia, Bill Gates, who has been at the forefront of the polio campaign, addressed Rotarians urging them to continue their commitment. Through the “End Polio Now: Make History Today” campaign, every dollar Rotary contributes towards polio eradication is being matched two-to-one by the Bill & Melinda Gates Foundation – up to $50 million per year by 2020.

Today the co-chair of the Bill & Melinda Gates Foundation thanked the generosity of the British public, saying that as a result children everywhere can live healthier, more prosperous lives and thrive in a polio-free world.

Bill Gates said,  “It’s fantastic to see such a generous pledge from the UK to the global effort to eradicate polio. With the steadfast commitment of key partners like the UK government and dedicated health care workers around the world, we are very close to ending polio forever.”

Rotarians in Great Britain and Ireland have already contributed £30 million ($37 million) and pledged to support a global fund-raising goal of $50 million annually over the next three years.

Today’s announcement builds on the British government’s commitment in 2013 to spend £300 million on polio between 2013 and 2018. But even with the UK contribution, there is still a £128 million ($170 million) funding gap – and Ms Patel urged other nations to play their part in the fight. “Now it is time for others to step up, follow Britain’s lead and make polio history,” she added.

Polio was wiped out in the UK in the 1980s and there are more than 100,000 British survivors today. Globally, the wild polio virus still exists in Afghanistan, Nigeria and Pakistan, with eight new cases this year.

It is likely that the last new case of polio will be diagnosed this year, paving the way for the world to be certified polio-free by 2020.

Britain has had a long-standing commitment to making polio the second human disease in history to be eradicated, after smallpox.

As a direct result of the UK’s support to global efforts, which began in 1988, more than 16 million people are walking today who would have otherwise been paralysed. The number of people contracting the disease has been reduced by 99.9%.

The UK government’s support will:

immunise up to 45 million children against the disease each year until 2020 – that is 80 children a minute;

save more than 65,000 children from paralysis every year;

help over 15,000 polio workers reach every last child with life-saving vaccines and other health interventions; and

help save almost £2 billion globally by 2035, as health care systems are freed up from treating polio victims.

Rotary  Purple4Polio  ambassador, and Paralympian Ade Adepitan, who contracted polio as a baby, also welcomed the news. “We can see the finish line – and we can’t stop now,” he said.

“The UK has always been a world leader. It can be part of our legacy to be at the forefront of the race to eradicate polio around the world. Let’s keep doing what we are doing and make the world a better place for future generations.

“We are so close to eradicating polio. We need just one last push to make this disease history and change the world.”