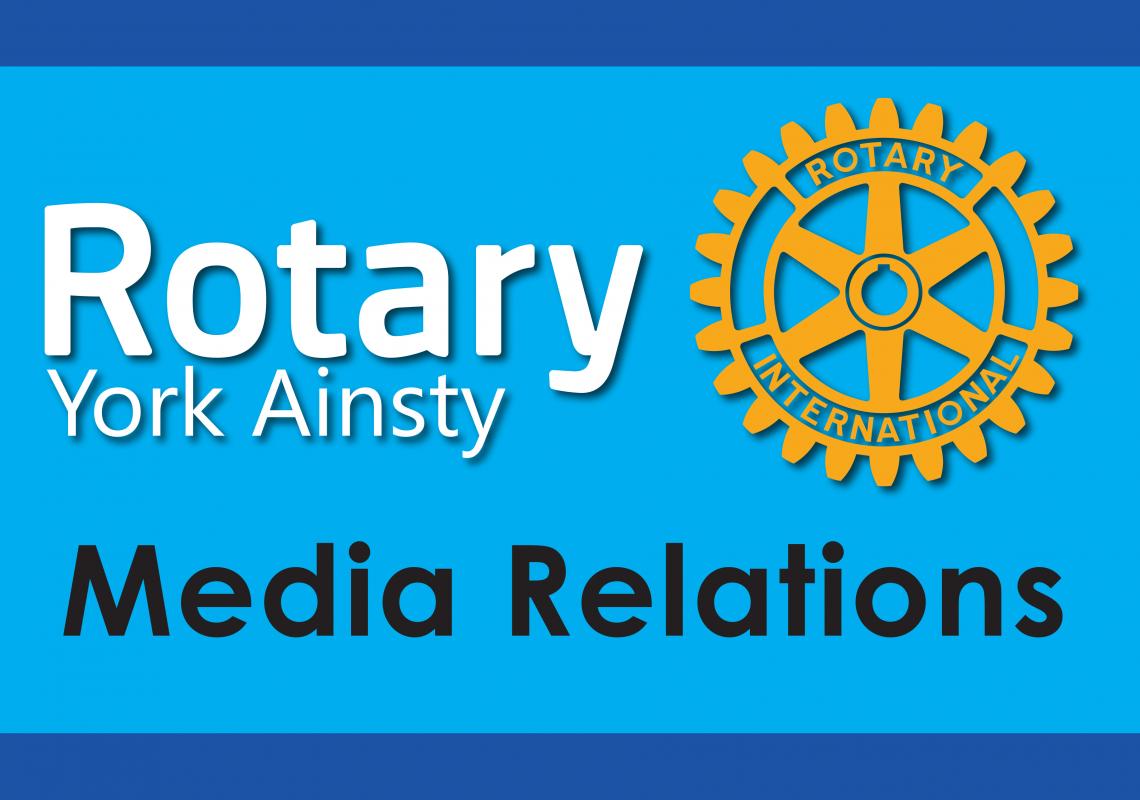 Purple4Polio: Rotary York Ainsty partnered with many of the primary schools in York to plant purple crocus bulbs to show support for the Purple4Polio eradication campaign. Press relases here: Crocus_Press_Release_Final.pdf  and here: RYA_Yearsley_Polio.pdf

The Rotary in York clubs: Rotary York Ainsty, City of York Rotary and York Vikings Rotary, combined to organise aqnd run a Technology Tournament for and aimed at secondary school pupils in the York area. Pres cuttings covering the event are here.

BELOW: The York Press 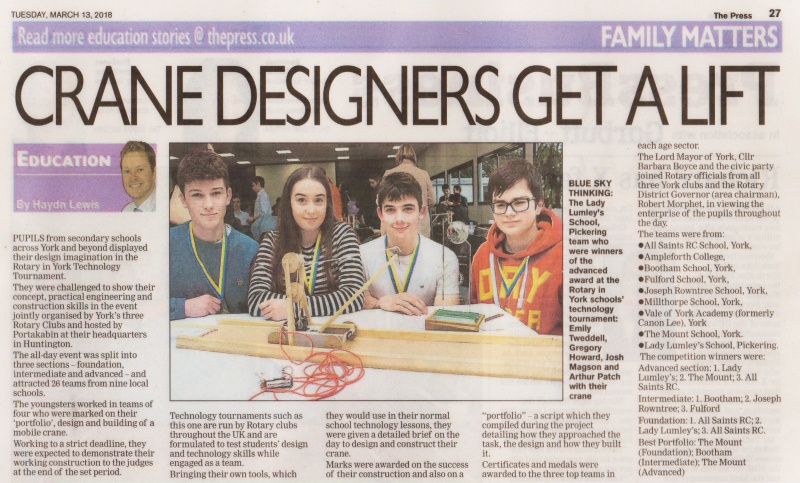 BELOW: The York Herald 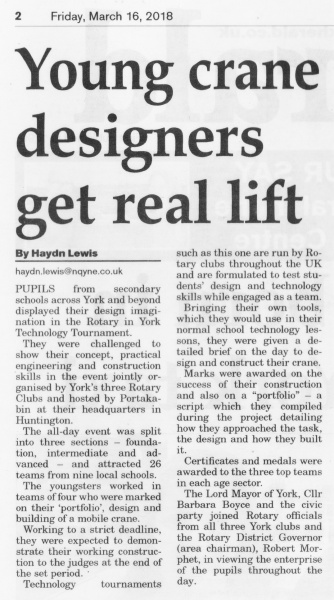 The Days for Girls, York project held a highly-successful workshop in York Minster, publicised by the majority of the national and regional prress.

A presentation evening at Poppleton Community Hall when pupils from the Manor CE Academy - DfG Ambassadors who had visited Malawi - were presented with special RYA certificates by York's Lord Mayor, Cllr Barbara Boyce. 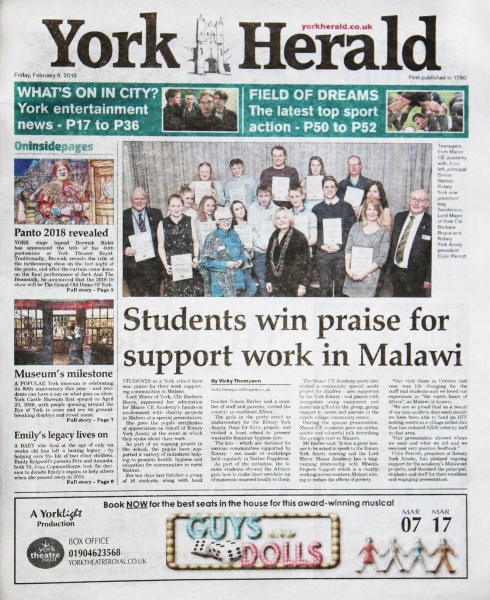 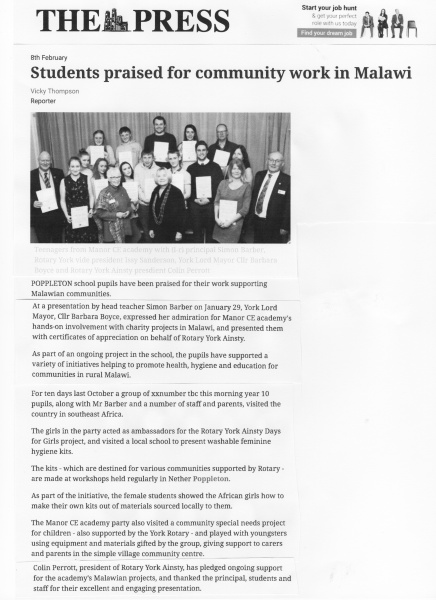 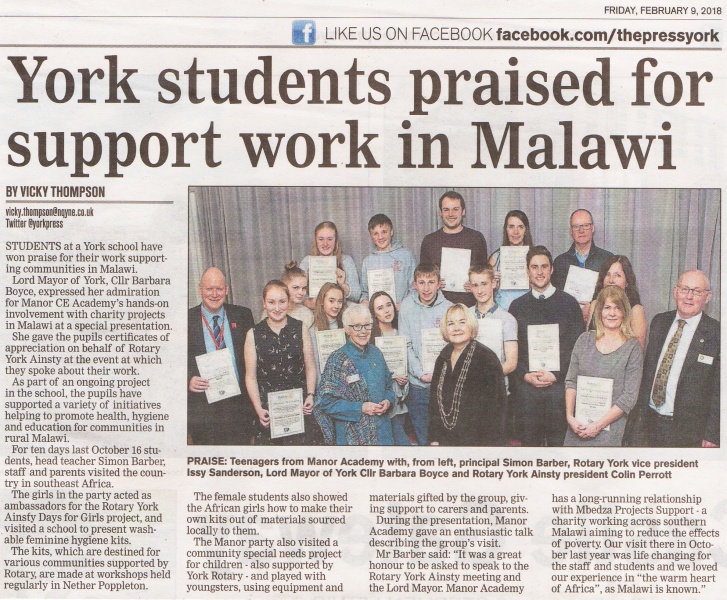 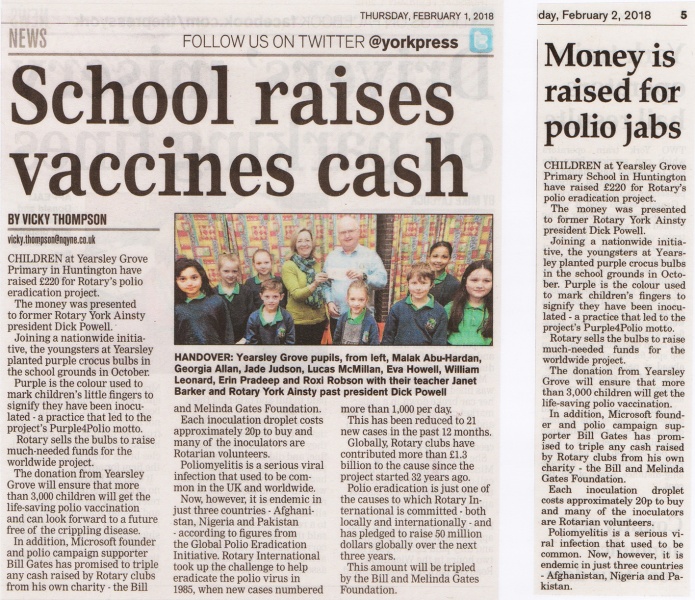 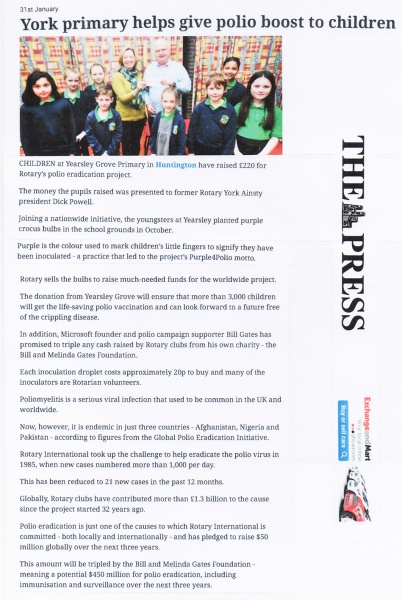 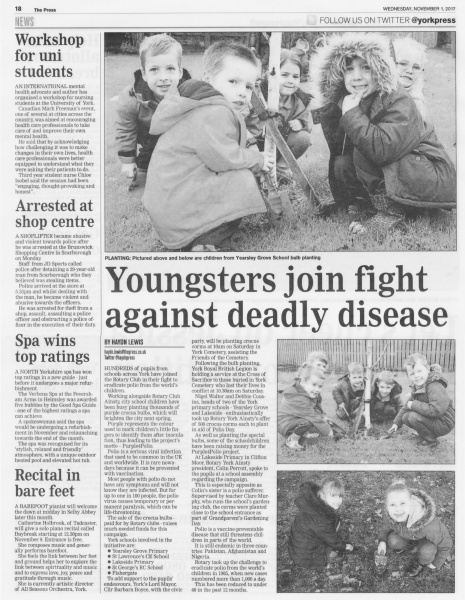 Rotary in York Technology Tournament: For full size cuttings click on the image. 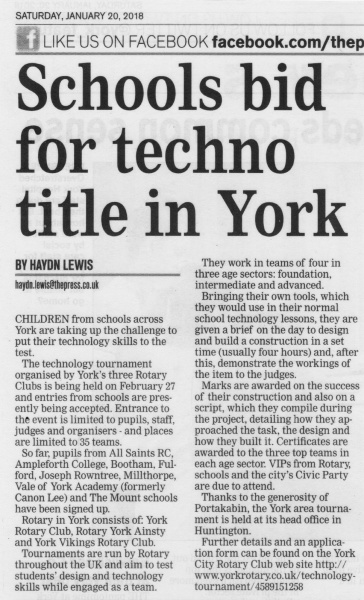 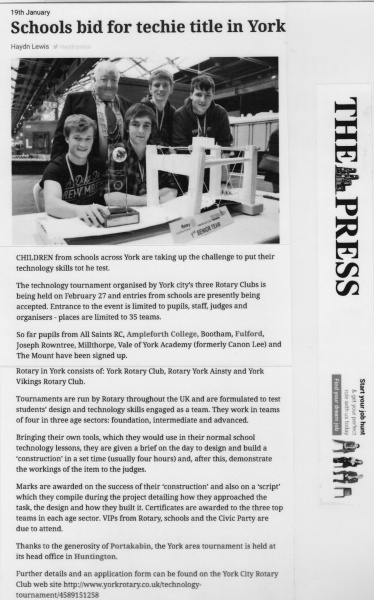 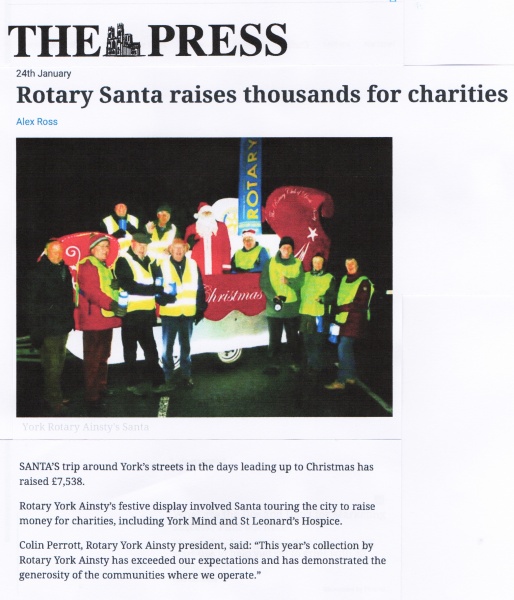 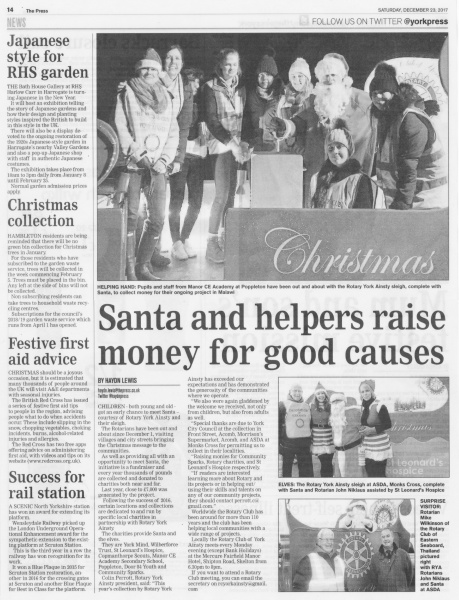 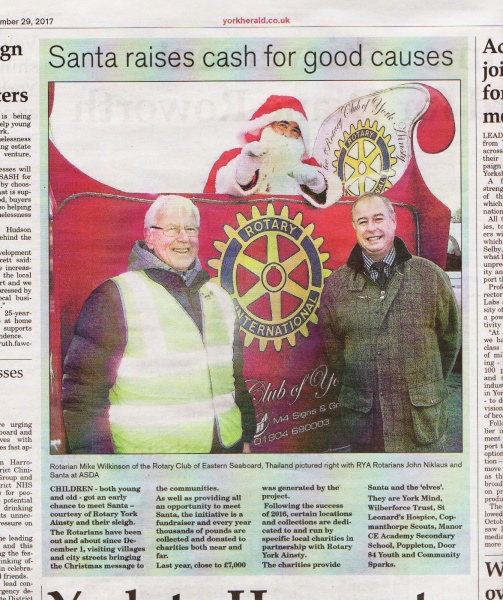 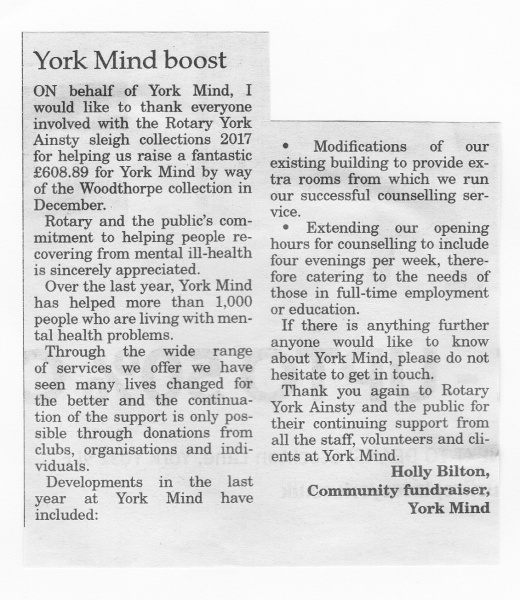 Working with the media sub-pages: 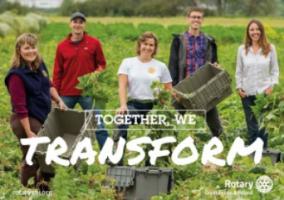