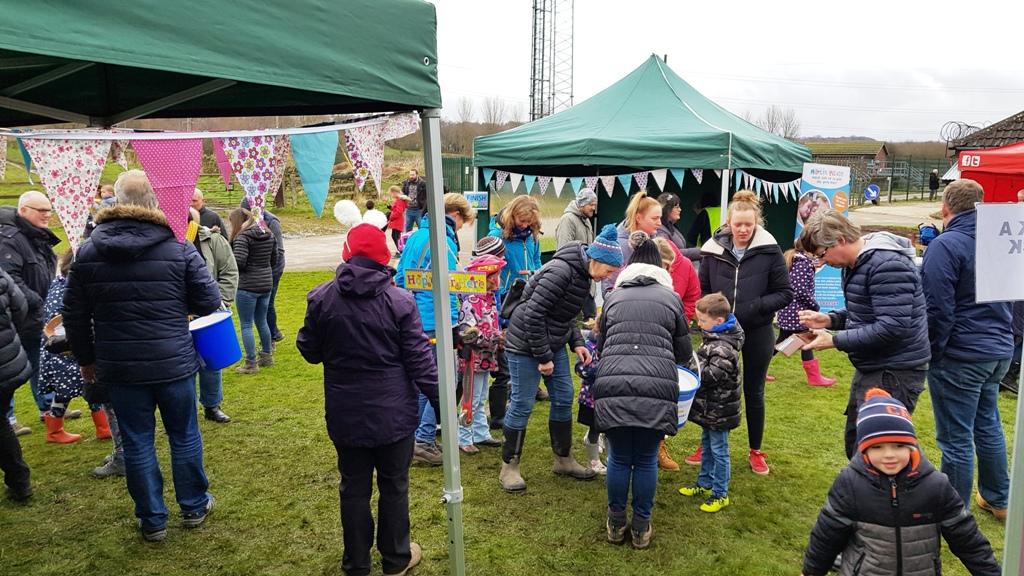 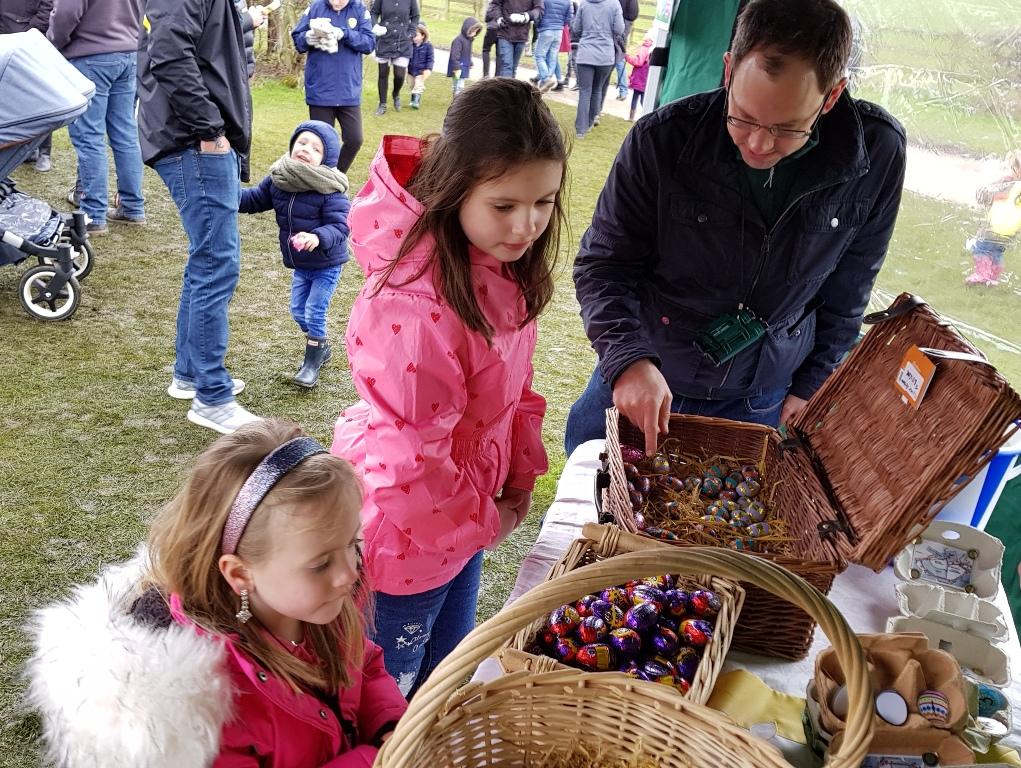 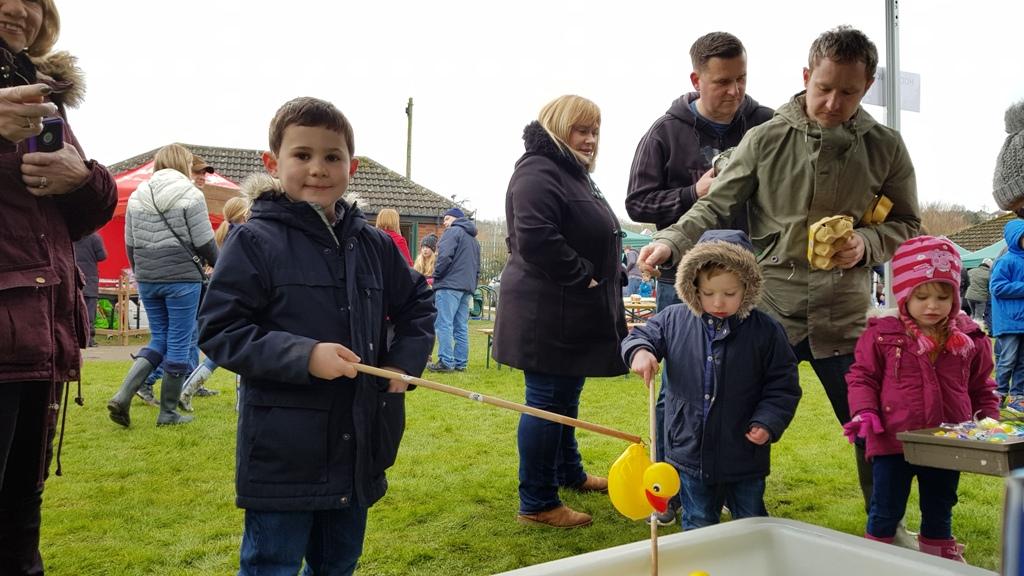 Despite a record number of eggs (235) donated for the tombola, around 700 prizes for children completing the token circuit and trays of toys for the Hook-a-duck we ran out in several areas before the 3 p.m. finish.The amount raised for local and international charities including one of President Heather's Charities of her Year, Martin House Hospice, was a stunning £1583 easily surpassing last year's figure. Almost half of this came from the general public's generous donations at what was a 'free' event.

Our thanks go out to the massive crowds who supported this joint Rodley Nature Reserve/ Rotary Club of Aireborough event (despite the unpromising weather) and especially to the impressive number of volunteers who manned the stands, the cafe and the car parks.

It was reward enough to hear the many comments praising the whole event, to know how many people were returning a second and third time and to hear that they will be back next year, thankfully three weeks later in the calendar.

Our apologies go to those who completed the circuit without being able to claim a prize. We promise to meet the demand next year on Sunday 21 April when the sun will shine..

More details and pictures will follow later once weary limbs have been rested.

more This will be hosted by Bill and Janet Kerr at 78A Harrogate Road, Rawdon, Leeds LS19 6ND. Cost £10, with separate afternoon and evening sessions, it might be helpful to bring a chair! A list of items you could bring for the bagpacks will be circulated

more President Heather Read with Janet Appleton, the last of the trio to receive her badge of office 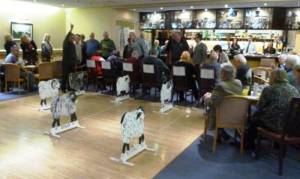 more Aireborough Nomads, a satellite group of the Rotary Club of Aireborough, attracted a full house to Horsforth Golf Club for its first ever charity fund-raising event, a race night featuring competing sheep.

more Reception for RYLA/Ocean Trust parents +Izzy Palmer, our sponsored equestrienne and her mother Caroline. Easter Egg Hunt and May's Ukrainian evening will also be on the agenda.

more Final planning for Easter Egg Hunt, reflections on Sheepstakes and then what next for the burgeoning calendar? 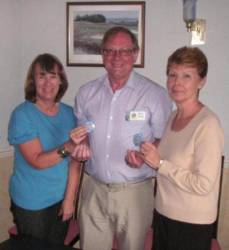 more Joining the Rotary Club of Aireborough during President Brian Whitham's year - Maggie Braker and Janet Kerr soon to be followed by Heather Read and Liz Kenwood-Herriott taking up the new Rotary challenge of 'We're for Communities'.

more Final preparations for the Easter Egg Hunt will be discussed including rotas but will be preceded at 1.30 p.m. by a Bake and Make session at the Kerr household, finalising items for the various stalls and the tombola. Notes from last meeting follow. 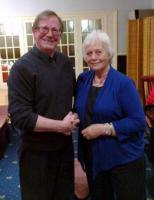 back The Thursday group initially the Nomads began as a satellite group meeting on the first and third Thursdays of the month at Horsforth Golf Club between 6.00 and 8.00 p.m. on an informal 'drop-in'basis. Periodically other venues are also explored.