When a child receives their life saving polio drops on mass polio immunisation days in many countries their little finger is painted with a purple dye so it is clear they have received their life saving vaccine. The resulting mark on the child's finger was observed to look just like the petals of an opening purple crocus, hence the birth of the crocus symbol for Polio Eradication. The Purple4Polio initiative here in Great Britain and Ireland was designed to unite Rotary club activities engaging with local communities to help raise the vital funding needed to wipe polio off the face of the earth.

Thanks to Rotary, and the support of our partners WHO, Unicef, CDC and the Bill and Melinda Gates Foundation, there are now just three countries still classed as endemic: Pakistan, Nigeria and Afghanistan. To finish the job over 2 billion doses of oral polio vaccine have to be administered each and every year in over 60 countries until the world is finally certified polio free. 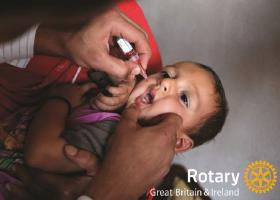 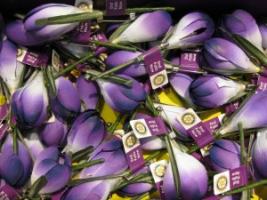 more Highlights from the history of Polio Eradication over the years 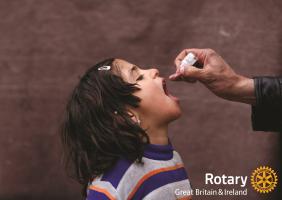