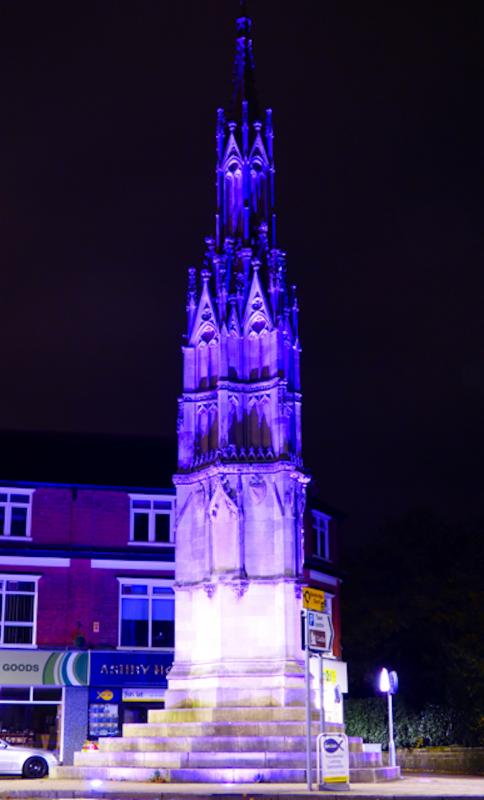 Purple for Polio success! Africa is now Polio free - continue the fight with us 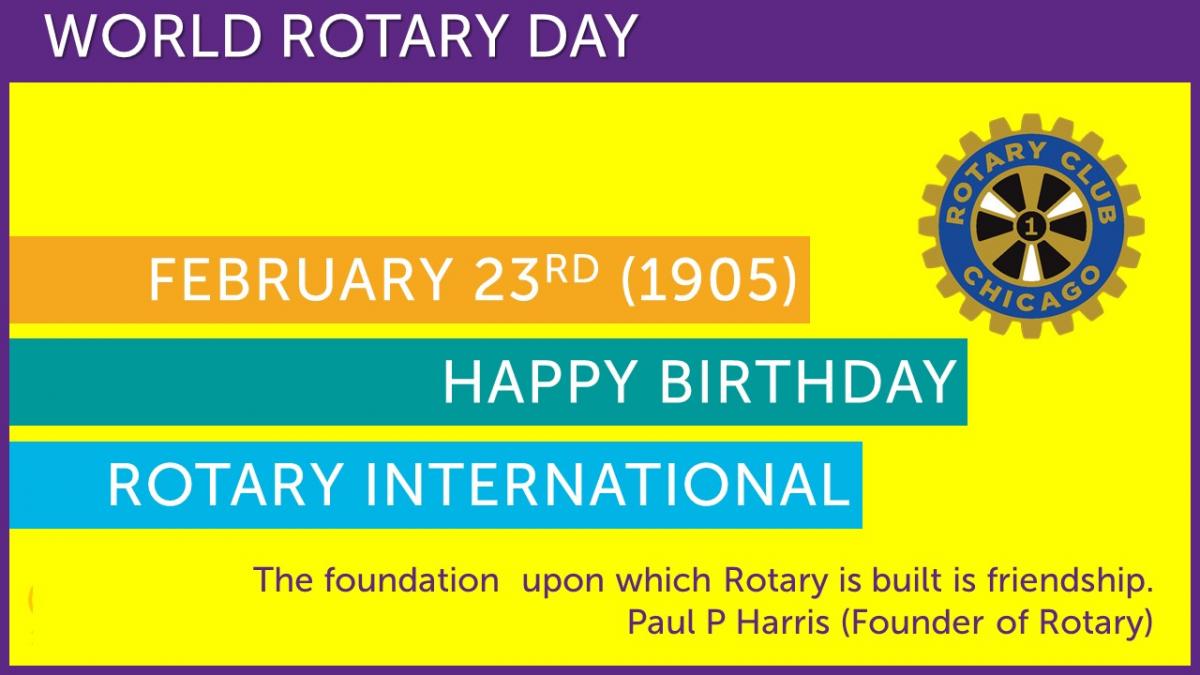 The Rotary Club of Ashby de la Zouch continues to make historic progress towards a polio-free world by lighting up the Loudoun monument in Bath Street, Ashby and has done so again this year. The club continues to urge communities to support the battle to end the paralysing and sometimes fatal disease. Collections have taken place at Co-op and in Market Street, providing funds to tackle this dibilitating disease and to continue to provide vaccine services for Polio and Covid 19 internationally. Grateful thanks go to retailers and Ashby Town Council for their continued support.

With only two countries where wild poliovirus cases are being reported we are seeking to eliminate the last 0.1% of cases - notoriously the last round is always most difficult!

Purple is the colour of the dye placed on the little finger on the left hand of a child to show they have been immunised against polio, hence the name Purple4Polio. With millions of children to vaccinate, this makes it easier to see who has been protected and who has not.

The Ashby de la Zouch Town Council  historically agreed that the much loved Loudoun Monument should be lit up with purple light. In addition, the Ashby Rotary Club displayed End Polio Now so that the public are able to learn more about the audacious programme to eradicate polio from the face of the world. Every child in the world must be inoculated at a cost of only 30p per child.

Ashby Rotary Club has forefronted the push in this last step to achieve the goal of a polio free world which will be a terrific legacy for the world.

Since Rotary and its partners launched the Global Polio Eradication Initiative nearly 30 years ago, the incidence of polio has plummeted by more than 99.9 percent, from about 350,000 cases a year in 125 countries to just a handful of cases in two polio-endemic countries.

To sustain this progress and protect all children from polio, Rotary has committed to raising US$50 million each year in support of global polio eradication efforts. The Bill & Melinda Gates Foundation will match Rotary’s commitment 2:1. Without full funding and political commitment, this paralysing disease could return to previously polio-free countries, putting children everywhere at risk.

Purple crocus corms will be planted at the Phoenix Charity in Packingto this year in support of our campaign and to  improve the natural beauty of environment. This adds to the many millions planted over the campaign's lifes. Several thousand of which have been planted in Ashby, as part of the campaign to End Polio Now.

Rotary has contributed more than US$1.7 billion to ending polio since 1985, including countless man-hours freely given. It is estimated that 16 million children globally would otherwise have suffered from polio had it not been for Rotary’s sustained programme.

Please check our Facebook page to see how much we have raised this year with your help we can make this a disease of the past!

Ashby Rotary and the NFU

The three Ashby Rotary Clubs will be supporting Children's charities again this year look out for Santa in your area! 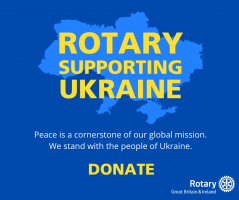 Rotary in Ashby supports the people of Ukraine

Support for Ashby and District Charities 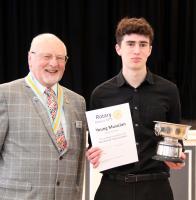 Ashby Rotary's new initiative is to form, nurture and expand a satellite group with an alternative modern club offering 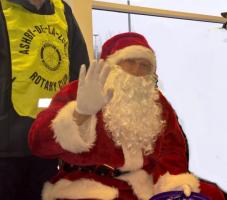 Vocational Service - for the next generation

Environmental Service - caring for the planet

Want further information about an event?