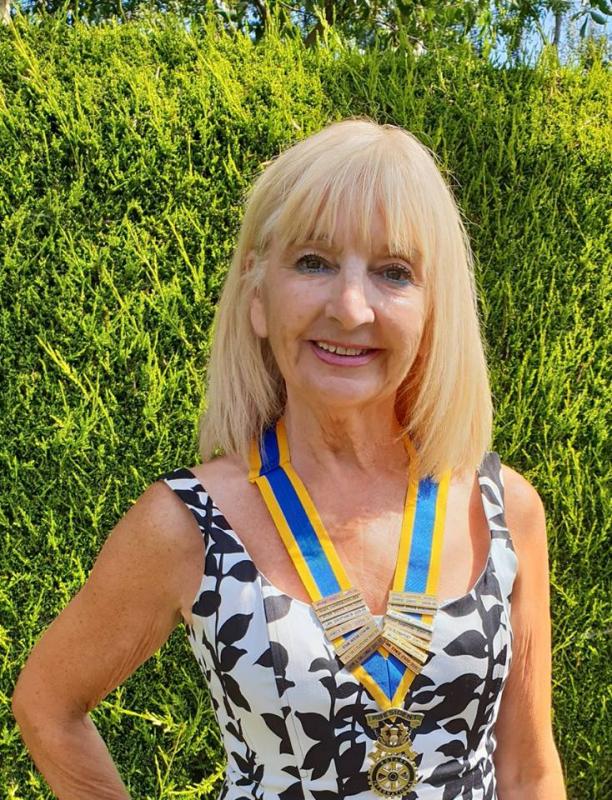 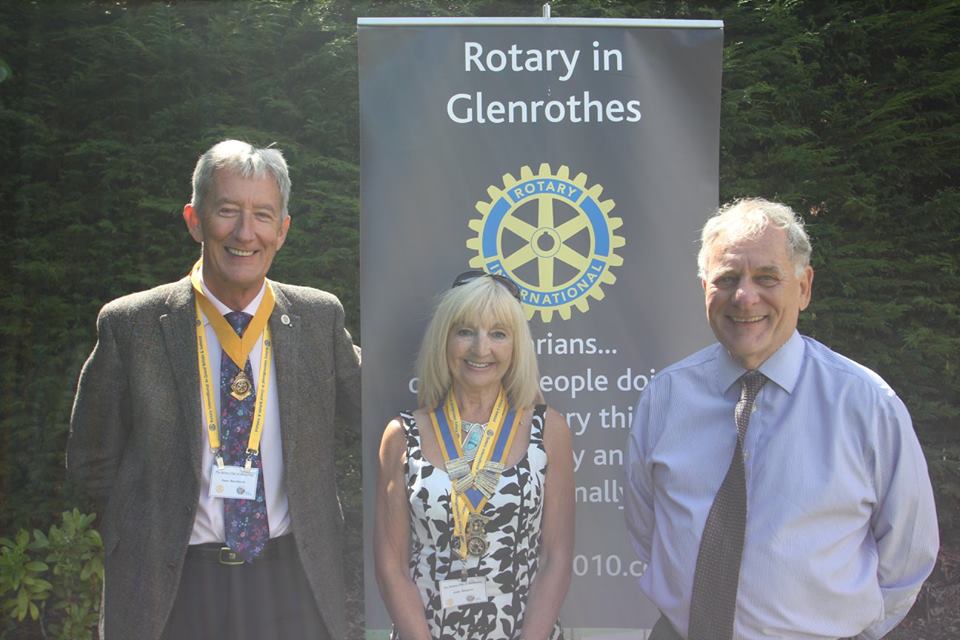 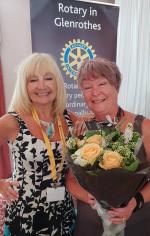 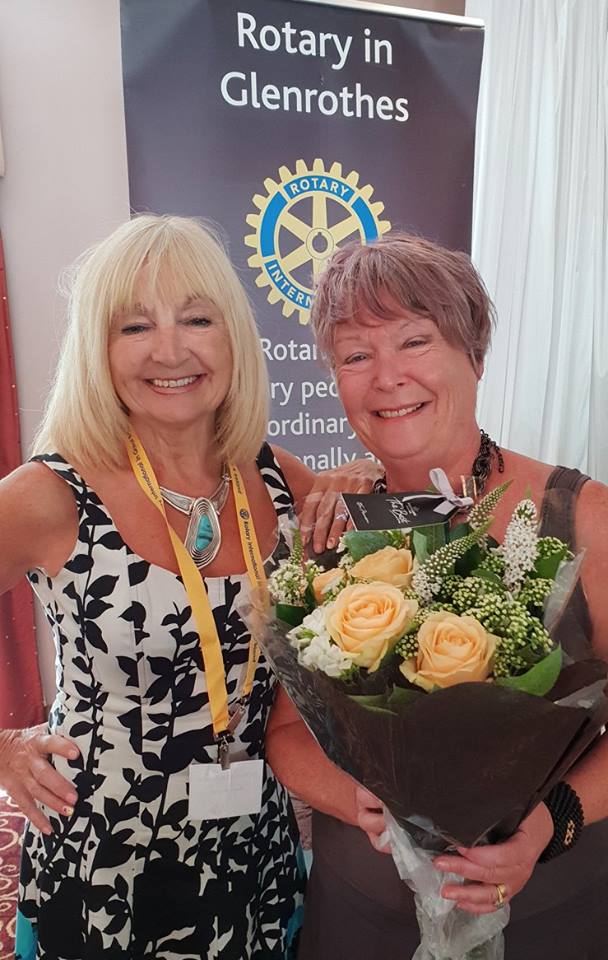 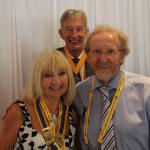 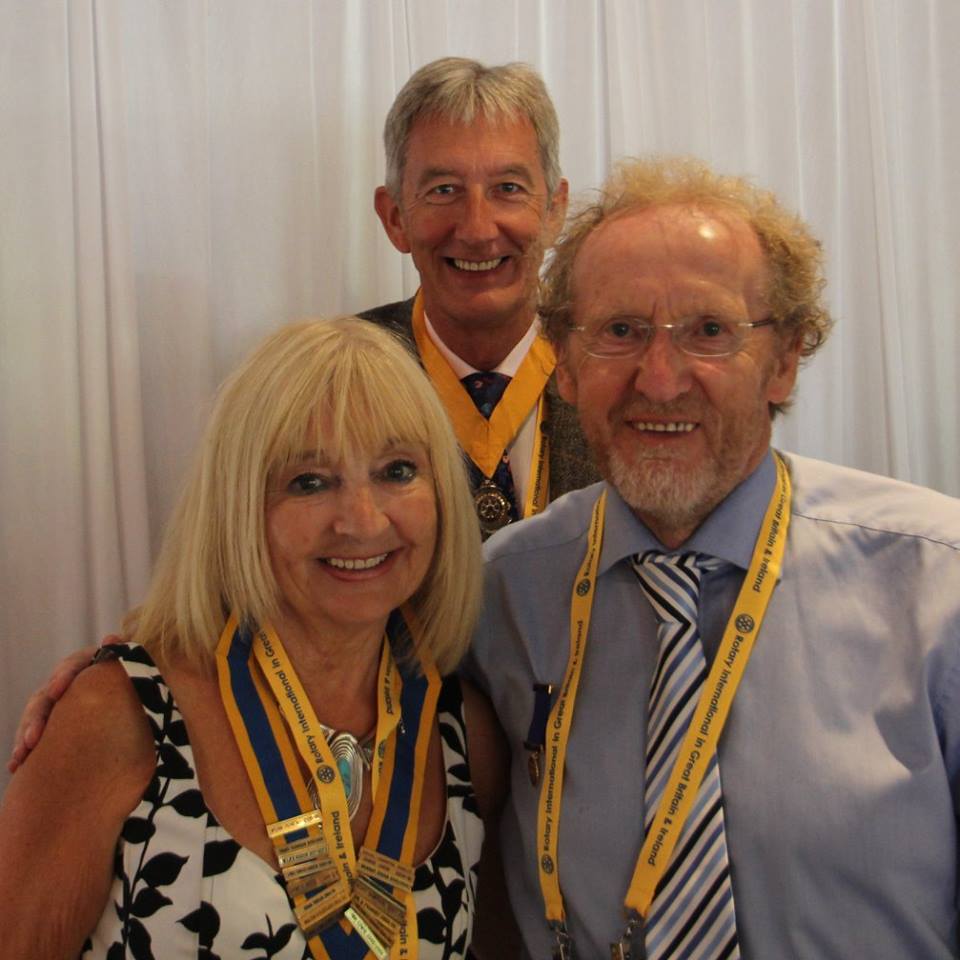 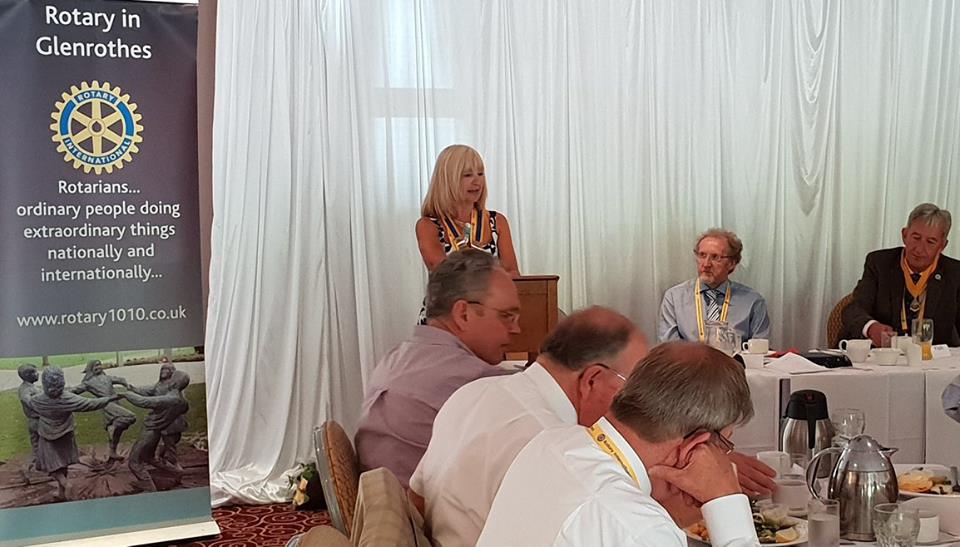 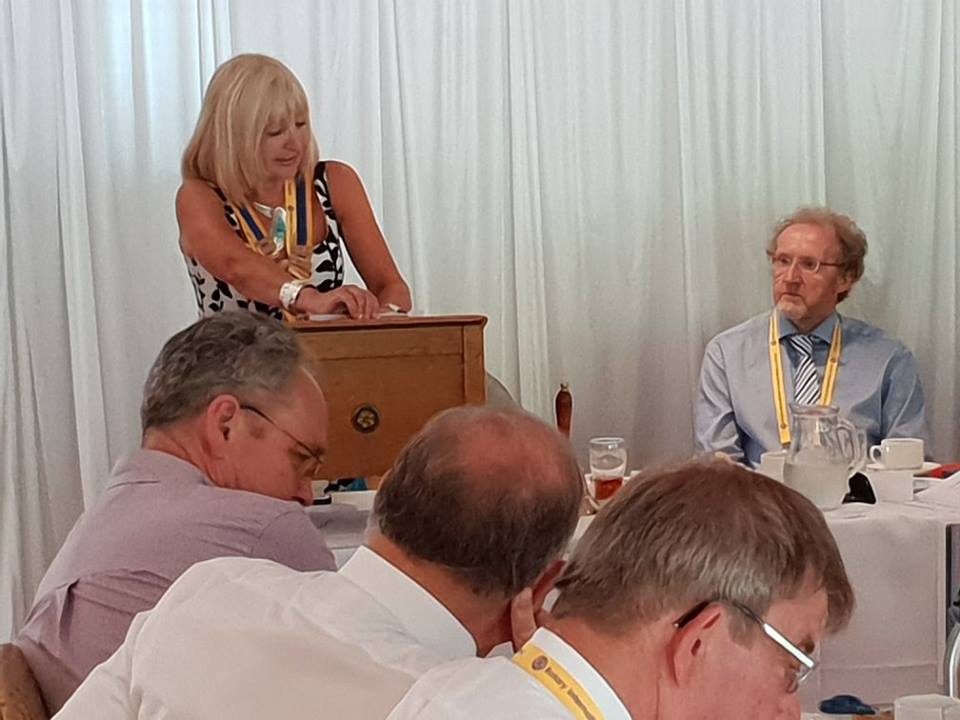 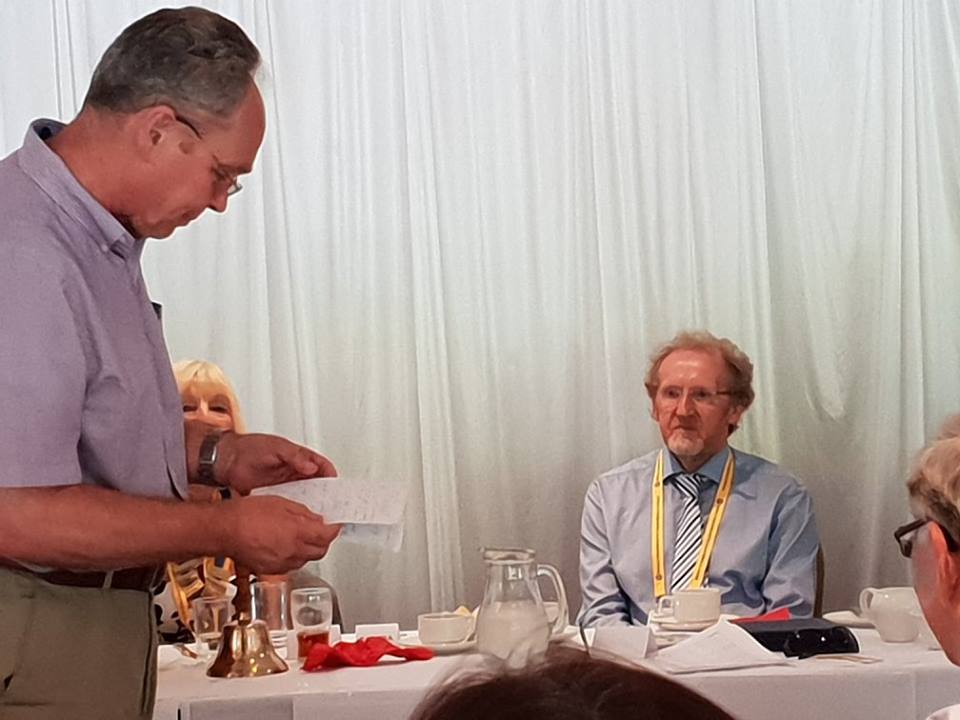 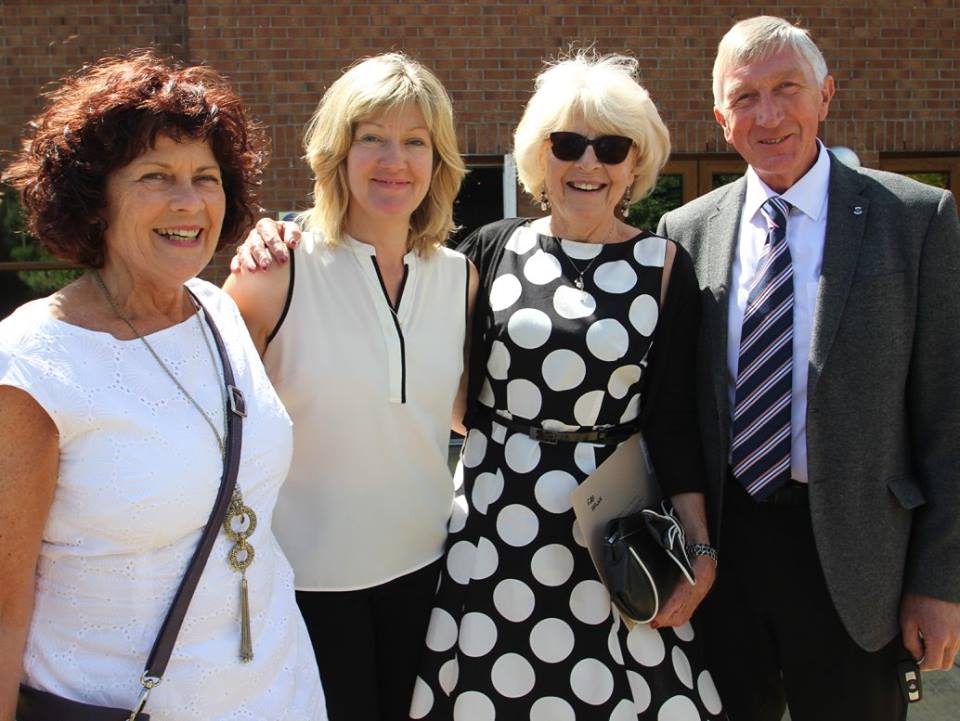 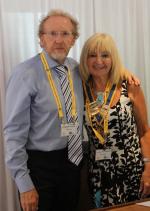 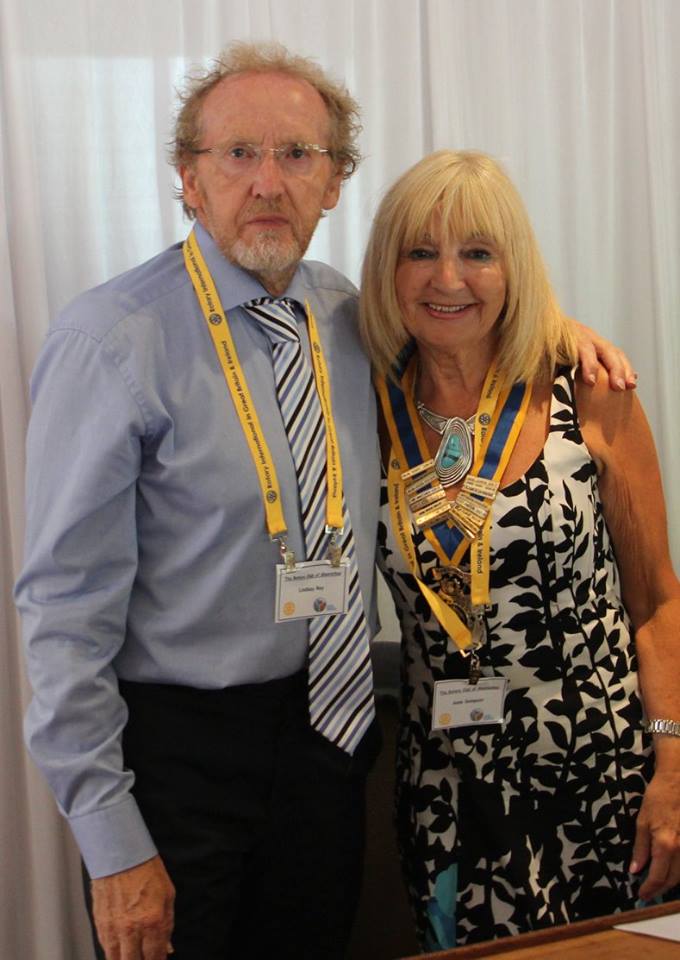 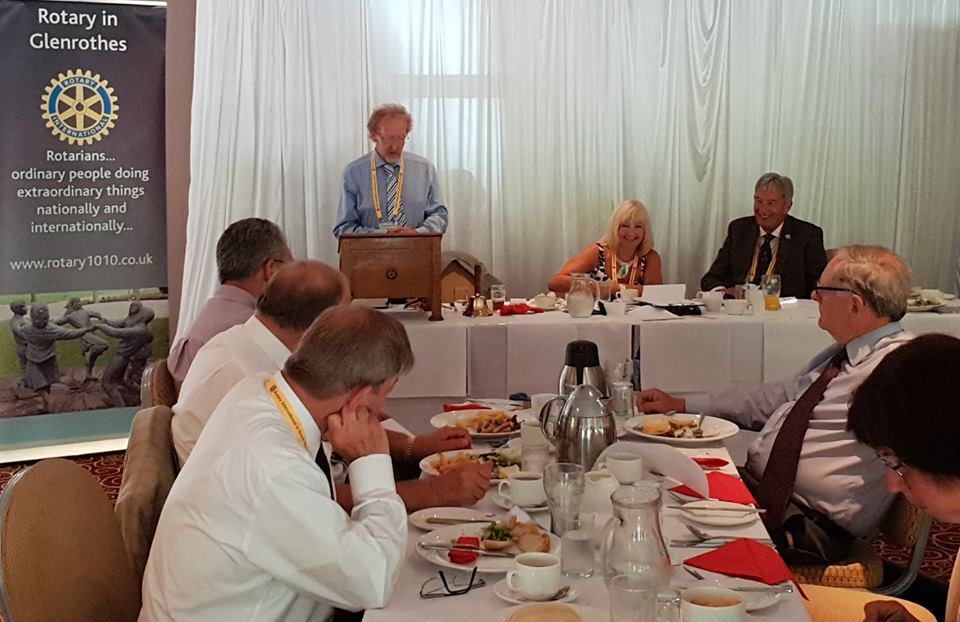 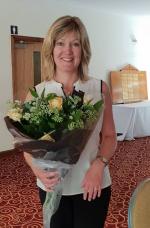 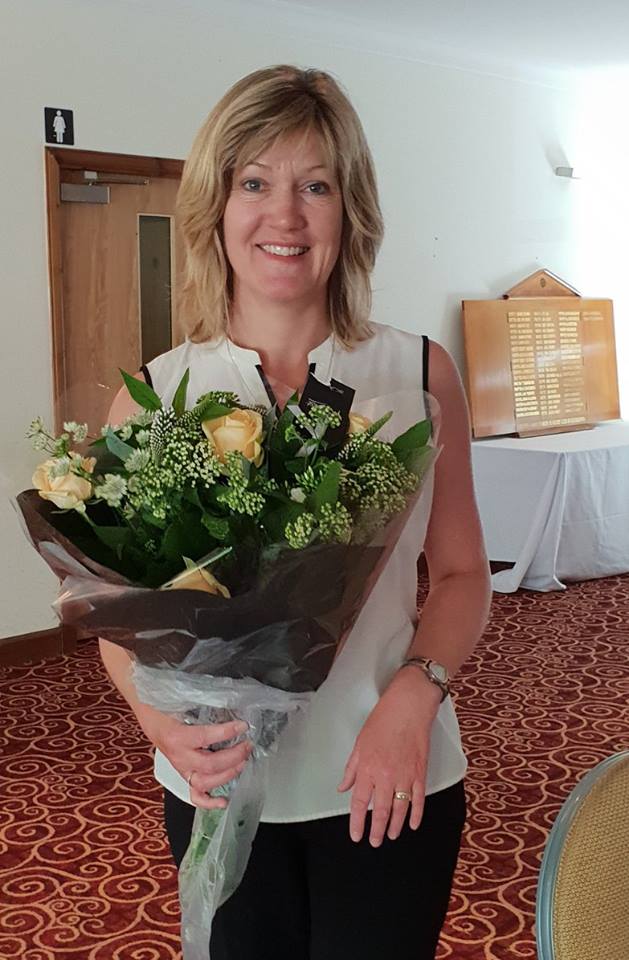 The Rotary Club has a new President Anne Sampson was presented with the chain of office as Retiring President Lindsay Roy bestowed the honour of President to Anne at today's meeting (July 6th) Tinged with sadness on what should have been a happy occasion today after Rotarian's had just returned from the Funeral of member Gerald Cameron only an hour or so before this meeting, also on the back of news of the death of Paul Harris a few days ago.

The Handover went well as now IPP Lindsay passed over the Presidents chain to President Anne as she then passed the SVP chain to Ewen MacDonald and he the JVP honour to Jack Dempsey. Presentations of flowers were given to IPP Lindsay's wife Irene and flowers were given to Secretary Sheila Matthew who is stepping down from Rotary after 20 years to concentrate on business commitments. Bill Wooton humorously spoke about IPP Lindsay as some pictures of Lindsay's life were revealed in picture format, his school head's life, Political life, Rotary Life and his garden fish.
Congratulations to Anne as she takes the helm in what will be a very important year for the club as they try to rebuild membership again to be at the forefront of supporting the community and Internationally as well.
Anybody who has time to give please respond to this message..Rotary has changed, a lot of what happened before, but now more flexible..Help us to help your community.