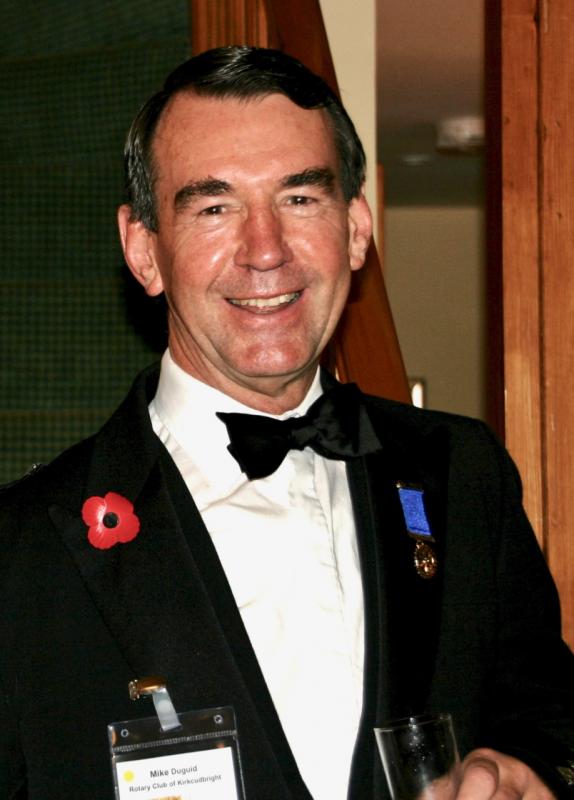 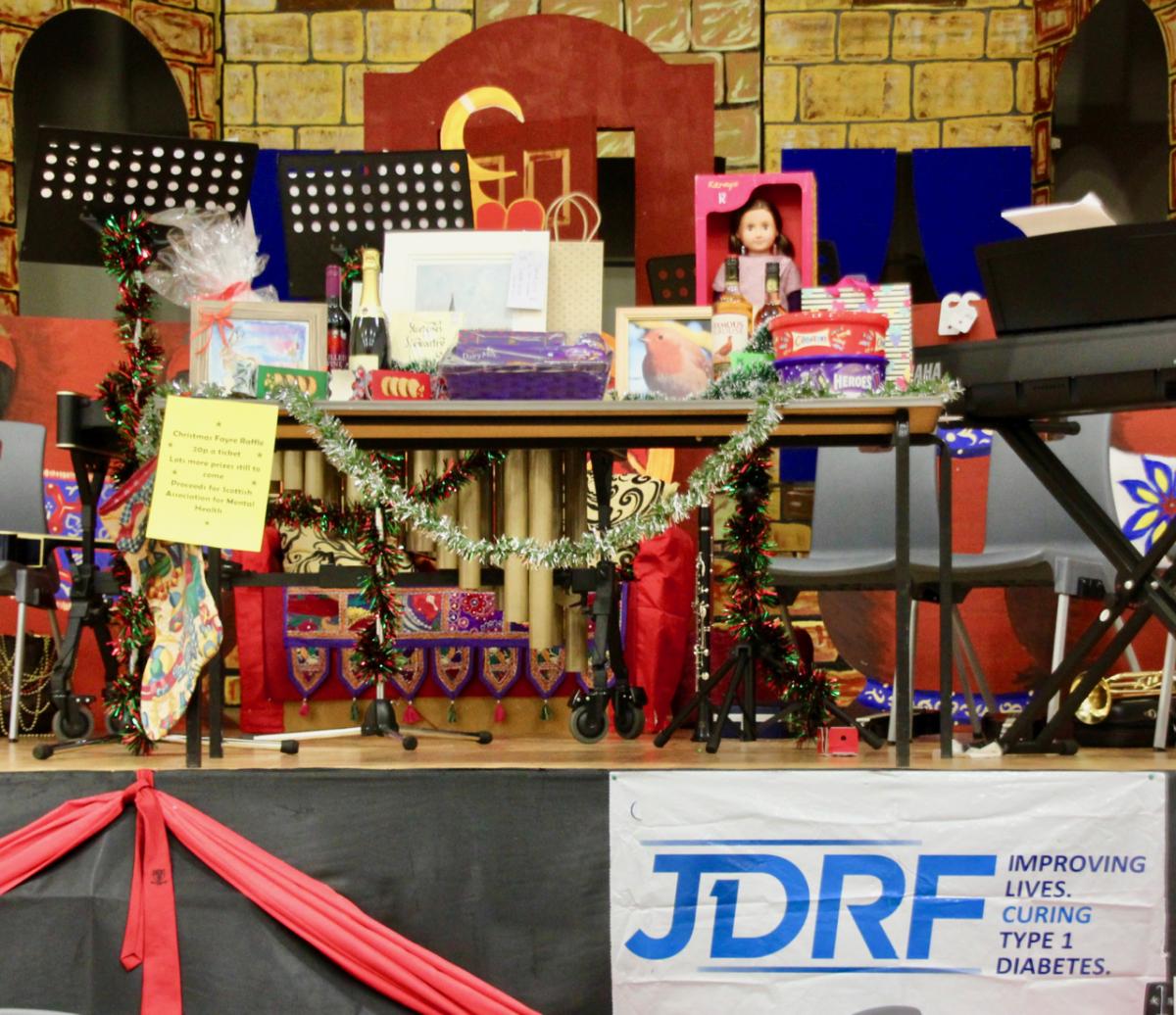 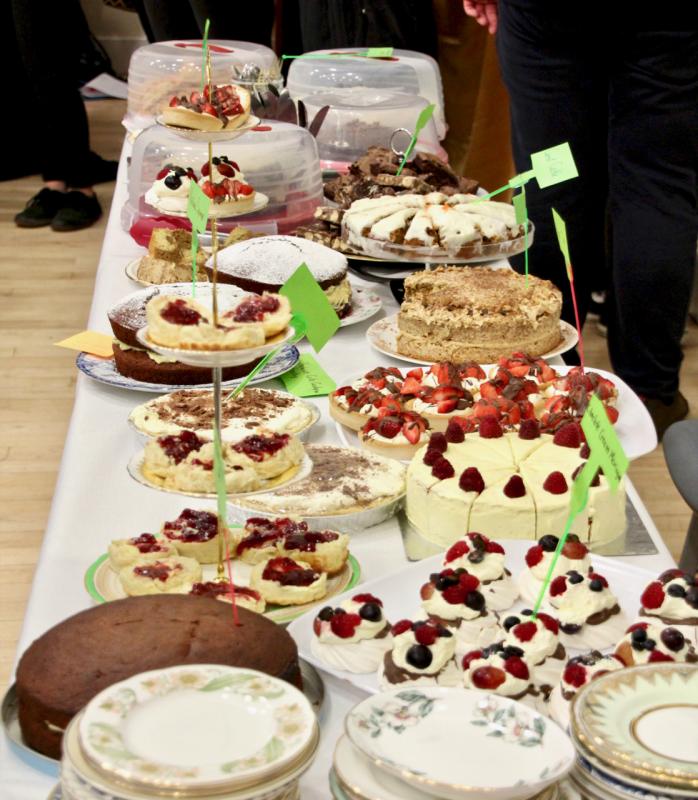 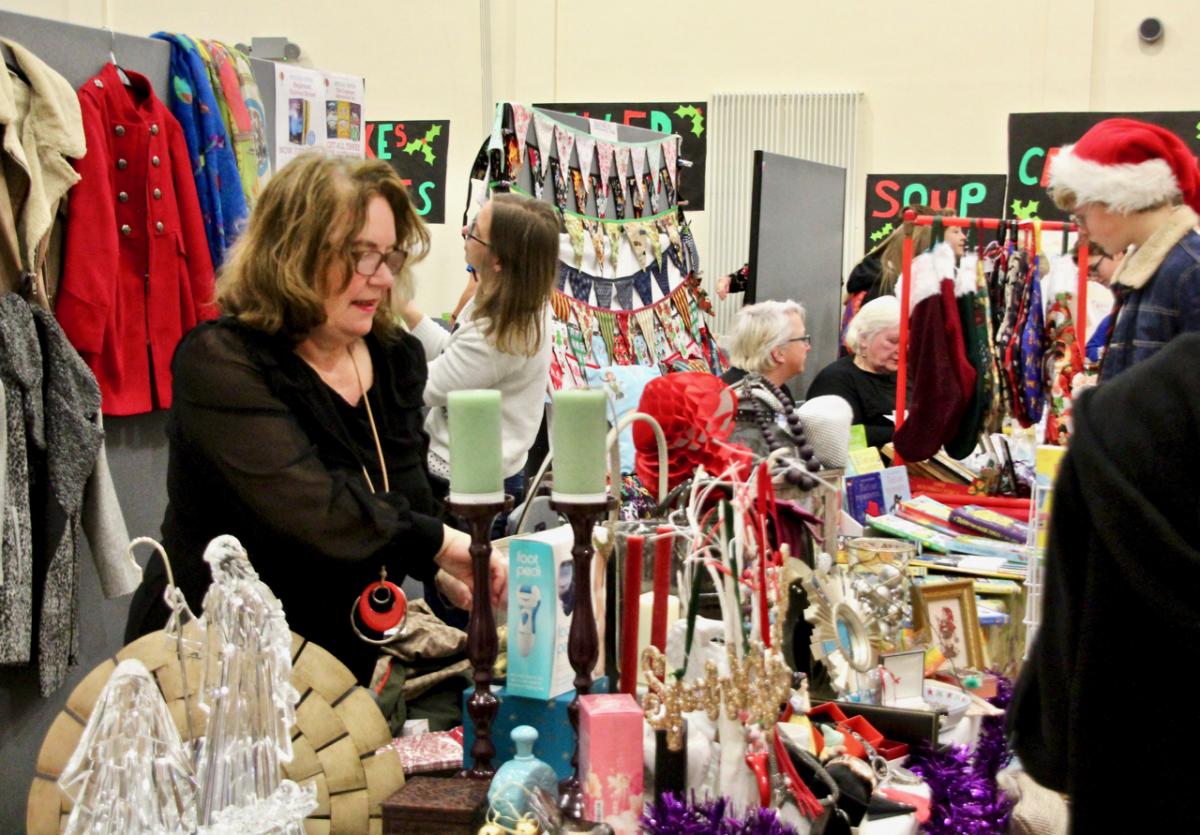 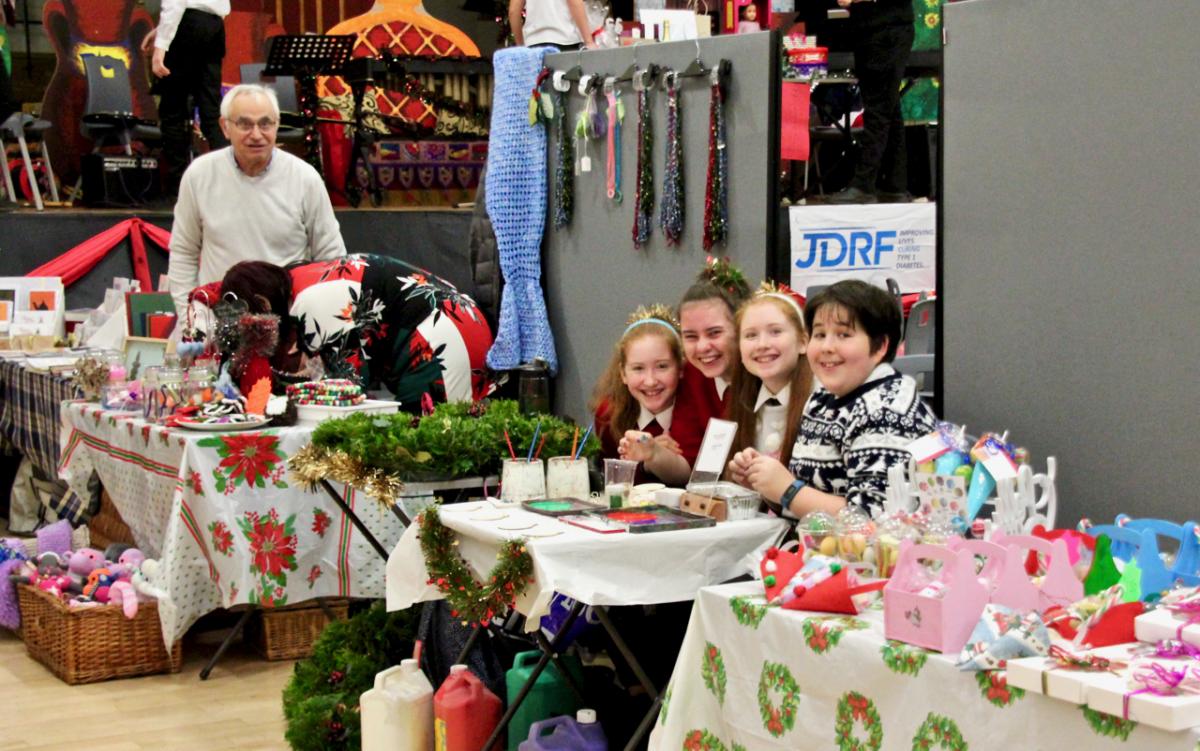 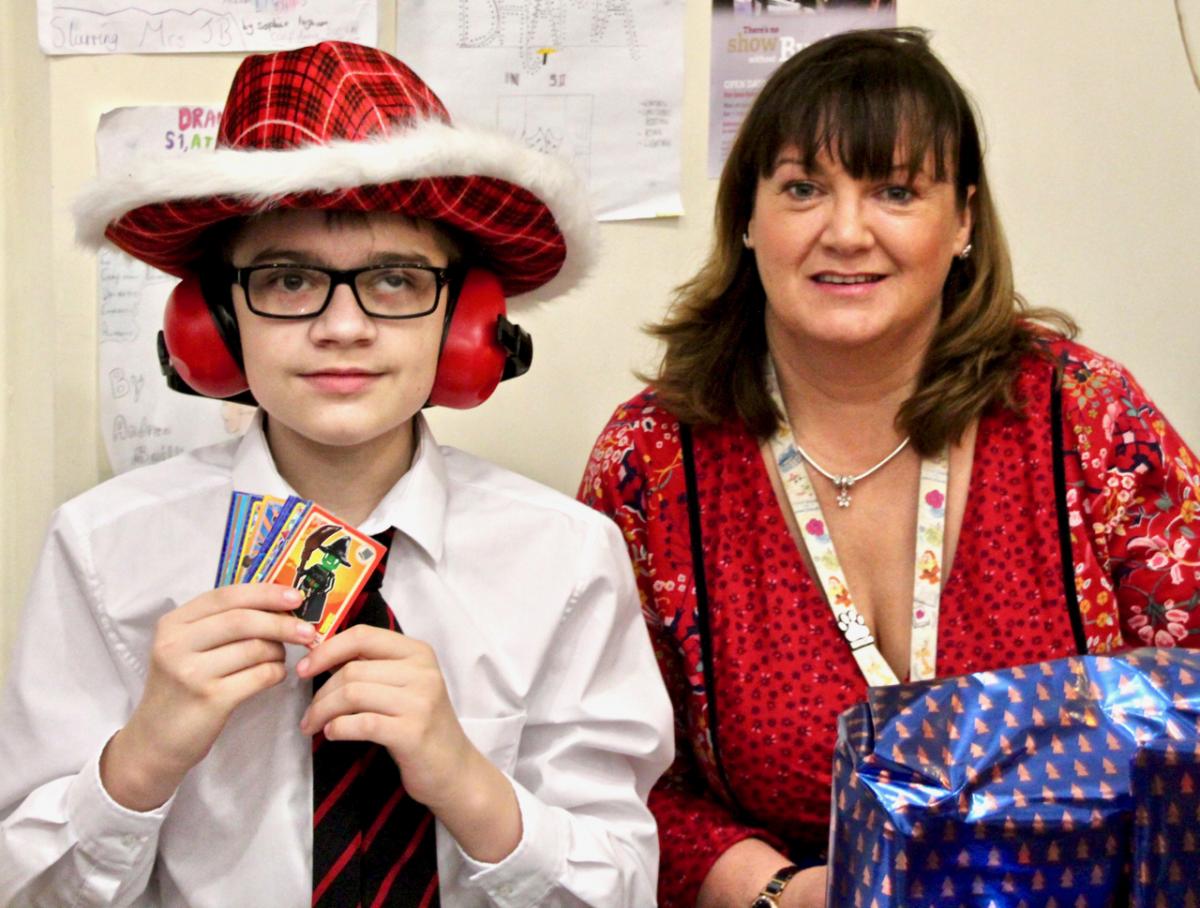 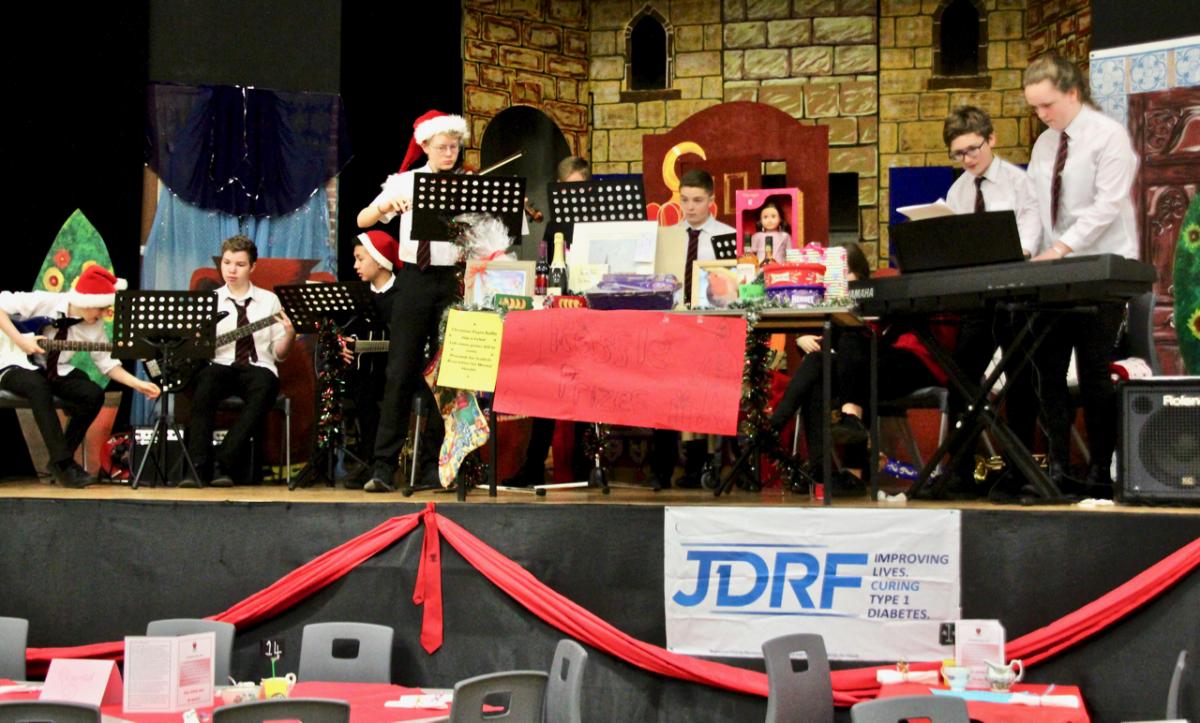 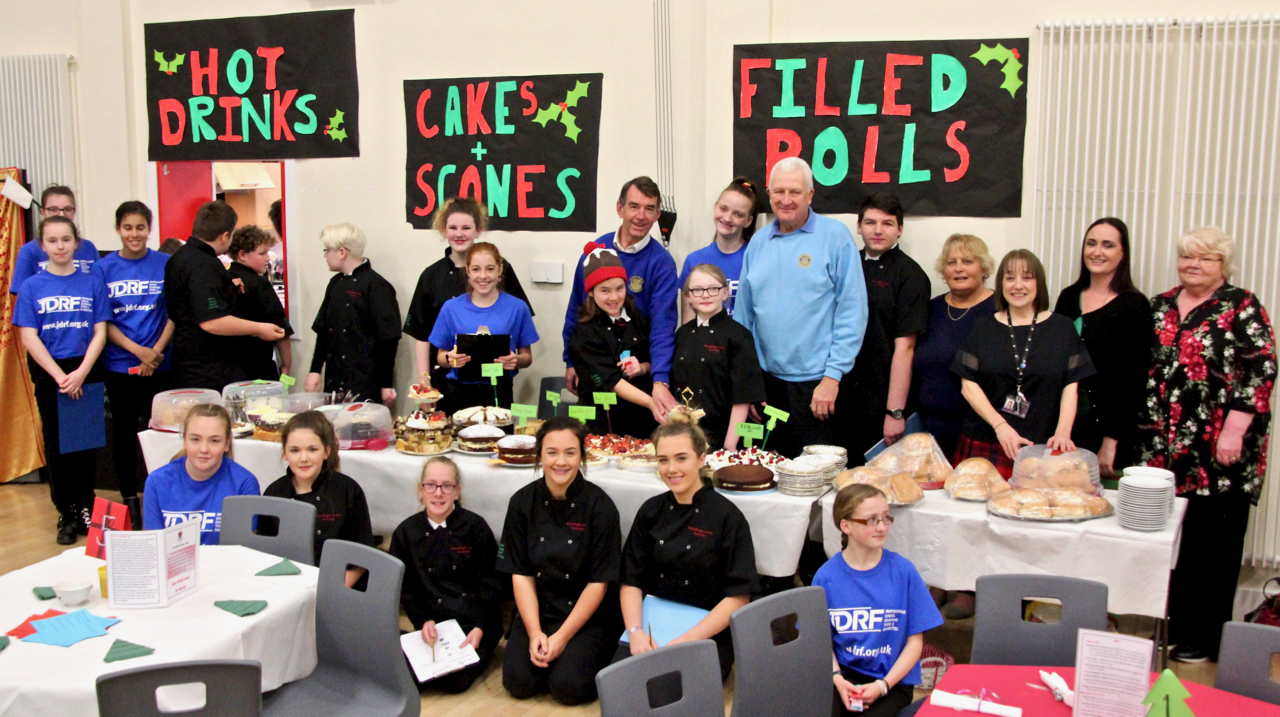 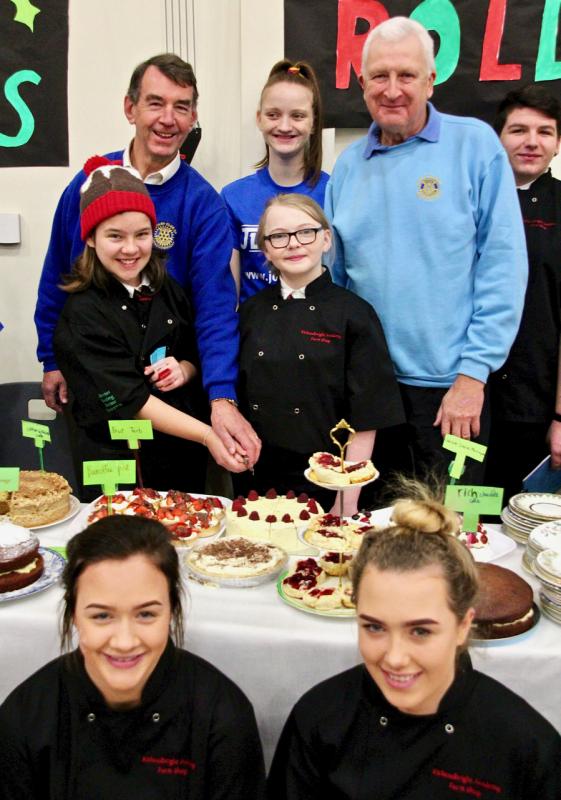 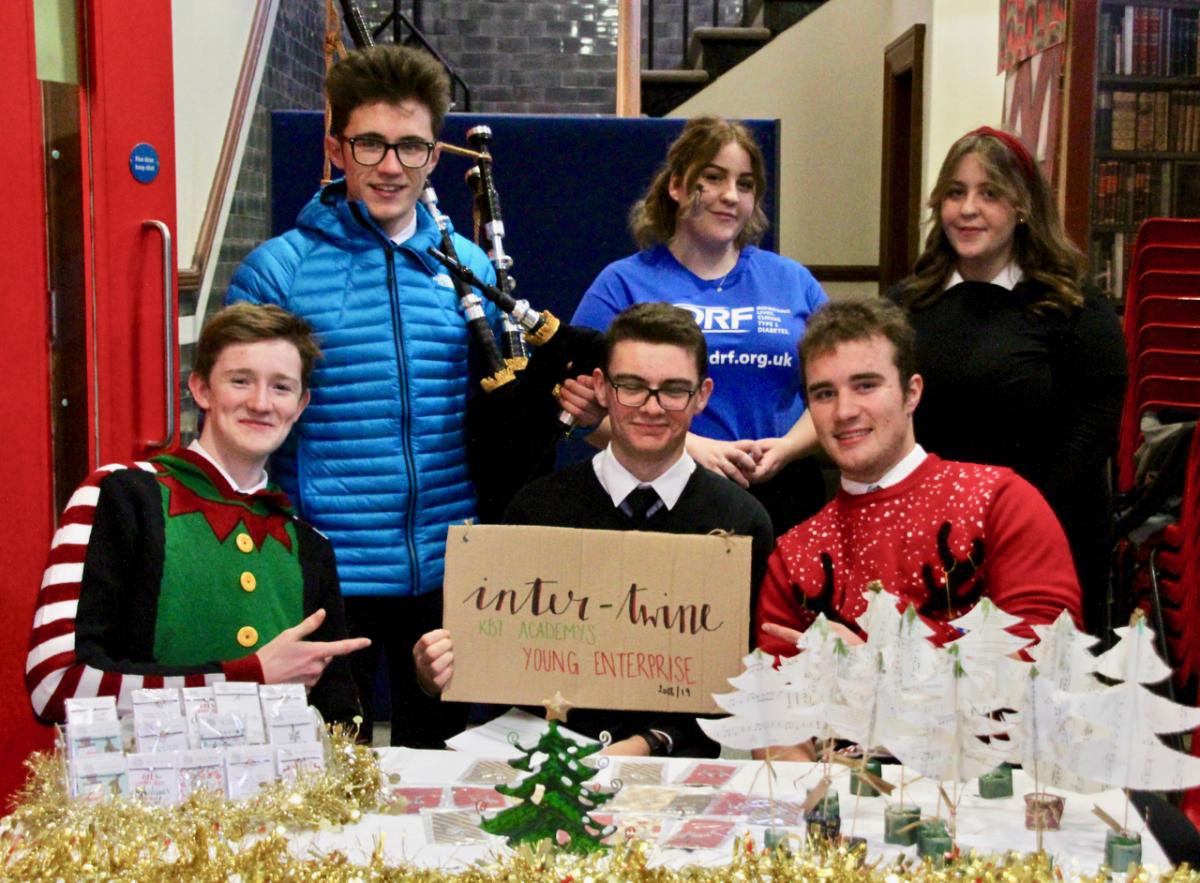 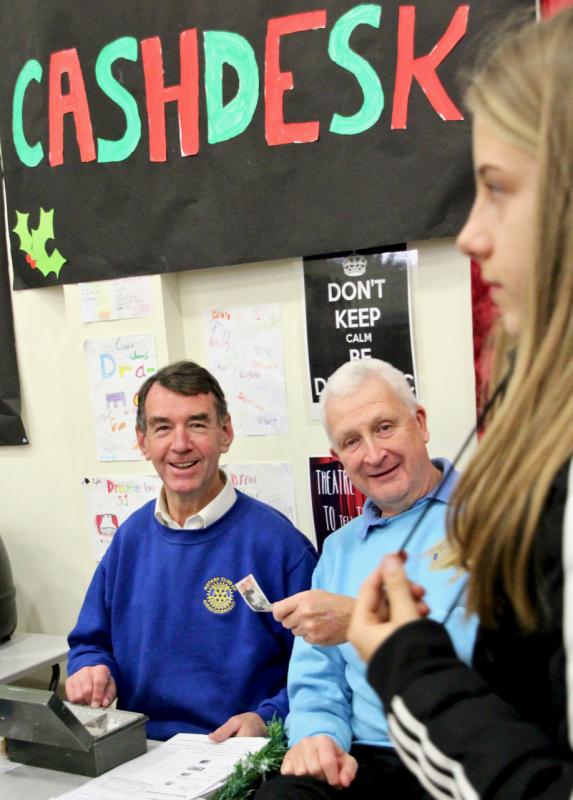 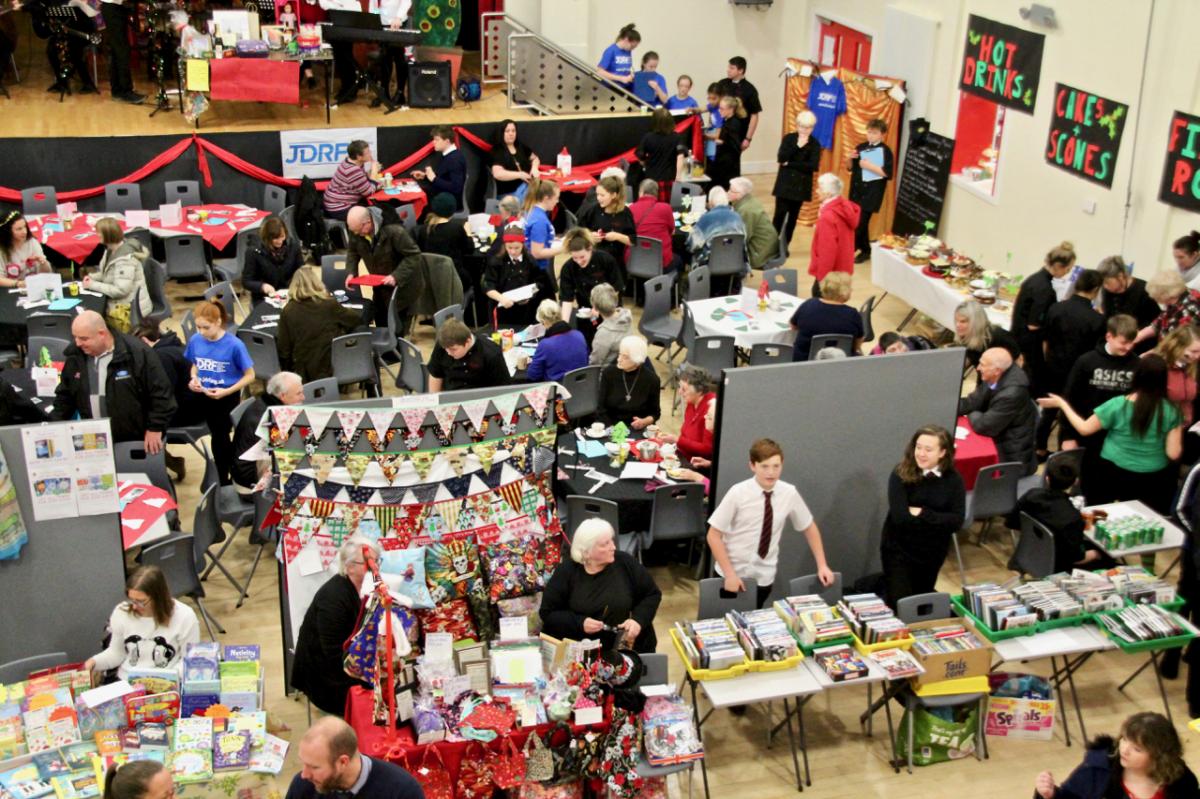 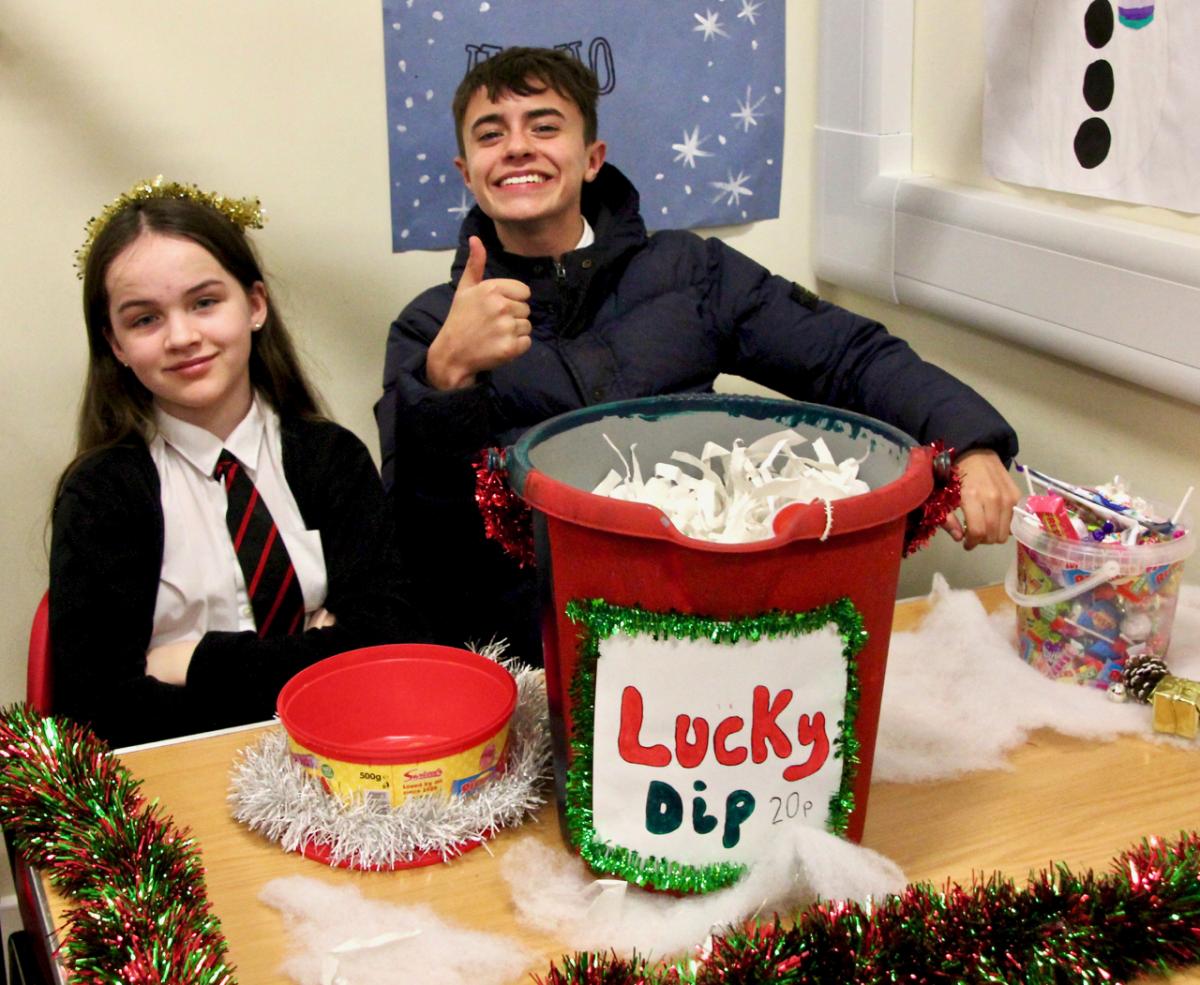 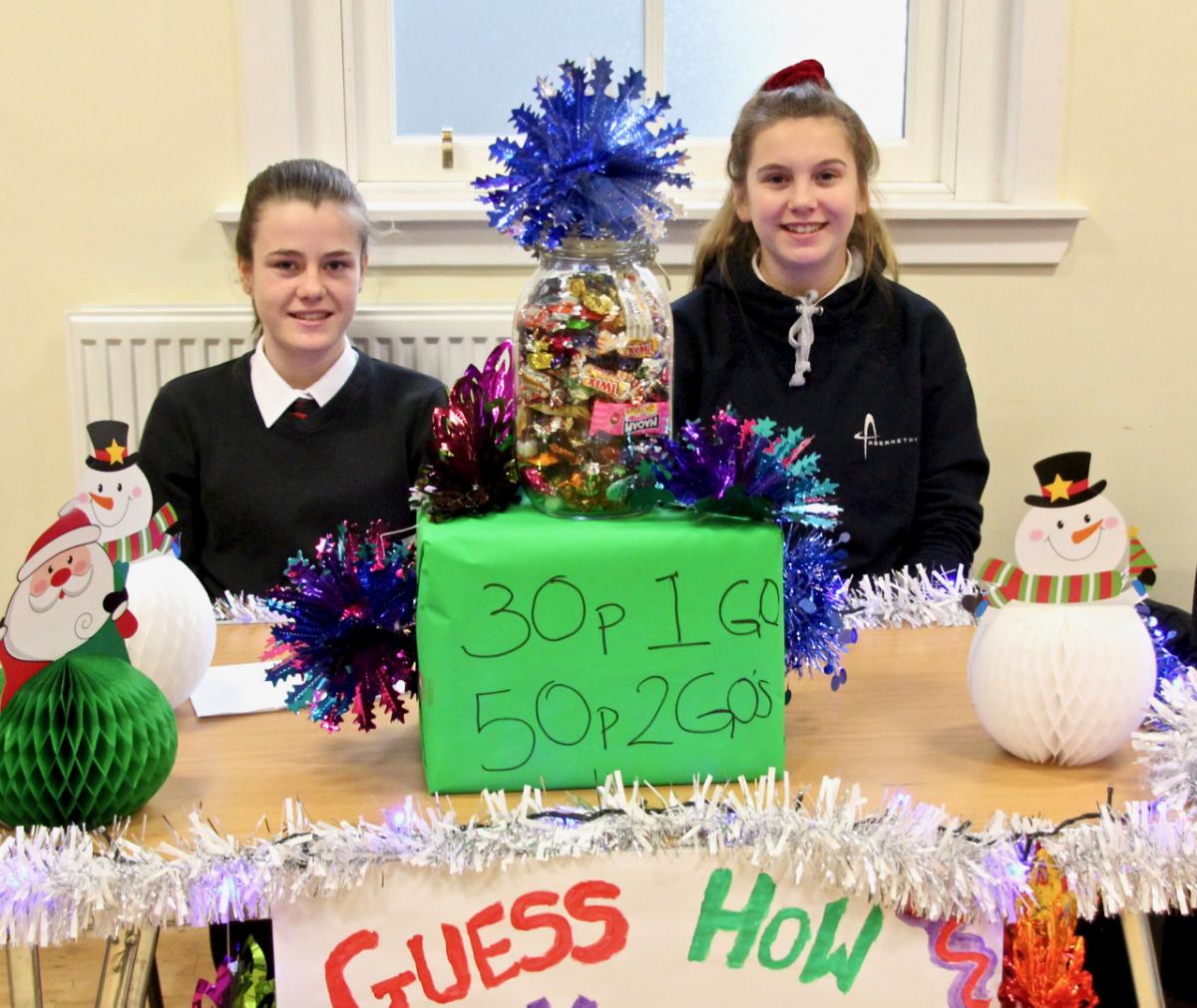 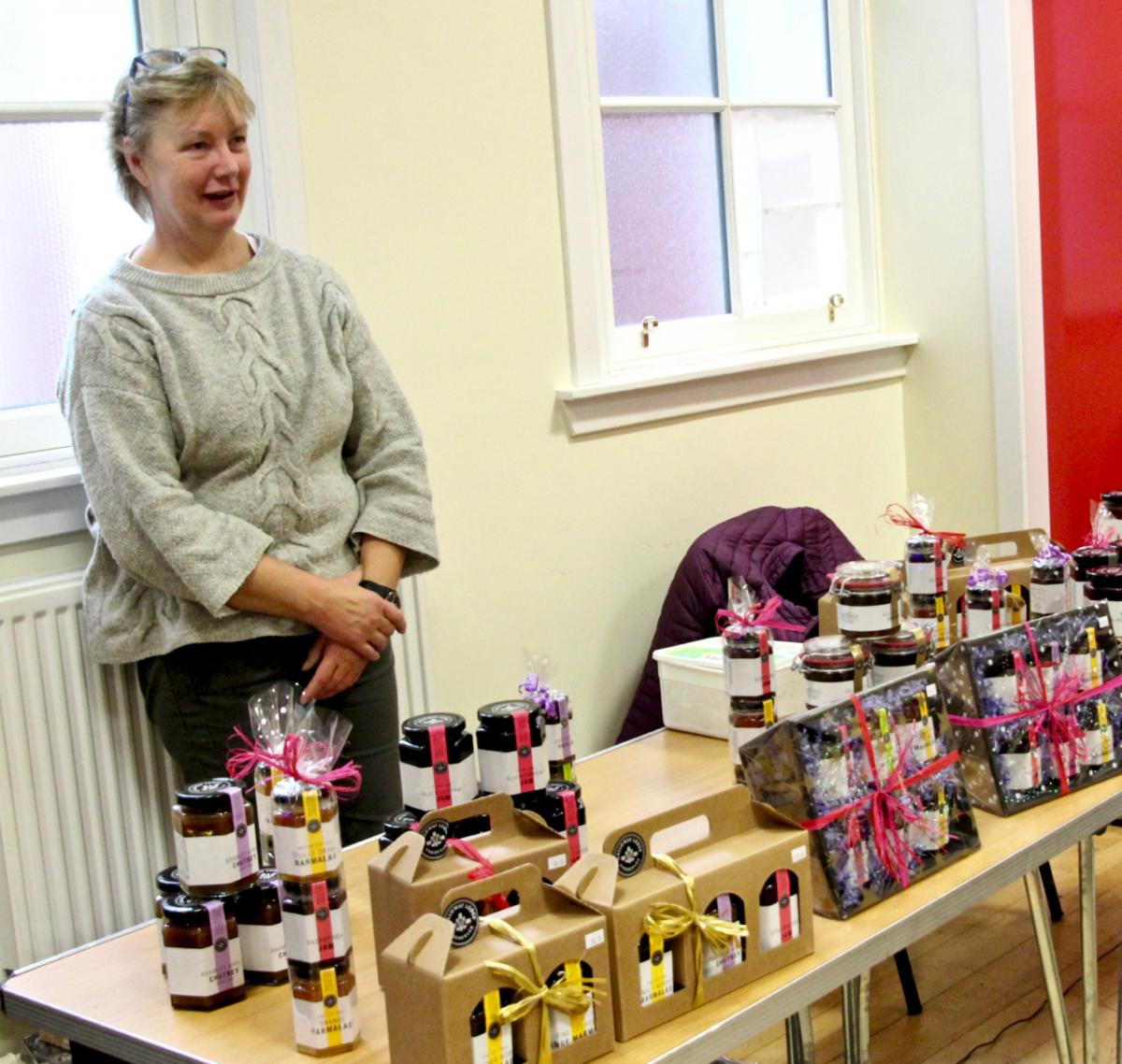 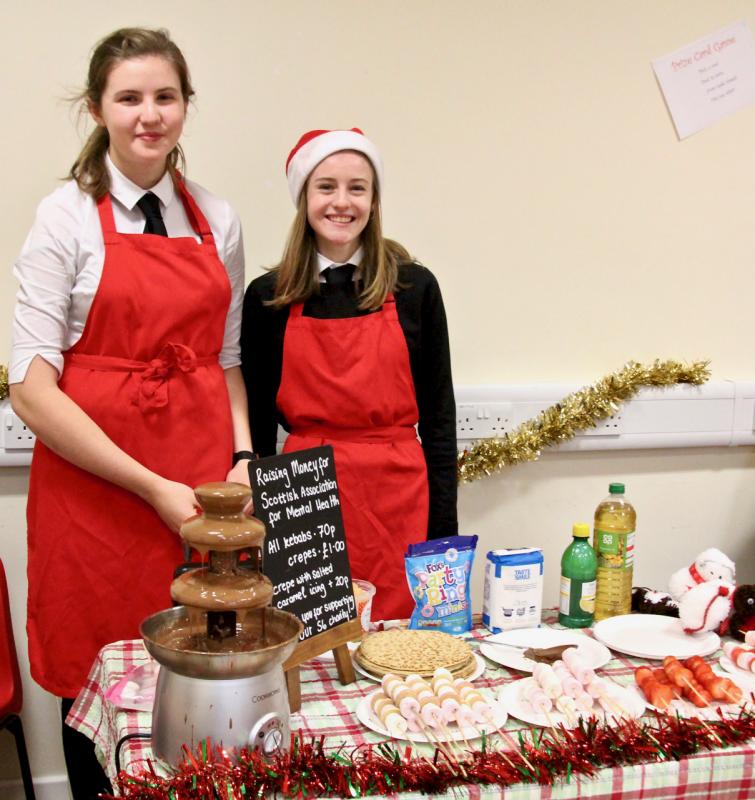 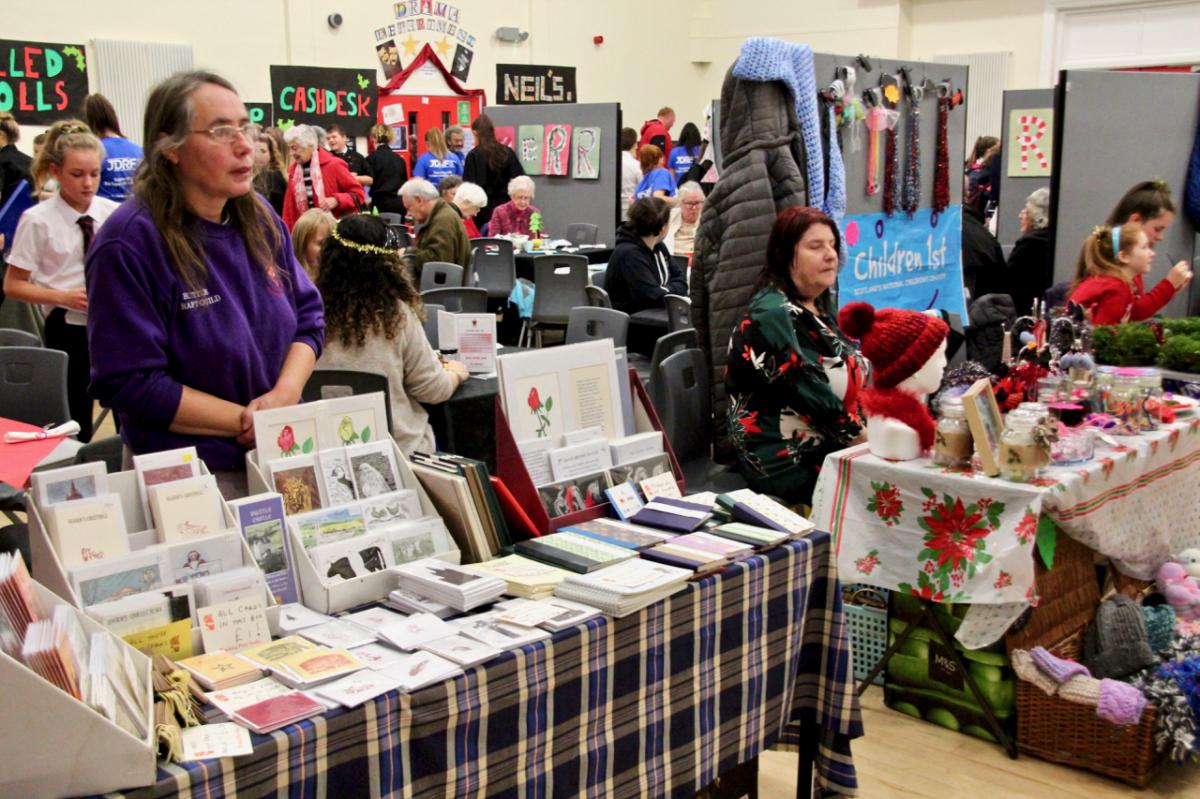 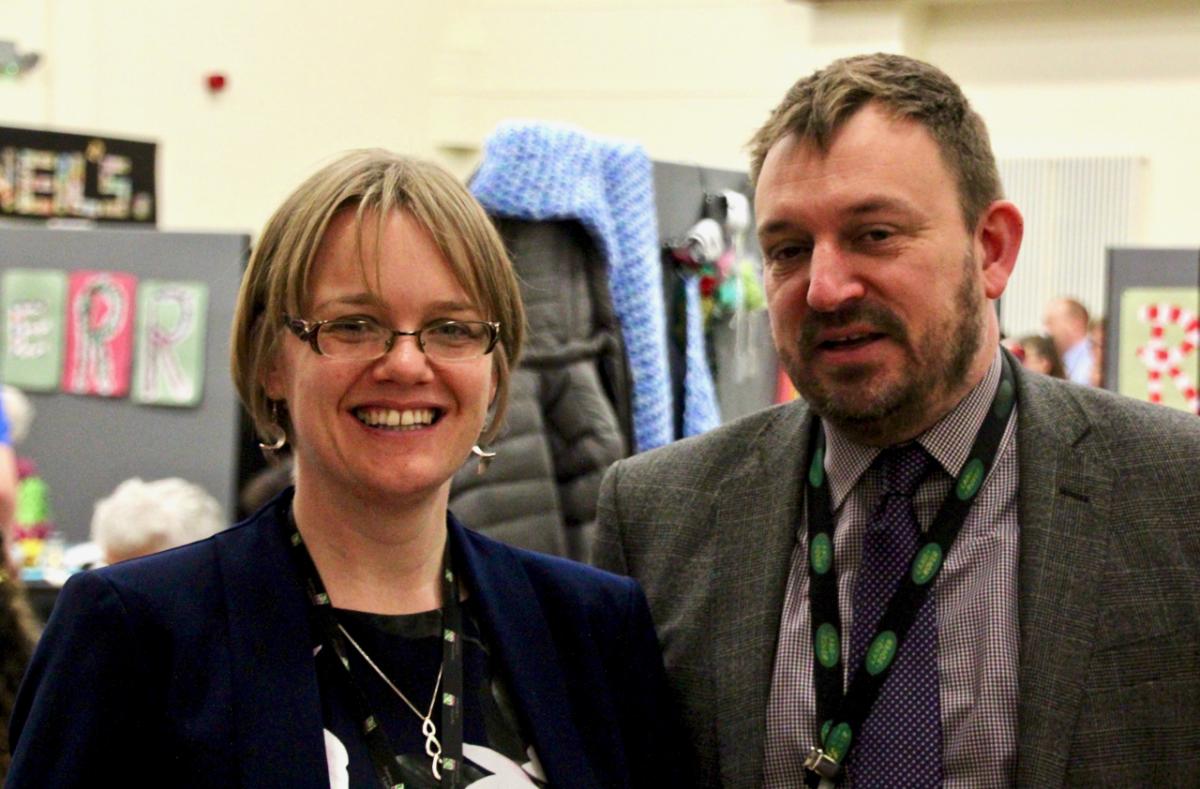 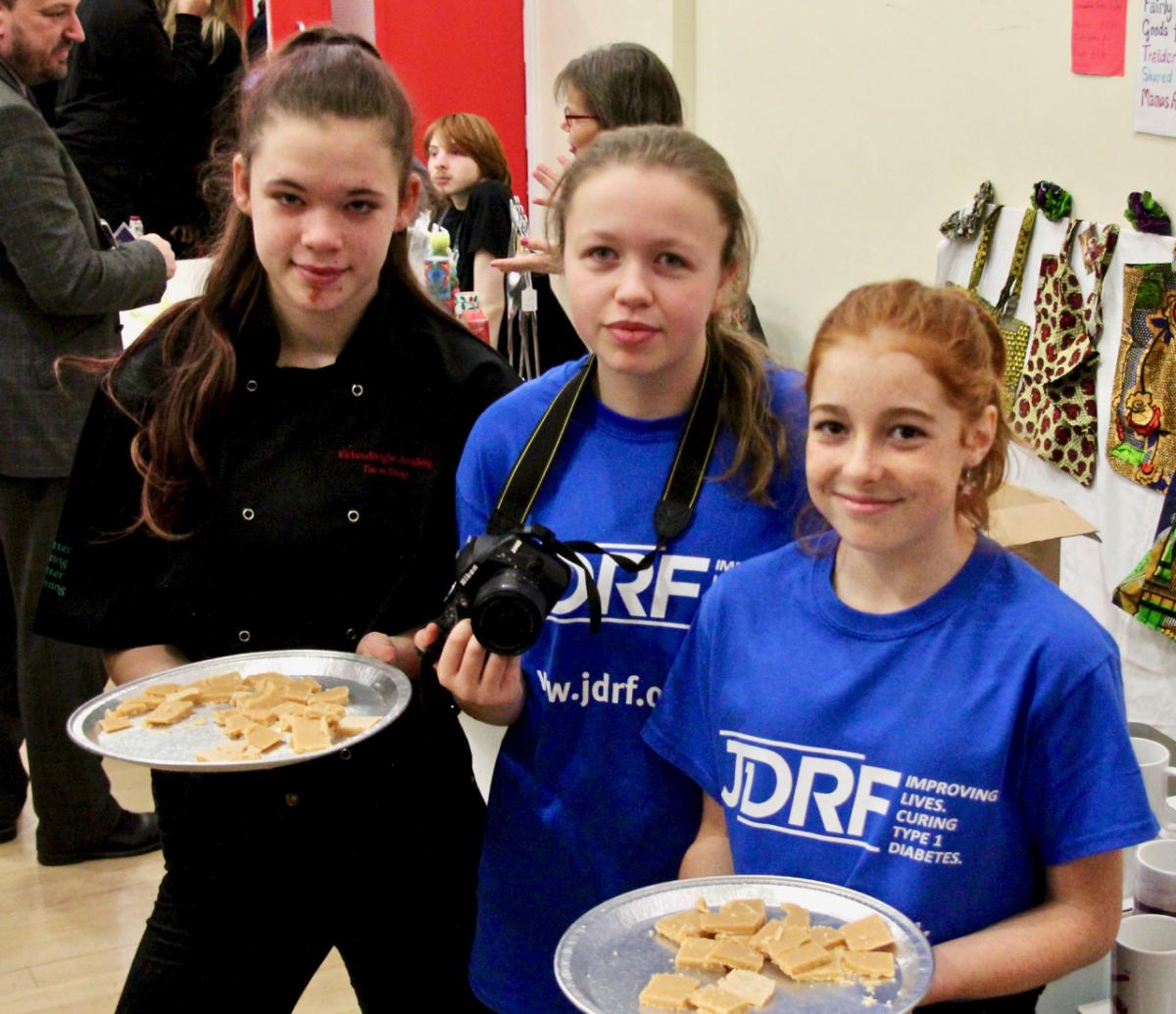 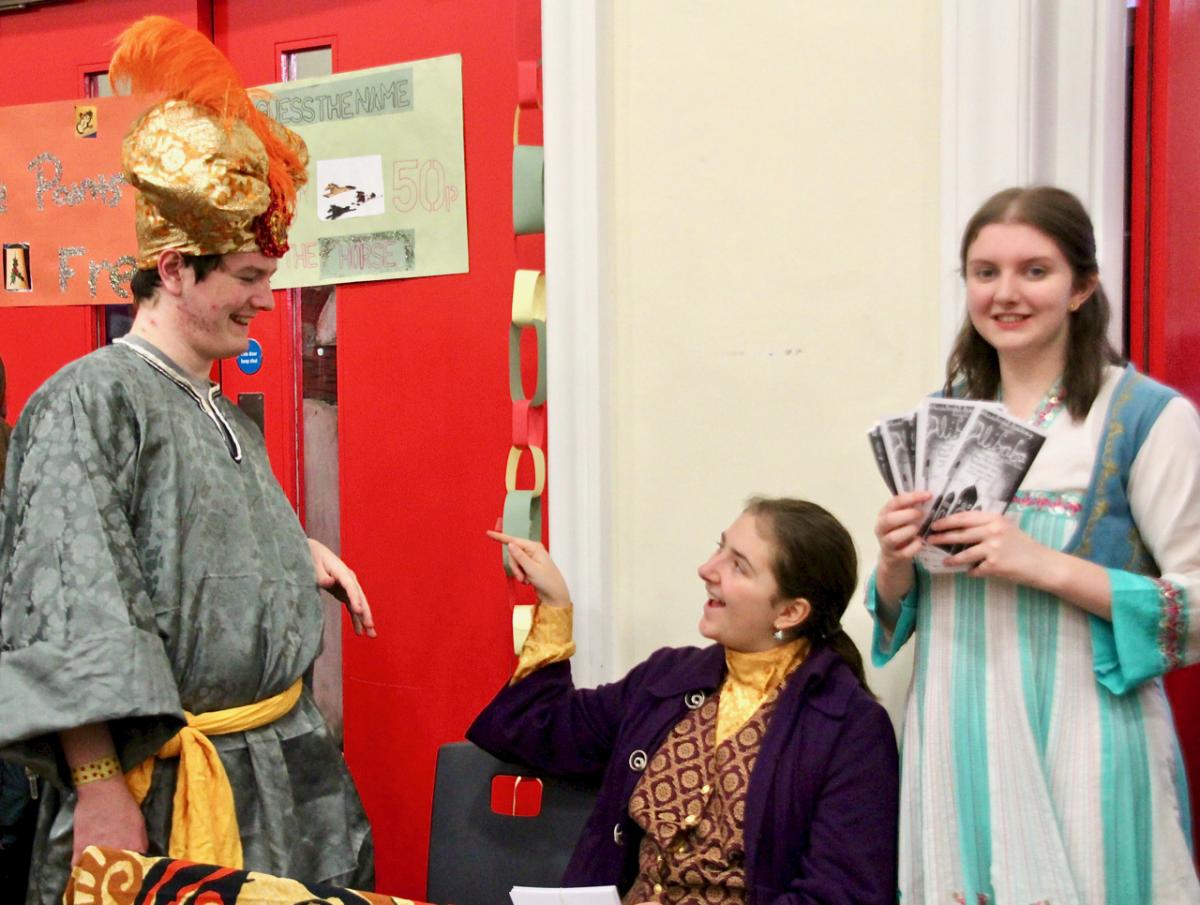 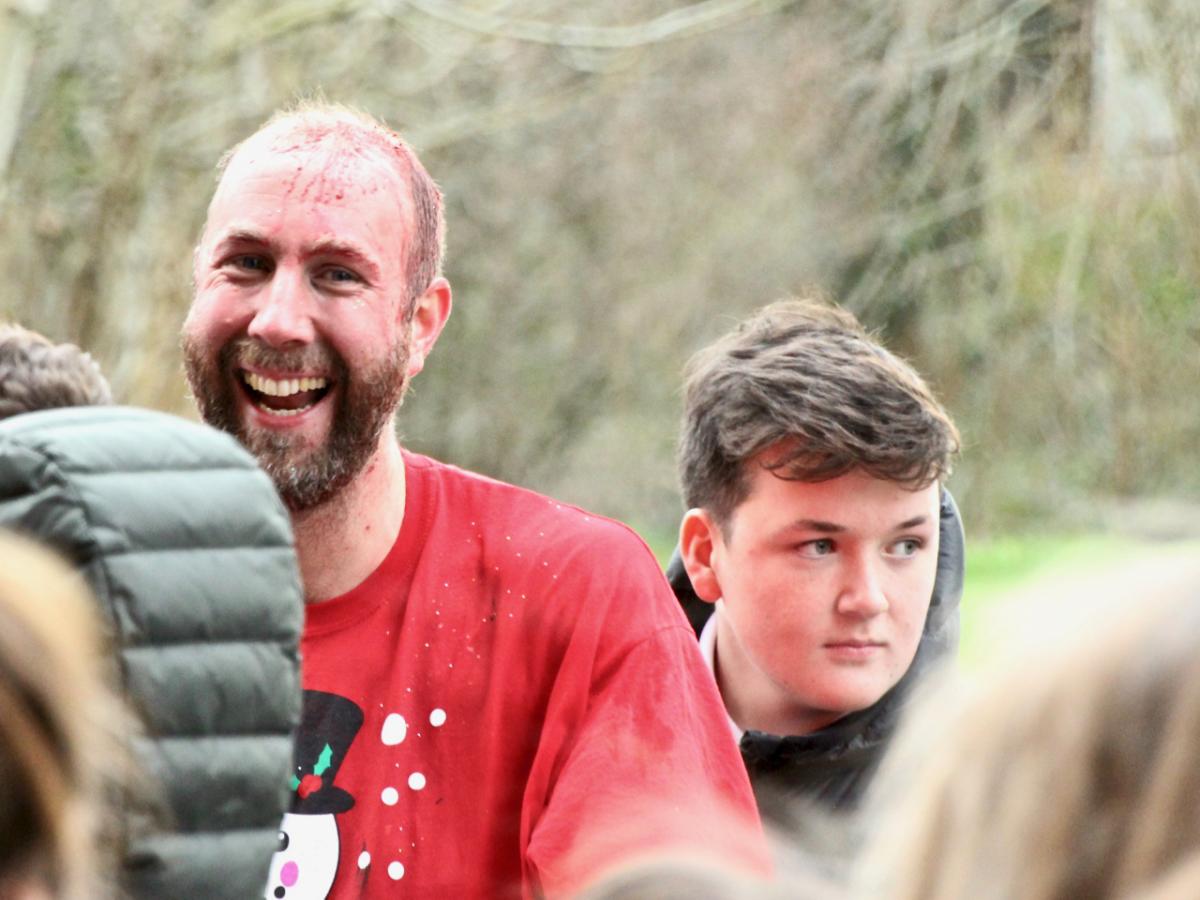 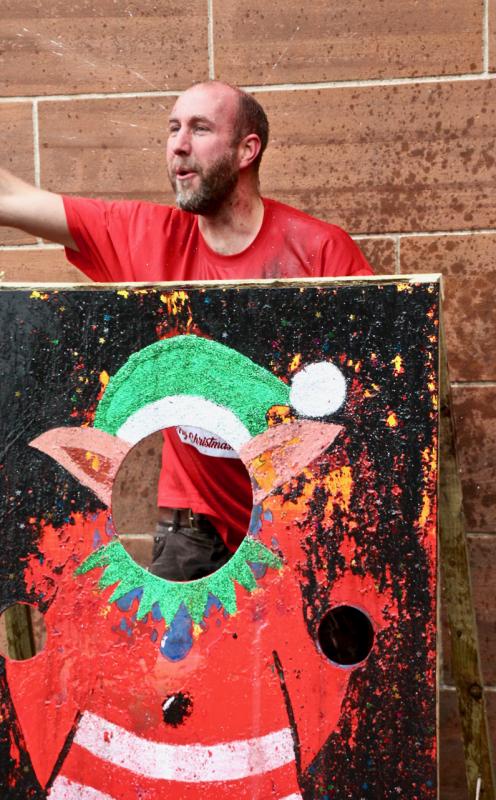 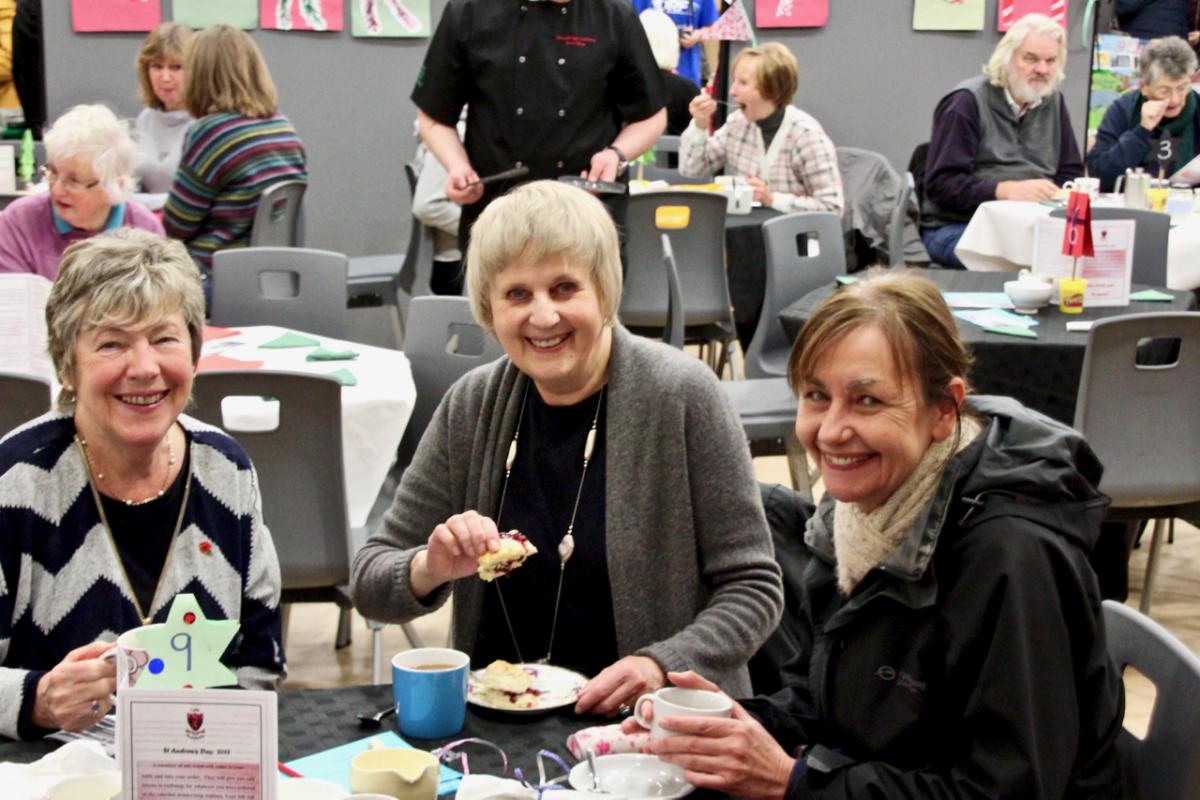 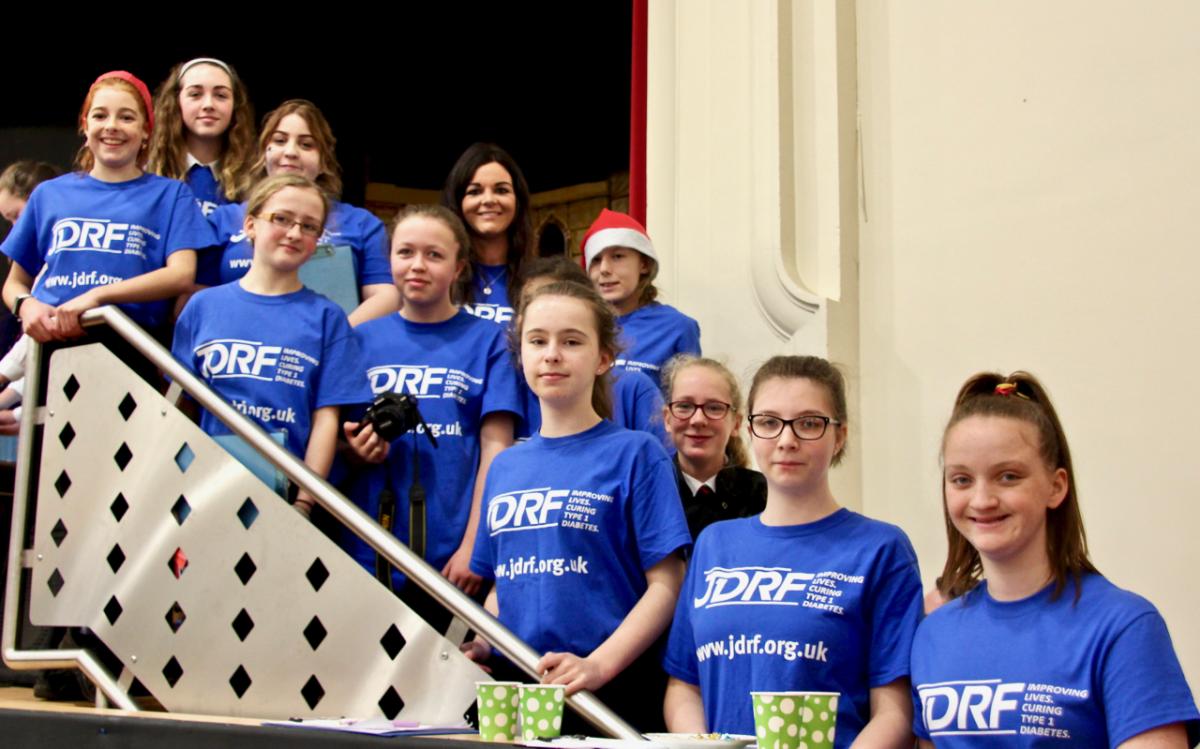 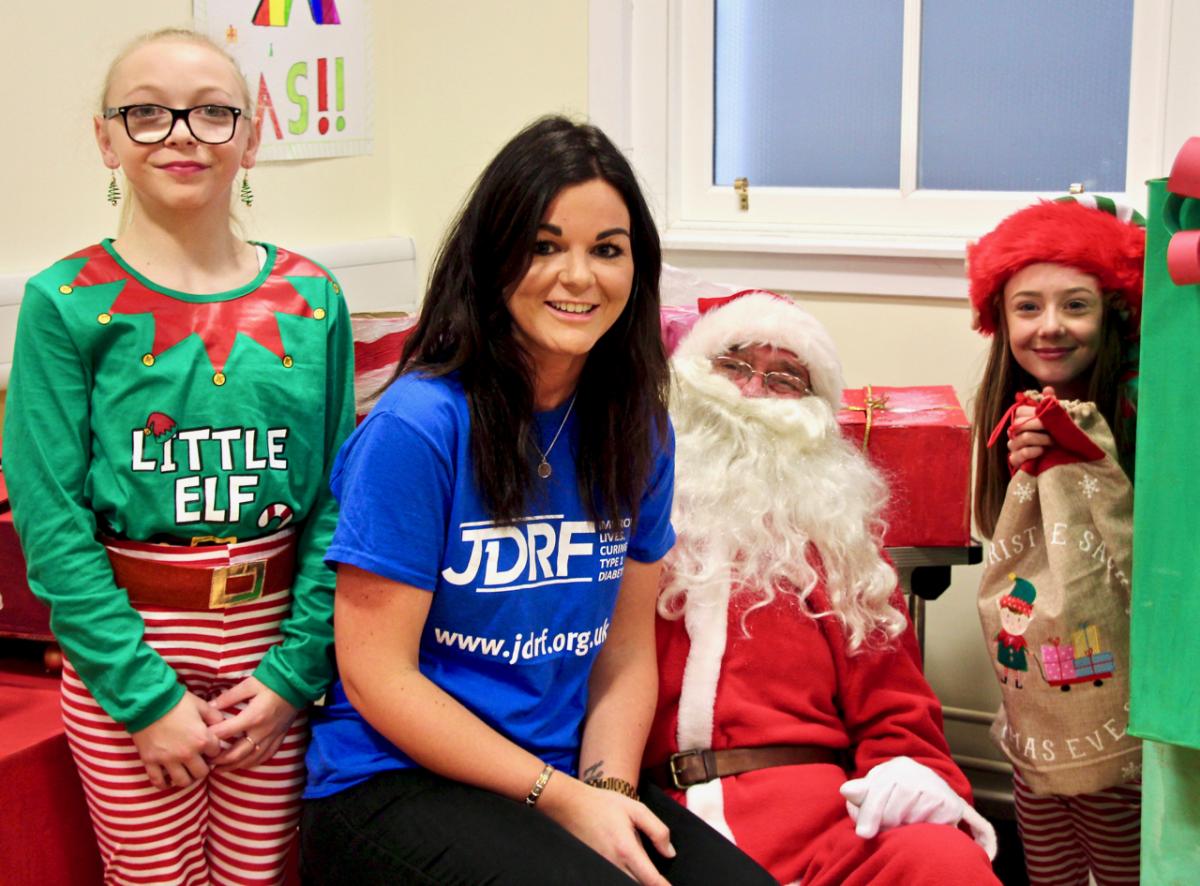 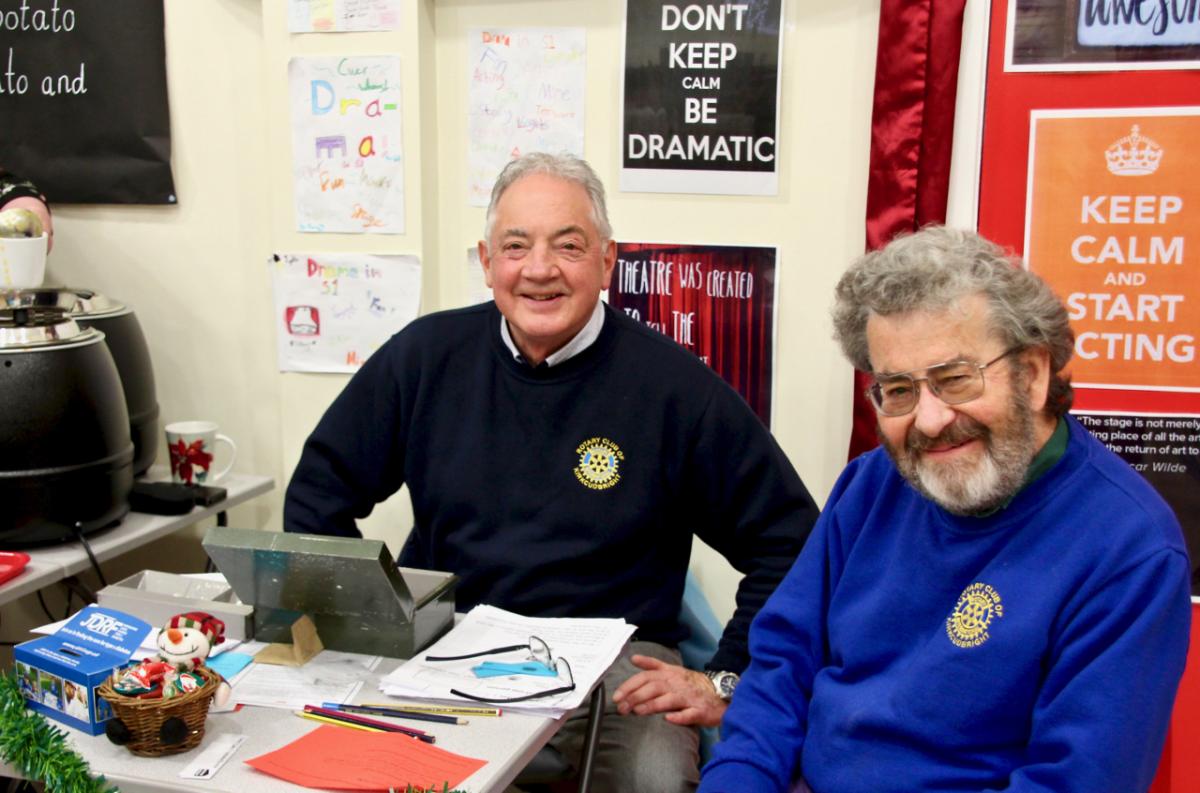 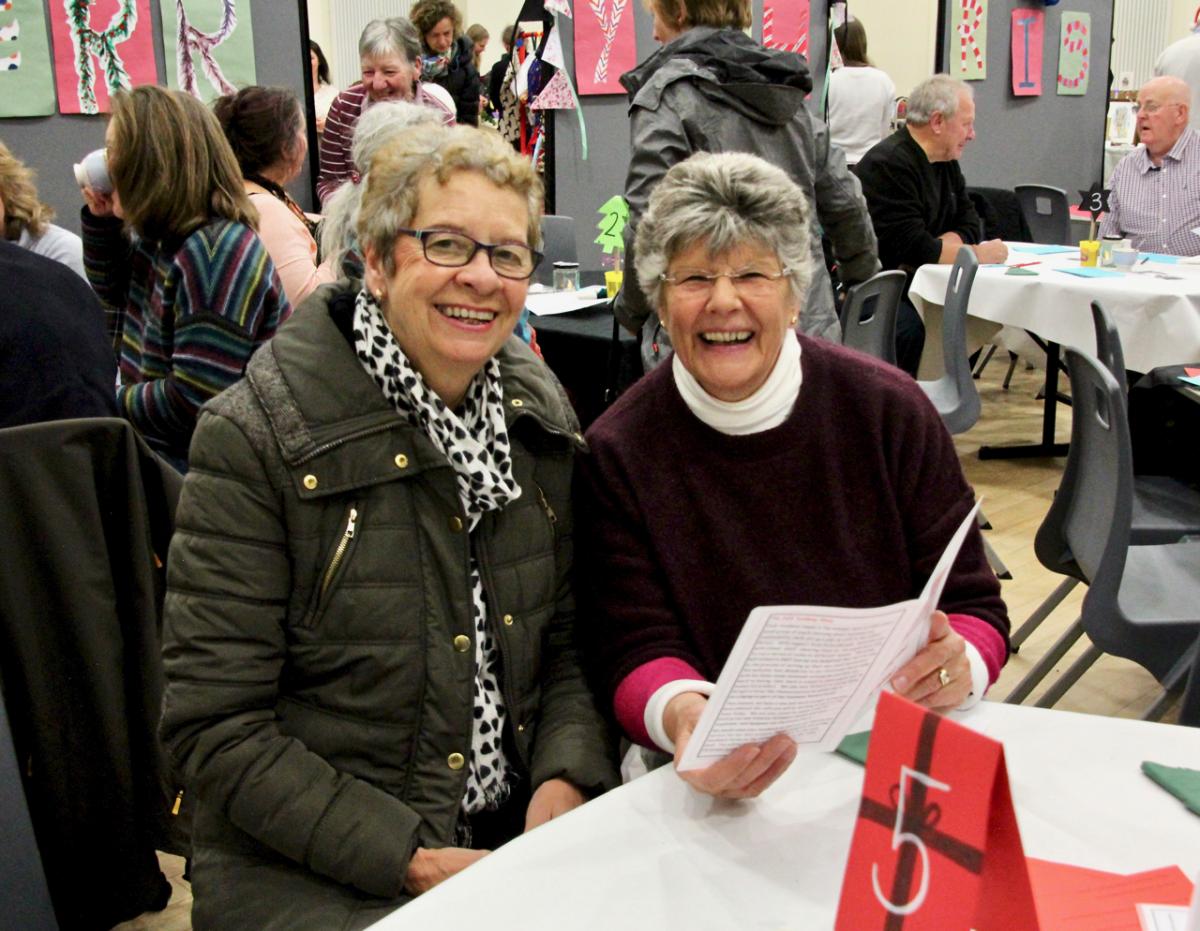 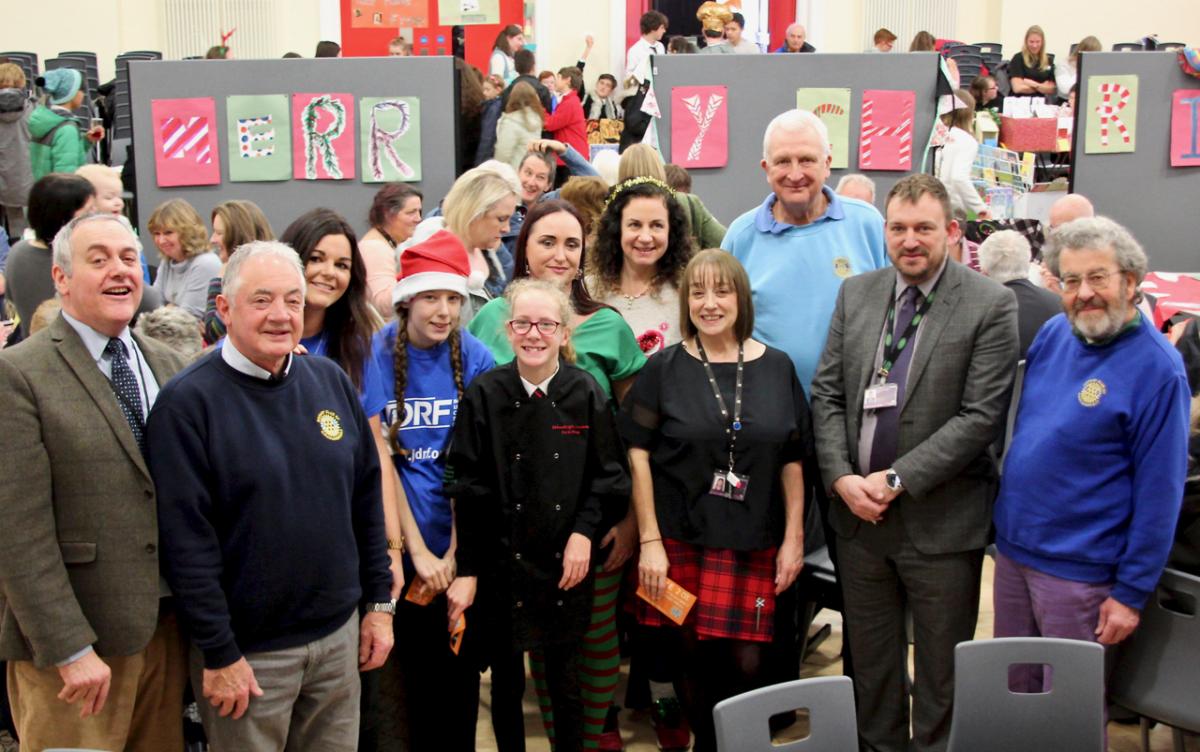 When did you join Rotary?

I first joined Rotary in 1990 when serving as an RAF engineer officer on exchange with the United States Air Force at Strategic Air Command Headquarters, Omaha, Nebraska. I was proposed by a Canadian exchange officer, Tony Halliday, also serving at the base. In my introductory talk, using a map, I waxed lyrical about the glories of Scotland and enumerated all the famous Scots who had contributed so much to the world. In his talk, a couple of months later, Tony started by saying, “here is Scotland on a map of Canada” and promptly dumped it into Lake Superior! So I quickly learned that Rotarians had a sense of humour.

What sort of club was it?

The Rotary club of Bellevue was a lunchtime club which meant the meetings were brief and to the point. I was appointed the Sergeant at Arms, a position most clubs in America seem to have. I take some pride in the fact that I raised hundreds of dollars for the club. It involved little effort on my part and was all down a stoneware piggy bank, in the shape of a sonsie-faced haggis, which I had taken with me from Scotland. I quickly cottoned on to the fact that the members, especially the men, were unusually keen to feed this haggis with dollar bills. So I just took advantage of that by fining members for any reason whatsoever, being late, being early, not wearing a tie, wearing the wrong coloured tie; it didn’t seem to matter the cause, they happily coughed up.

What did you learn about Rotary?

At the end of my two years in the club I can honestly say I knew almost nothing about Rotary in the wider sense, largely because there wasn’t time at the meetings to develop any sort of understanding. I just had an overall feeling that these were good people doing good work. I also learned that the club is paramount and can decide itself how it wants to run its affairs. There was a German exchange officer in the club who complained that the wham-bang lunch time format was “not the way to do Rotary.” Back in Germany he had been accustomed to a black-tie, formal meeting on Friday nights. However, I believe one of the great strengths of Rotary is the flexibility in how clubs runs themselves. As long as clubs pay their dues, meet in the spirit of Rotary and members strive to follow the four-way test, we can’t go too far wrong.

When did you join the Rotary Club of Kirkcudbright?

After Omaha I had postings to London, the Falkland Islands and finally as the commanding officer of a technical training school in Wales and found it difficult to continue my Rotary membership. However, when I retired in 2001, after 37 years in the RAF, I settled in Twynholm where I met Dr David Duncan who invited me to join the club. He was an inspirational Rotarian, a wonderful role model, and was actually serving a second term as President of the club.

What are your memories of your Presidential year in 2005/6?

Willie Henry was the Junior Vice President when I joined and Robin Dunlop was the Senior Vice President. Having already been the President, Willie asked if I would like to take his place as JVP. I calculated that by the time I would assume the President’s role I would have completed my degree in Scottish Studies at Glasgow University in the Crichton Campus, Dumfries, so I agreed. The following week Robin posed the same question so within a few weeks of joining I found myself as the SVP. I became President in 2005, the centenary year of Rotary, a huge honour and privilege as there were several extra events taking place. One that comes vividly to mind was taking part in the Edinburgh Festival Parade down Princes Street where Rotary had its own float positioned, incongruously, adjacent to the float of the Lady Boys of Bangkok! Looking back on my year in the chair I realise how much busier we are now, making the role of President a very demanding one but, hopefully, just as enjoyable and fulfilling as mine was.

Looking back over your years in the club how have you or the club furthered the aims of Rotary and how has that been beneficial and reflected well on the club?

I like to think most members of the club try to live up to the motto of ‘service above self’ and when that happens the group can achieve wonderful results, particularly when we have such a blend of different talents within our membership. We are fortunate to have members who have a deep understanding of Rotary at a higher level, such as Foundation and the Grant system which helps us deliver international projects of much greater scope than we would otherwise be able to achieve on our own, such as the Tutu Treater in South Africa.

From a personal point of view, I like to think I have been a keen and regular attender of club meetings and have contributed to most of the club’s activities. Highlights have included raising almost £2000 for the club on a sponsored Land’s End to John o’ Groats cycle ride, hosting over 20 Ambassadorial/Global Scholars during their time at Edinburgh University, being a founder member of the sportive committee, organising the games at the Moat Brae for the last 14 years, being the poet laureate for the annual cycle trip, winning the District 1020 golf championship and, finally, supporting all the youth activities which generate such well-deserved praise from the schools involved. I have also supported Foundation and hence the ‘End Polio Now’ campaign by being a sustaining member, something which I would encourage all club members to do.

What are your thoughts about the continued success of the movement?

As with any volunteer organisation cohesion is vital to ensure the group goes forward together. I think the visioning exercise we went through and the subsequent 3-year plan were both very useful in focussing our attention on how the club should function and, in particular, enhancing our presence in the local community and seeking to help the more disadvantaged parts. The club must be prepared to change to reflect wider societal changes, including embracing new technology when appropriate but the process should be one of evolution which we have done successfully to date. Dress, for example, has become more relaxed and it is great that members feel just as comfortable wearing shorts and sandals as someone like me does wearing a tie and occasionally a maroon blazer, despite pathetic protests from some quarters. After all, I have a wardrobe full of Rotary ties, many of which hold special significance for me. We would be in sad state if we allowed minor issues like dress to define how we are as a club. As Burns wrote in his Epistle to Davie, a Brother Poet,

If happiness hae not her seat

An' centre in the breast,

We may be wise, or rich, or great,

But never can be blest;

Could make us happy lang;

The heart aye's the part aye

That makes us right or wrang.

The key is that we have fun, where banter plays a vital role, and we generally get on with each other despite our differences. Look no further than Donald Haining as an example of the perfect Rotarian who epitomises what I have lamely tried to express above.

Can you tell us something amusing about yourself which is not commonly known?

I remember an incident from our first cycle trip to Arran. I started off the trip with just a front brake but about two-thirds of the way round the island those brake blocks failed and, in a typically juvenile way, I cycled on with no brakes. On downhill sections I developed a technique of swinging my right leg over the saddle, placing it behind me, and pressing the sole of my trainers on to the road surface to act as a brake. This I managed successfully on some fairly steep sections of road. However my crowning glory came when we reached a part of the road which had a sign showing a steep incline and, ironically, ‘Check Your Brakes’ written on it, beside which I had my photograph taken. Juvenile bravado again came to the fore and off I set down said incline. Unfortunately at the bottom of this very steep hill there was a sharp bend and, partly when I realised my shoe-rubber technique was failing miserably to slow me down, and partly when I noticed the road was getting very gritty, I leapt off the bike, which worryingly carried on bouncing towards a parked car, whilst I ran, legs whirling like a cartoon character, straight past a waiting crowd of fellow Rotarians and shot into the garden of the hotel, much to the shock of the kneeling gardener. Despite my rude arrival, this dear man took pity on me and gave me the brake blocks off his own bicycle! Perhaps it should therefore come as no surprise that a couple of years later I came to grief in a collision with a cattle truck, puncturing both my lungs, breaking ribs, shoulder, collar bone and chipping some neck vertebrae and spending ten worrying days in intensive care! My recuperation was remarkably speeded up when I received a get-well card from Joanna Lumley signed off, “With love and a smacking great kiss.” Just a few weeks earlier, in my role as President of the Robert Burns World Federation during the ‘Homecoming’ year of 2009, the 250th anniversary of the poet’s birth, I had hosted her for a whole day at a ploughing match at Ellisland Farm, Dumfries. My son-in-law had informed her of my accident and, typical of her thoughtfulness, she had chosen a card with a picture of working horses on the front. 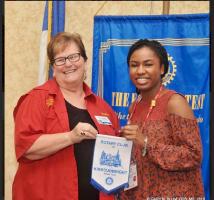