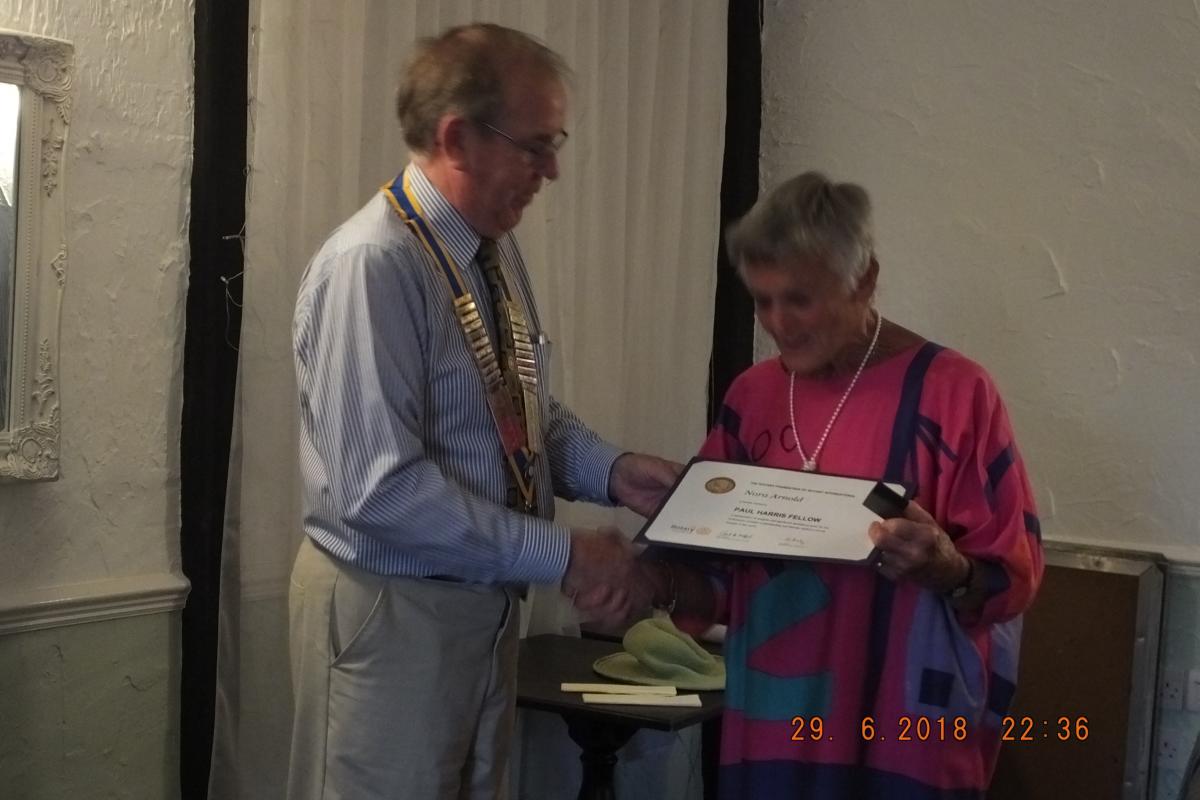 Members and guests attending Chard Rotary Club's annual Handover and Past President's Evening were in for a few unexpected events as the Club handed out awards to a number of deserving recipients.

The evening was held at the George Inn, Donyatt where members and their guests enjoyed a splendid three course dinner befor the business of the evening was conducted.

Outgoing Club President Robin made his final President's report before inviting Nora Arnold to come forward to receive a Paul Harris Award for the work that she does with the Friends of Chard Hospital and other organisations within the town. Nora joins her husband, PP Dick Arnold as a Paul Harris Fellow.

Robin then surprised fellow Rotarians PP Gerald Bray and PP Bob Jackson when he called them forward to receive Paul Harris Sapphire awards for their continued hard work in supporting both Chard Rotary Club and the wider Rotary community.

Robin's final act of his year was to remove the President's Collar and present it to incoming Club President Mike Trott who took on responsibility for the rest of the evening.

Mike's first duty of the year was to thank Robin and his wife, Christine for all their hard work over the past year, and presenting Robin with his Immediate Past President's Jewel and Past President's badge. The Club marked Robin's third term as President by presenting him with some items of Bristol Blue Glass. They also thanked Christine with a rose bush.

President Mike then asked PP Eric Beckley to speak. Much to the surprise of IPP Robin, Eric then proceeded to read out a citation before President Mike presented IPP Robin with a Sapphire Paul Harris award on behalf of the Club.

He then went on to present jewels to his officers for the coming year.

How do I find out more about Rotary Membership? 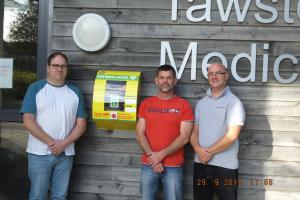 The second of two Rotary sponsored defibrillators is now in operation 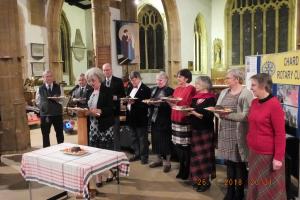 An evening of fun and good food 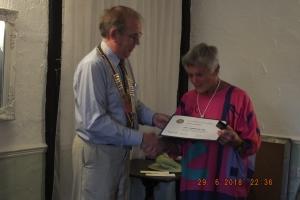 With the current Covid situation we are meeting weekly via the ZOOM platform. 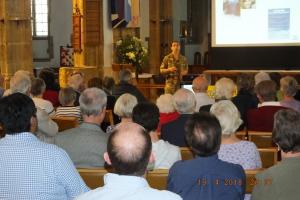 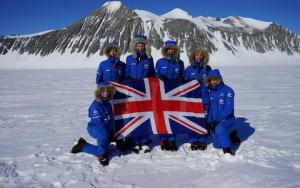 Hear about the intrepid team of six who became the first 'All Woman' team to traverse the Antarctic Peninsula unsupported.