The attached photograph was taken at the Purfleet Trust on Thursday 9th August 2018 - from the left: Hannah Cooper, Project Manager of "One to One"; Pip Rippengill, President of the Rotary Club of King's Lynn; Rotarian, Dr. Paul Richards; Paula Hall, C 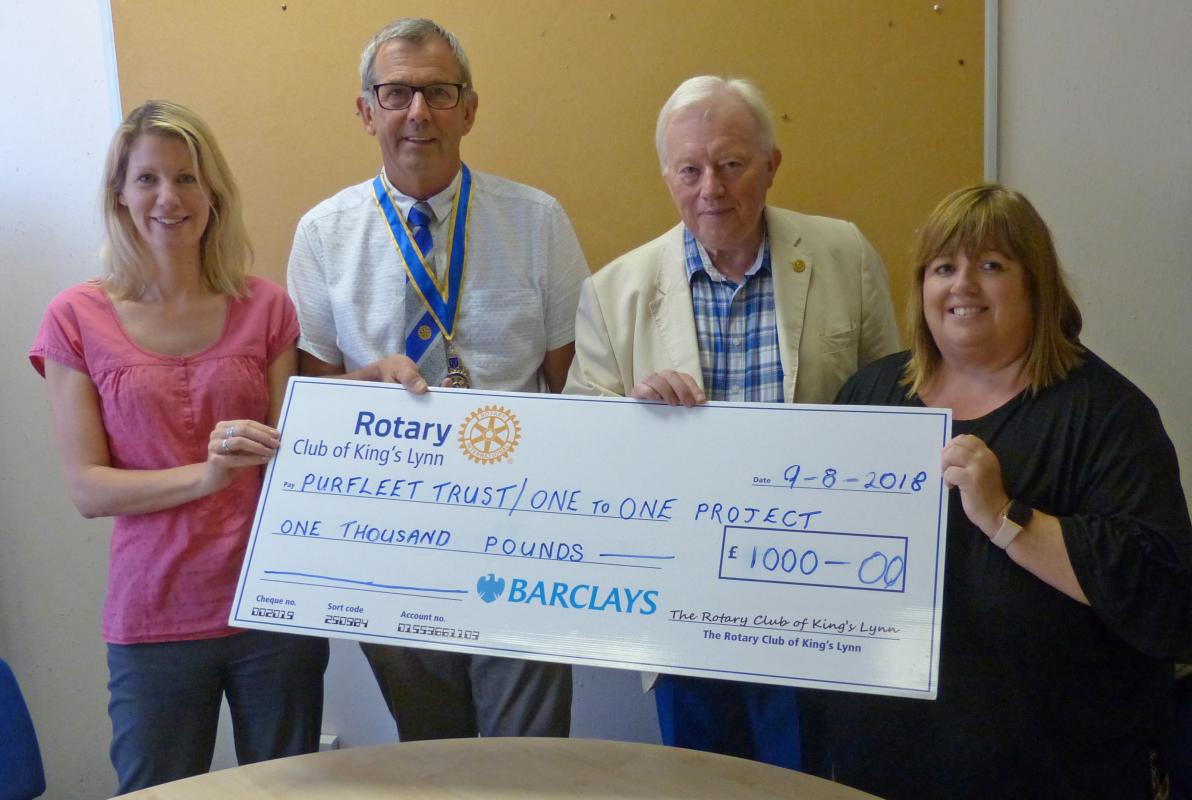 There has been a long and  close association between The Rotary Club of King's Lynn and The Purfleet Trust, with Rotarian, Dr. Paul Richards acting a liasion between the two organisations.

A short time ago, the Club was advised of a planned collaboration between The Purfleet Trust and The One to One Project, which was explained by the principals of those organisations at a regular meeting of the Rotary Club.  To the Rotary members, this seemed to be a brilliant opportunity to bring together the attributes of both parties, for the benefit of individuals needing the proven skills of the other.

It was clear that the plan was well advanced and that to put it into operation would take a considerable amount of funding - details of which had been thoroughly researched and appeals were made for support.

Hannah Cooper from the One to One Project said that donations are very important, as despite the fact that the group was grant funded, there was a shortfall each year;  whilst Paula Hall from the Purfleet Trust said that the donation was really going to help the homeless of West Norfolk.