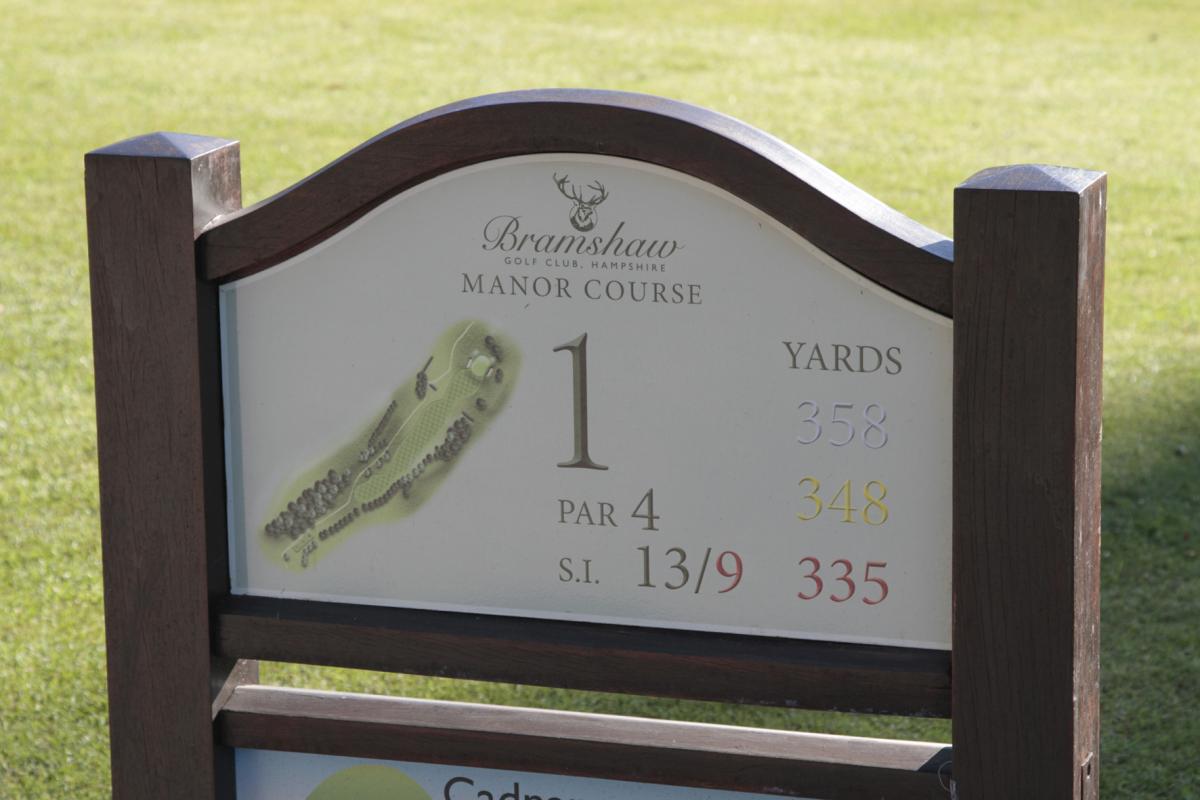 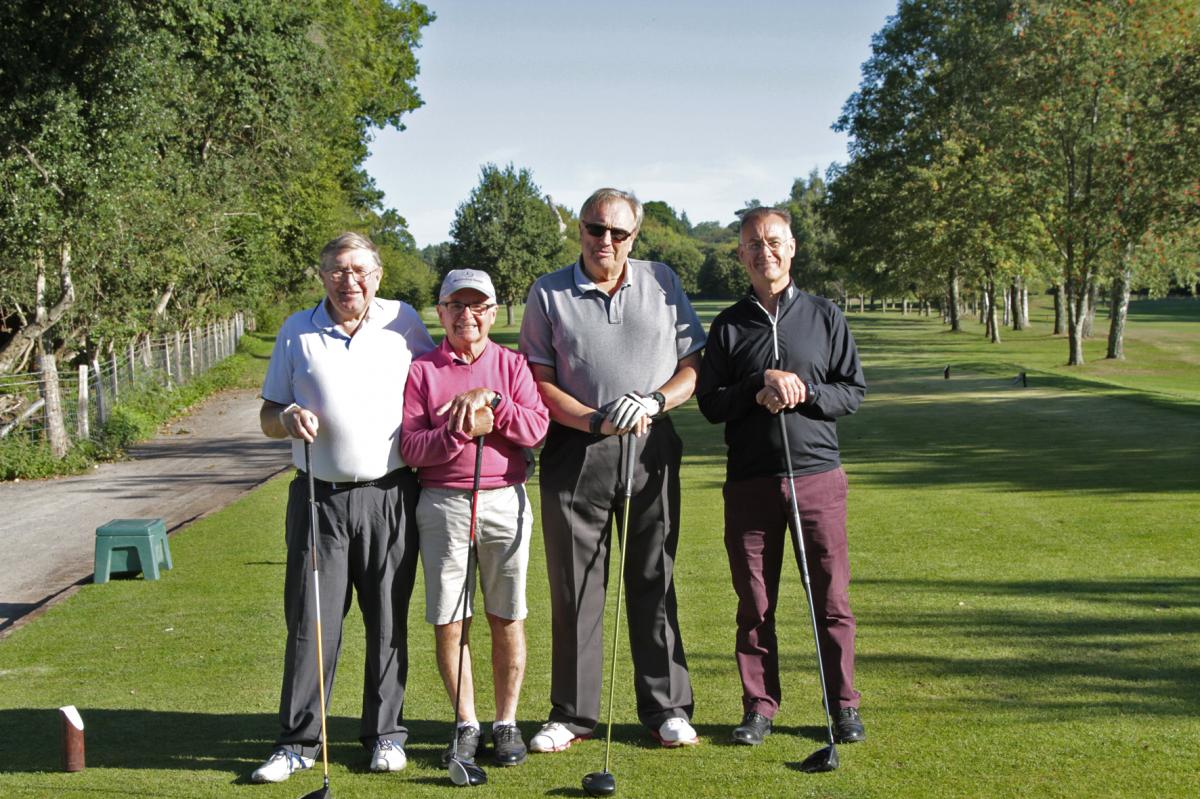 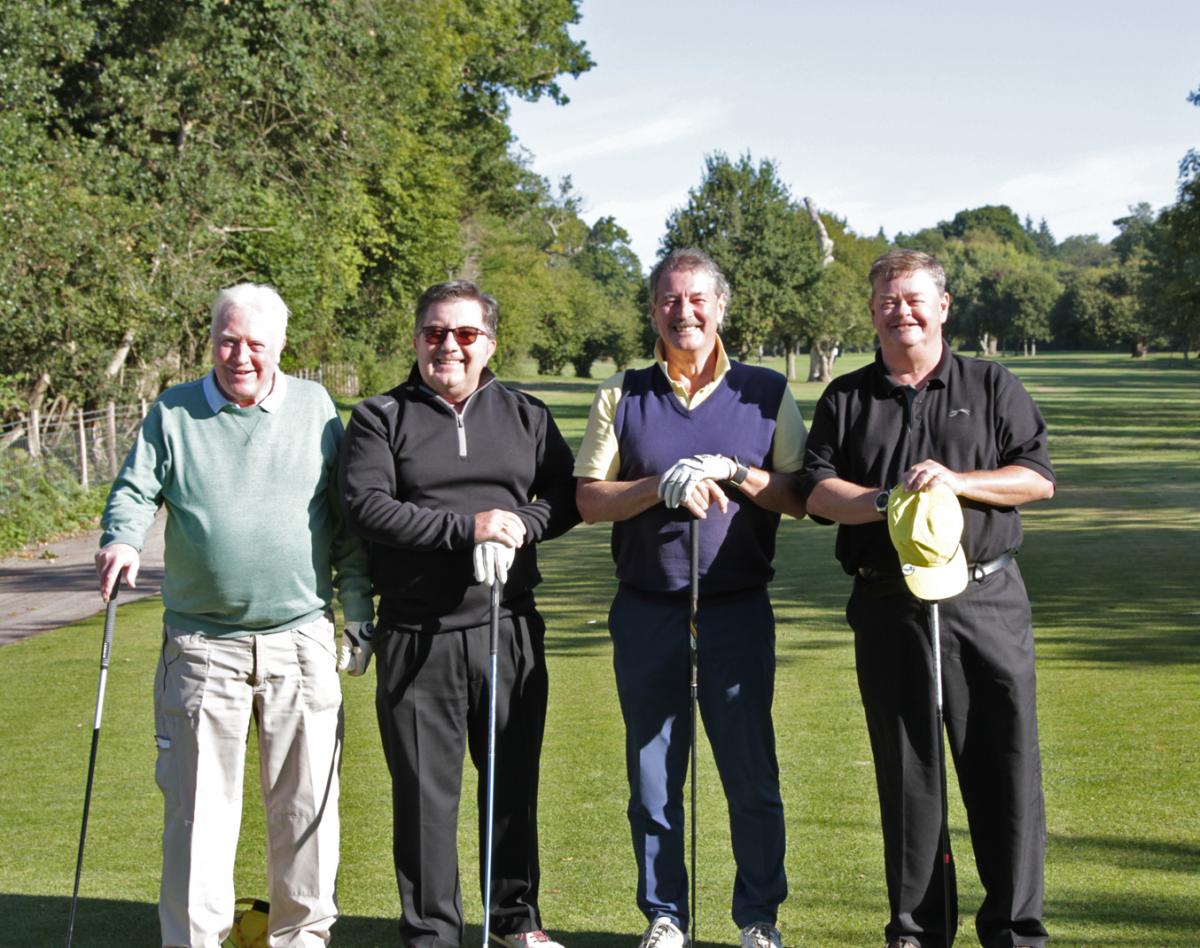 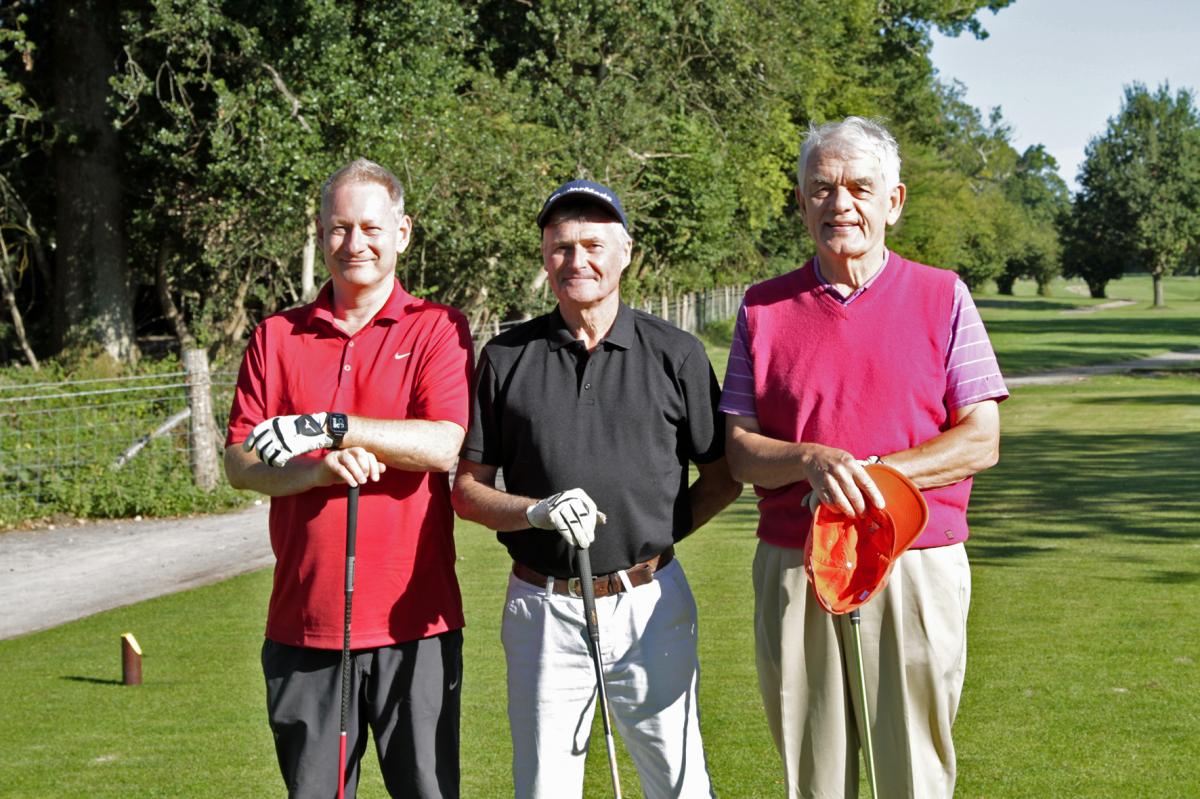 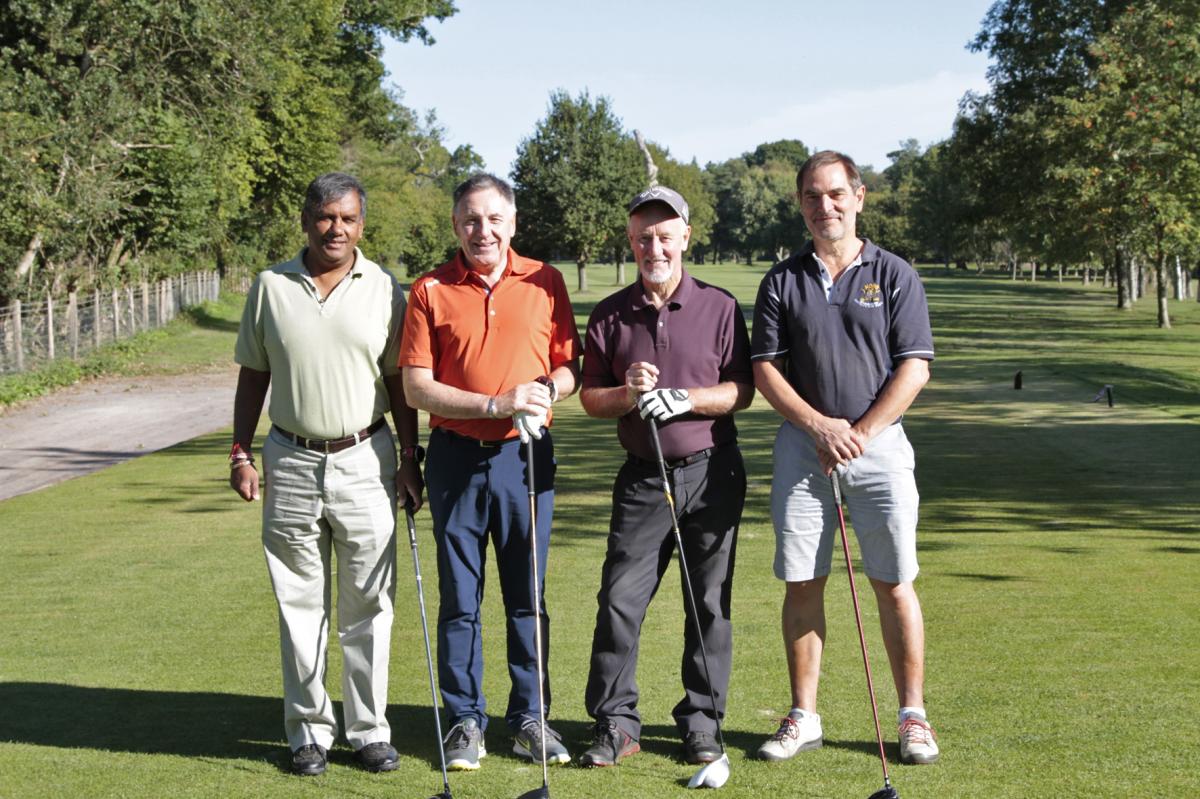 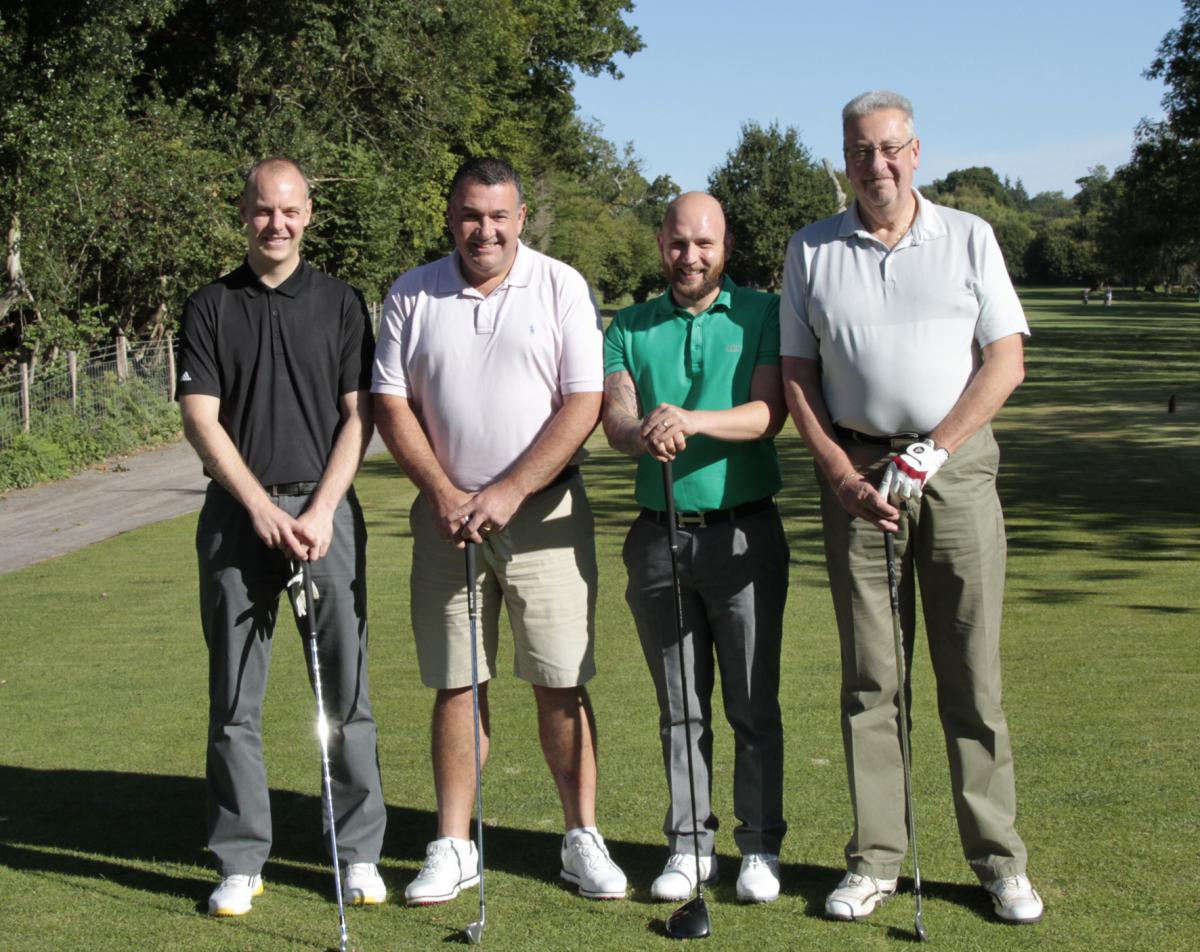 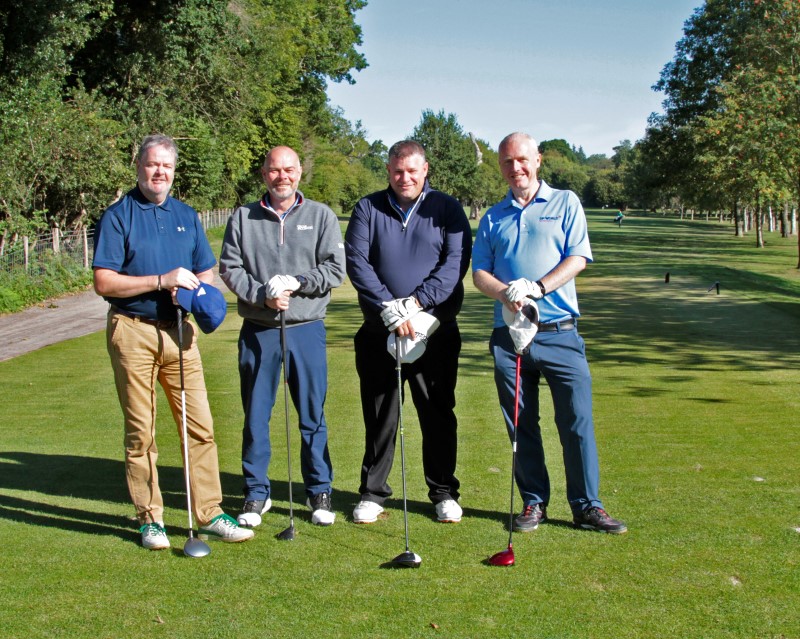 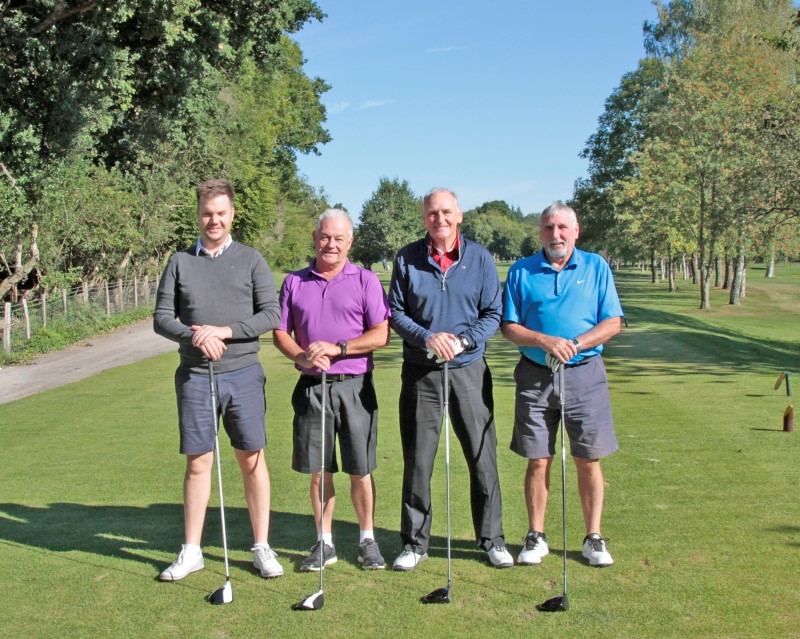 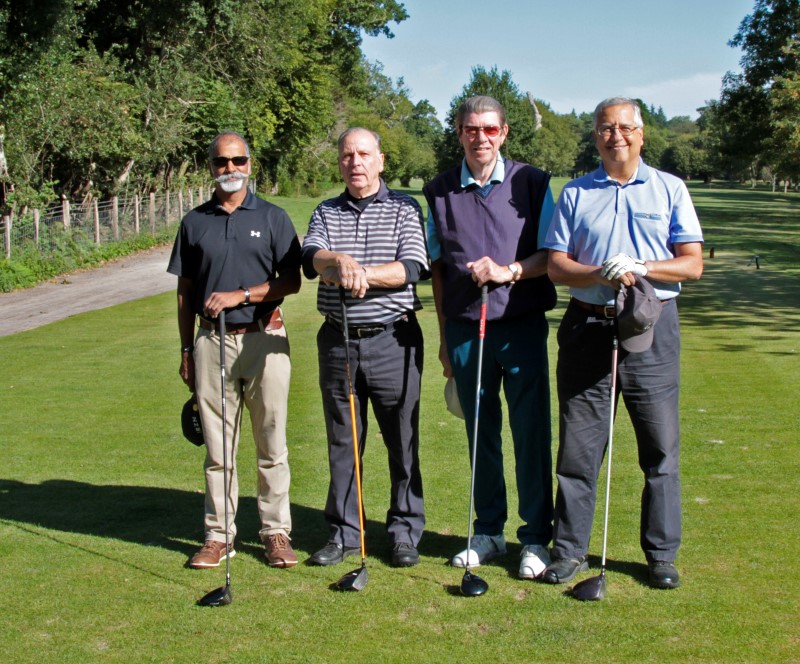 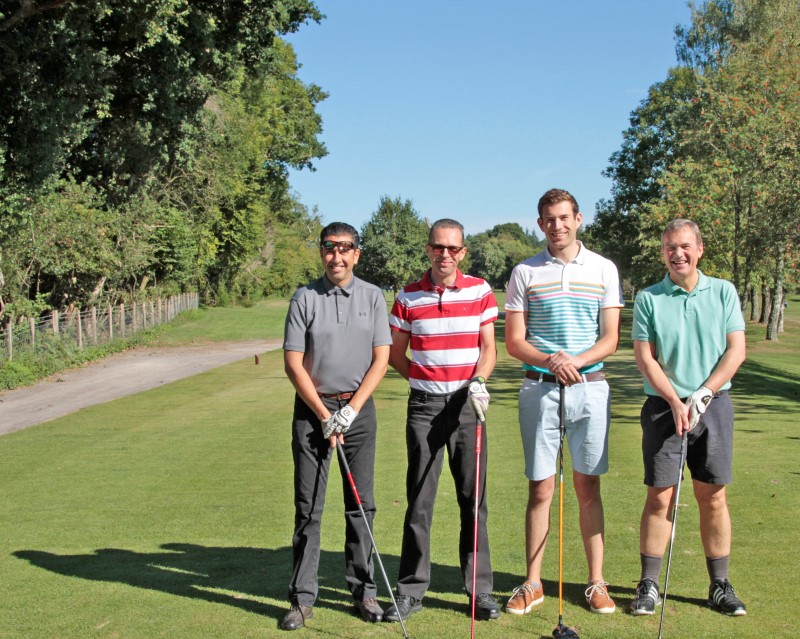 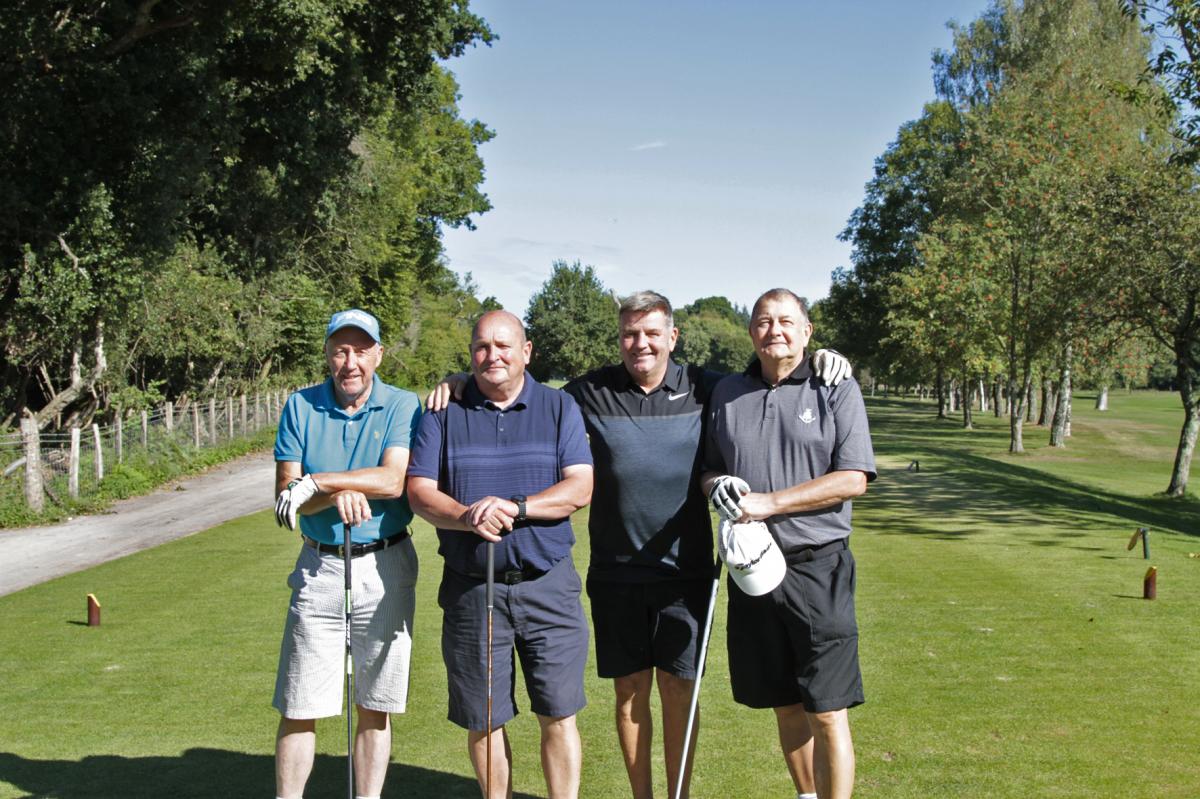 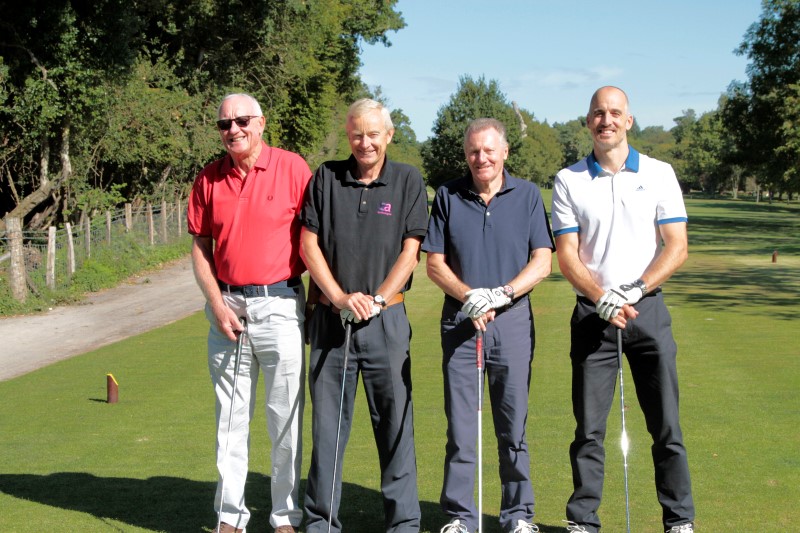 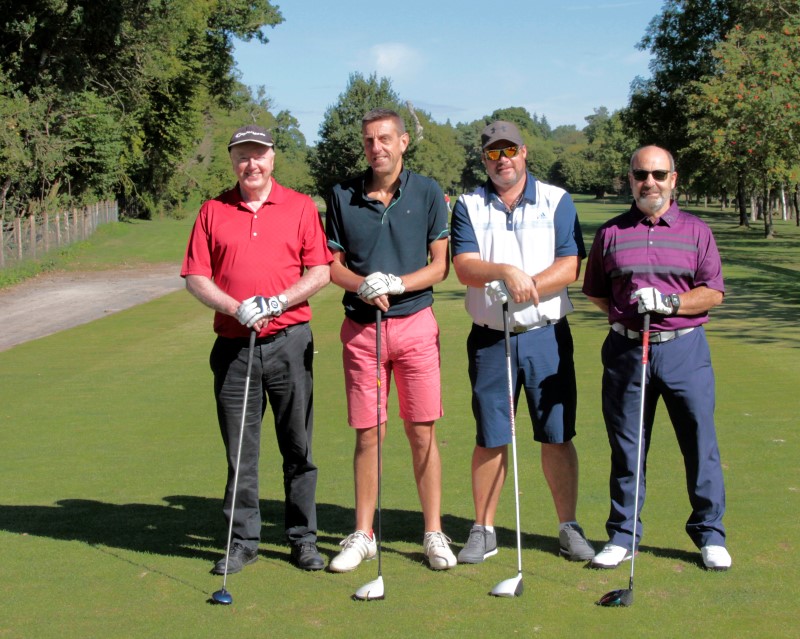 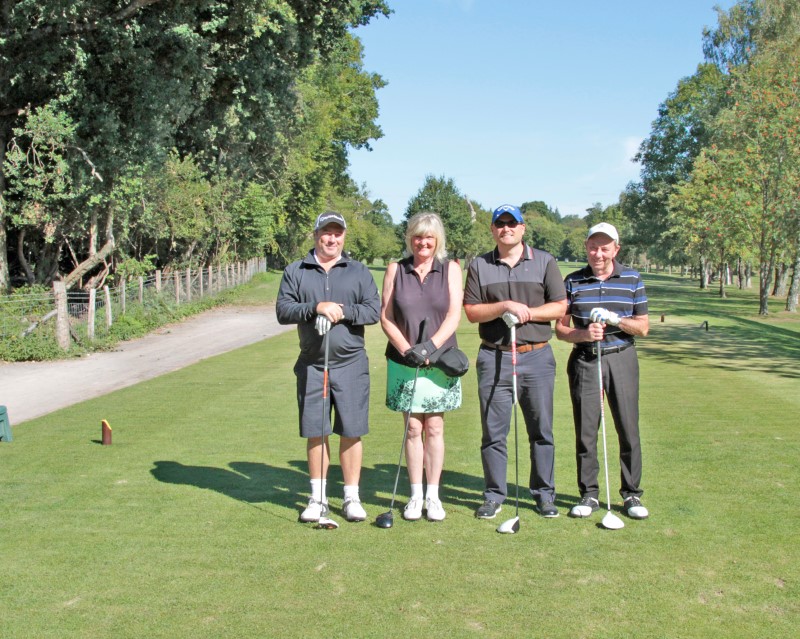 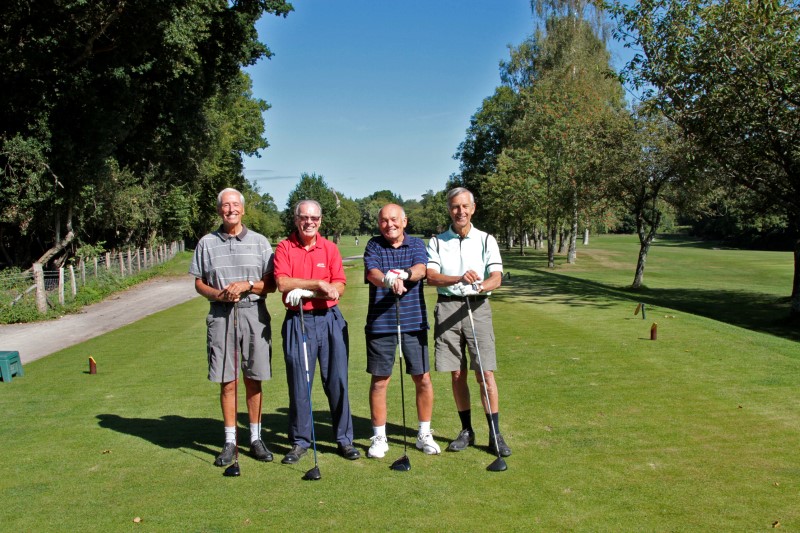 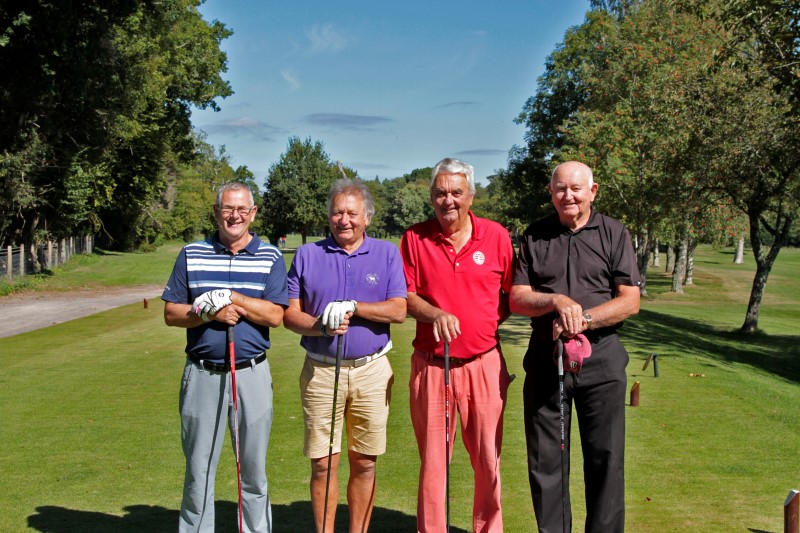 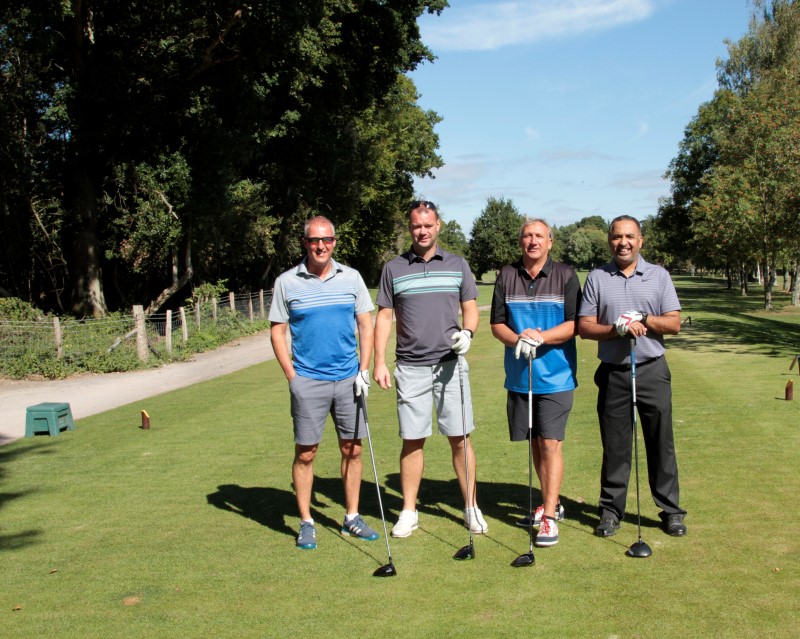 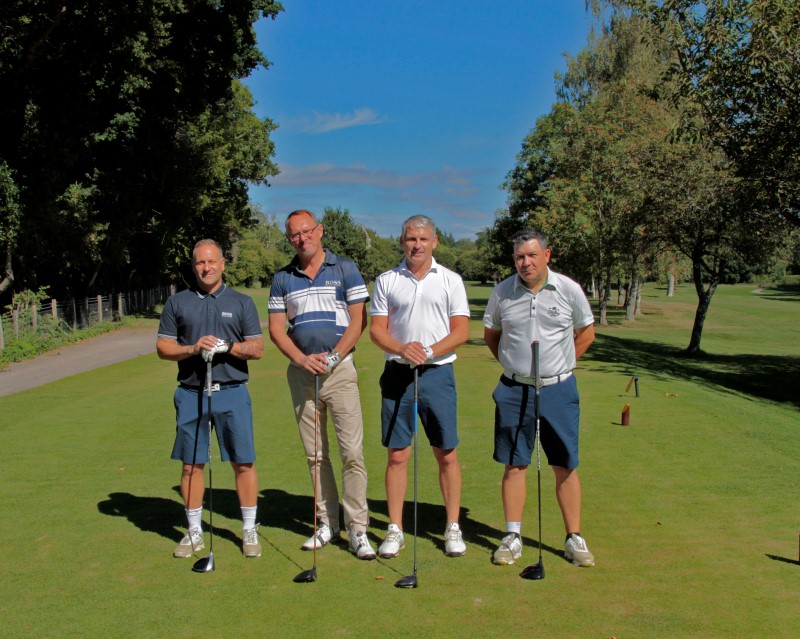 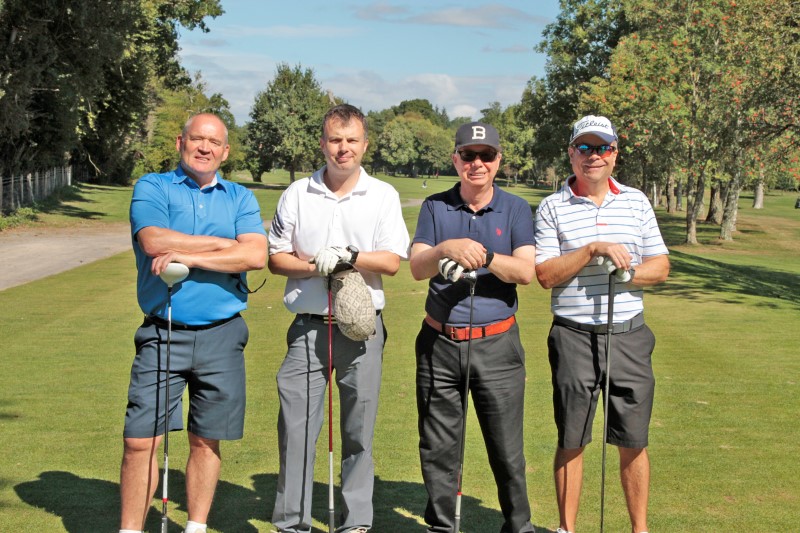 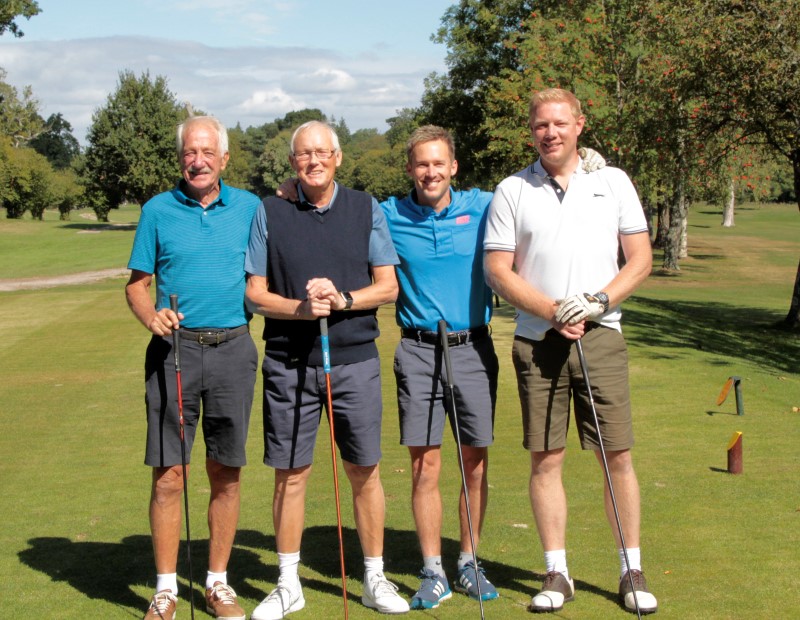 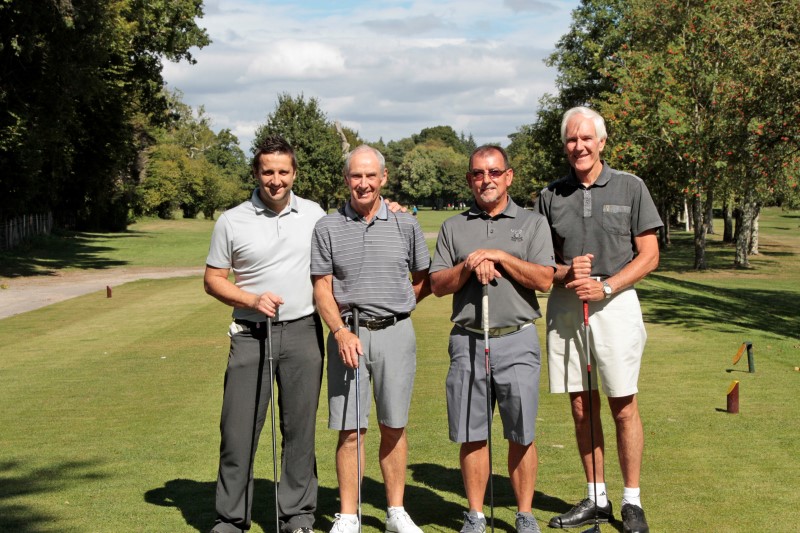 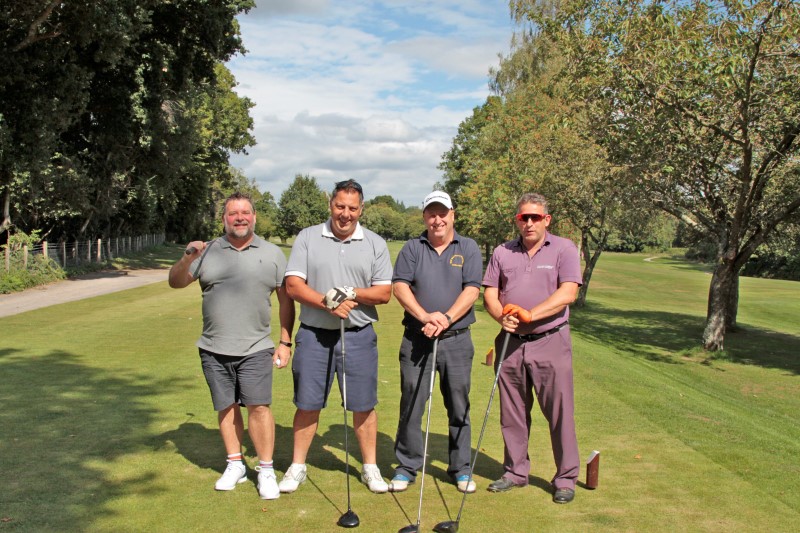 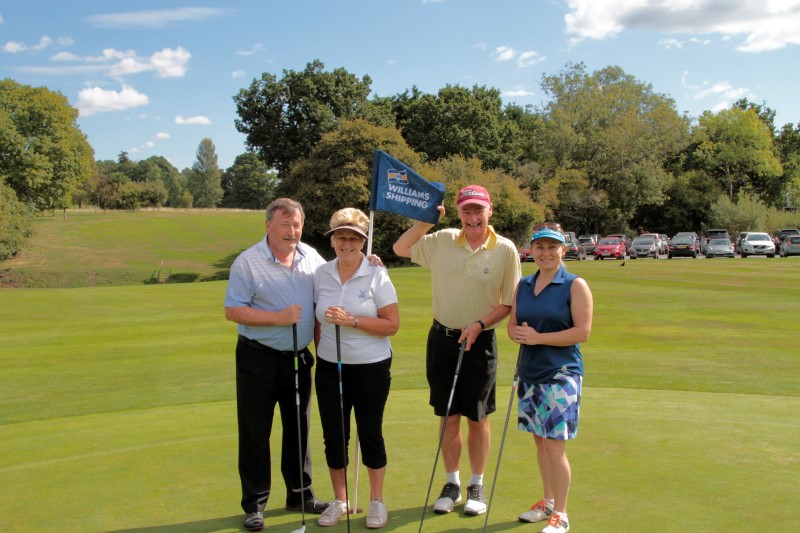 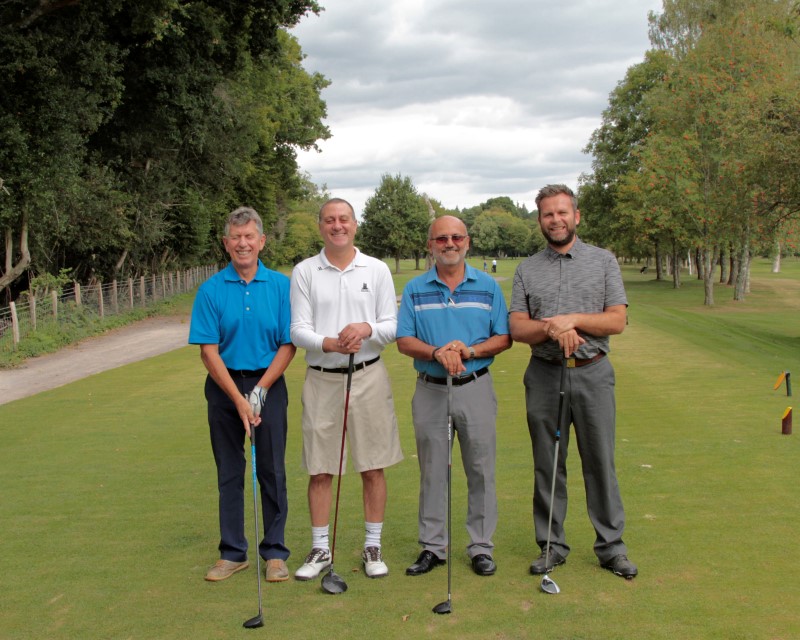 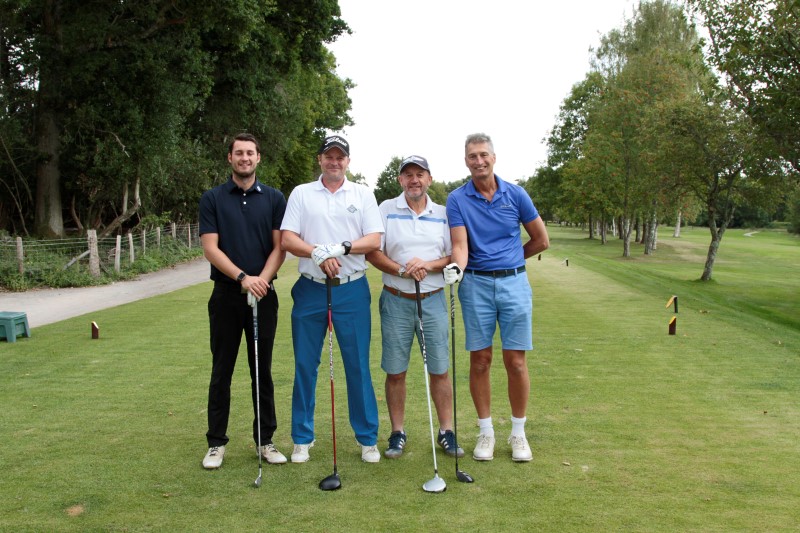 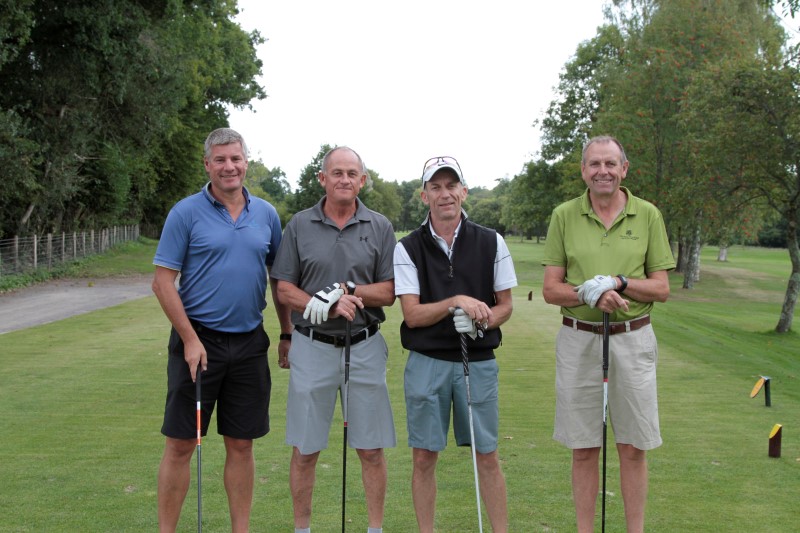 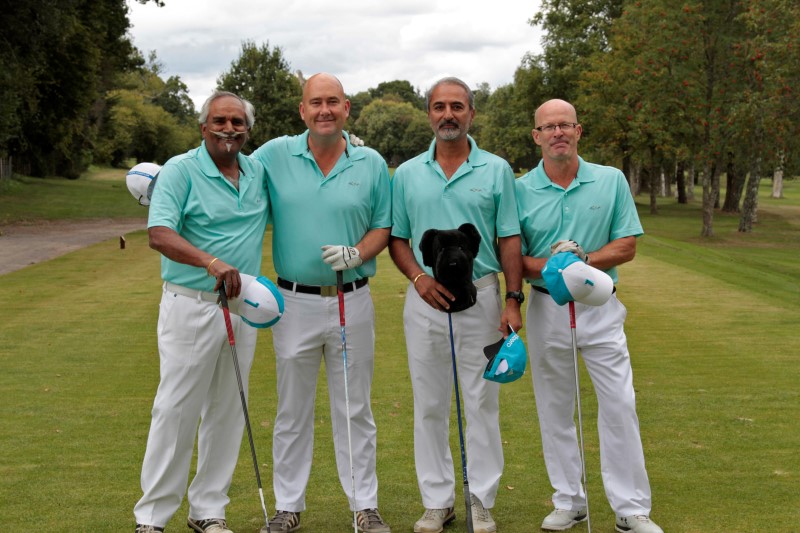 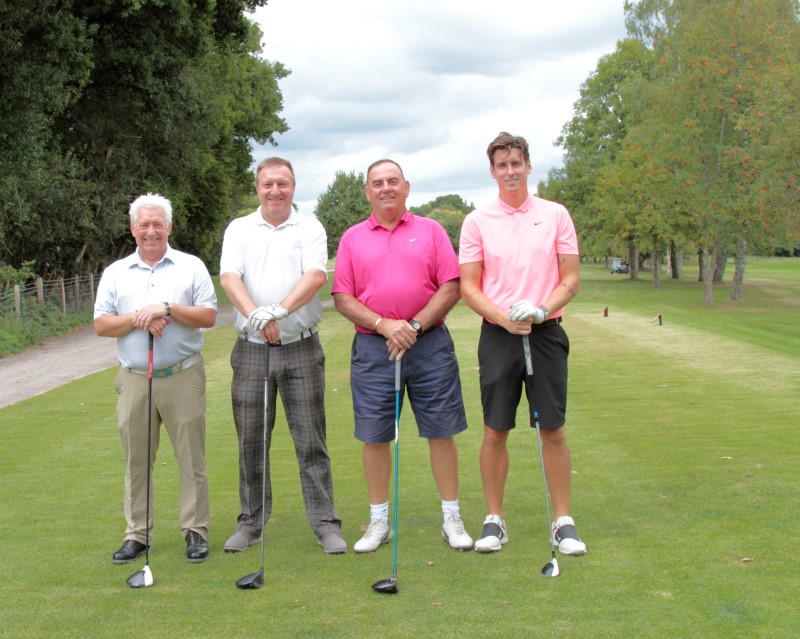 After a record breaking hot summer, we were worried that our reputation for a fine day would finally come to an end. In the event the sun shone early in the day, and although it clouded up we only had a short shower. Fortunately the recent rainfall had given the course a chance to recover and 108 players in 27 teams competed.

Our thanks again to John Thomson who despite spending most of his time in Hertfordshire, managed to contact and obtain free meal vouchers from about a dozen local New Forest restaurants and pubs. In addition he maintains a valuable link with Fullers the brewers who once again provided prizes and Beer! John’s efforts contributed the equivalent of over £750 in sponsorship.

We would like to thank Tim for covering the President’s role and once again announcing the teams on the opening tee, and returning in the evening for the prize giving.

Others made a great contribution, including Sam Turner who supervised the refreshments on the course. Shirley & Clive Rutland who helped with the set up and Raffle display and then ran a very successful competition on the 13th hole.  Fred Helyer, John Kernan, Arthur & Doreen who ran the popular putting, and the Chipping Competition. John Robinson assisted Ann on Reception and sold the raffle tickets, Ray Dawes took photos at the start of the day and later at prize giving. John Thompson & Kevin Stratford helped with various tasks early in the day.

We would like to give a huge thank you to our wives.  Every year Ann Calvert has dealt with the registration and the vital role of marking the player’s cards. Barbara Clayton deals with the administration before the event.  Sally for the display of prizes, and with her sister Donna in the Pimm’s Tent, kindly erected by Jim Knight.

Thank you to Peter Clayton, who laisse’s with Sponsors and Team entrants. Lastly a thank you to Nigel, who despite not playing too much this year still managed to obtain concessionary golf vouchers for the winning teams. He organized the catering and made sure nothing was overlooked on the day.

Here are some of the comments that were put forward in the Man or Lady of the day competition.

……Nearly knocked himself out walking into the branch of a tree!

……Chipped in from slope, ball ran up the bank and rolled back into the hole!

After a 14 hour day we all went home tired but delighted that the once again the day had gone well and I promise it will not be mentioned for at least 6 months!

Meanwhile after checking the figures we achieved a record £6,102 FOR CHARITY from the event.

Ken Ball on behalf of the Charity Golf Team 2018