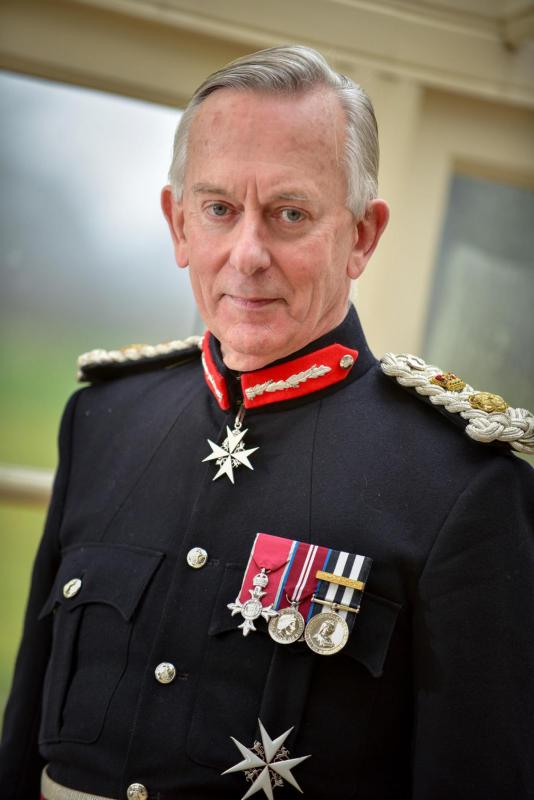 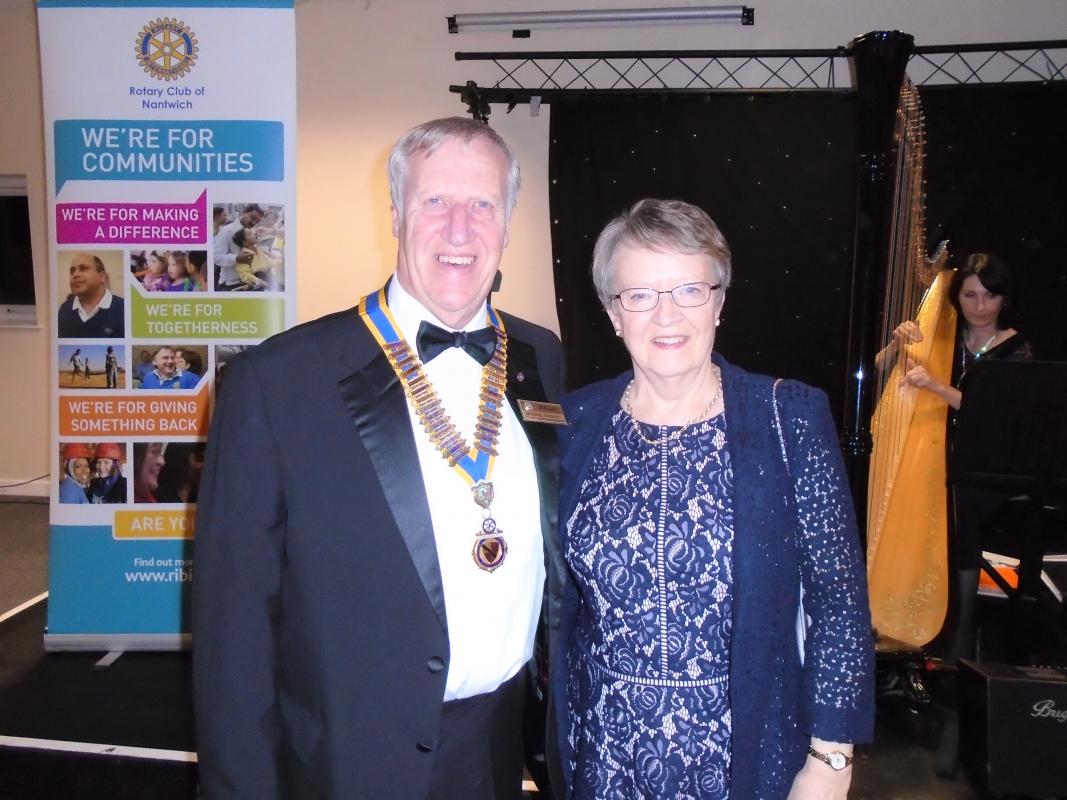 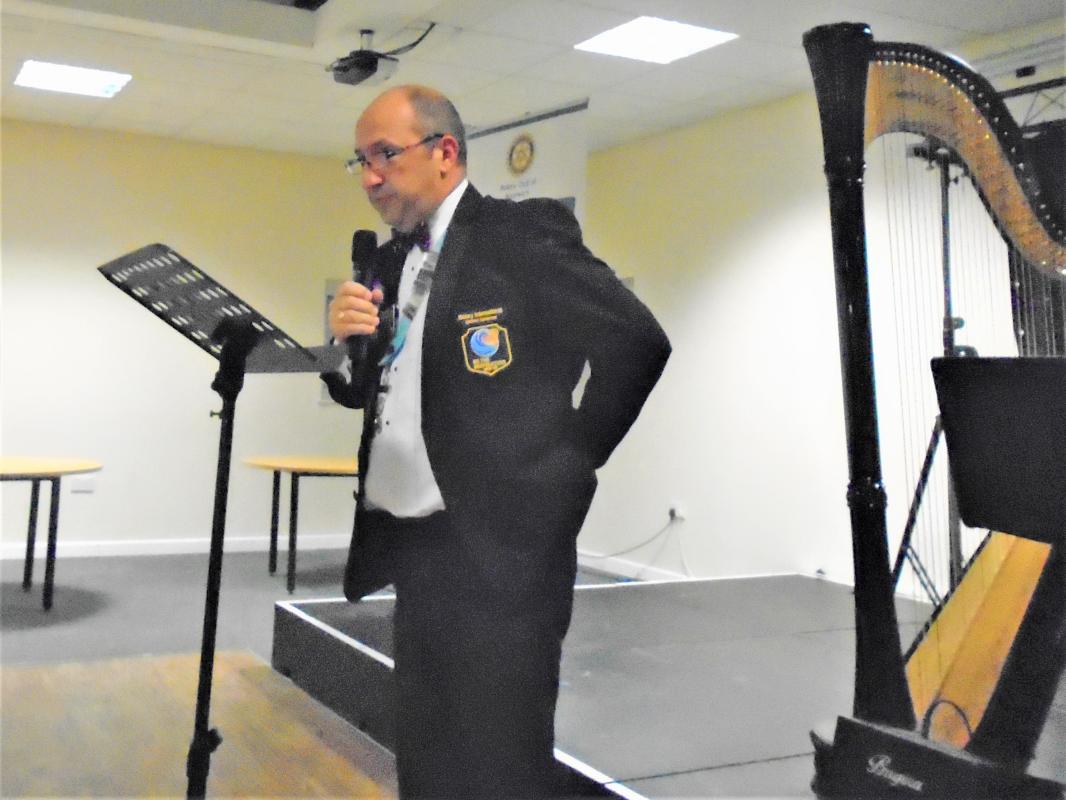 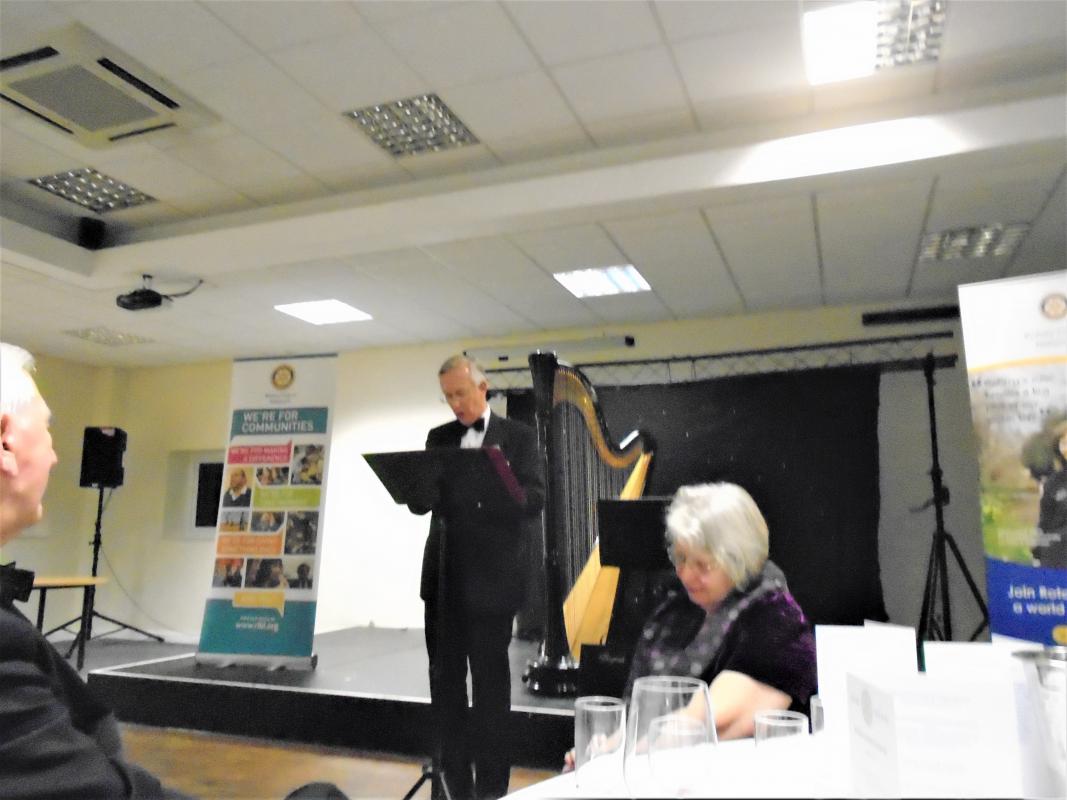 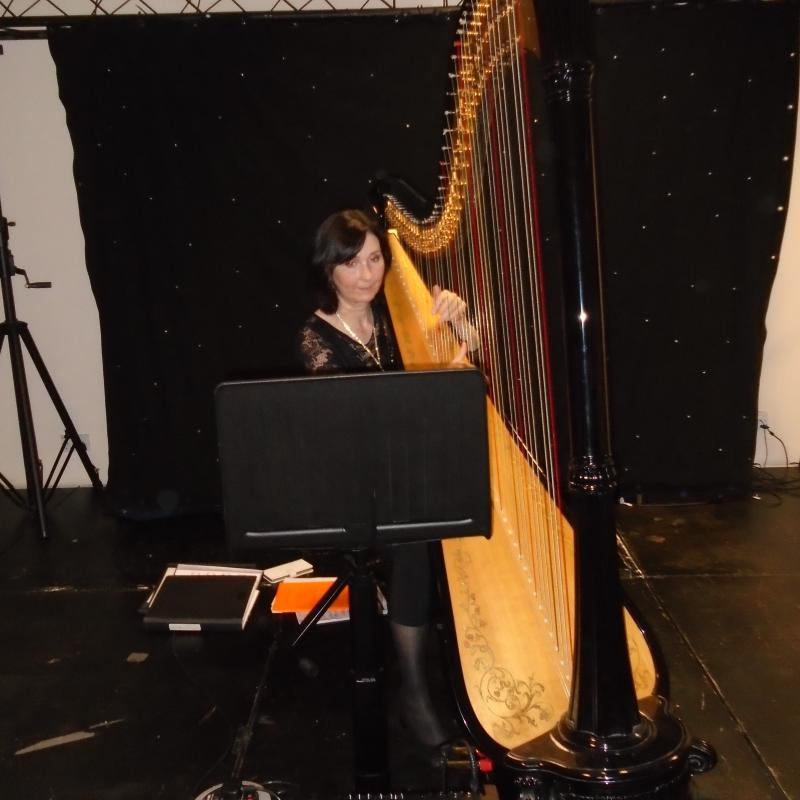 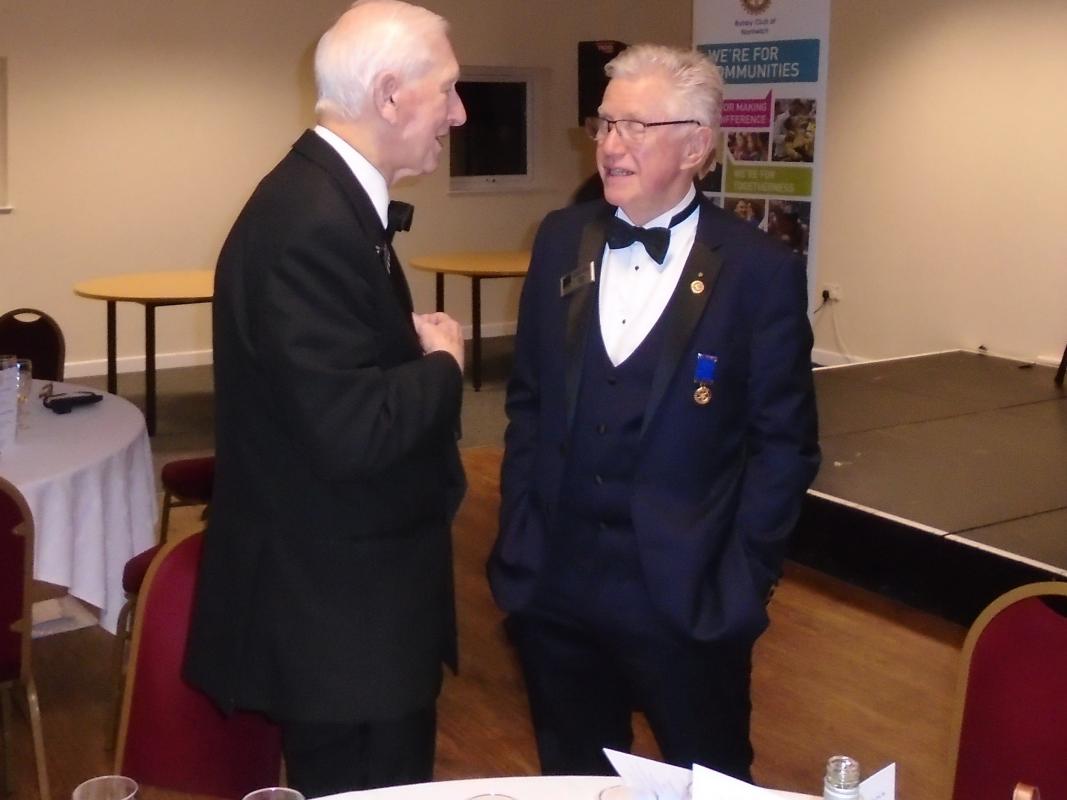 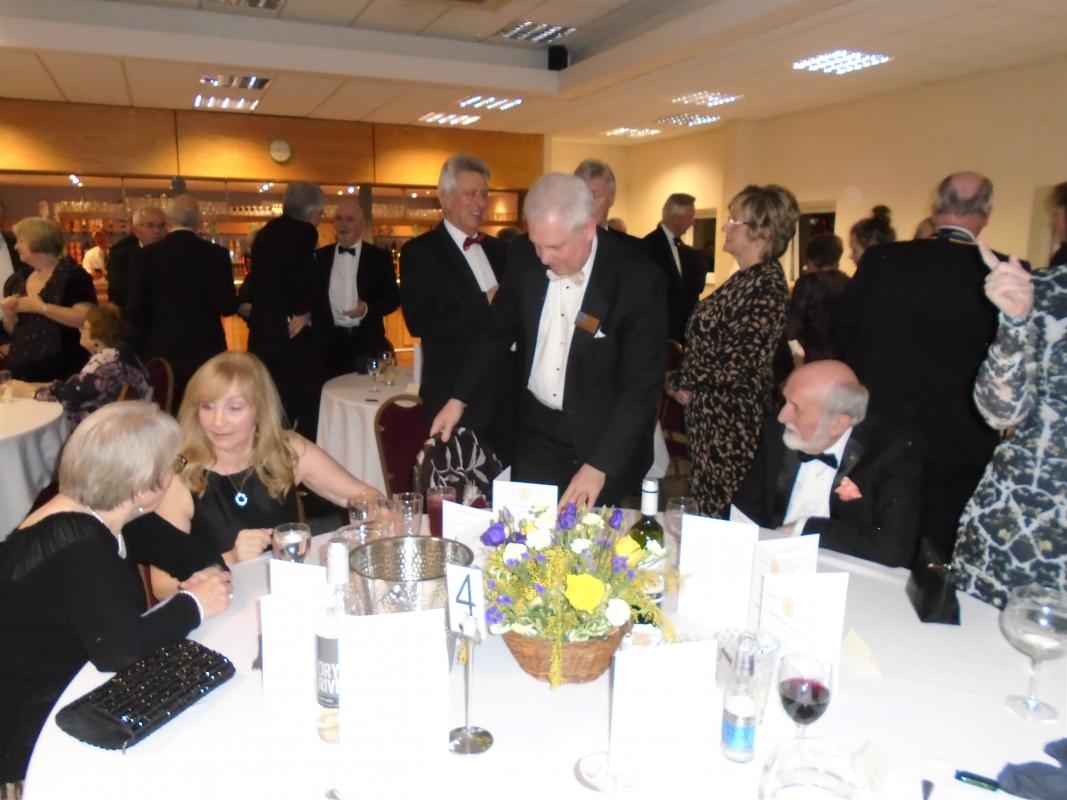 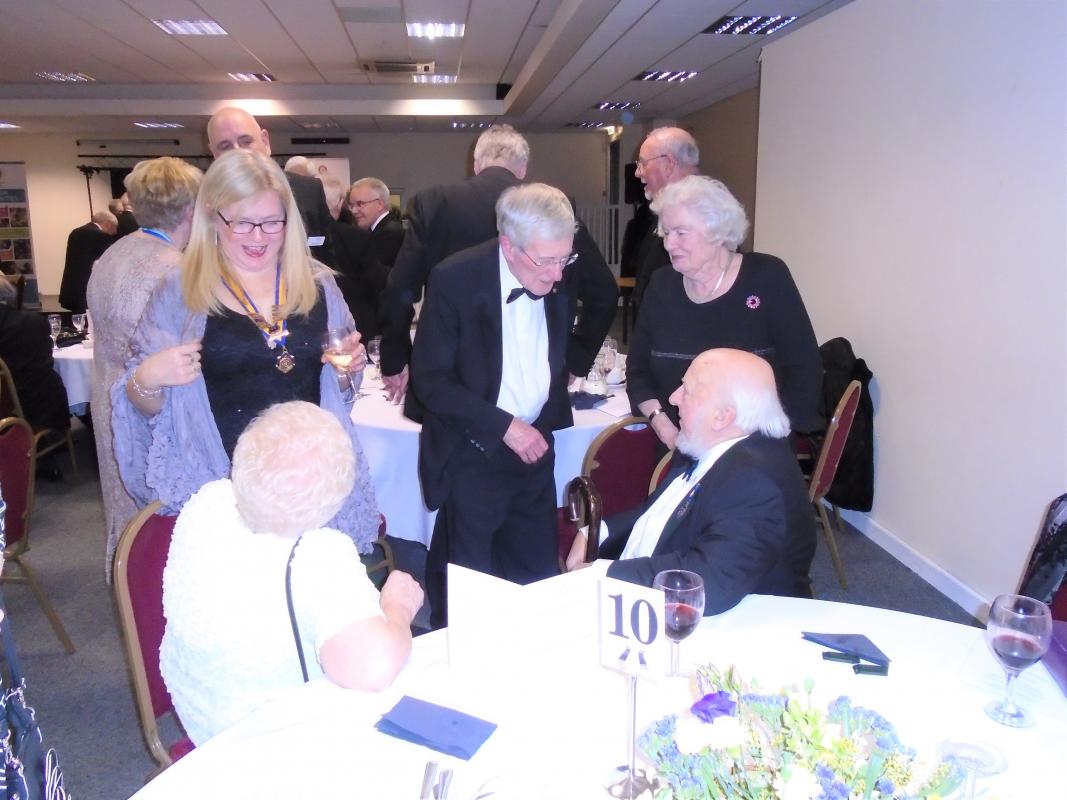 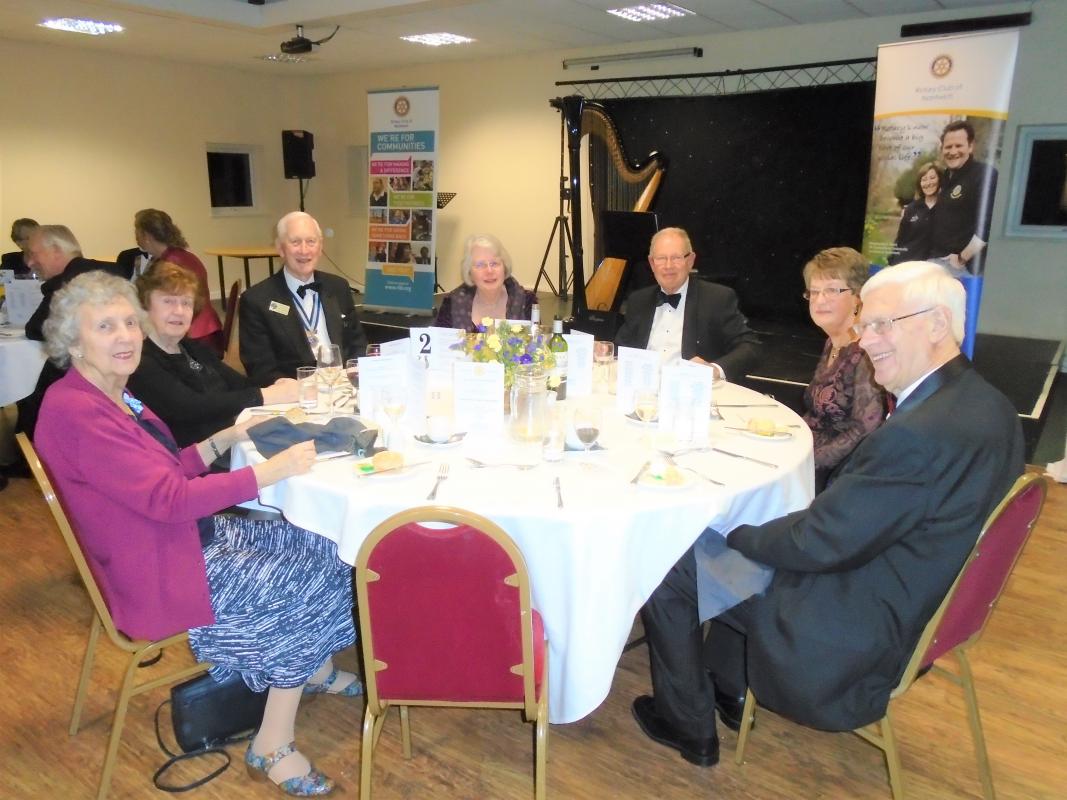 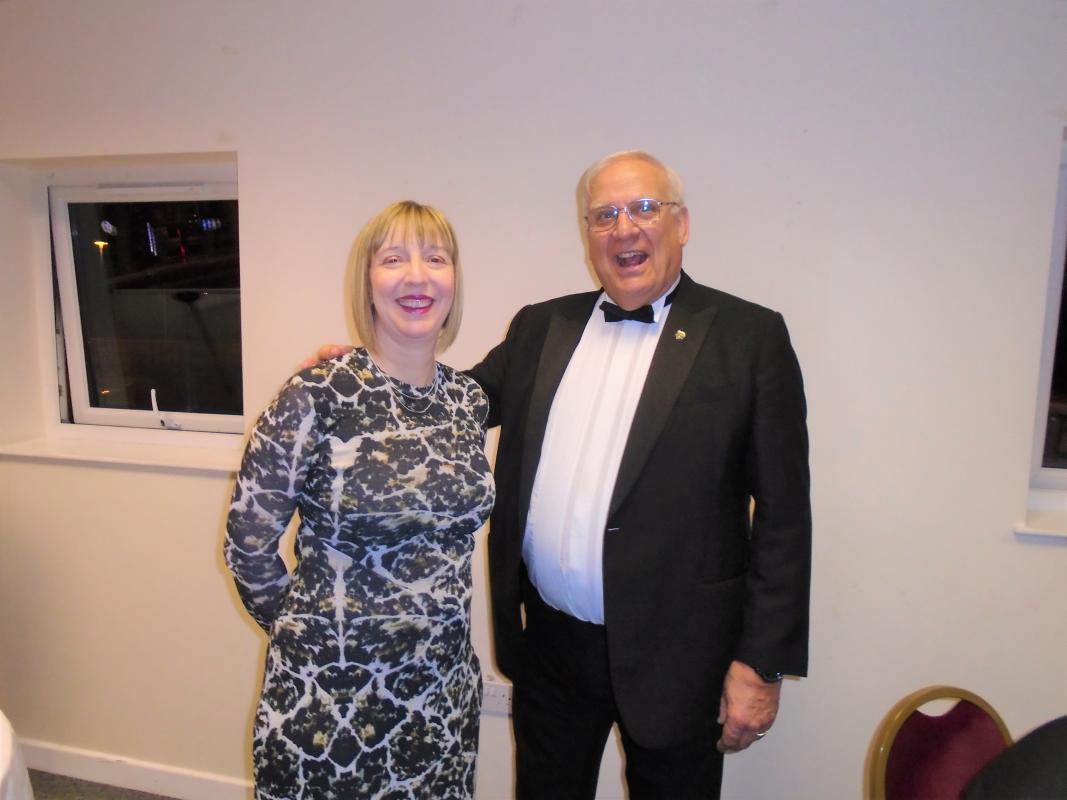 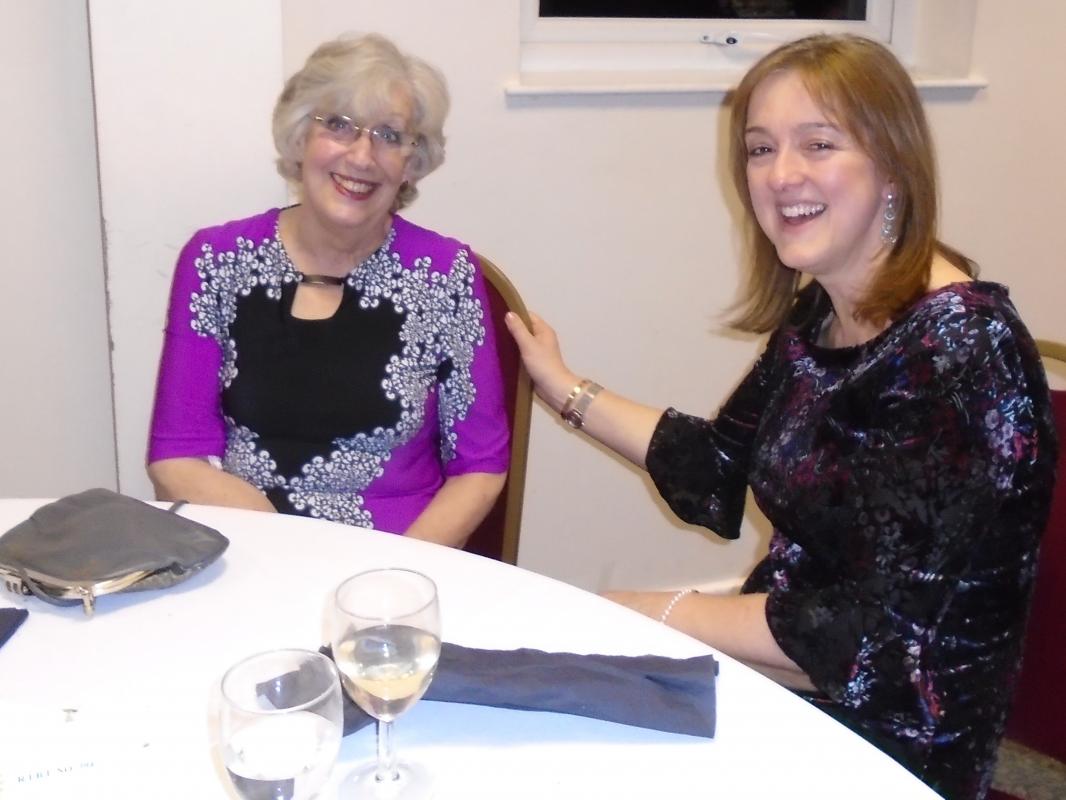 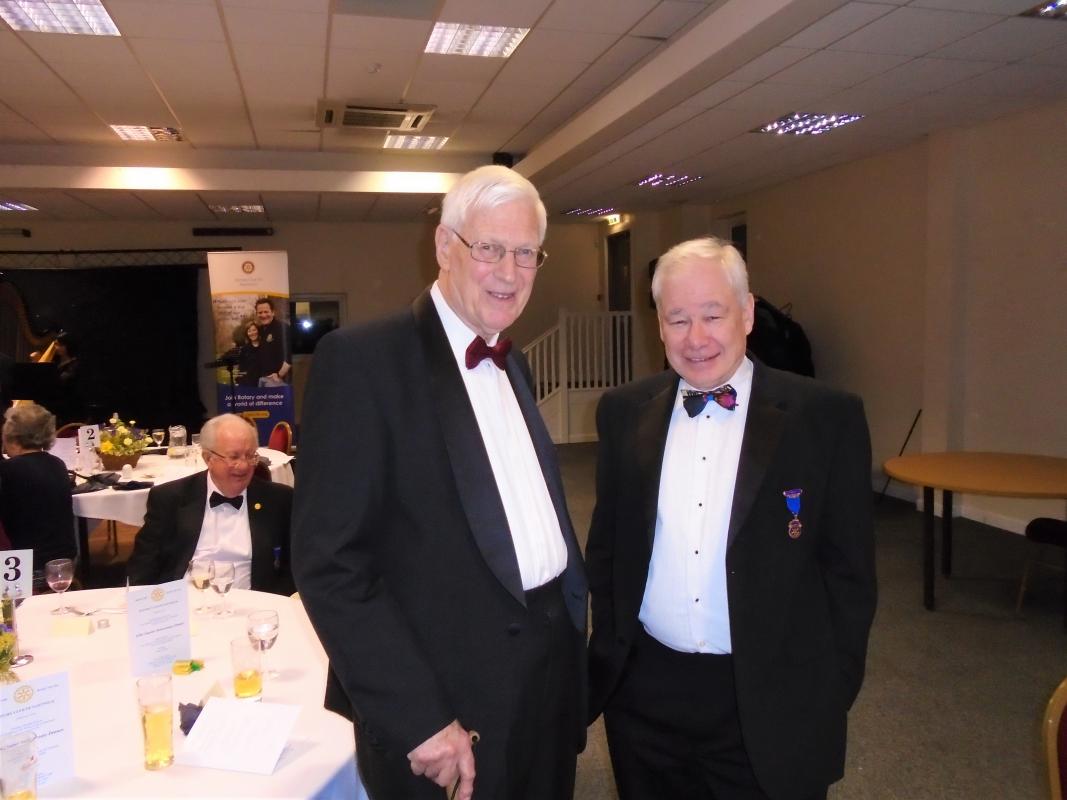 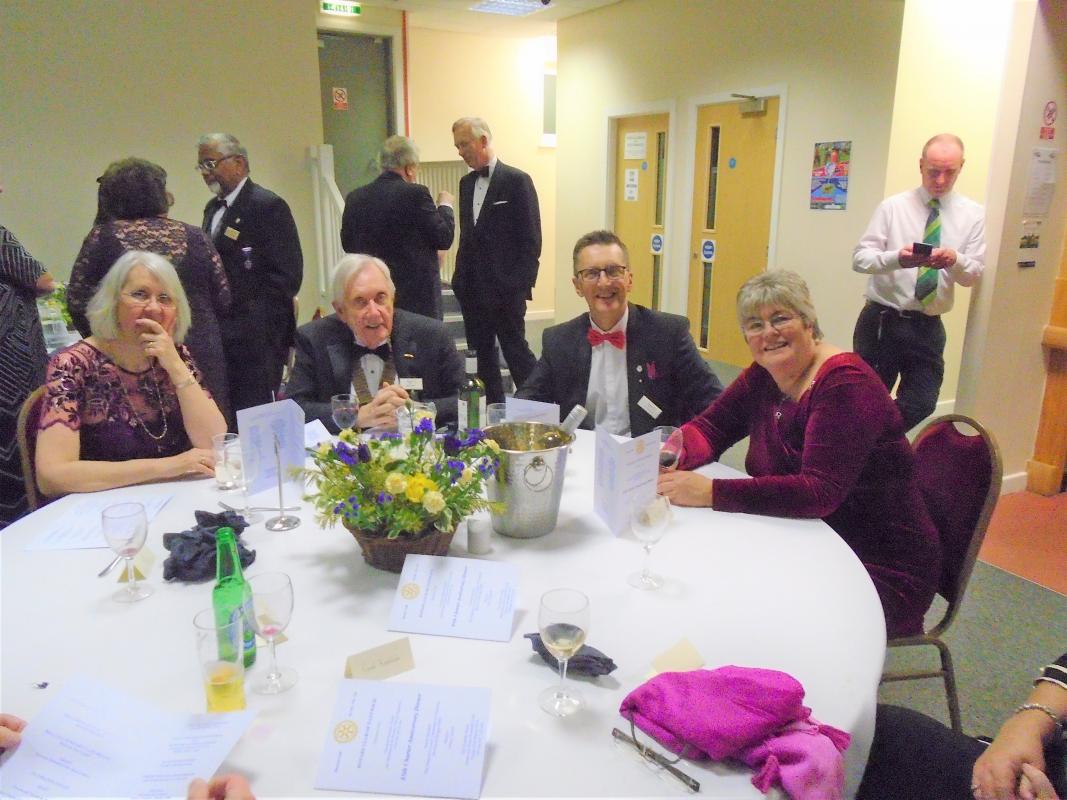 88 Members and guests attended  the Club’s 85th Charter Dinner and were welcomed by President Michael and wife Ruth at Nantwich Town Football Club.

Prior to start of the Dinner and during an intermission we were pleasantly entertained by a Harpist Oona Griffiths, which enabled all present to socialize without being drowned by loud music, which seems to be the normal procedure at functions nowadays!

DG Steve Martin gave a well thought out speech about how much the Nantwich Rotary had contributed to International projects such as Polio plus and Water Projects in Nepal and also ‘Lend with Care’.

He congratulated the Club in the formation of a new Breakfast Club Wych Malbank, which is now fully chartered and also for running its own weekly Rotary Roundup  Radio Programme on Redshift Radio.

The Main Speaker, David Briggs Lord Lieutenant of Cheshire spoke briefly about his ceremonial role as the Queen’s representative in Cheshire, but then spoke in detail about his Charitable involvement in Cheshire.

He has been involved with the voluntary sector since 1975; not least with St John Ambulance who appointed him a Knight of the Order of St John in 2011.

His principal involvement is now with the Cheshire Community Foundation, which manages funds for companies that want to approach their charitable giving in a more informed and focussed way, whilst companies rest safe in the knowledge that their hard earned profits are transforming the lives of the people they care most about.  One example he gave was Crewe-based luxury car manufacturer Bentley who have created a bespoke memory box for people living with dementia. Specialists from the firm’s Pyms Lane factory have lined the box with leather and gold embroidery, using their world-renowned precision, The box was then filled with swatches of leather, walnut and carpet, pictures of vintage Bentley motor cars and a sample bottle of the new Bentley cologne. The Bentley box is now being used at charity teas, which are held each month to help people living with dementia to socialize.

If you want to make sure that every pound you give is well spent then please come and talk to the Cheshire Community Foundation about how we can help you to achieve your philanthropic goals.

Recently the Cheshire Community Foundation has launched The Young Minds Matter Programme ,which matches charitable donors with the causes that matter most in Cheshire and Warrington, where 13.1 per cent – or nearly 24,300 children and young people between 0 and 24 years – are believed to have a mental health issue.

Finally David made a plea for more people in South Cheshire to be proposed for Honours recognition as there is a distinct shortage of worthy citizens receiving honours in the area, leaflets were distributed on how to make a proposal.

President Michael wound up  evening by thanking all those who had helped to make the occasion such a success.