OUR ANNUAL CHARITY QUIZ AT LYNDHURST

A fun event in Lyndhurst Community Centre with teams of eight. The ticket price of £10 included fish and chips. Bar and raffle. All In aid of Shelterbox. More details below the pictures. 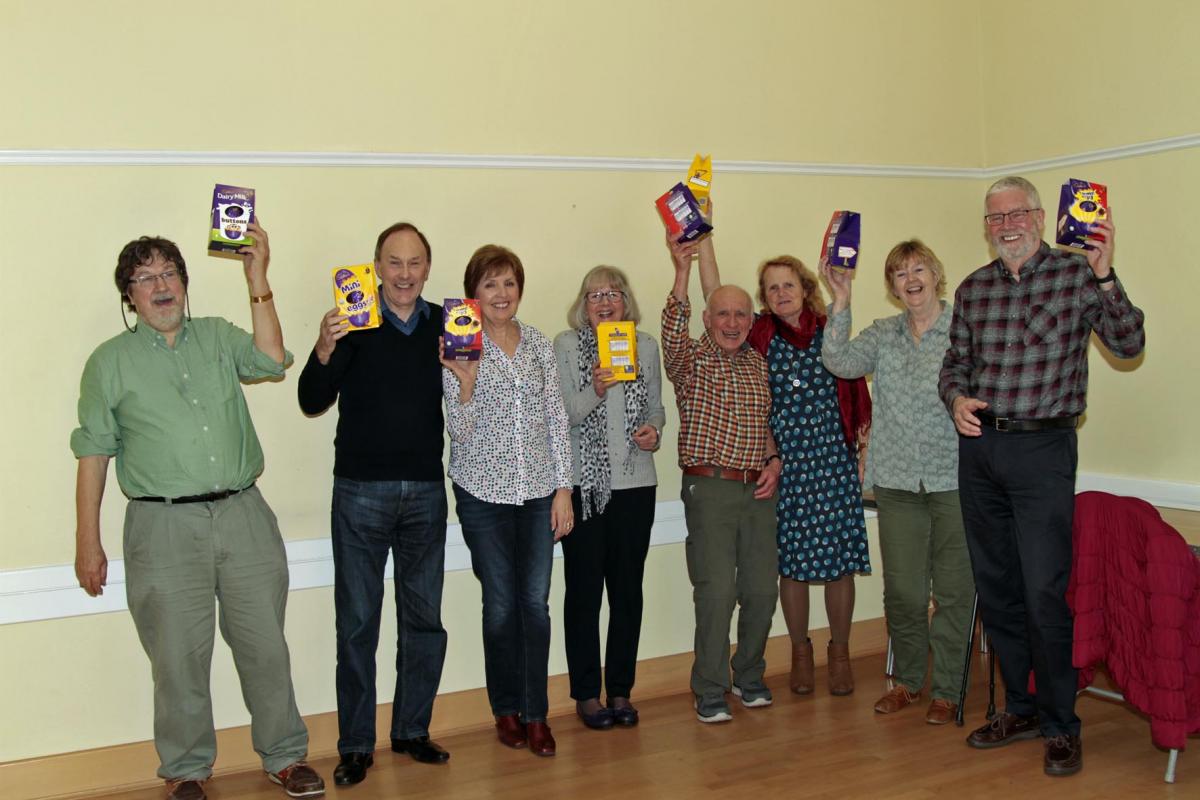 OUR ANNUAL CHARITY QUIZ AT LYNDHURST 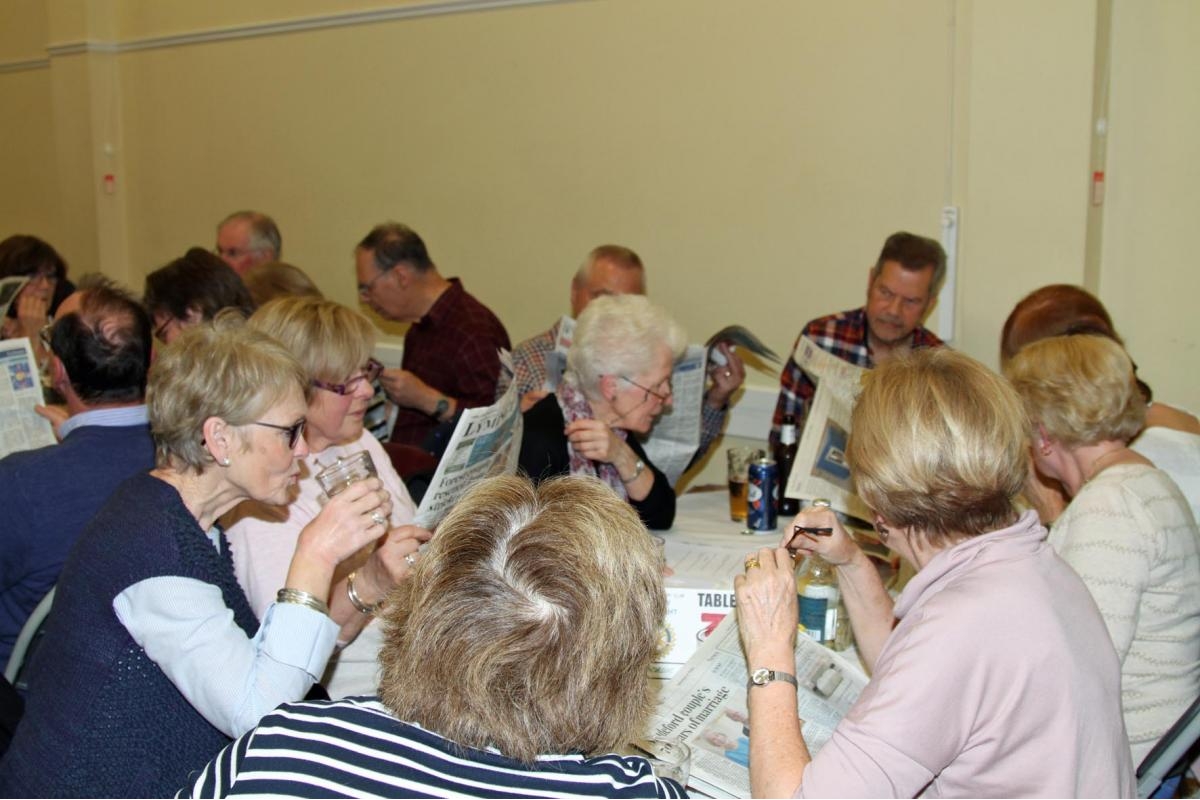 Starting on the Newspapers 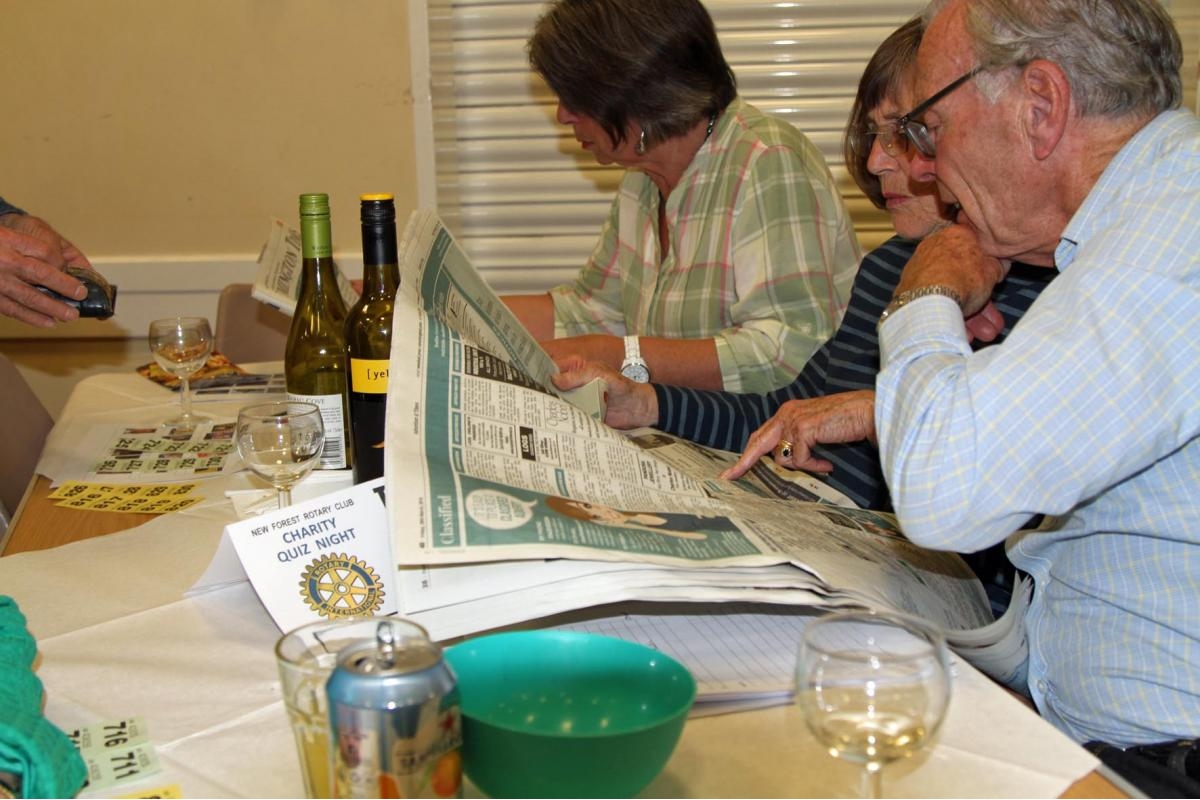 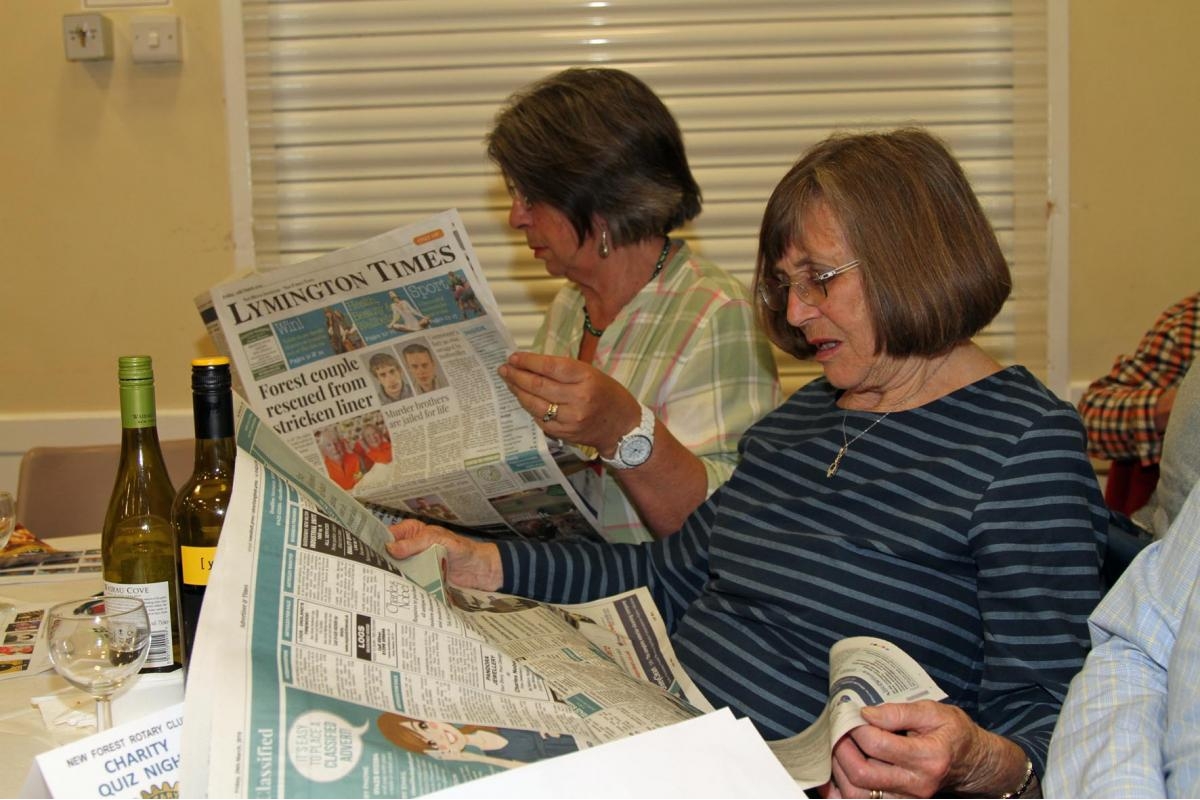 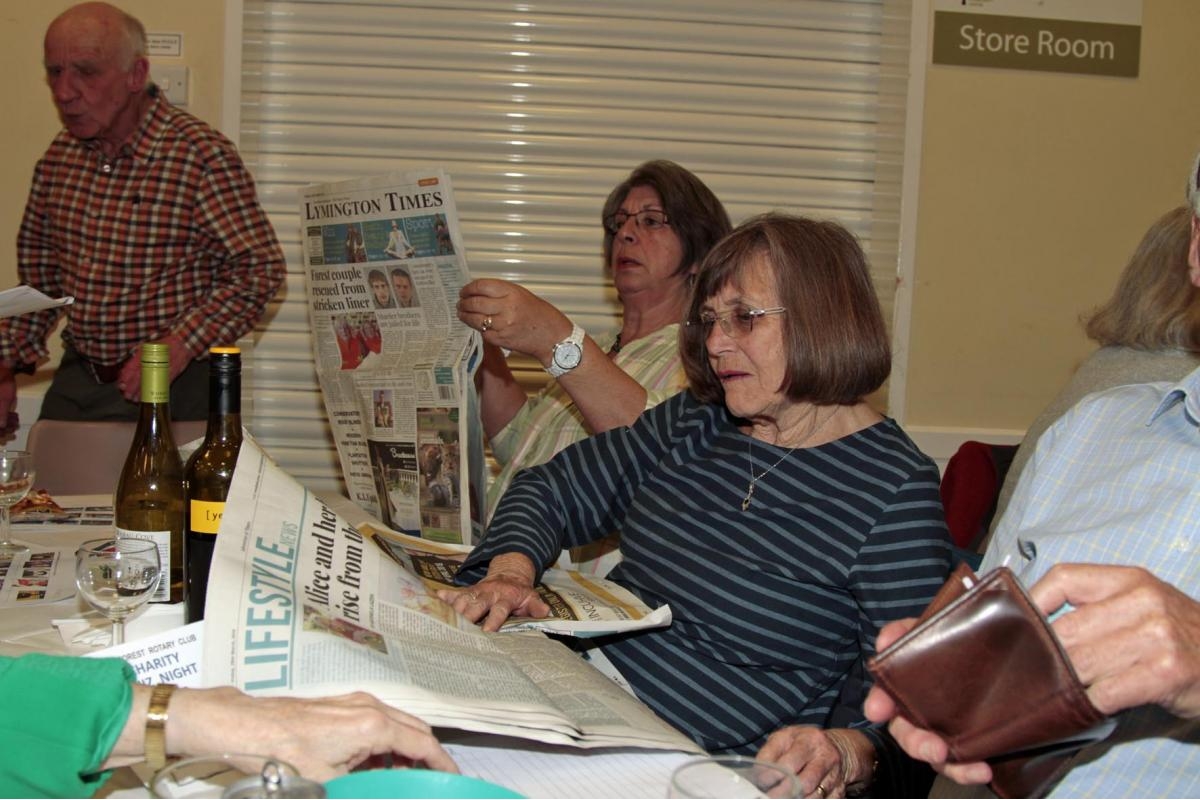 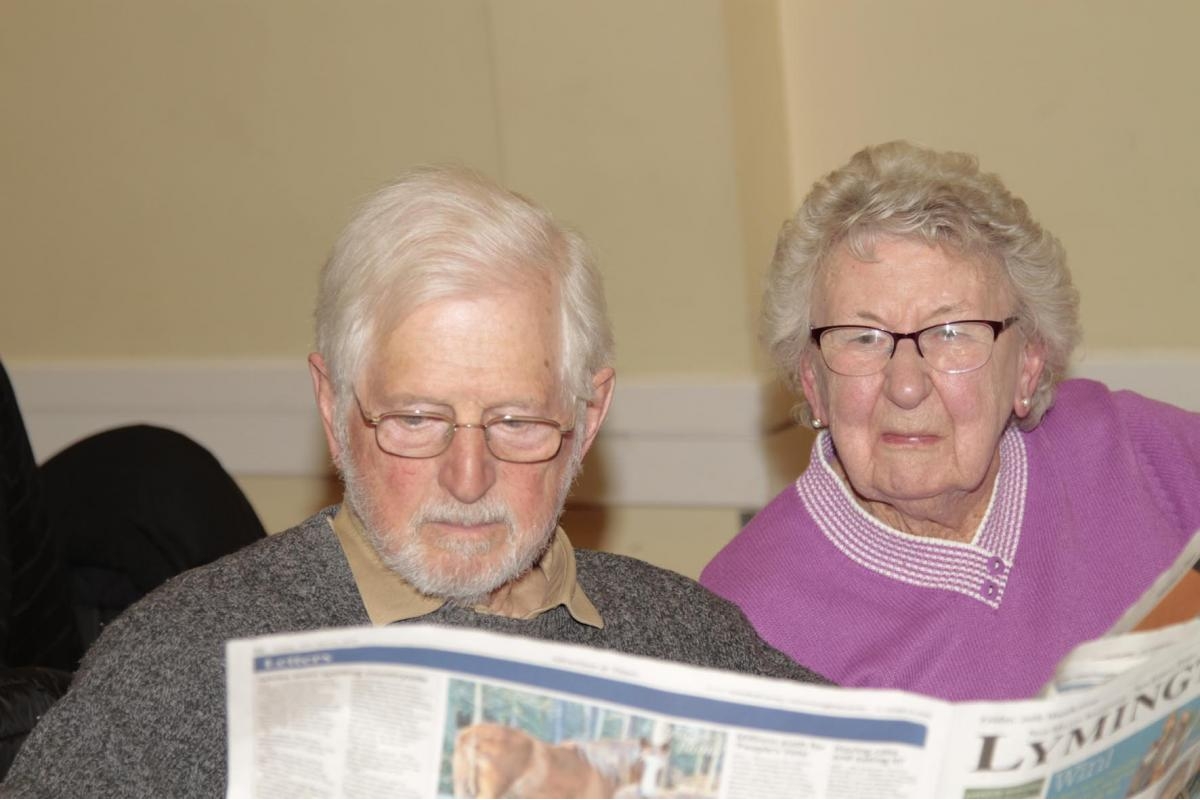 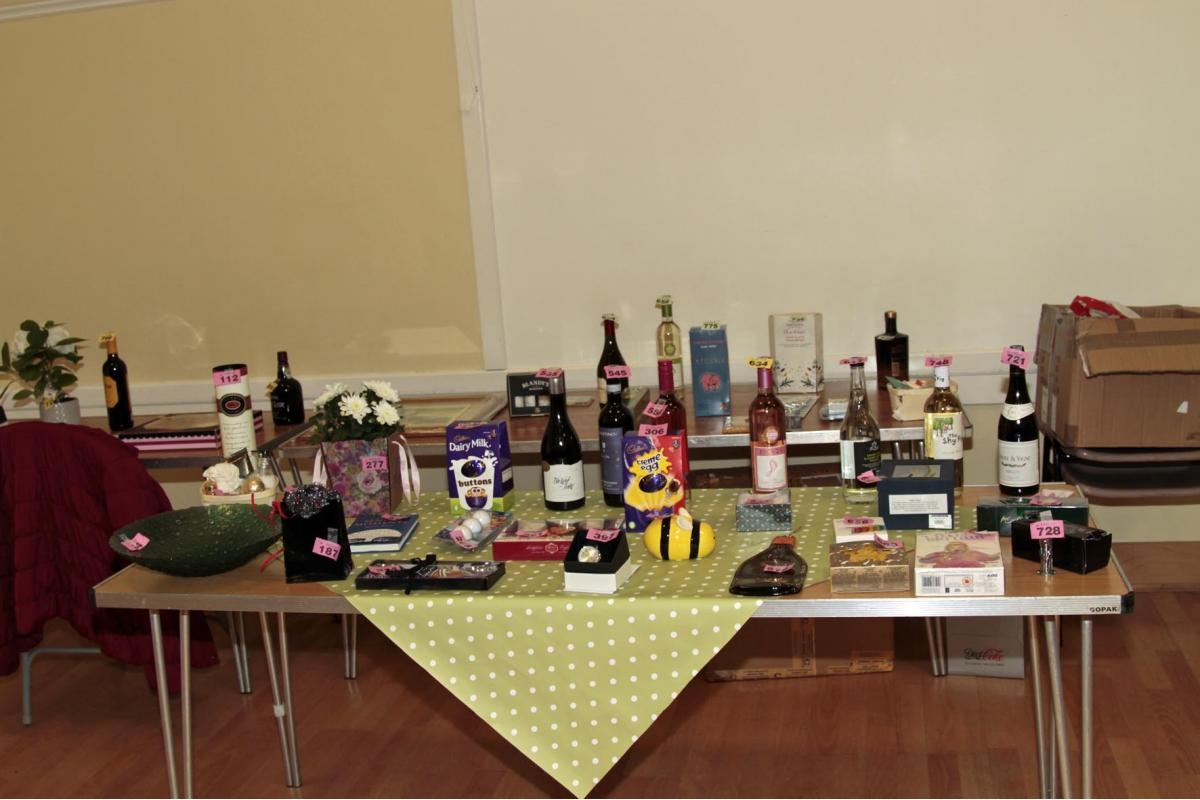 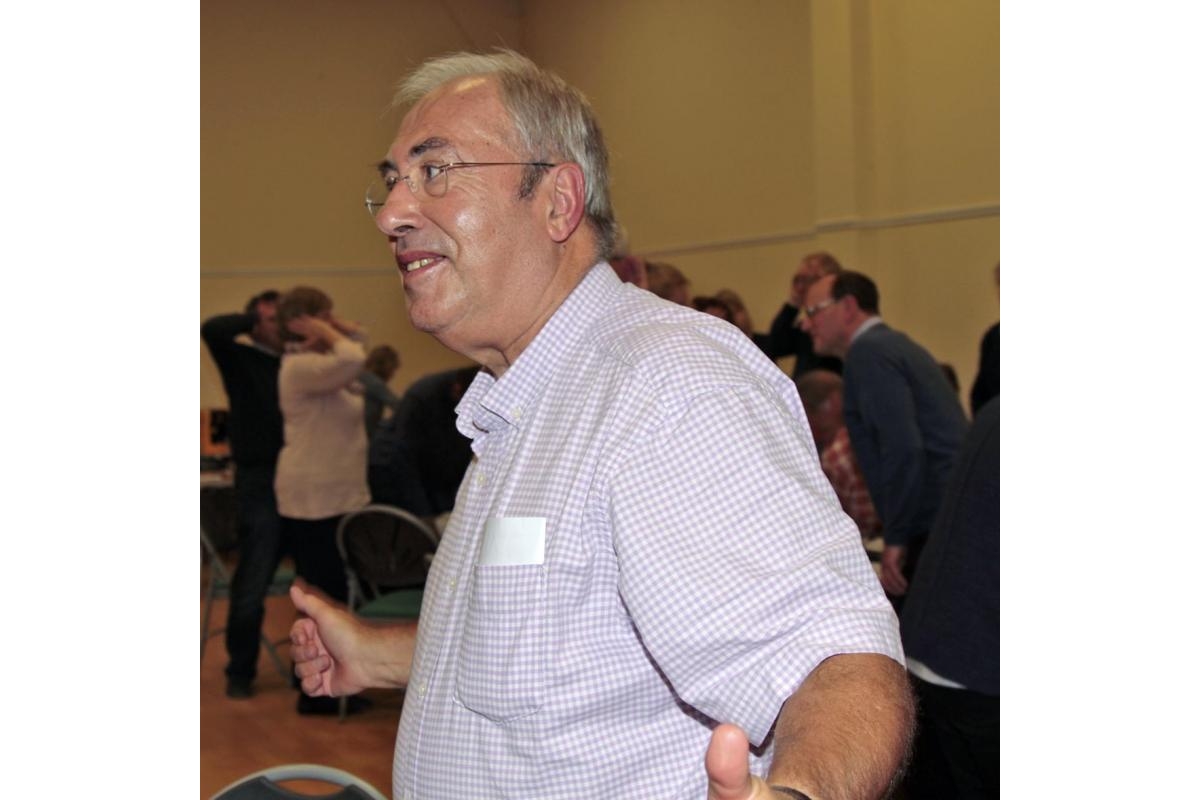 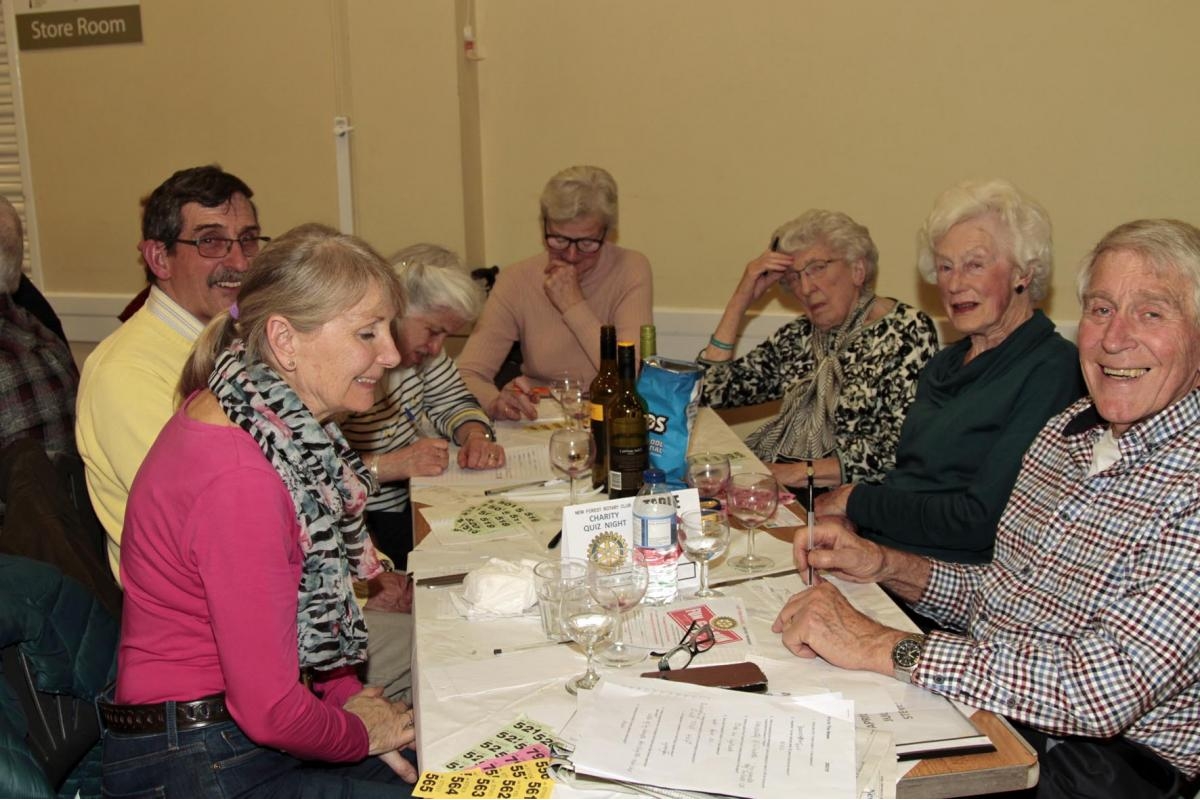 Adding up the scores 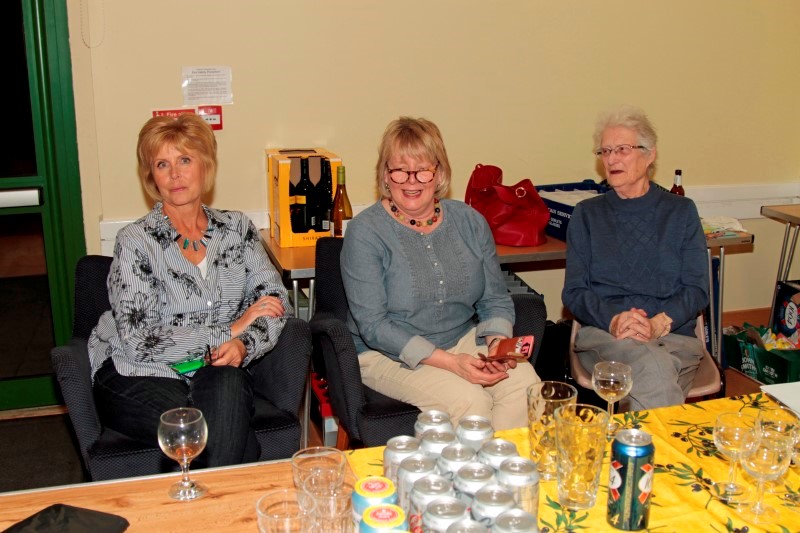 Sally, Tina and Bridget the main organiser on the night. 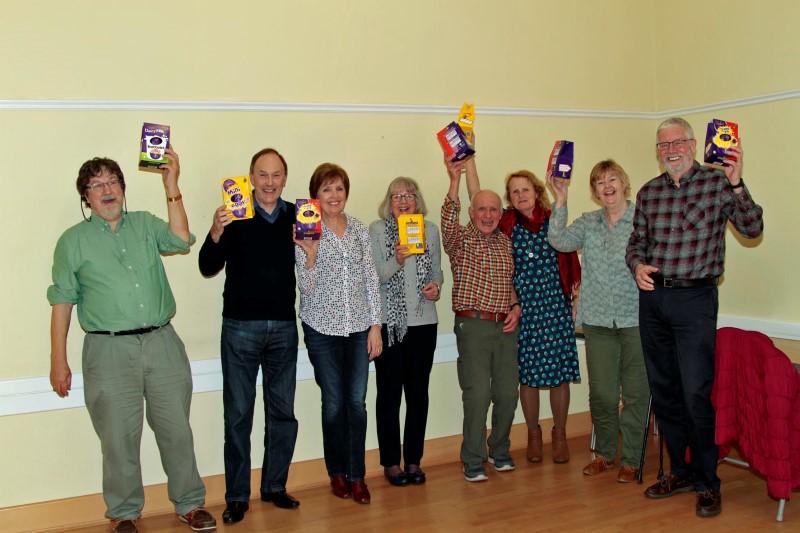 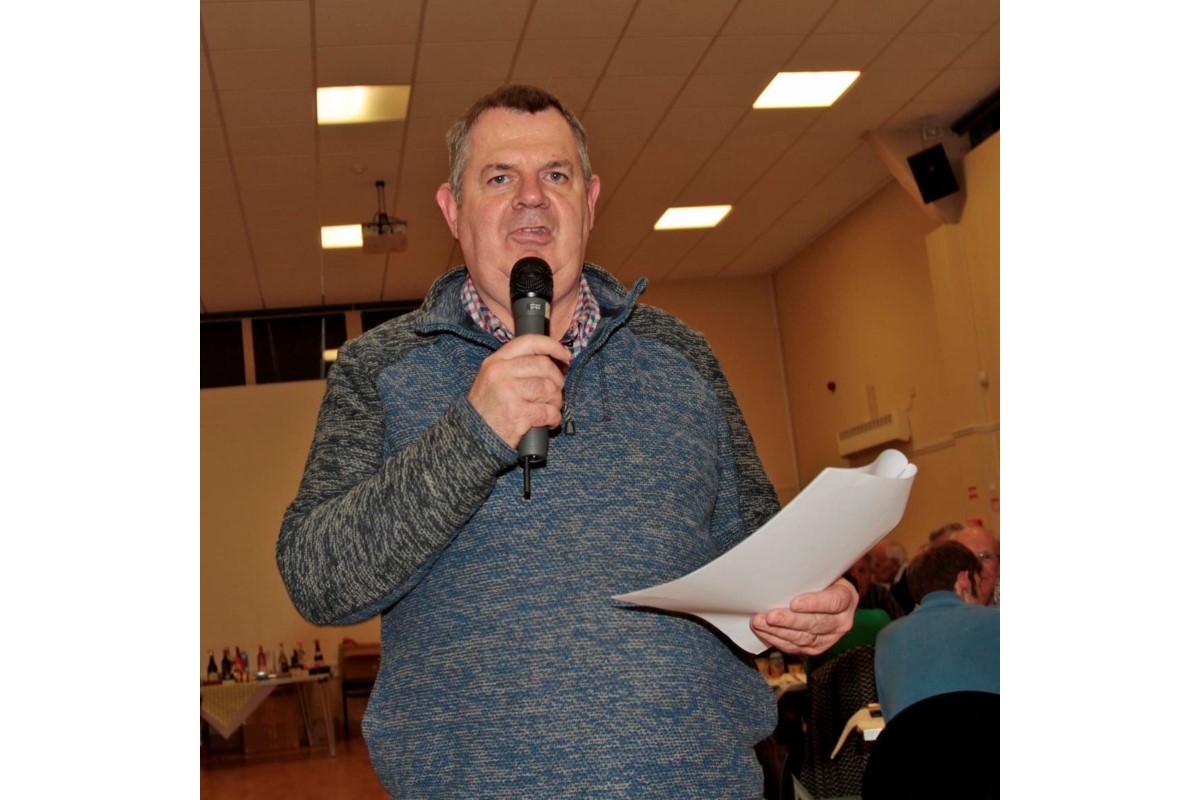 THE NEW FOREST ROTARY ANNUAL CHARITY QUIZ. RAISING FUNDS FOR SHELTER BOX THE DISASTER RELIEF CHARITY AND HAVING A LOT OF COMPETITIVE FUN DOING IT.

On 28 March 2019 (Brexit Day) we had no Brexit for reasons of muddle and confusion, but we certainly had a well organised and great fun quiz in Lyndhurst Community Centre. With 13 Teams including Rotary, Lyndhurst Probus, Lyndhurst and District U3A, Two teams of Penny's Nordic Walkers, Lymington Rotary and other local teams we had nearly 120 sets of brains in gear.  The enthusiasm in the hall was intense and the whole event was hugely enjoyable.
Tim Richardson had come up with some fascinating questions over a wide range and there was a lot of headscratching. As well as the uisual format there were two picture quizzes and one surprise - a quiz using the Lymngton Times. For this Tim distributed question lists followed by ample copies of the latest Lymington Times.
The photos show everybody apparently reading newspapers at leisure but in fact it was feverish scanning of the pages fot the answers to Tim's questions.
We had first class food with an ice cream option too and a big raffle.
The winning team was Ken Garrods friends from Brockenhurst "The Brockbusters".

Well done Dave Smith for the overall organisation, Bridget Gook for the arrangements on the night particularly the food and the bar, Nicola Antoni for the raffle, Ray Dawes was the photographer and thanks to all the other helpers who made it run so smoothly.

FINANCIALLY IT WAS A HUGE SUCCESS WITH A PROFIT OF £940.74. The main charity chosen was Shelterbox which provides practical assistance, in a box, to disaster areas worldwide.