HANDBACK TO PRESIDENT PHILIP. IN JANUARY

WE WERE DELIGHTED TO HAVE A 'HAND BACK' TO PRESIDENT PHILIP AFTER HIS ABSENCE WITH ILL HEALTH. We also have as a very special speaker Eddie Curry, Proprietor and MD of the Lymington Times 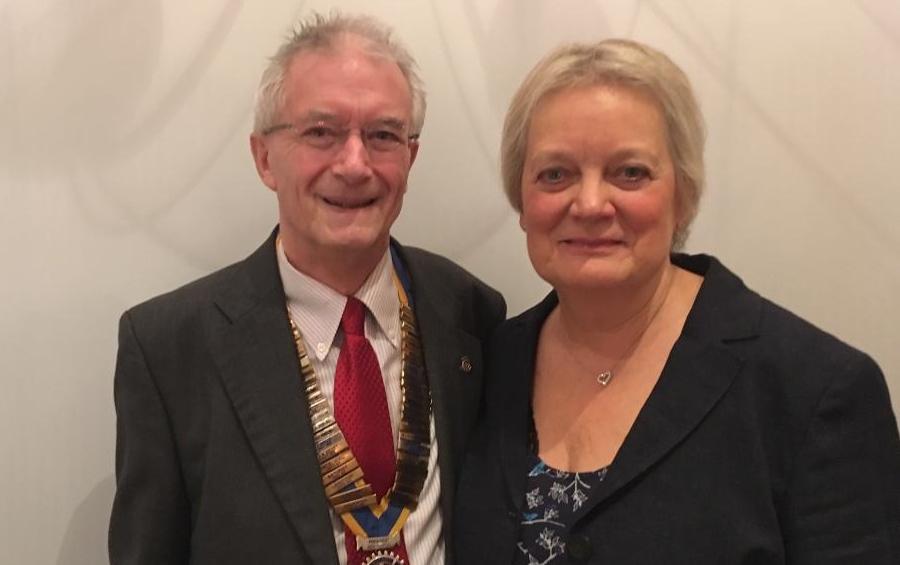 HANDBACK TO PRESIDENT PHILIP. IN JANUARY 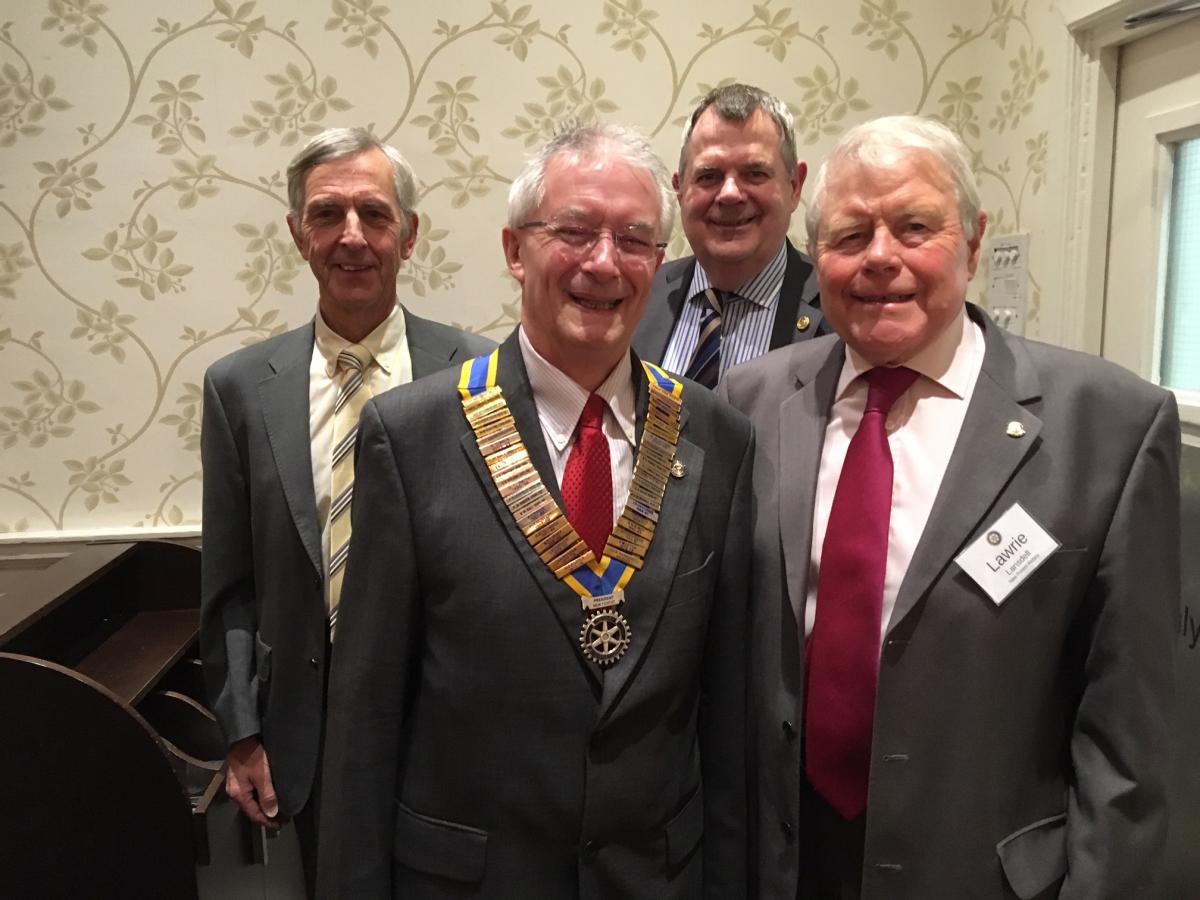 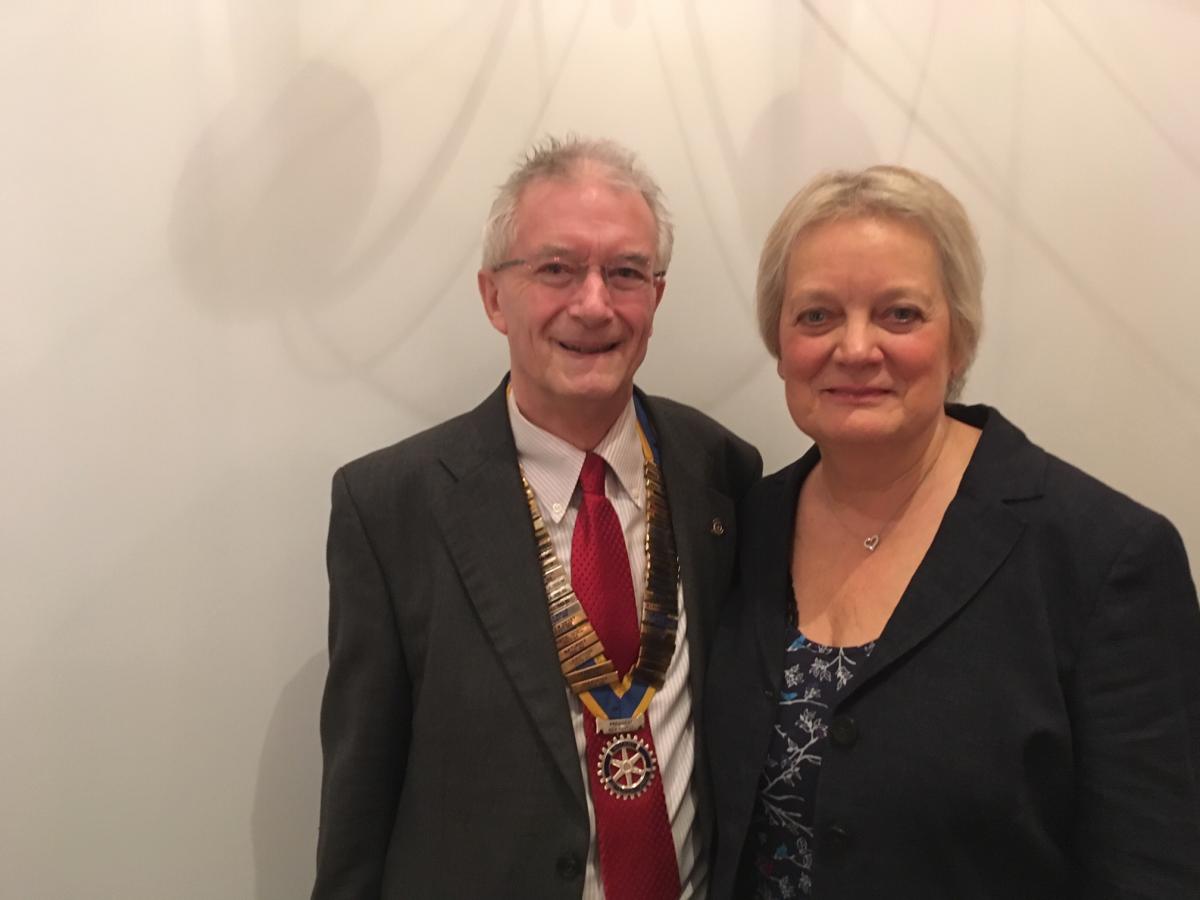 HANDOVER BACK TO PRESIDENT PHILIP.   Photos by Ken Ball.

This was a very special evening. President Philip was too ill with a life threatening immune deficiency to take over the role in July 2018 and in November when it was planned once again he had to pull out at the last minute on medical advice. Most of that time he spent isolated at home, with his wife Fiona, having treatment, or in an isolation room at Southampton General.

In the meantime the 'triumvirate' headed by Tim Richardson assisted by Lawrie Lansdell and Tony Roe, held the fort, acting as Presidents.

Fortunately, after a stem cell transplant and more isolation, Philip was fit to return and he was welcomed with open arms. On the night his Presidential chain of office was returned to him  to huge applause.

His wife Fiona had also been in virtual isolation due to  the risk of he catching an infection which she could pass to him. She had more than a few cuddles from those present.