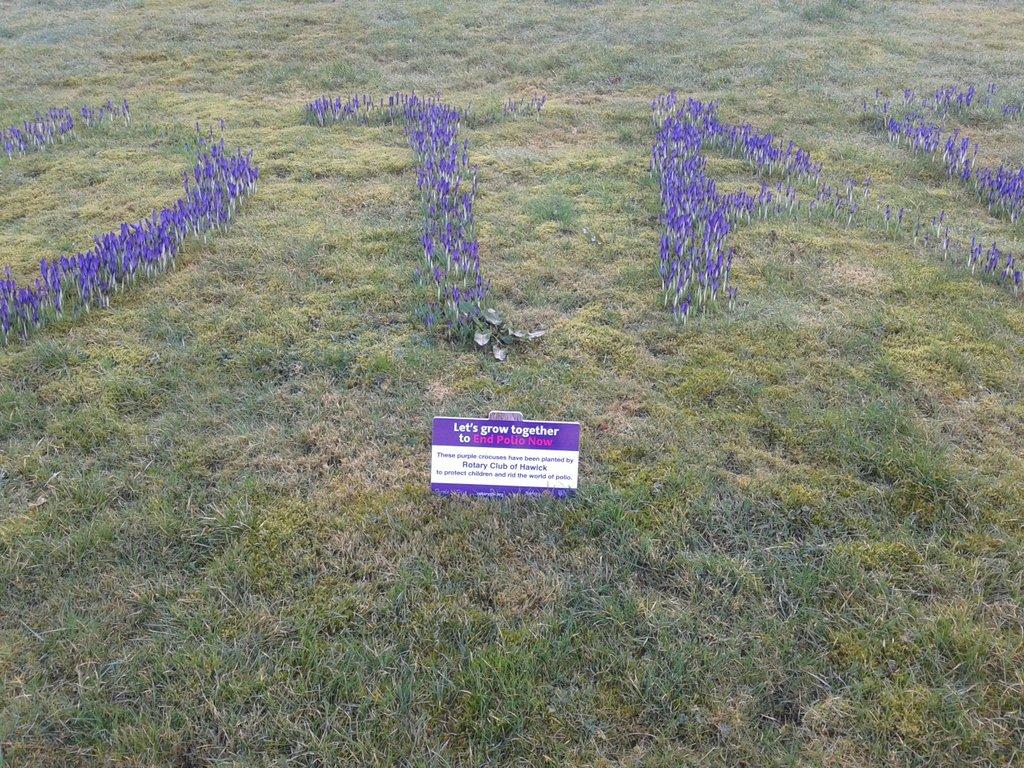 In April 2017, a group of local Rotarians planted out over 5000 crocuses to form the word Rotary, on Heronhill bank along Weensland Road, Hawick. This was part of a nationwide project to use the purple crocus as a symbol to publicise Rotary International's campaign to 'End Polio Now' which is also supported by the (Bill & Melinda) Gates Foundation.

Last Spring brought some frustration as a combination of the stage of development of the bulbs and the climate meant there was little to see on the banking.

However in recent weeks there has been steady growth with bright days bringing out the colour. Photos are attached and also illustrate the sign placed there to give information.

The previous year, 2016, saw Rotaruians plant their crocuses on the roundabout at Galalaw, on the A7 north of town, with cooperation from Amey, the roads contractor. These bulbs did not come last year either, and now take their chance alongside daffodils which have also been planted there.