Part of a Nationwide Rotary Young Writers competition, the local round for schools in the Alton Area, encompassing a record-breaking of 7 schools. 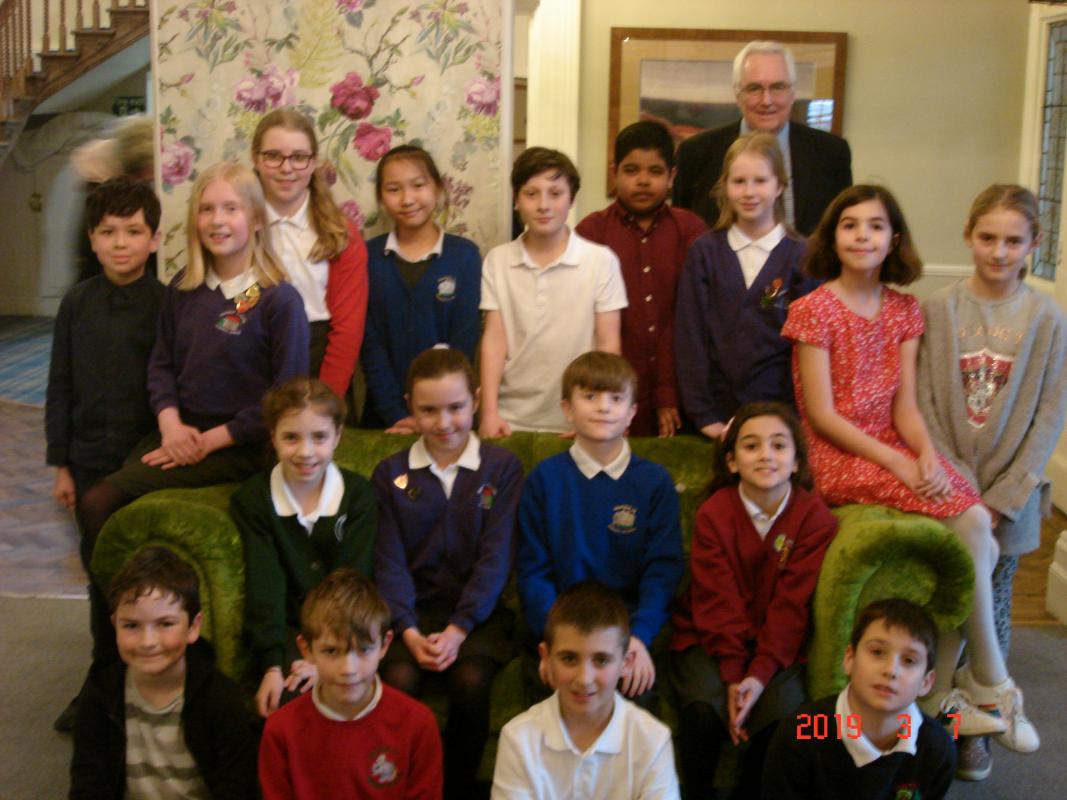 The Rotary Club of Alton organised, as part of a Nationwide Rotary Young Writers competition, the local round for schools in the Alton Area.

This year’s theme was “My Inspiration” and there certainly was a lot of inspirational writing!  From all the contributions received, the top 3 from each school were submitted to a panel of judges led by local author Valerie Wilding (My Story: Road to War) supported by Martin Korda, writer of the UK No1 box video game in 2018 “FIFA 19”, and Alton Library Team Manager Ginny Arnison.

Submissions were judged in February and a special awards tea party for pupils, parents and teachers was arranged by the Rotary Club of Alton at the Alton House Hotel on Thursday 7th March 2019.

After enjoying the food and drinks the presentation to prize winners was made.

From each school a first, second and third prize of a certificate and a book token was awarded. The presenter made complimentary comments on the quality of the writing and imagination shown in the submissions and invited the winning pupils from each school to read their texts.

The overall winner of The Butts School with an emotional story about “My Nan”.  The winner will now go forward to the District Competition of Rotary to decide who represents Hampshire and the IOW at the National Final.

After the presentations the participants took the opportunity to talk with the judges.  Alton Rotary President Pam Bradford thanked all the participants in the competition and also the judges, Valerie Wilding, Martin Korda and Ginny Arnison.  Rotarian Peter Johnson was also thanked as the organiser of the whole event.

We deeply thank everyone involved for their partitipation and colaboration.