It was somebody’s very good idea to revive the service we gave to the Children with Cancer (CWC) charity in Polegate for whom we used to clean their caravan at Combe Haven Holiday Park at St Leonards, ready for summer visitors in the soon-to-start season. 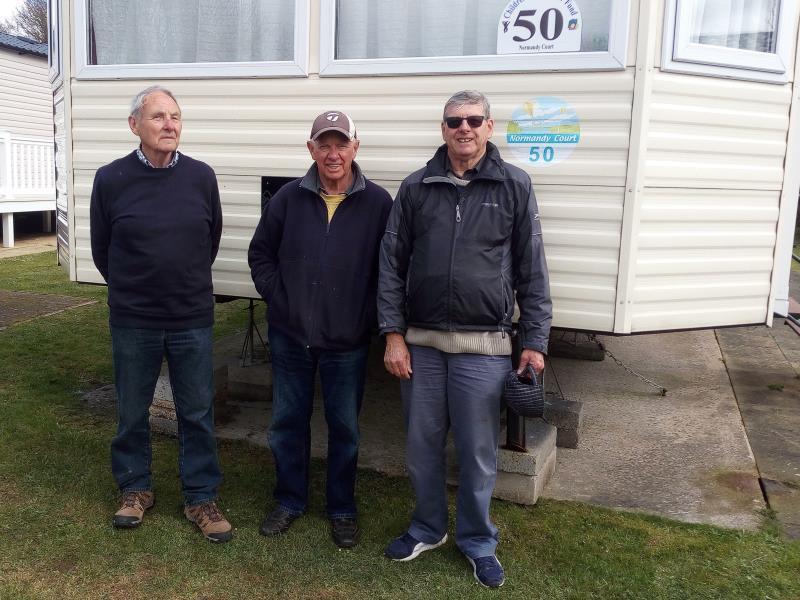 It was somebody’s very good idea to revive the service we gave to the Children with Cancer (CWC) charity in Polegate for whom we used to clean their caravan at Combe Haven Holiday Park at St Leonards, ready for summer visitors in the soon-to-start season.

So, Paul Vaesen, Frank Thompson, Mike Logan and Bill Pierce hit the road for Hastings on a cool April morning, armed with cloths, brushes, buckets and sponges and, quite honestly, they had a great day out!

The biggest fear was that the notorious A259 might make a clogged-up nightmare of the whole thing but in fact it behaved itself very well both ways and with the aid of a SatNav we were able to find the CWC’s ‘mobile home’ quite easily – despite 800-odd similar units on this massive site.

In fact, the CWC charity have two caravans there and if we could persuade maybe three or four other Rotarians to join us we could clean both of them next year.  The point is, of course, that these holiday homes are used to give carers and their kids a much-needed break from what must be very fraught lives.

Imagining the then-empty site full to bursting in peak summer time, running and rattling with little ‘uns in the barn-sized restaurants and play areas, was almost enough to give them palpitations but what a smashing place it must be for the children and their parents.

It took the team no more than a couple of hours to smarten up the six-berth caravan to which they were assigned.  All that was needed was running water and fairy liquid for our mops and cloths and soon it was shining and bright, including the guttering on both sides of the roof although this, without a hosepipe or a sufficiently long ladder had to be accessed by the dubious means of balancing our steps on a picnic table and, one-at-a-time climbing up to scoop out the muck and branches into a bucket.

Luckily, Health and Safety were on a day- off and they made a fair old fist it, giving a warm glow of satisfaction before they set off back home, pausing briefly for a delicious lunch at The Lamb near Hooe.

This surely is what Rotary is all about.  We enjoy donating money we raise to help deserving causes, but it is also nice to put something physical into this particular one. 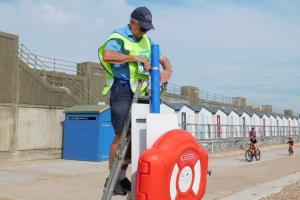 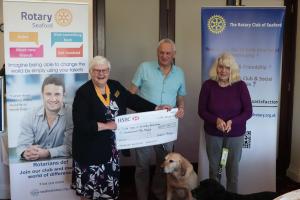 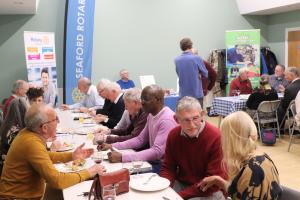 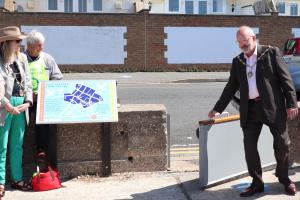 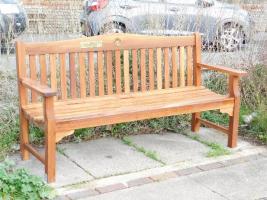 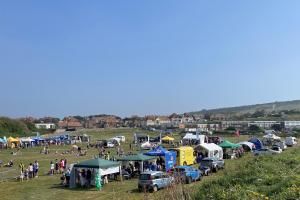 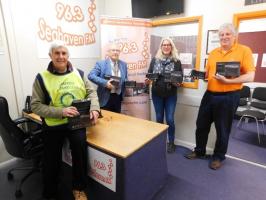 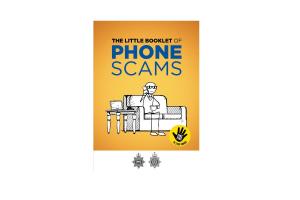 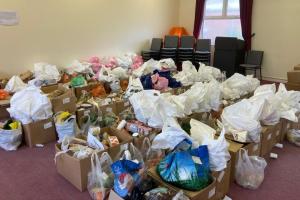 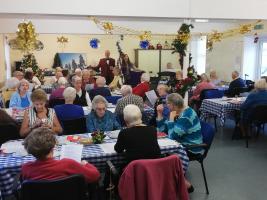 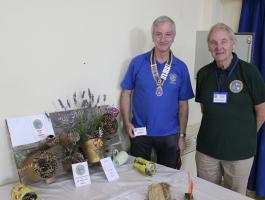 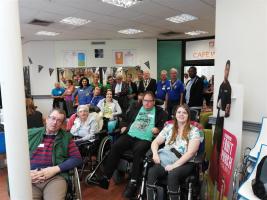 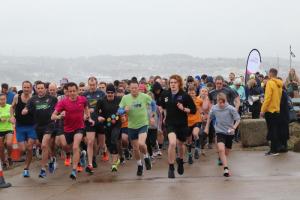 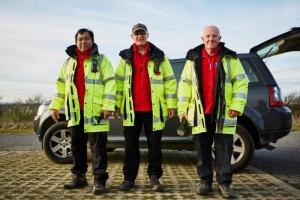 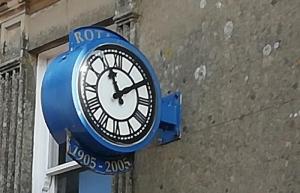 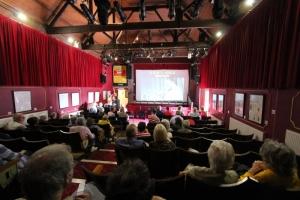 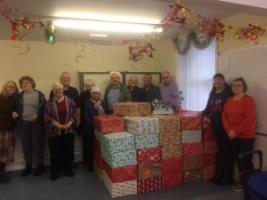 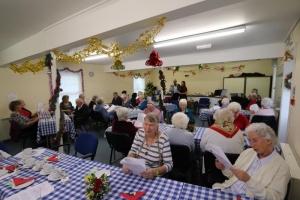