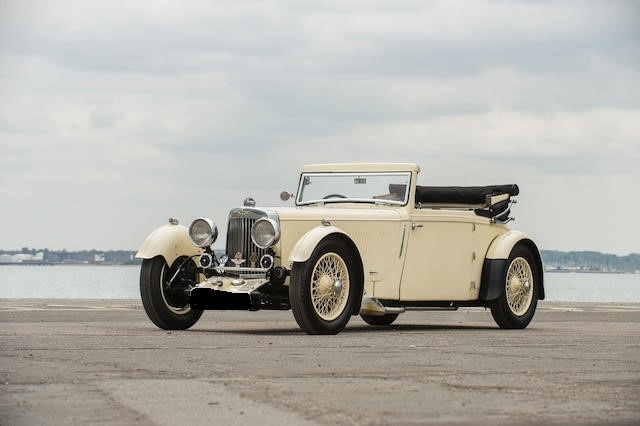 rare Aston Martin Coupe – the first of only six commissioned for Lancelot Prideaux-Brune, an Aston Martin board member, its main financier in the 1930s and a co-founder of the Aston Martin Owners’ Club, made a star appearance in the opening parade of June’s ‘Classics on Show’ vehicle meet in Stokesley.

he 1935 Aston Martin Mk.2 Drop Head Coupe is now owned by Paul Martin of East Yorkshire who made the journey to North Yorkshire to show his precious vehicle at The Showfield, Stokesley on Saturday, June 15.

“Lance Predaux-Brune owned the sole Aston Martin concessionaire in London, The Winter Garden Garages and he commissioned the Mk 2 Drop Head Coupe to be sold at his garage priced at £710 which in those days made it the most expensive model in the range,” explained Peter.

This was the first car I bought – I had drooled over it since I saw it. That was back in 1963 and I’ve put a lot of work into it, but it’s been a joy. They don’t make them like this anymore.”

Lance Prideaux-Brune’s design, the first drophead coupé by Aston Martin, was built on the long wheelbase (10') Mark II chassis and featured a long, low bonnet; three-position external folding hood; wind-up windows and semaphore indicators: the first time any of these had appeared on an Aston Martin.

“This car was bound to get some admiring looks as it made its way to Stokesley for Classics on Show,” said Chris Mayes, President, The Rotary Club of Stokesley which organises the annual event. “We were super excited to have it in the opening parade which was a real stunner - two Corvettes being included for the first time to mark the show debut of the Classic Corvette Club UK.”

The Classics on Show parade, was this year piped in by Phil Meadows of Eston a former member of the Teesside Pipe Band.

Classics on Show exhibitors enter the event free while visitors pay £6 each, or £14 for a family ticket. Funds raised go towards the five charities with a presence in Stokesley – the Teesside and Herriot hospices, Age UK, Cancer Research and Mind.

The 1935 Aston Martin Mk.2 Drop Head Coupe was commissioned for Lancelot Prideaux-Brune, an Aston Martin board member, its main financier in the 1930s and a co-founder of the Aston Martin Owners’ Club.

ABOUT THE ROTARY CLUB OF STOKESLEY:

The Rotary Club of Stokesley comprises members who volunteer their skills and expertise across a variety of areas to activate diverse programmes which benefit the local and international communities. The Club meets every Tuesday evening in the Blacksmith’s Arms in Swainby and guests and prospective members are always welcome. (www.rotary-ribi.org).

For further information  please contact: Chris Mayes, The Rotary Club of Stokesley on: chris.mayes@hotmail.co.uk or  mobile 07732 263450 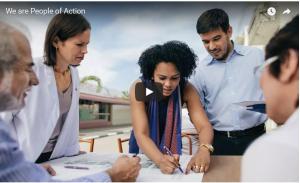 People of Action : Rotary unites problem solvers in Great Britain and Ireland and across the world, transforming our communities one project at a time. 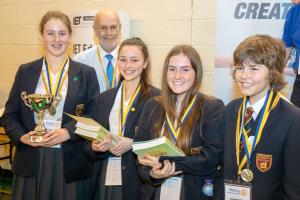 Ann Keene is the Chairman of the New Generations Committee, whose other members are John Arthur, Bill Heaviside, Maurice Jones and Chris Keene. 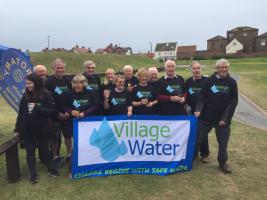 Welcome to Stokesley Rotary Club. Want to know more about us - check out our website or our Facebook page www.facebook.com/stokesleyrotary 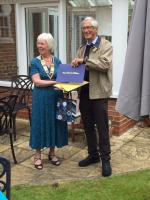 President (2020/21) Ann invited members, partners and guests to her garden on Sunday 27 June 2021 to enjoy food, wine and friendship.

Chris Mayes now chairs the Membership Committee whose other members are Ken Braithwaite and Jean Golightley. All of them will be delighted to tell you more about us.