CHARITY GOLF CHALLENGE AT BRAMSHAW GOLF CLUB. A great success with a record profit for charity of £6,179.38 Thank you everybody. Full story below. 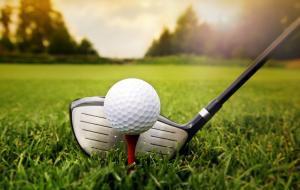 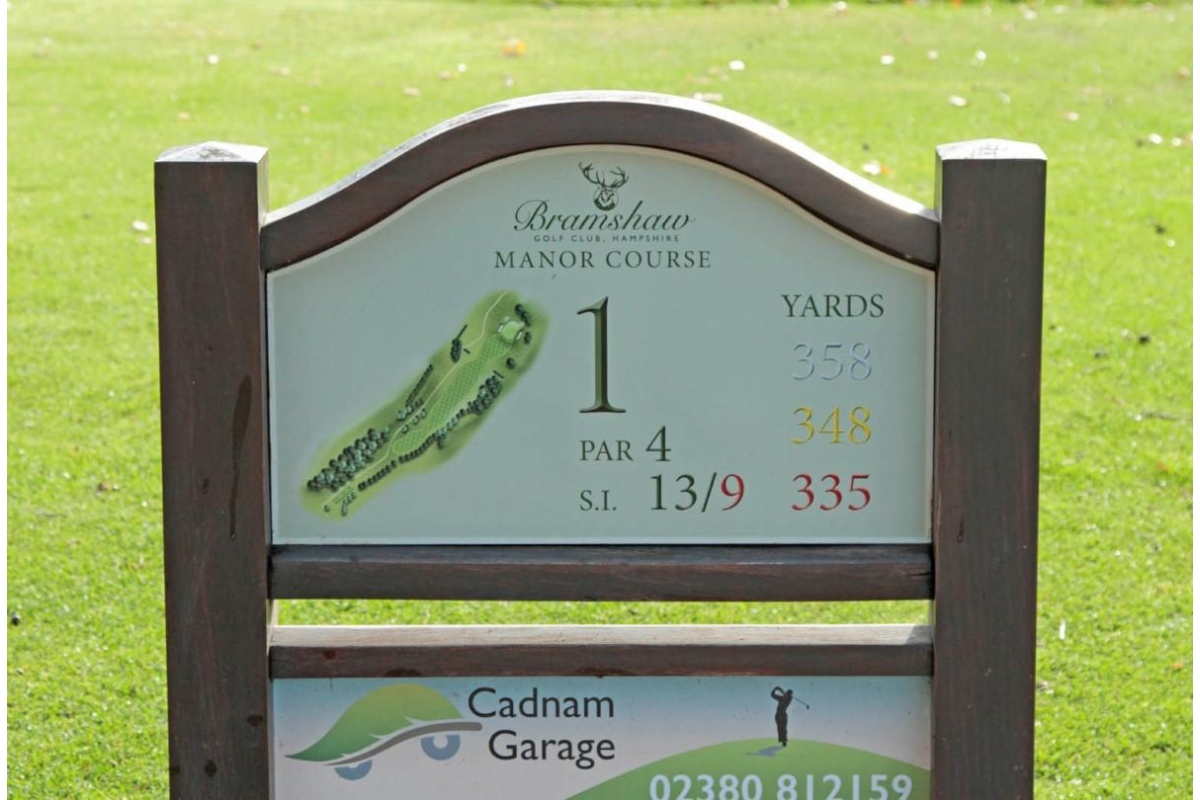 Thank You Bramshaw for your support 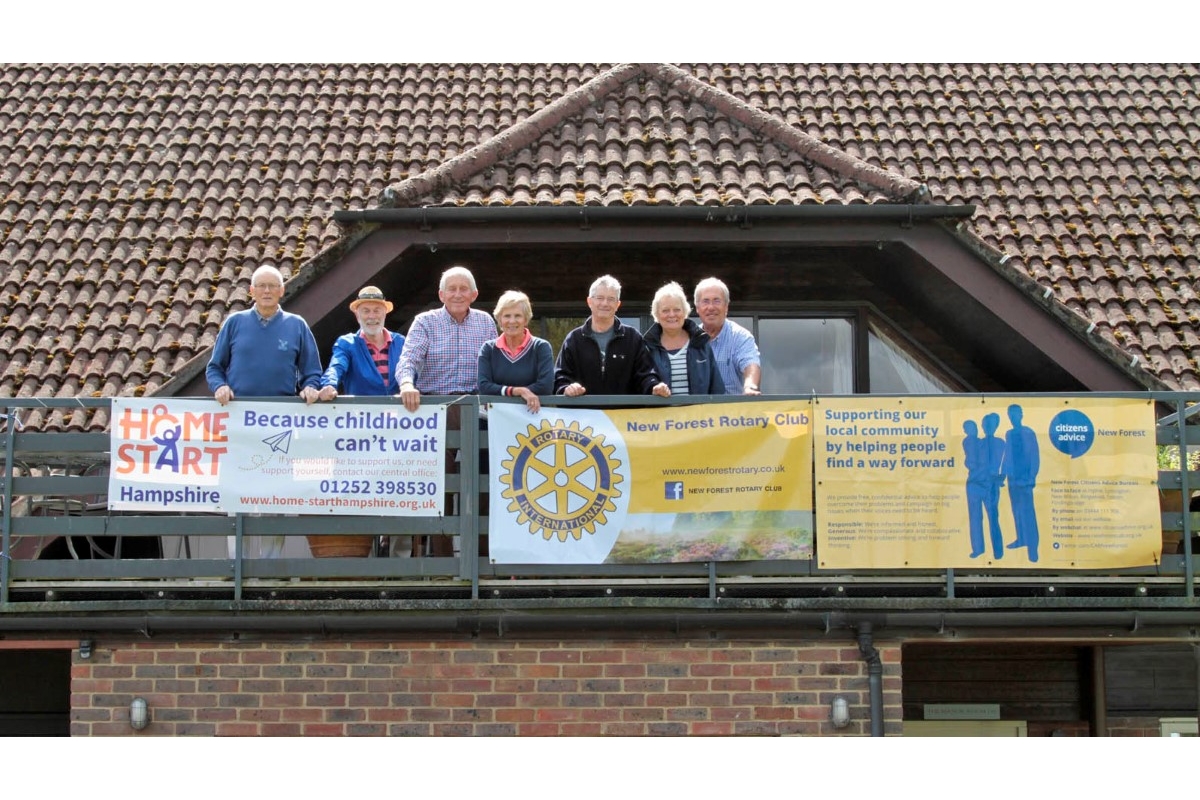 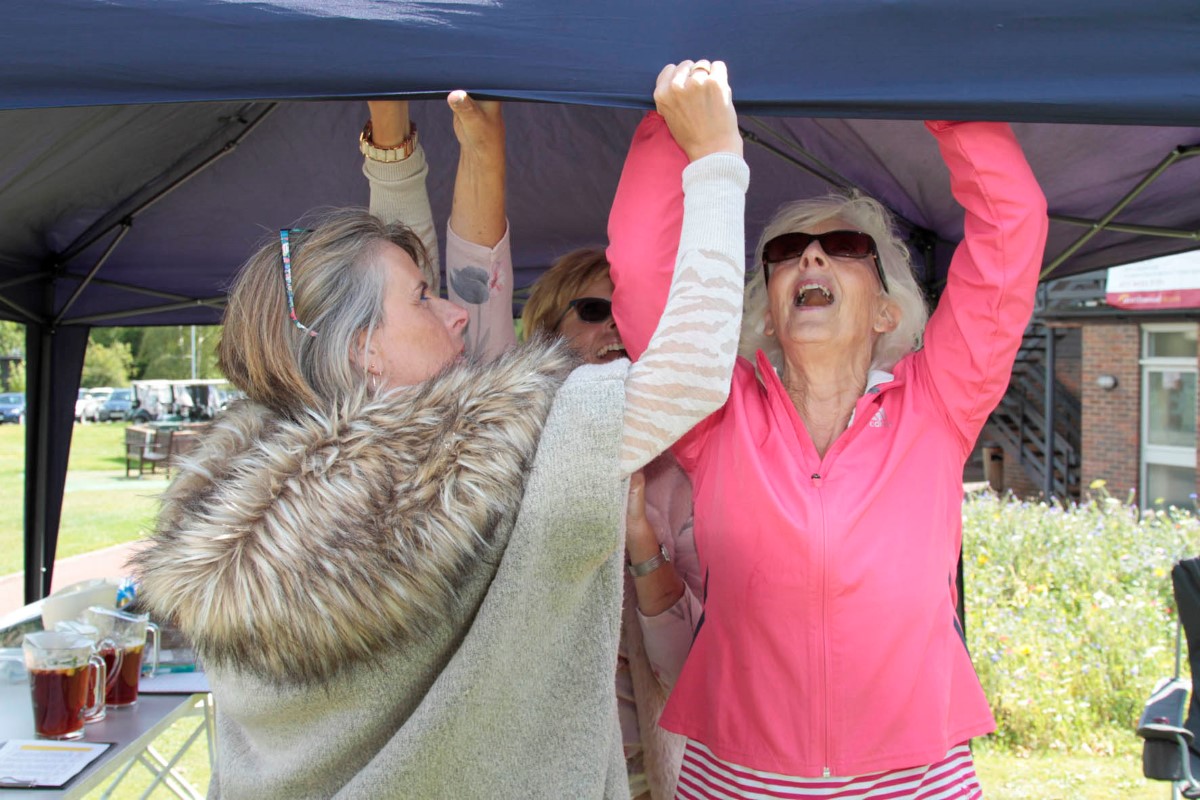 Donna, Sally and Shirley hurriedly taking down the Pimms Gazebo before the wind did it. 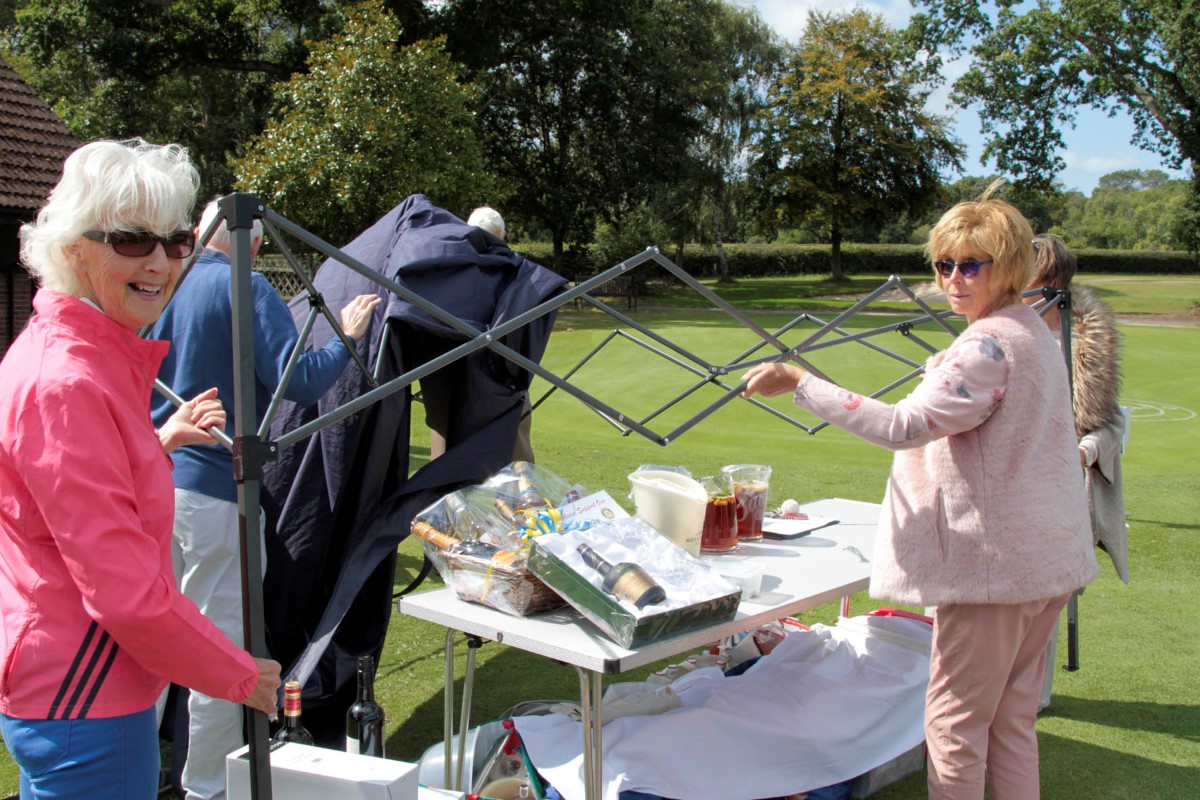 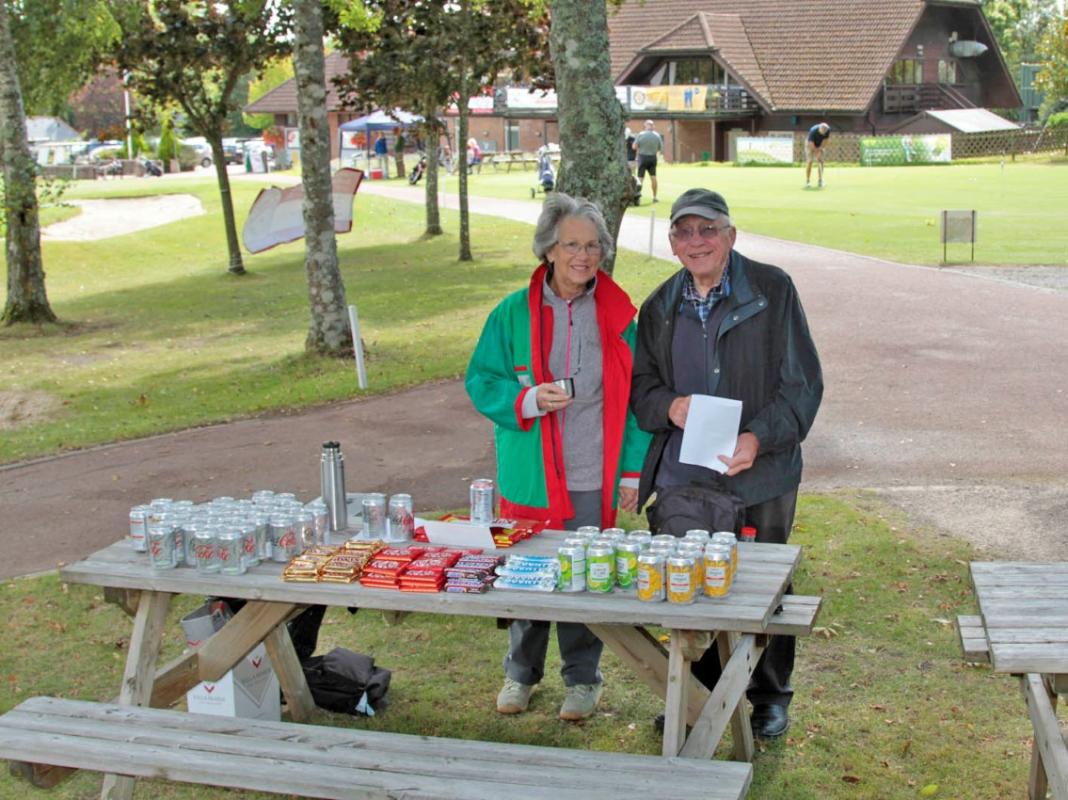 A refreshing drink half way round.

Sam and Freda with a great choice of refreshments. 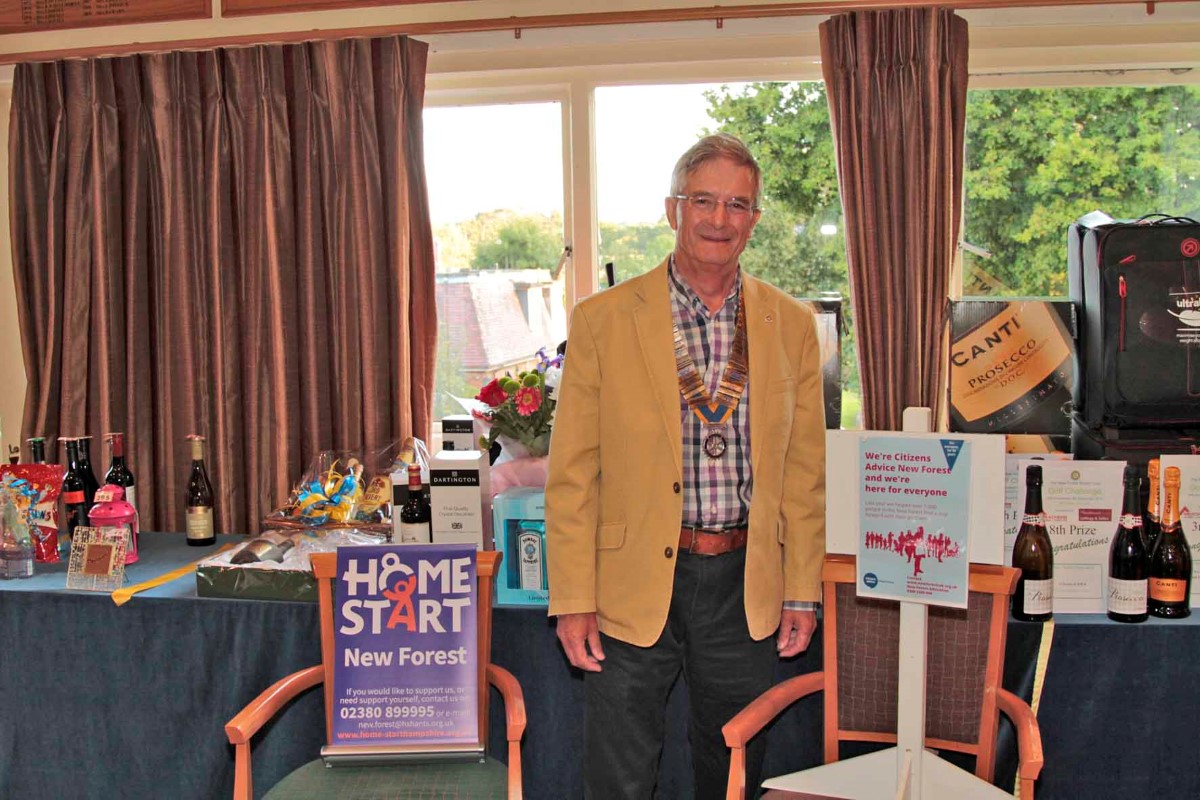 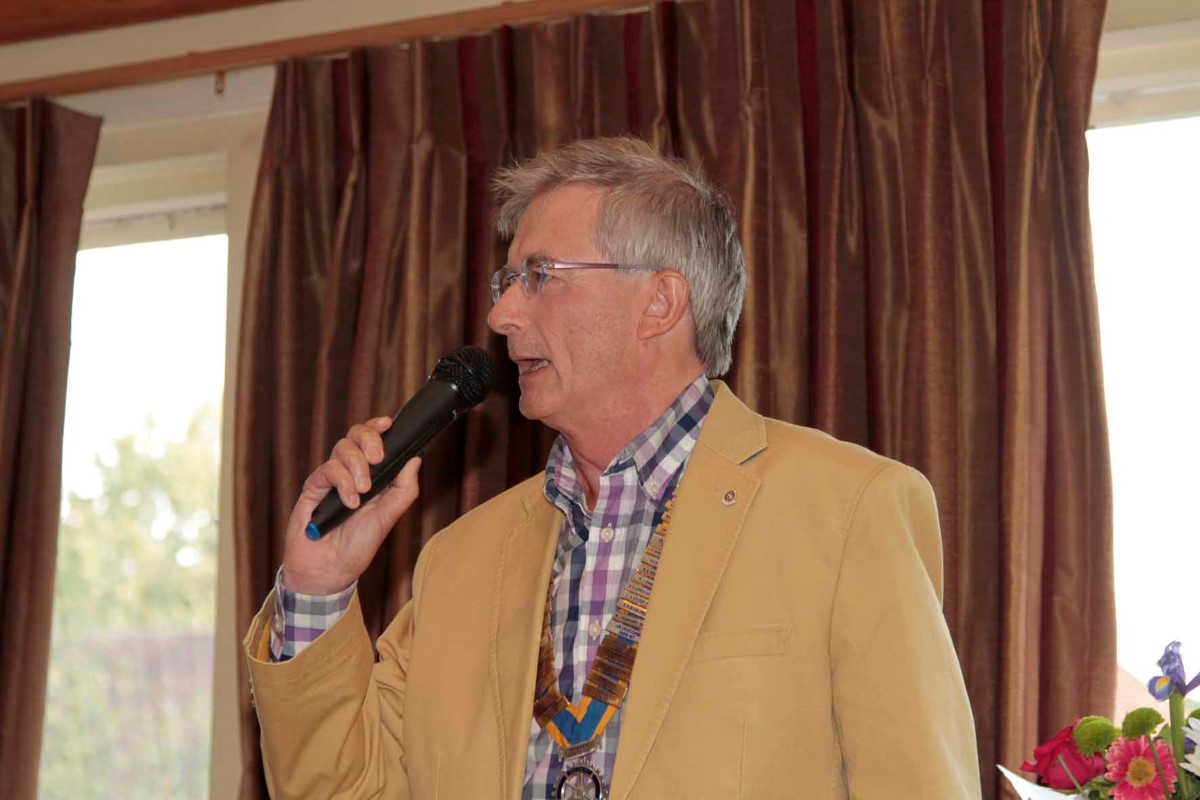 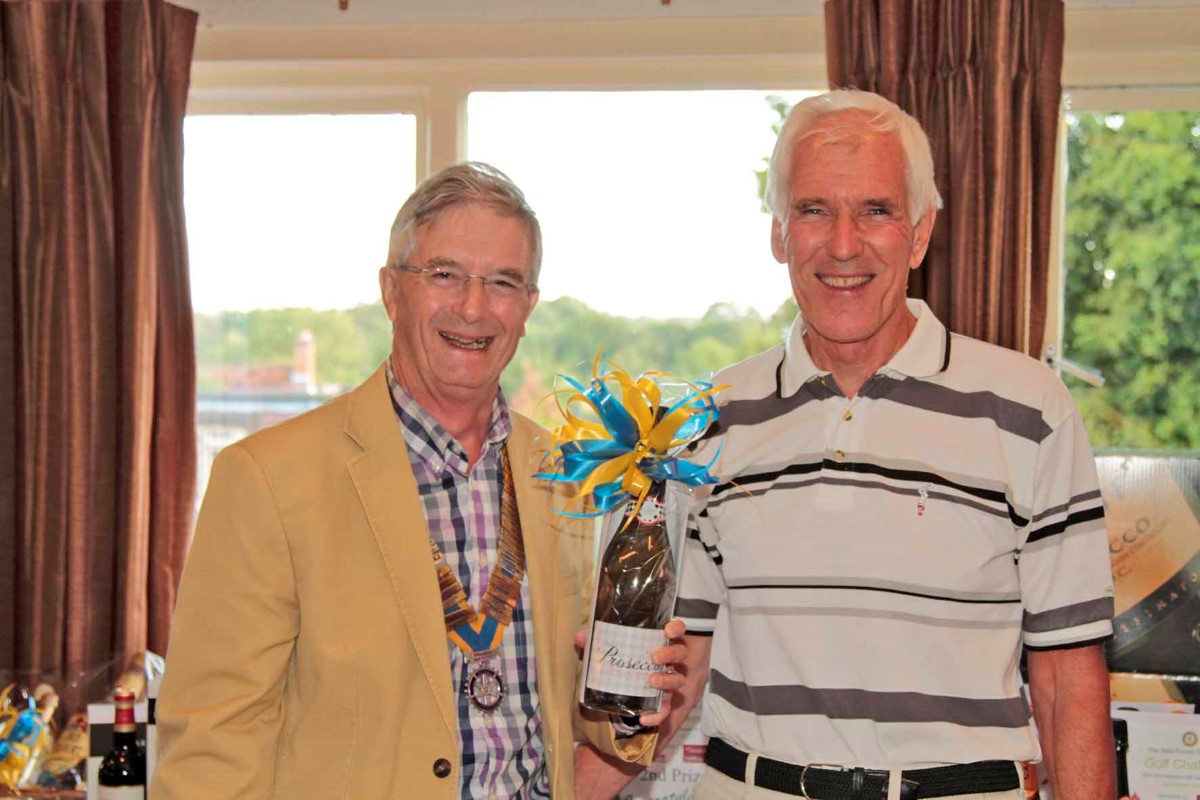 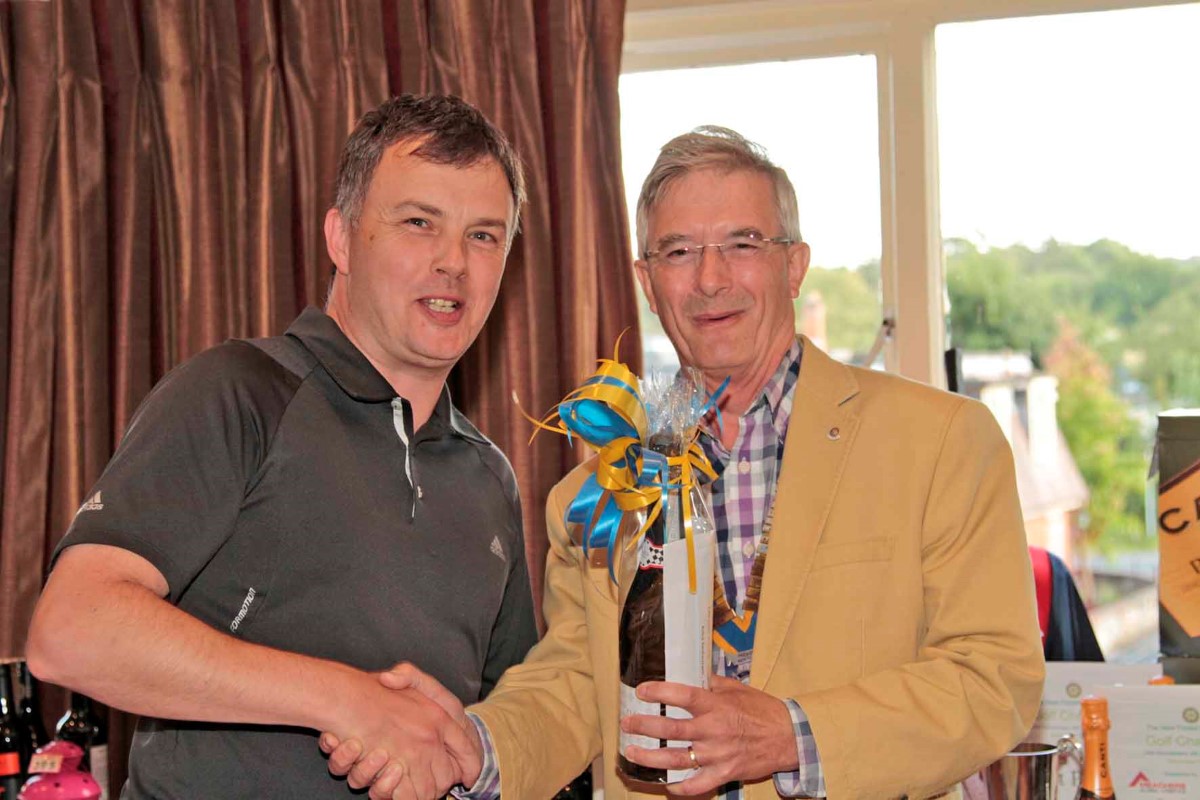 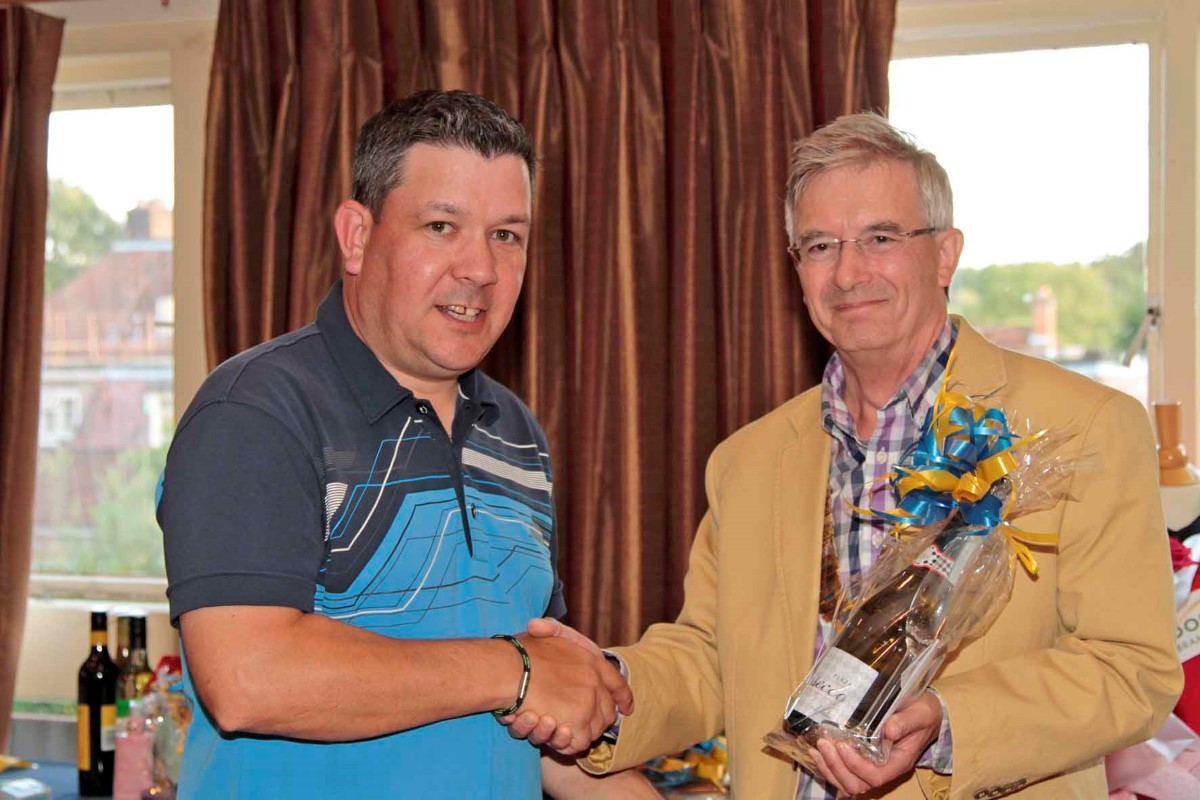 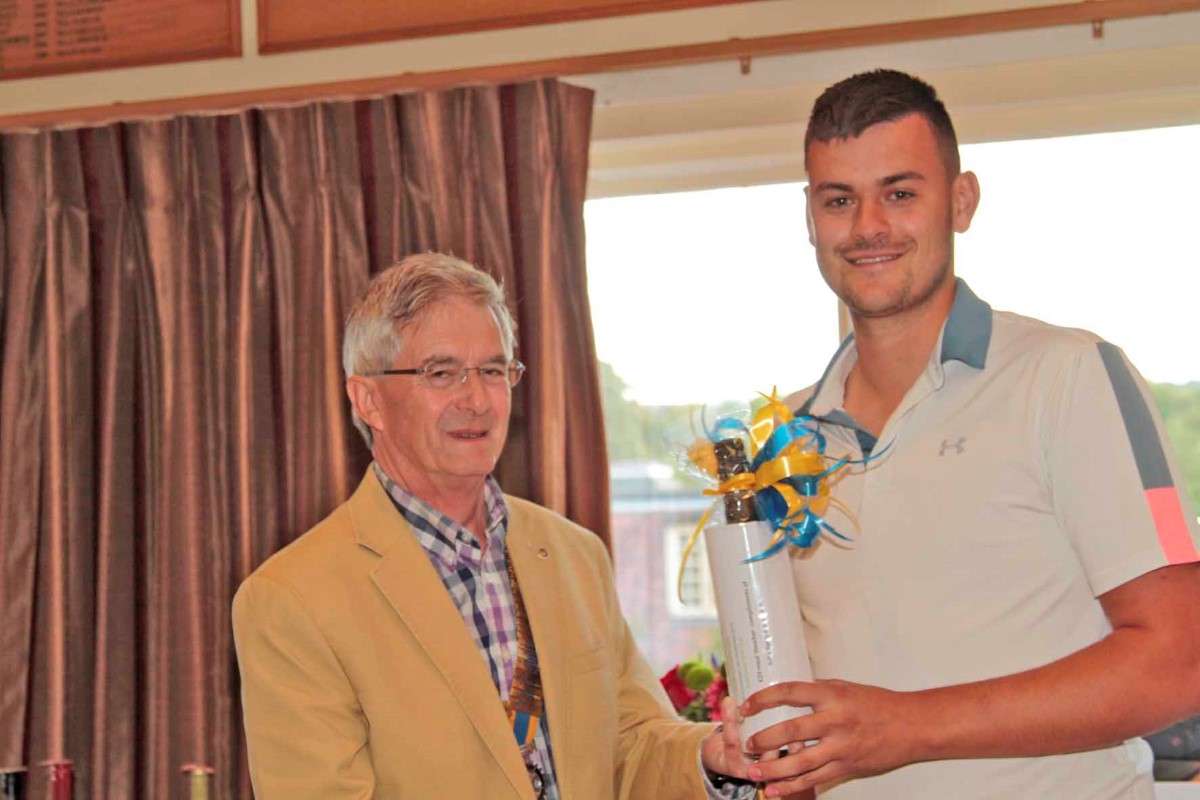 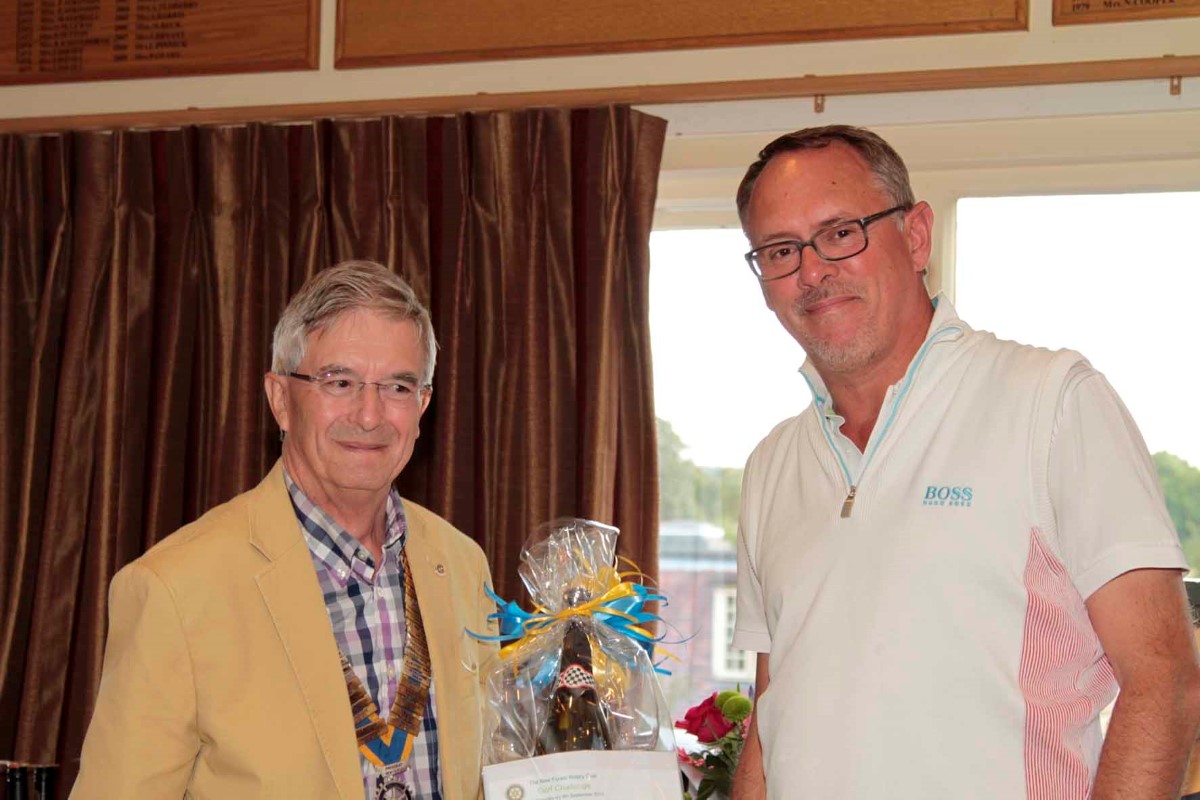 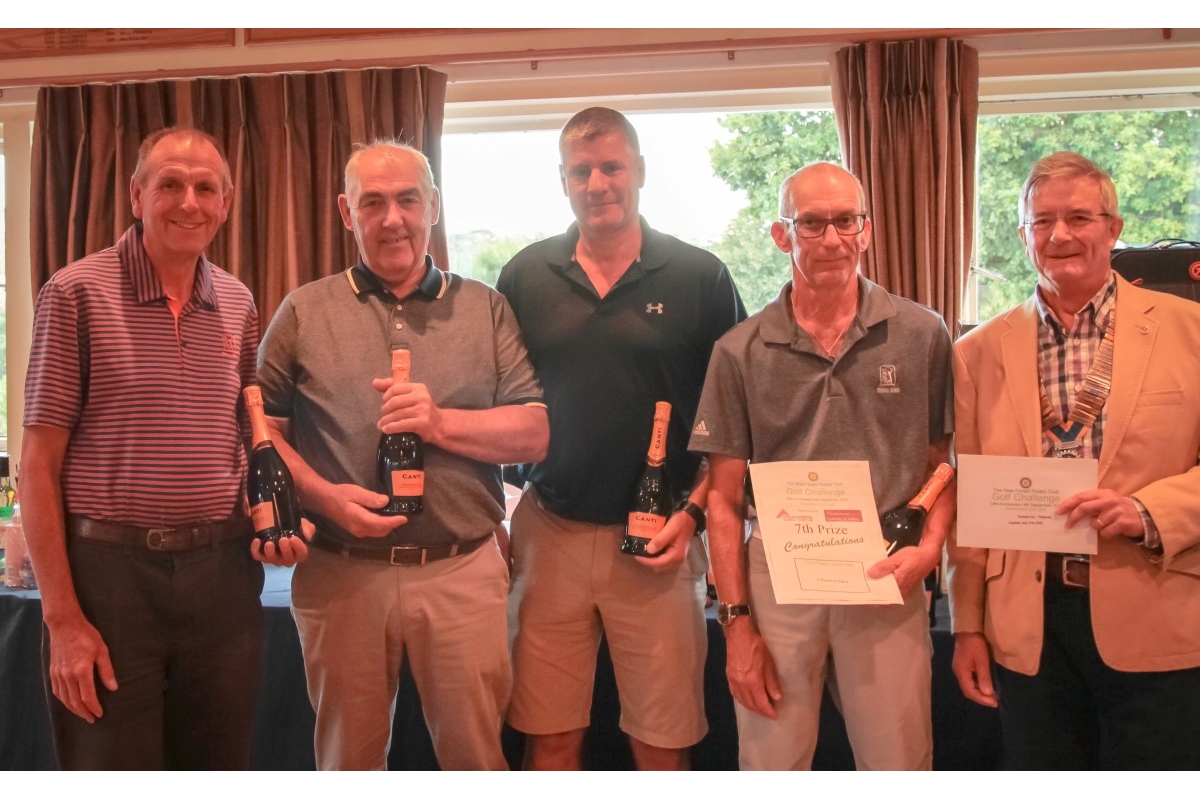 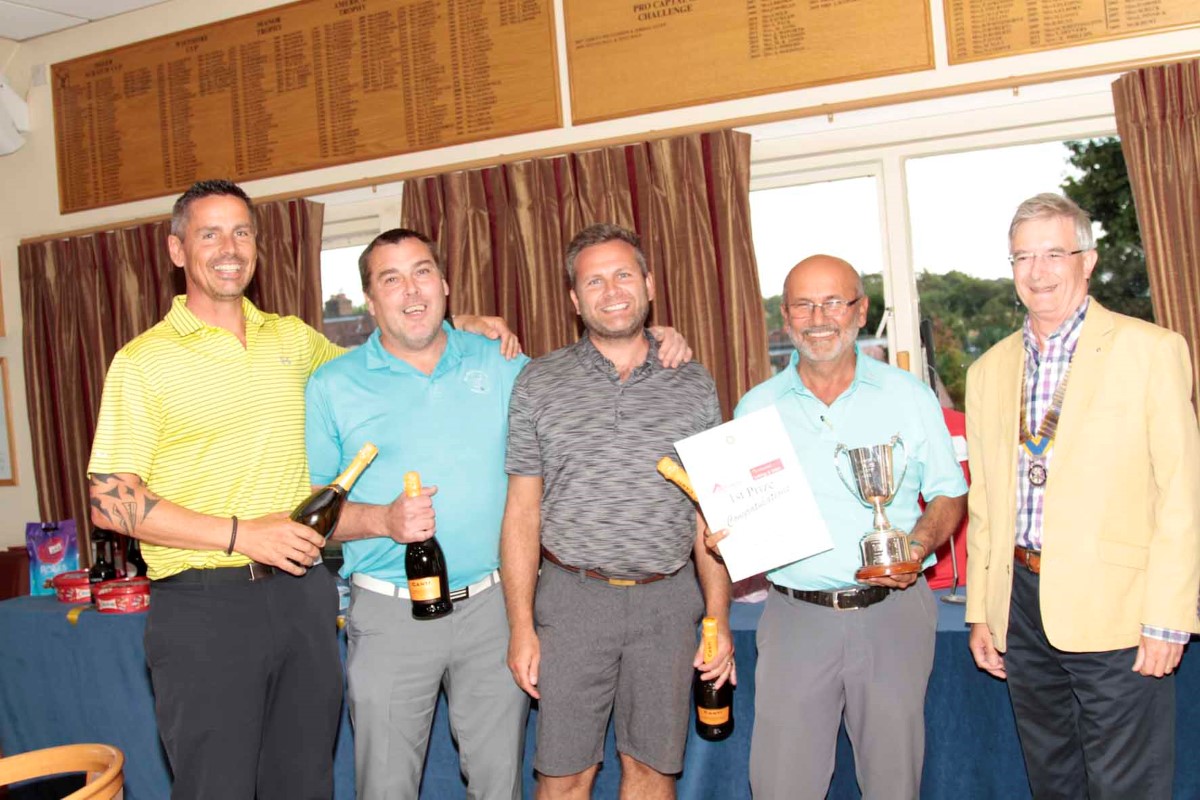 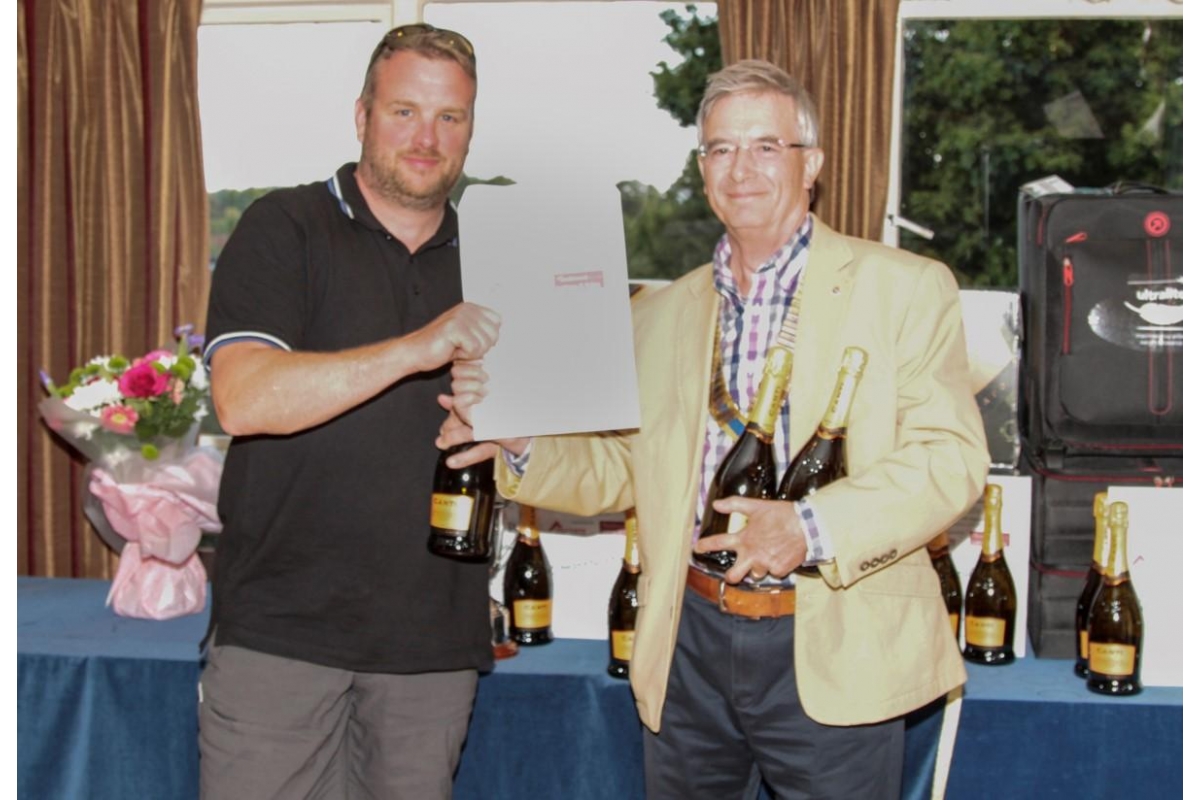 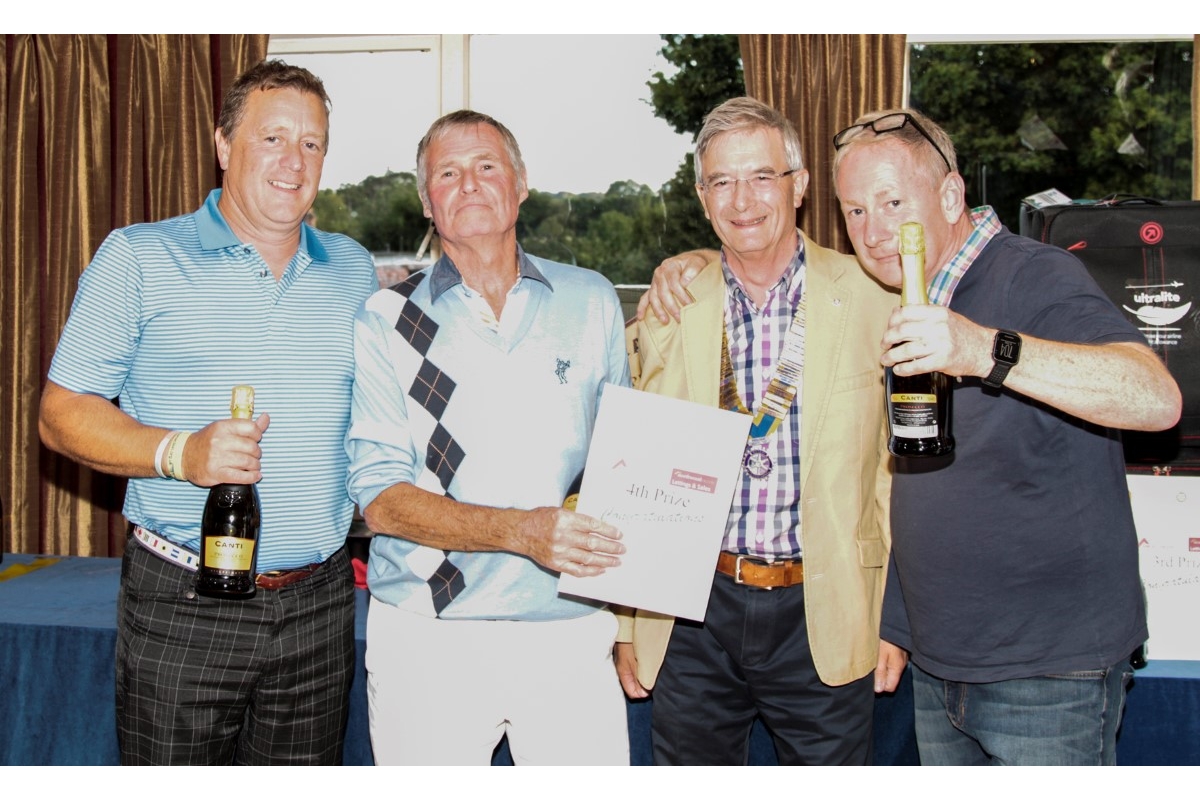 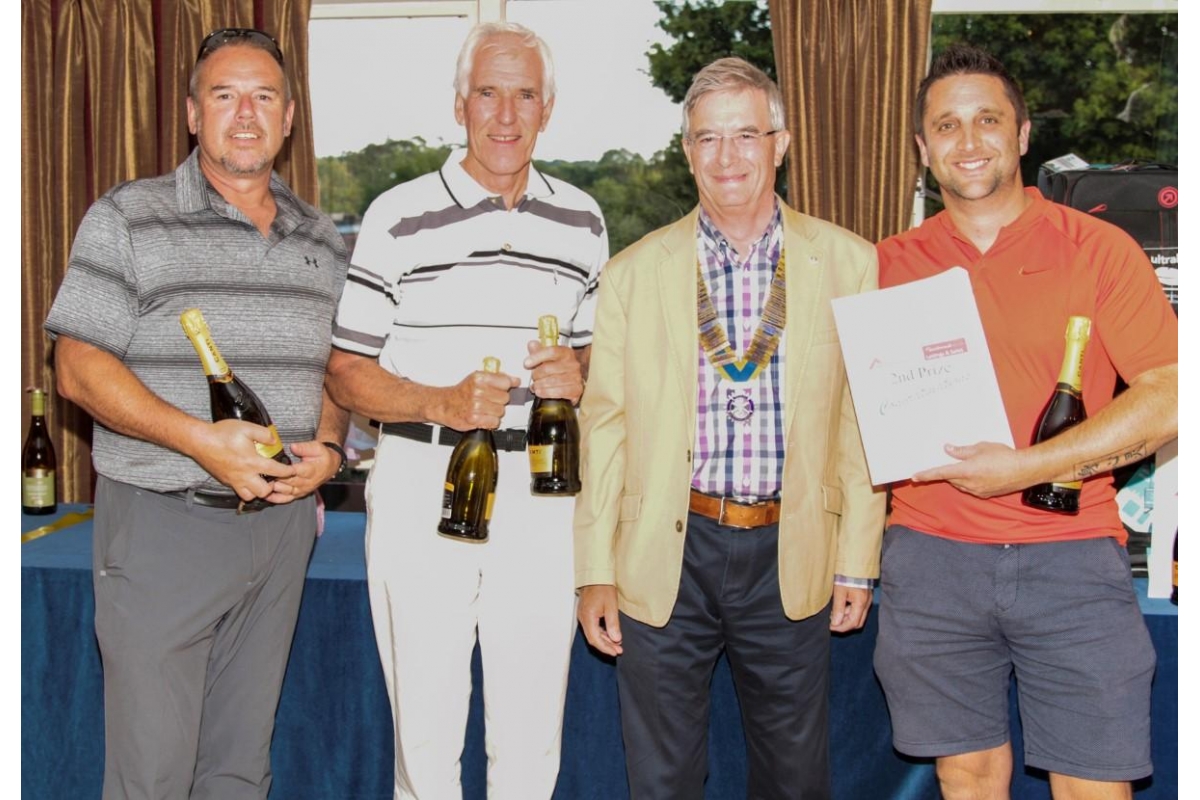 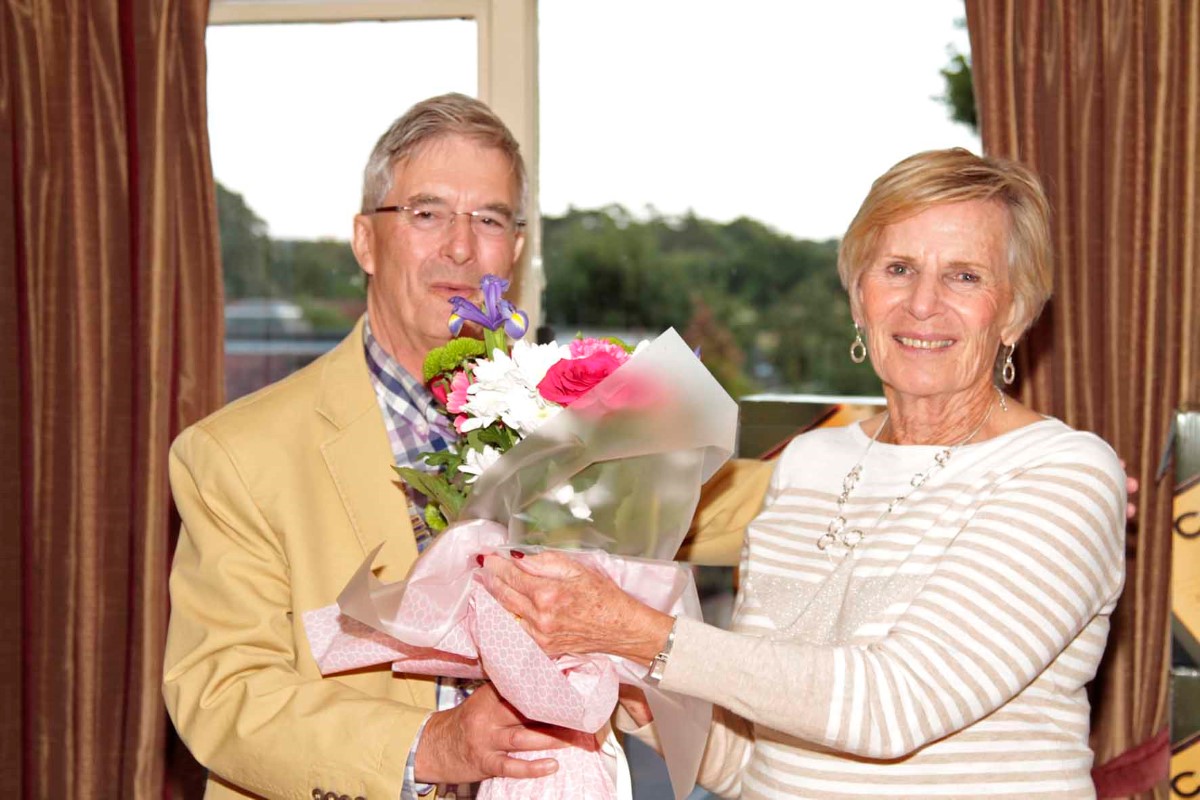 Anne was one of the main organisers and well deserved her bouquet.

FOR PHOTOS OF ALL THE  TEAMS THERE IS A SEPARATE PAGE . CLICK HERE

Very soon after last year’s event we were informed that Bramshaw Golf Club and the Bell Inn Hotel had been put up for sale. The Crosthwaite-Eyre family have always been very supportive of our Rotary Club for the last 33 years. When the event first started in 1984 it was a Hampshire Pro-Am event in which the professional golfers competed individually, but also with the other amateur players in each team. Over 40 teams would compete in this prestigious event that we were privileged to organise. In 2002 as costs increased we decided to revert to an Am-Am competition.

Despite a good deal of interest in the Hotel & Golf Club, it remains unsold, but we had to accept a few changes that had been implemented in case it was.

The first of these was we had to hold the event on a Wednesday rather than our traditional Thursday. As many of you will know we had always been blessed with good weather so we hoped this would not jinx it. On the day we had a little rain during the night but the sun arrived with no more rain. However the wind increased as the day got underway which gave the 100 players in 25 teams an added challenge.

Each year I keep emphasising the value of sponsors in making the event a financial success, in particular to Bramshaw Golf Club for the concessionary use of the course. Meachers Logistics continue their support and fielded 5 teams. Thank you to all members for their personal sponsorship or giving prizes for the Raffle.

Our very special thanks go to Nigel & Ann’s son Stuart; owner of Northwood’s in Southampton & Salisbury, who continued his involvement with 3 teams. His generous sponsorship also included his lovely Lakeside holiday home in the Cotswold Lakes which we were able to Auction again. In addition he also managed to arrange a valuable round of golf at Stoneham and Golf Tuition sessions which we also auctioned.

In recent years John Thomson has managed to contact and obtain free meal vouchers from about a dozen local New Forest restaurants and pubs. Because his wife Mary had been very unwell during the summer he has spent most of the time in Hertfordshire. Bridget, Sue, and myself were able to pick up the connections he had made and were able to get a good response again from these local restaurants.

We would like to thank President Philip and Fiona for announcing the teams on the opening tee, and returning in the evening for the prize giving, They also donated a limited edition Bombay Sapphire Gin & Unique Glass to auction.

Thanks to Sam and Freda, who supervised refreshments to players during their round. Mike Clarke arrived early and helped with the set-up. Shirley & Clive and helped with the Raffle display and later, ran the putting competition with Fred. Eddie and Penny ran the special competition on the 13th hole. John Robinson assisted Ann on Reception and by selling raffle tickets and Ray took photos during the day and later at prize giving.

We would like to give a huge thank you to our wives.  Every year Ann Calvert has dealt with the registration and the vital role of marking the player’s cards. Barbara Clayton deals with the administration before the event and ensures all the money is collected. Sally helps purchase and wraps some of the prizes, and with her sister Donna, gives the players a cool Pimm’s after their game. Thank you to Peter Clayton, who liaises with Sponsors and their Team entrants.

Lastly a special thanks to Nigel, who has been involved with all of the 34 annual events. Without both his and Anne’s contribution there would be no Charity Golf Day, and despite it being a difficult year for him, when he has not played as much golf, he still managed to obtain reciprocal golf vouchers for the winning teams. He also organised the catering and makes sure nothing was overlooked on the day.

We received some very nice comments from the players who all seemed to enjoy their day, and praised Rotary for continuing to run such a good event. After a long tiring day we all went home delighted that once again the day had gone well and we can put it to one side until next spring.

Meanwhile after checking the figures we achieved a record £6,179.38 for charity from the event. Fantastic. Thank you all golfers, organiser, helpers, sponsors and those who donated gifts.

Ken Ball on behalf of the Charity Golf Team 2019