Our annual Charity Golf Day, our biggest fundraising event of the year, had to be re-scheduled from the original 16th August to the 18th, thanks to heavy rain fall on the original date, but was still a success. 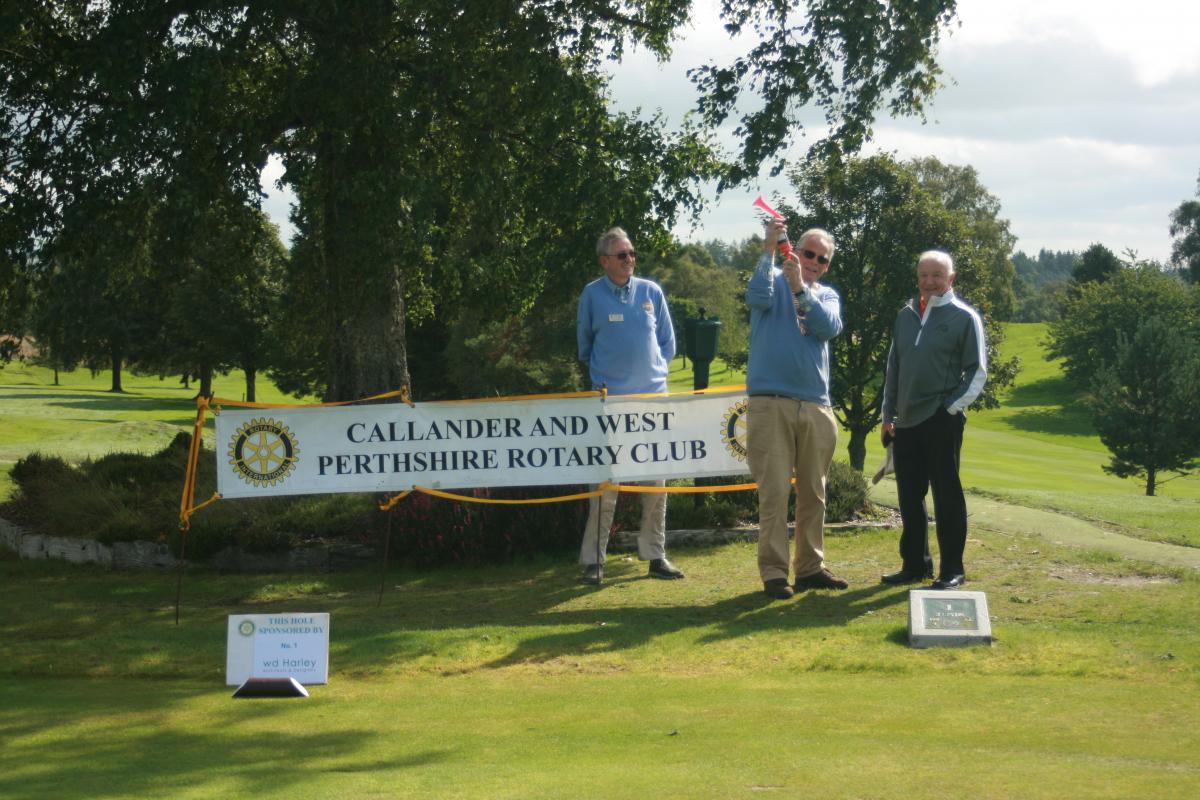 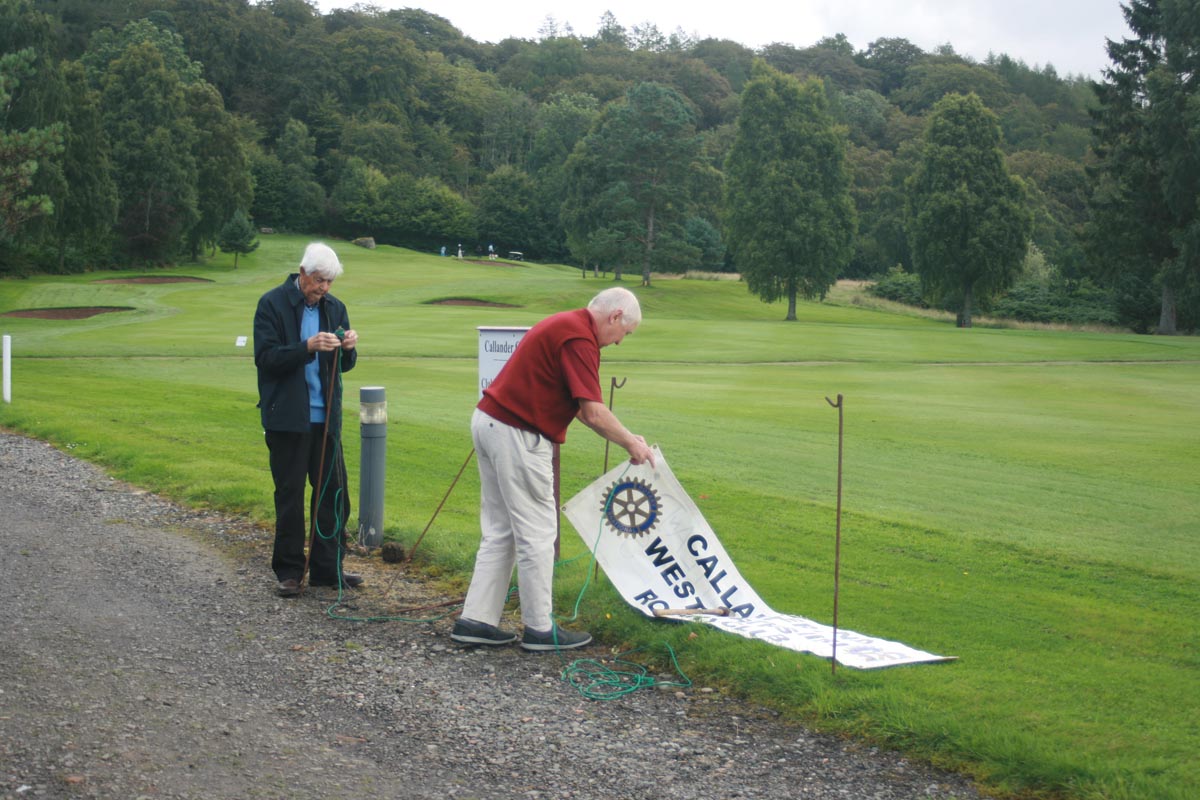 Frank and Roger Setting up our banner 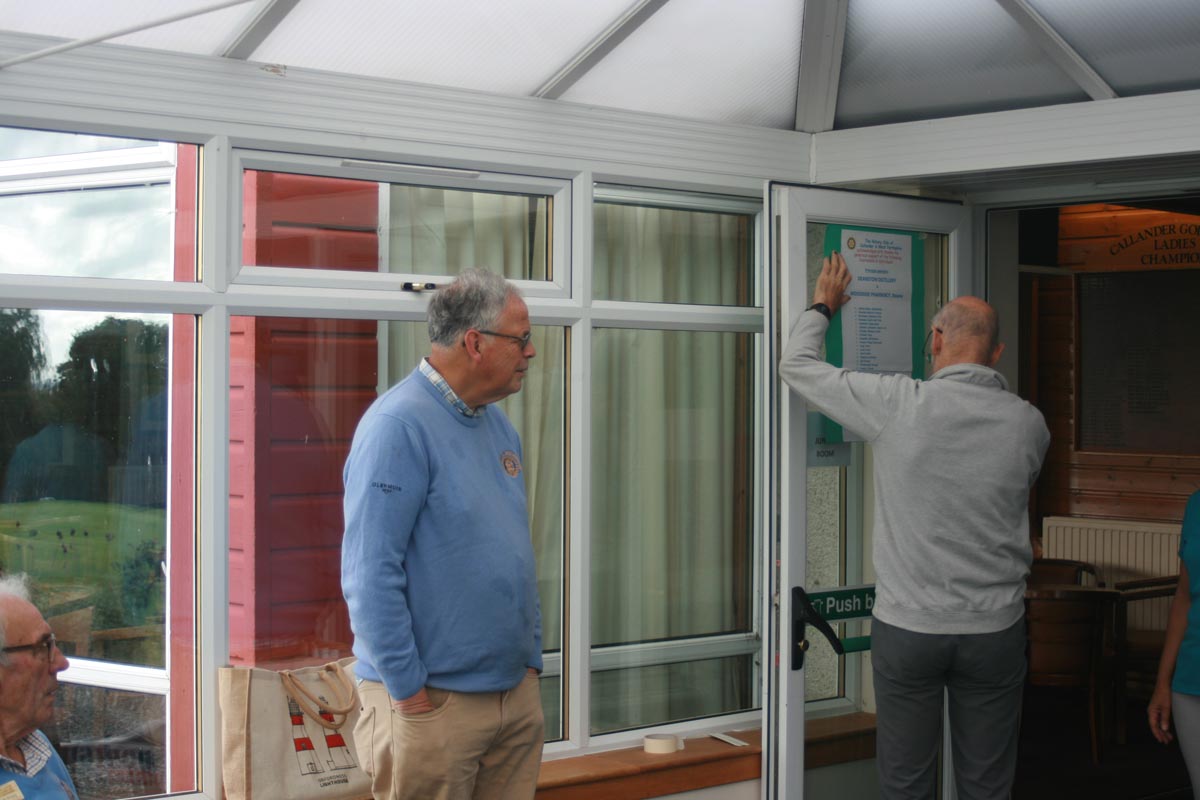 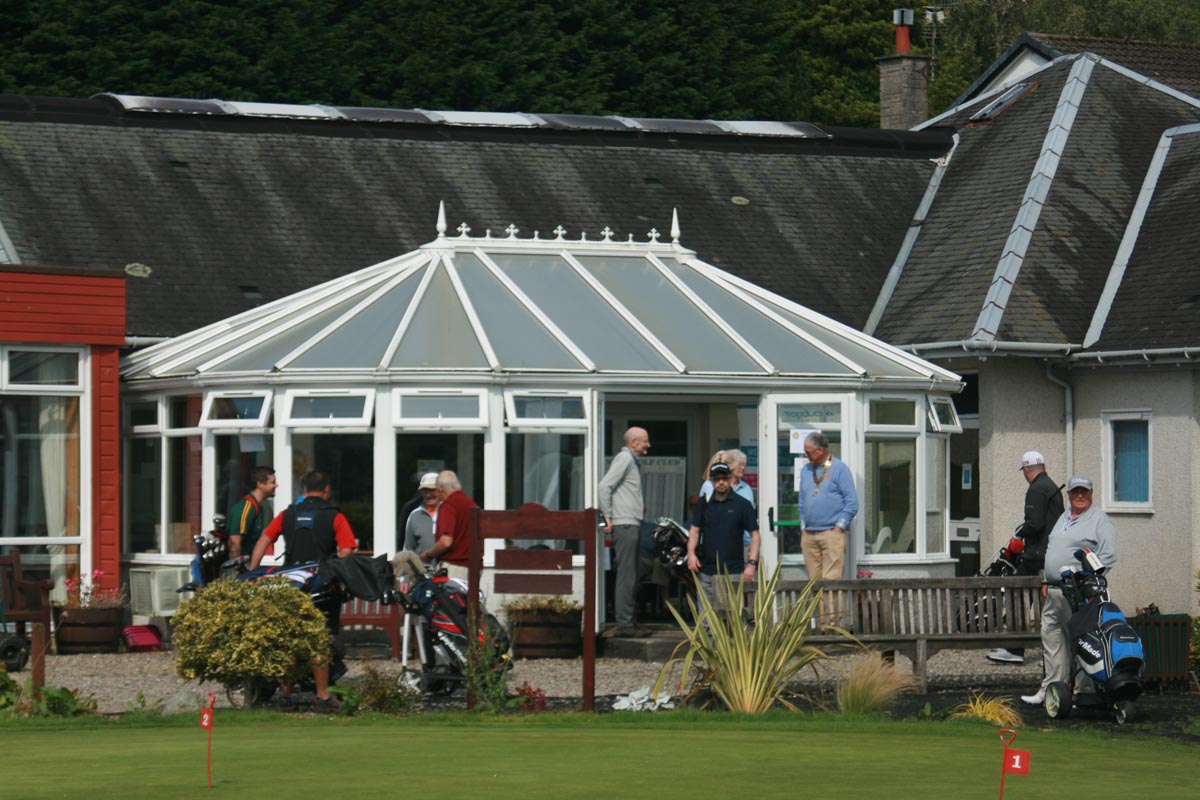 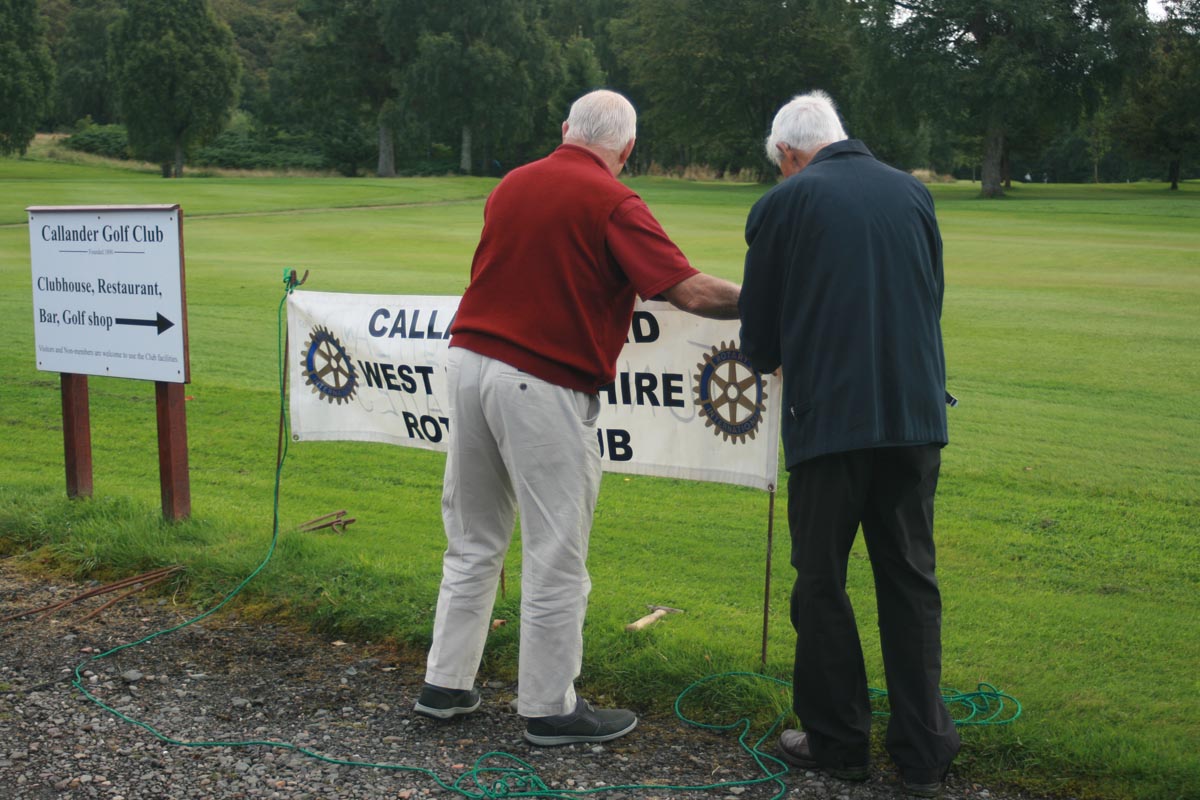 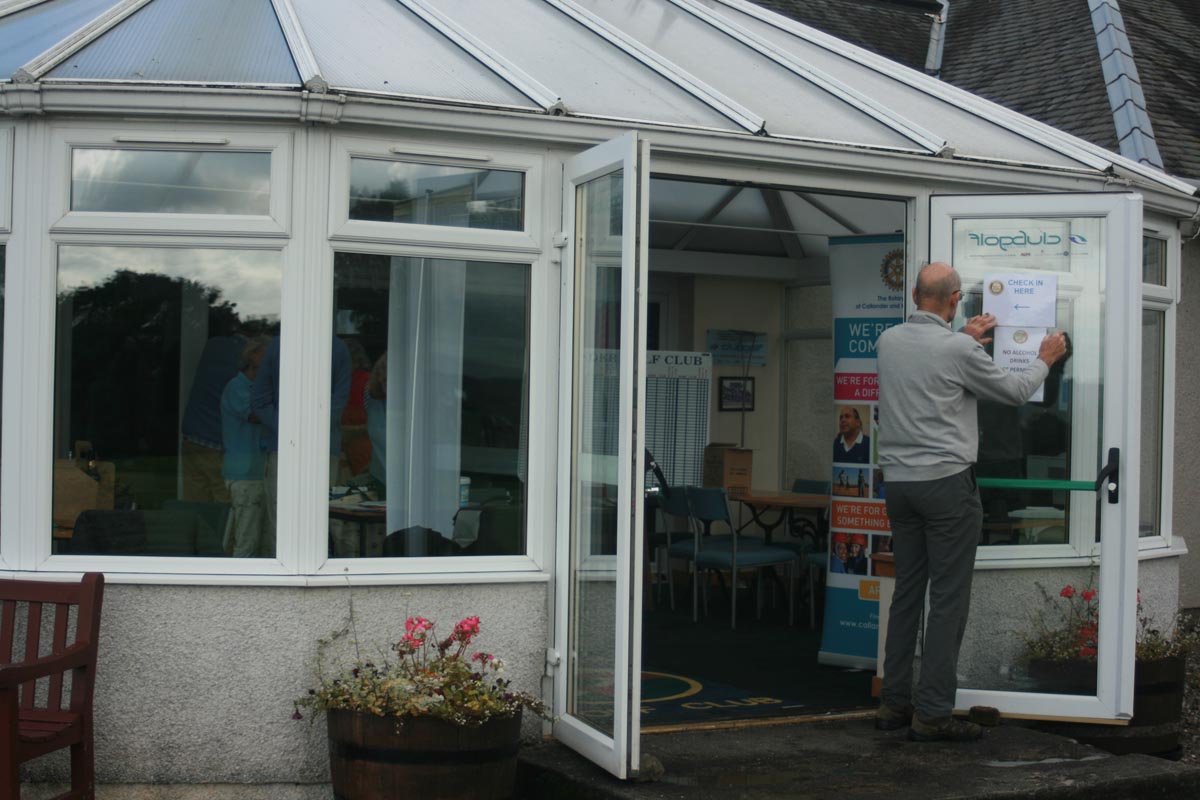 Oops nearly forgot that one 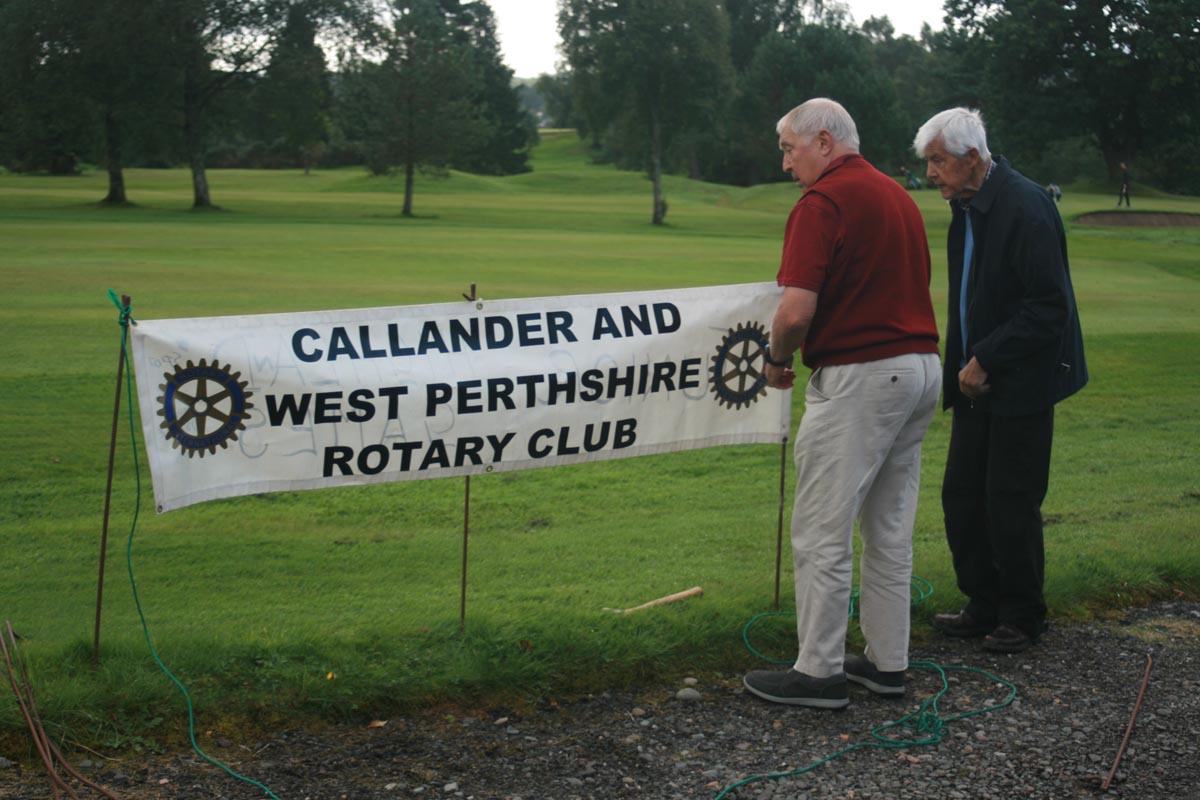 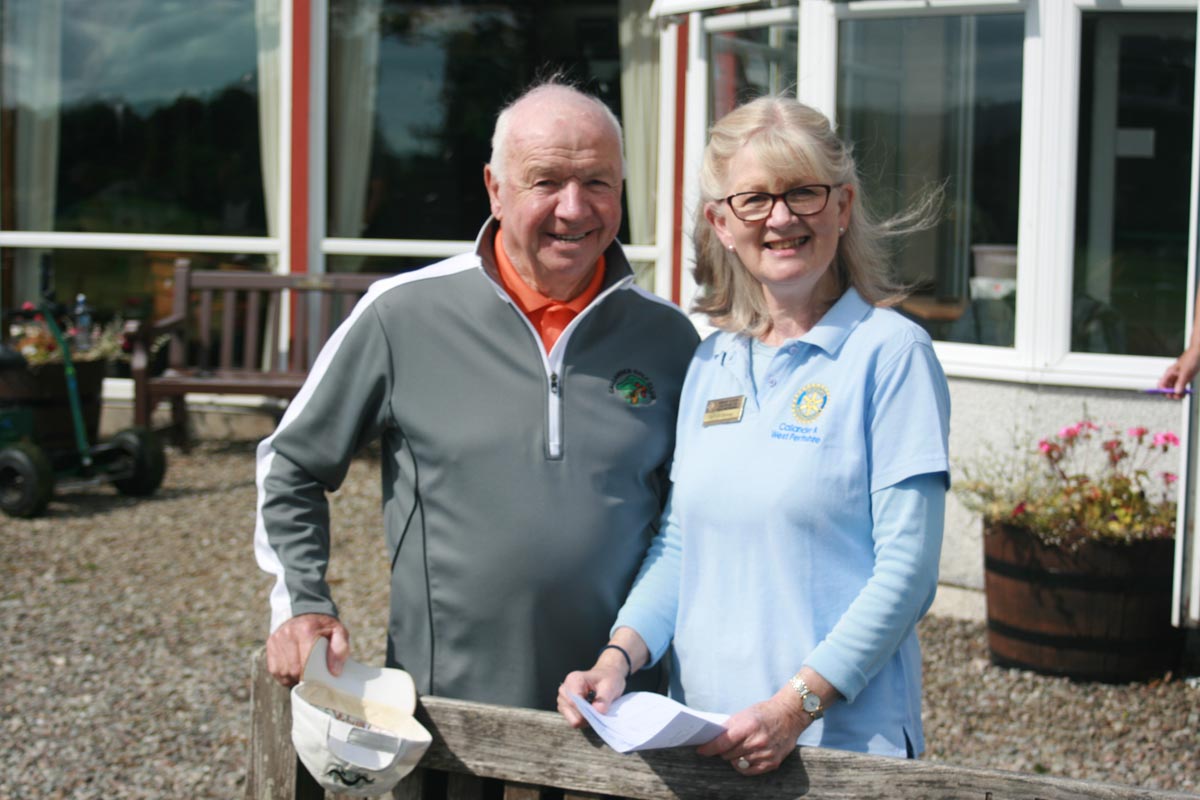 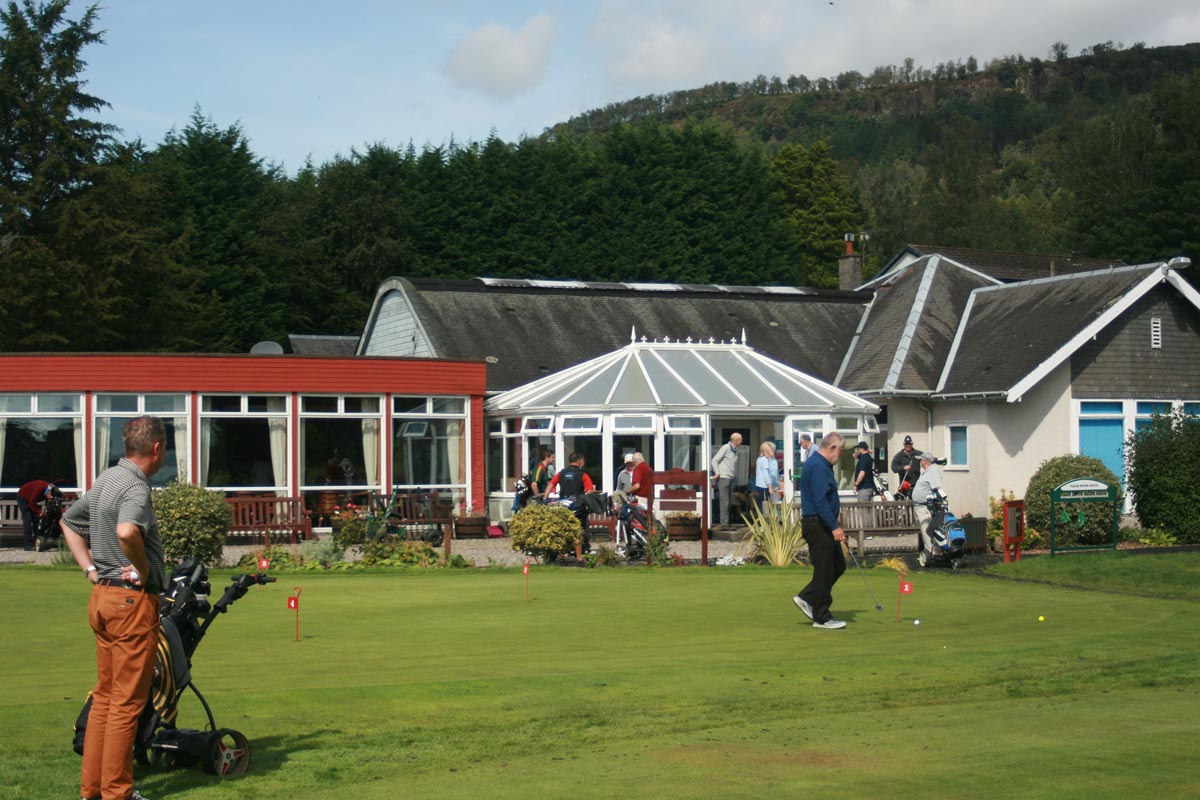 Just about ready to start 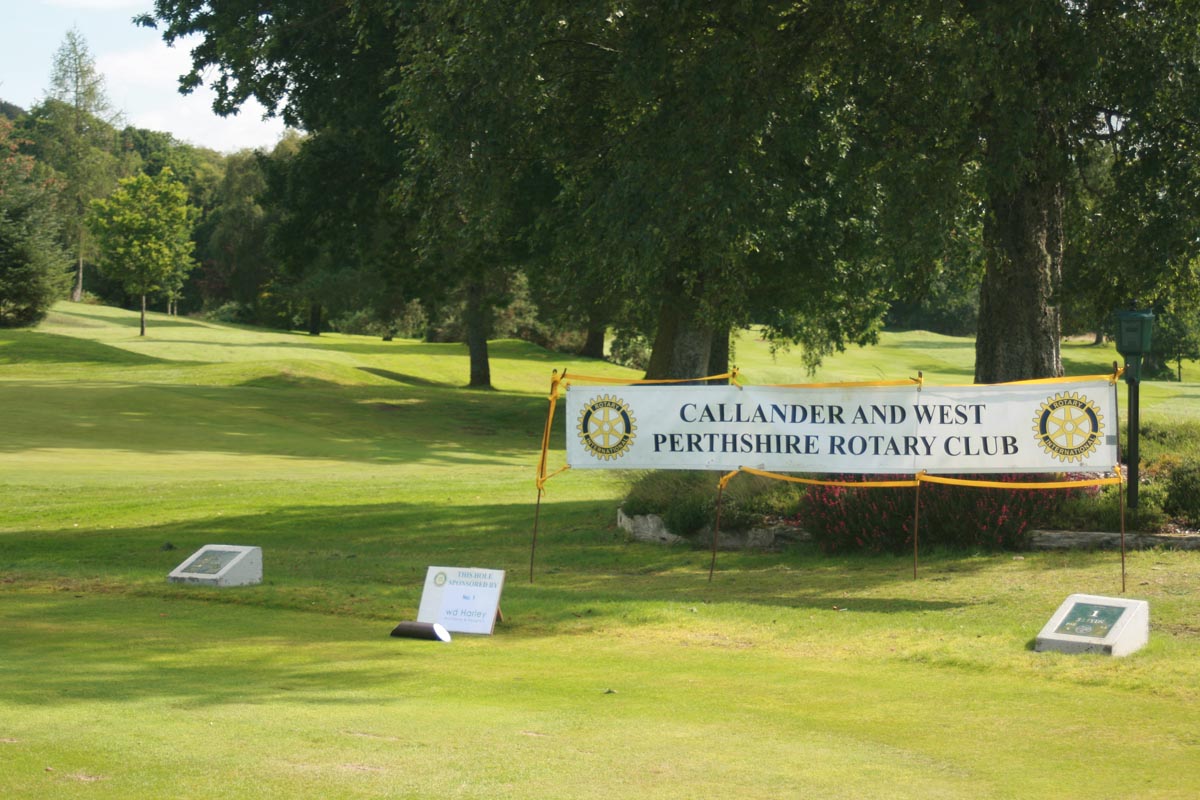 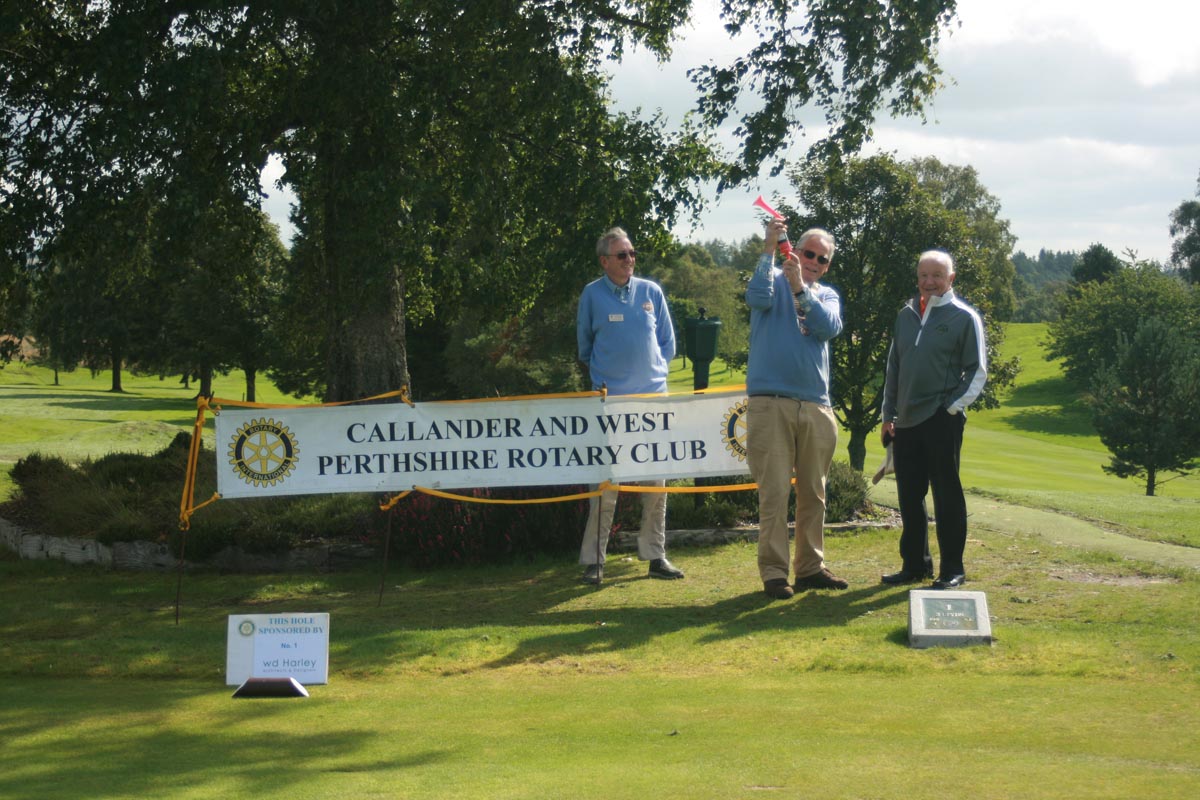 President Mike with klaxon to get things underway 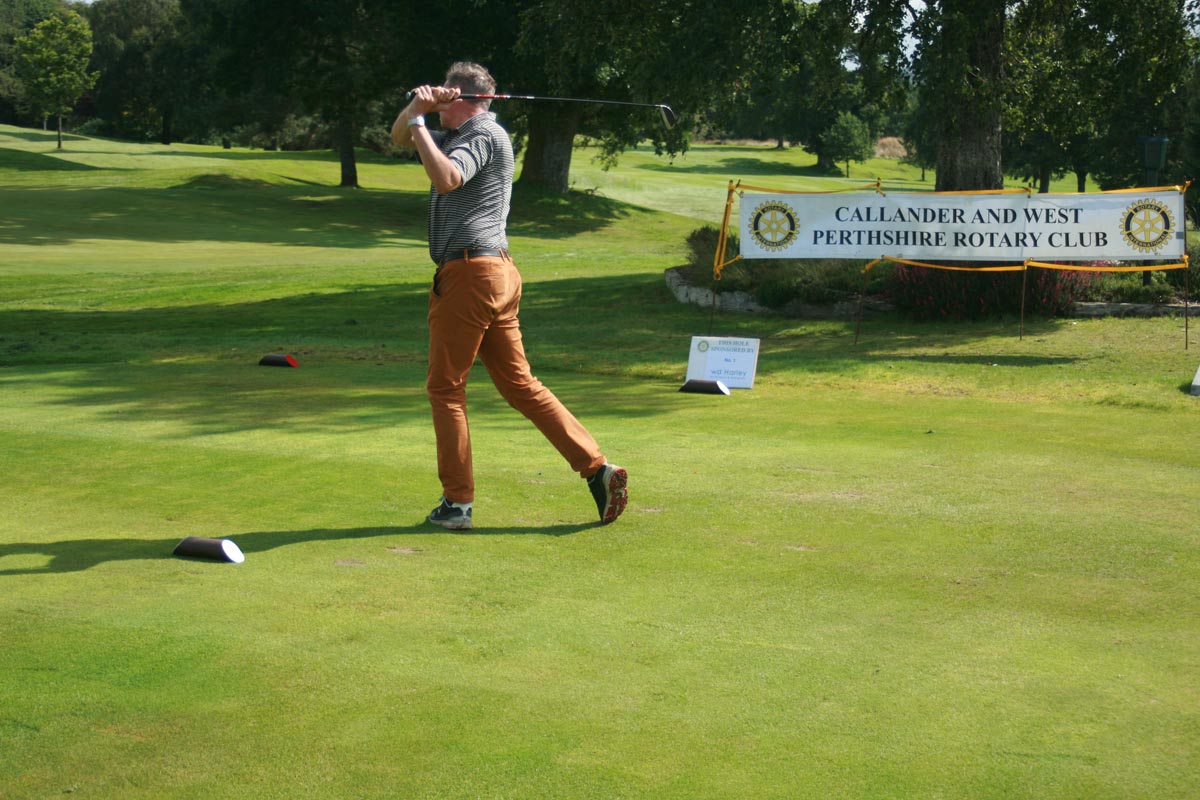 Teeing off at the first 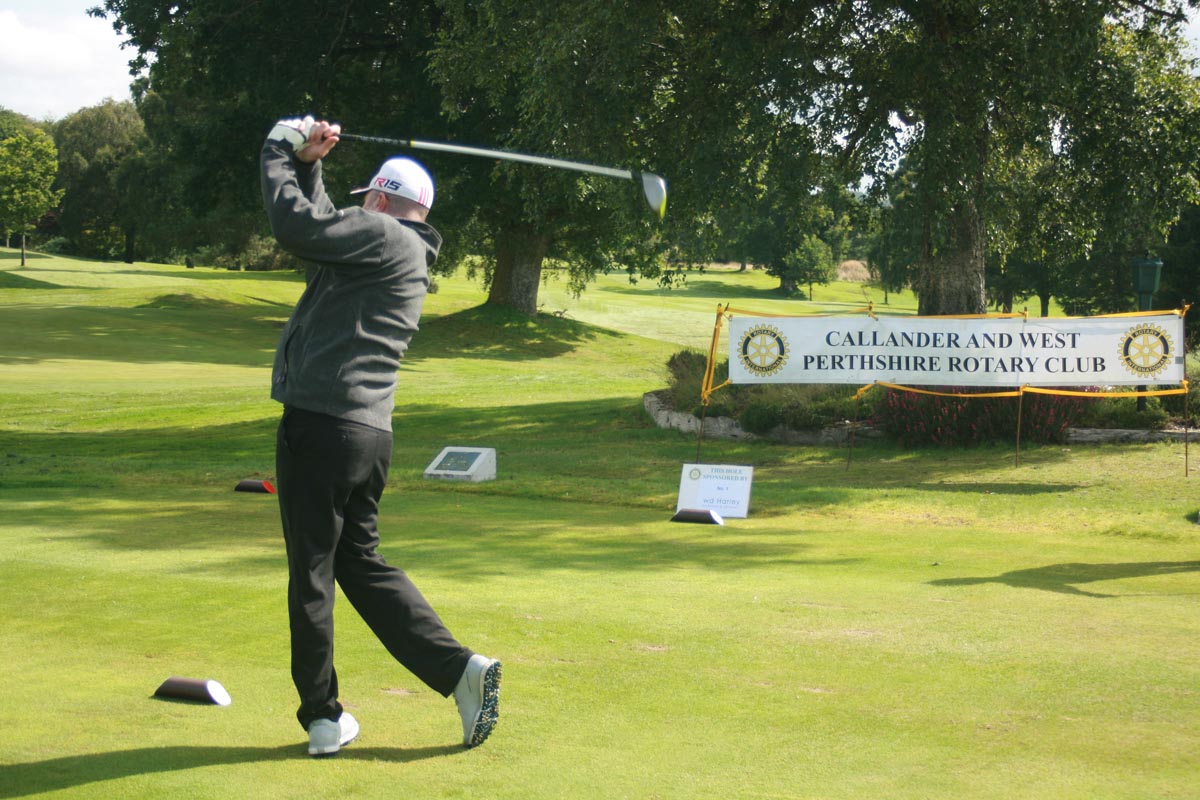 Another fine drive at the first 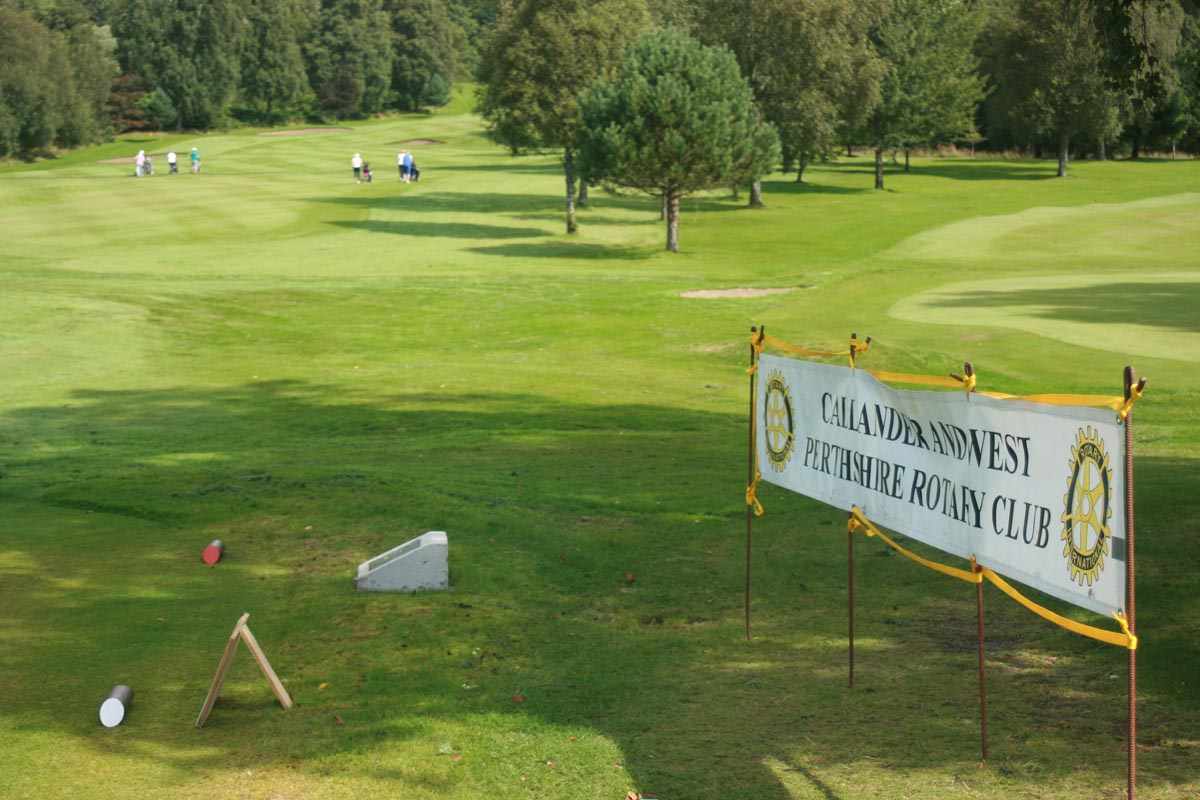 Heading up the 1st fairway 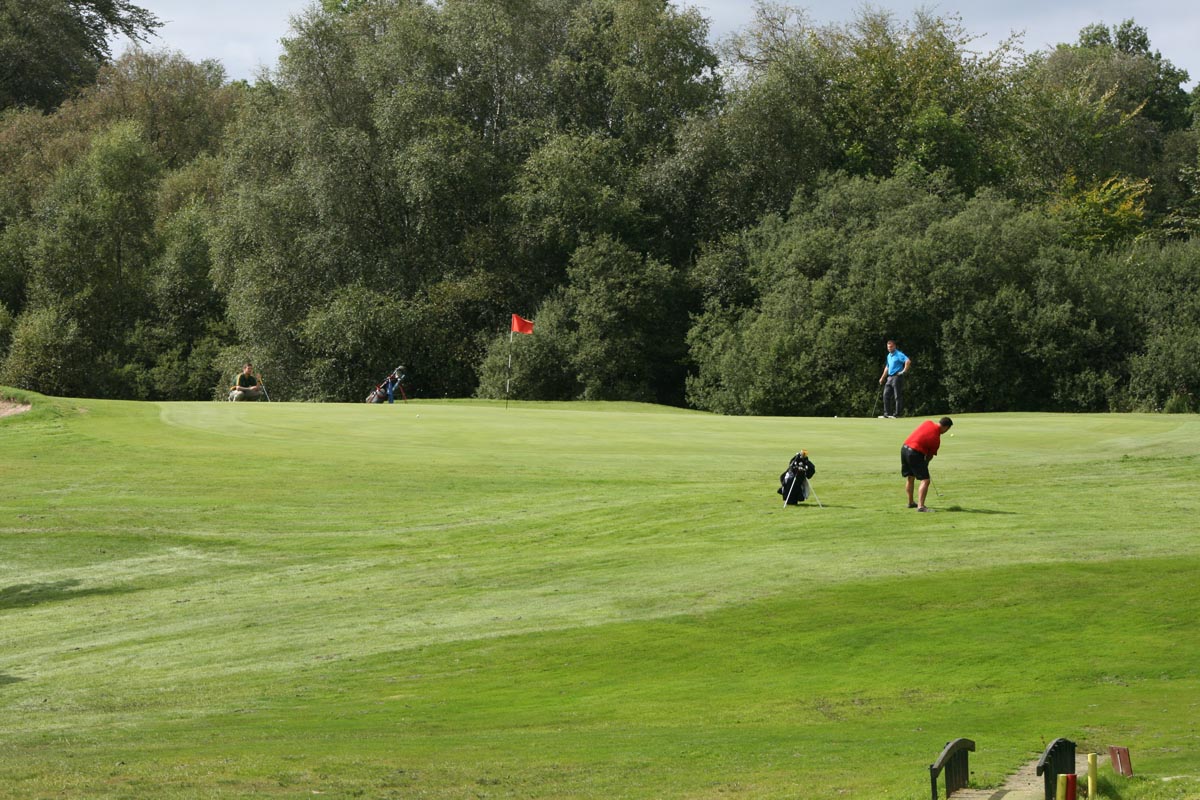 Chipping back to the 10th green 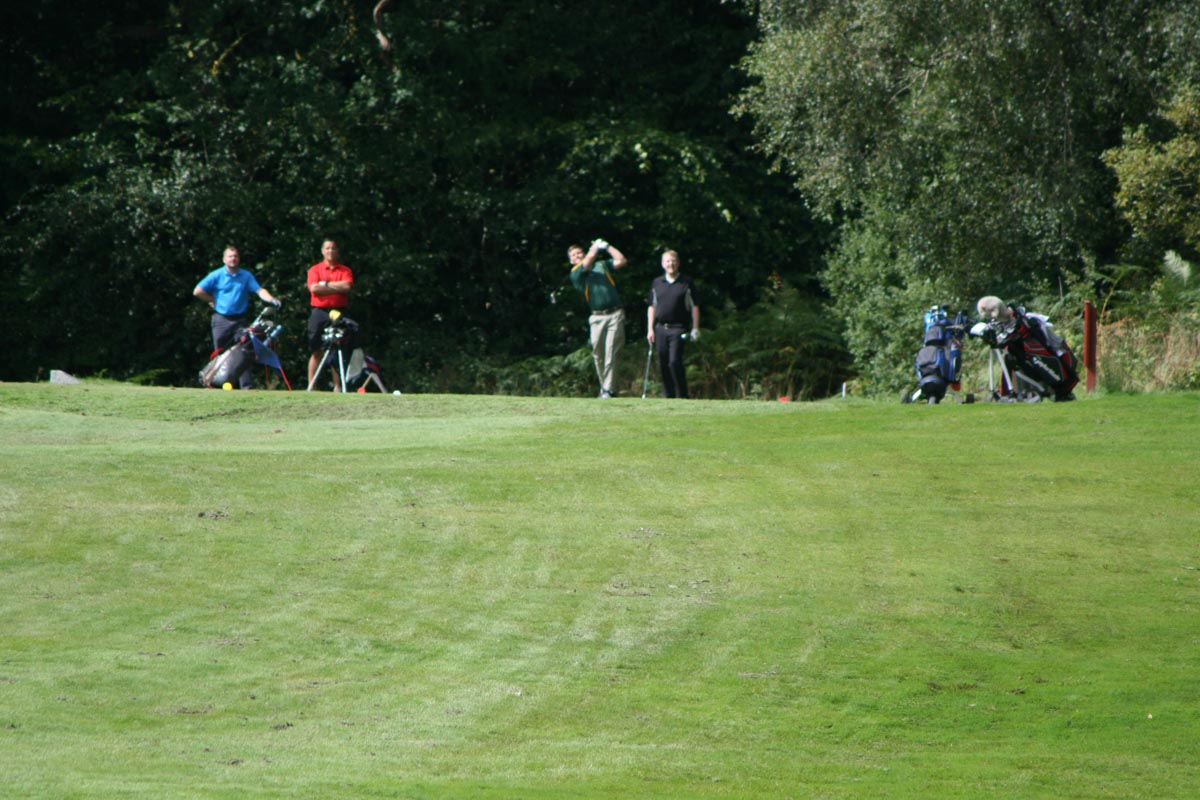 Trying for nearest the pin at the 11th 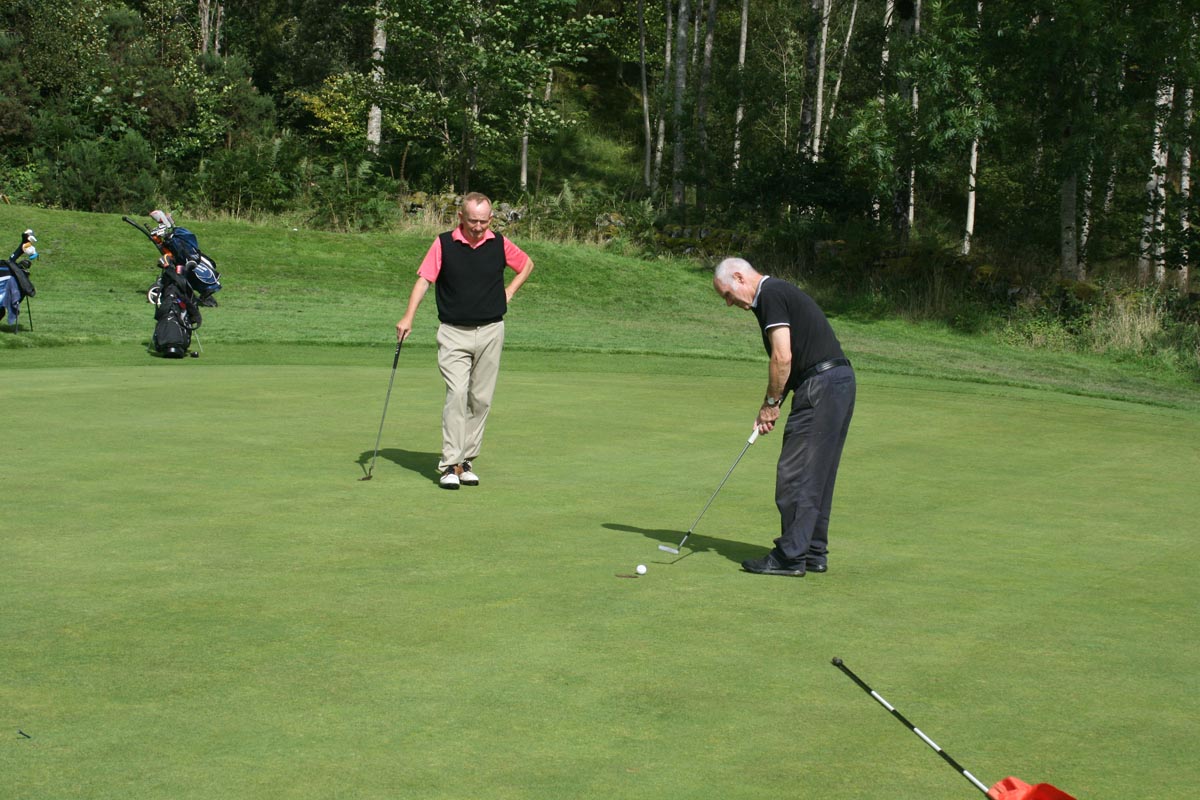 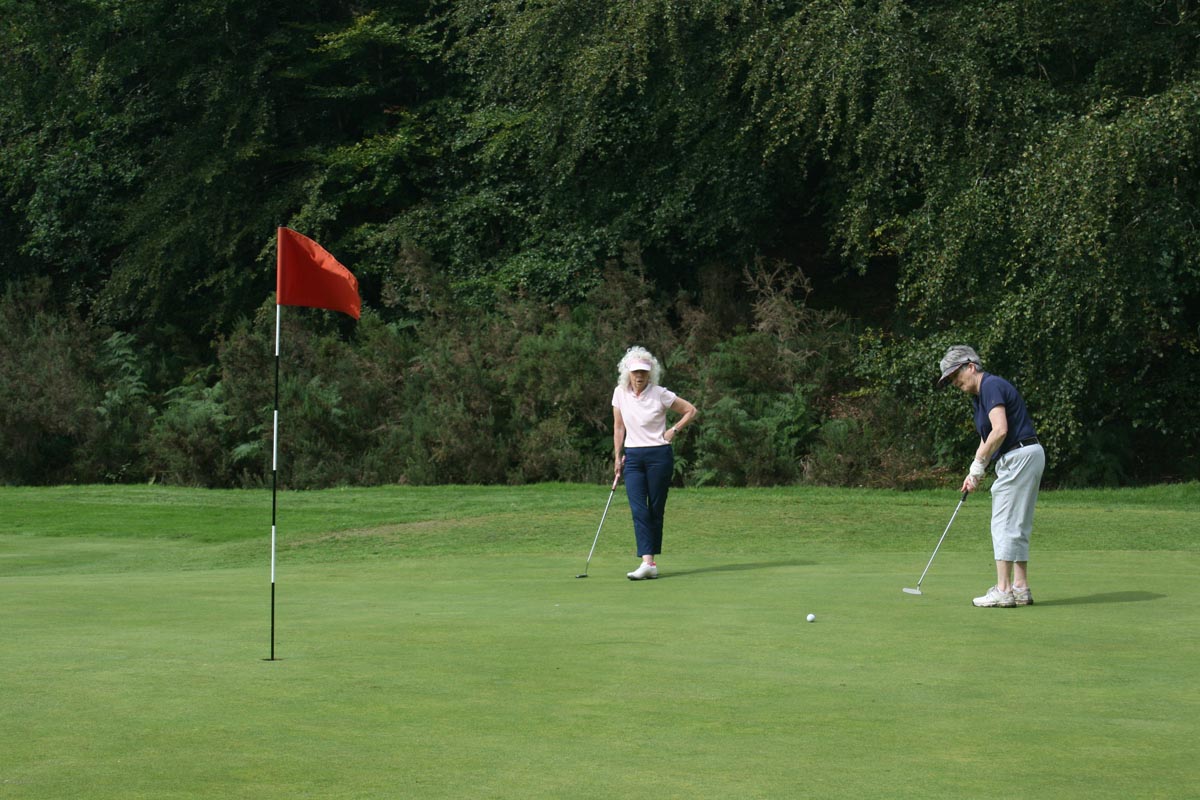 Putting at the 11th 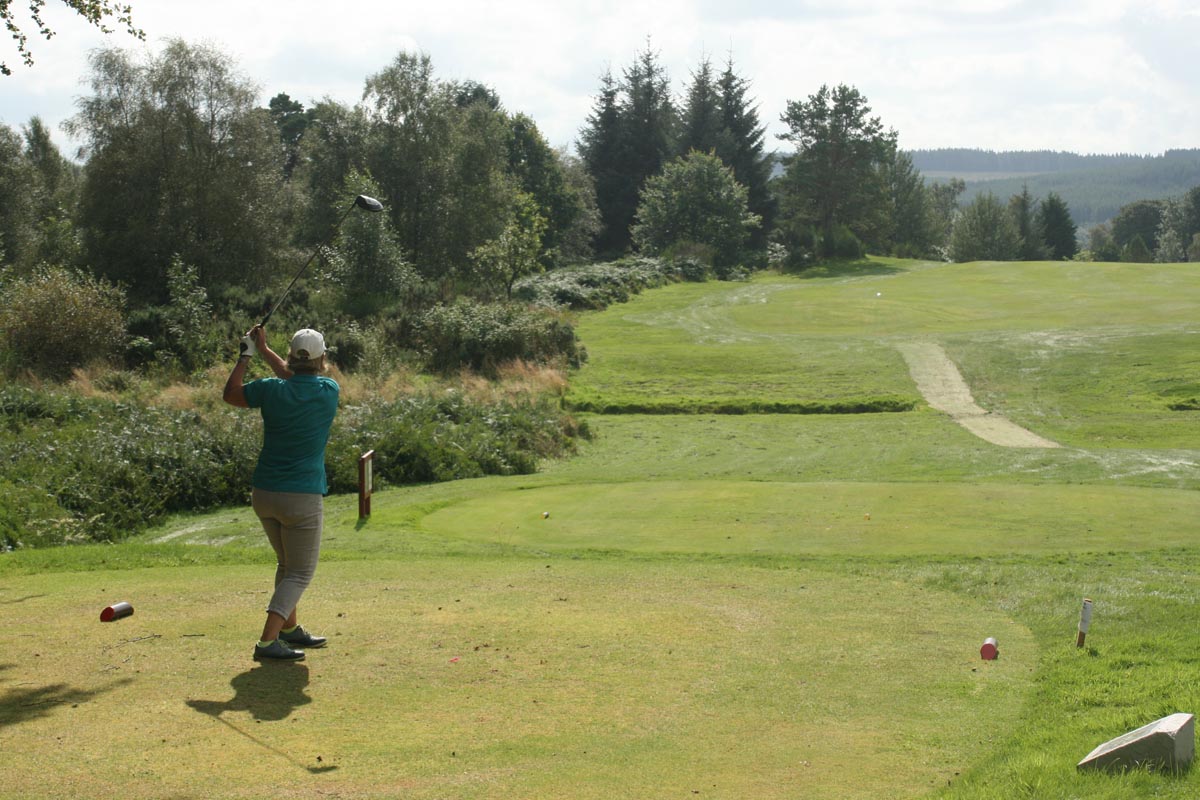 Trying for the ladies' longest drive at the 12th 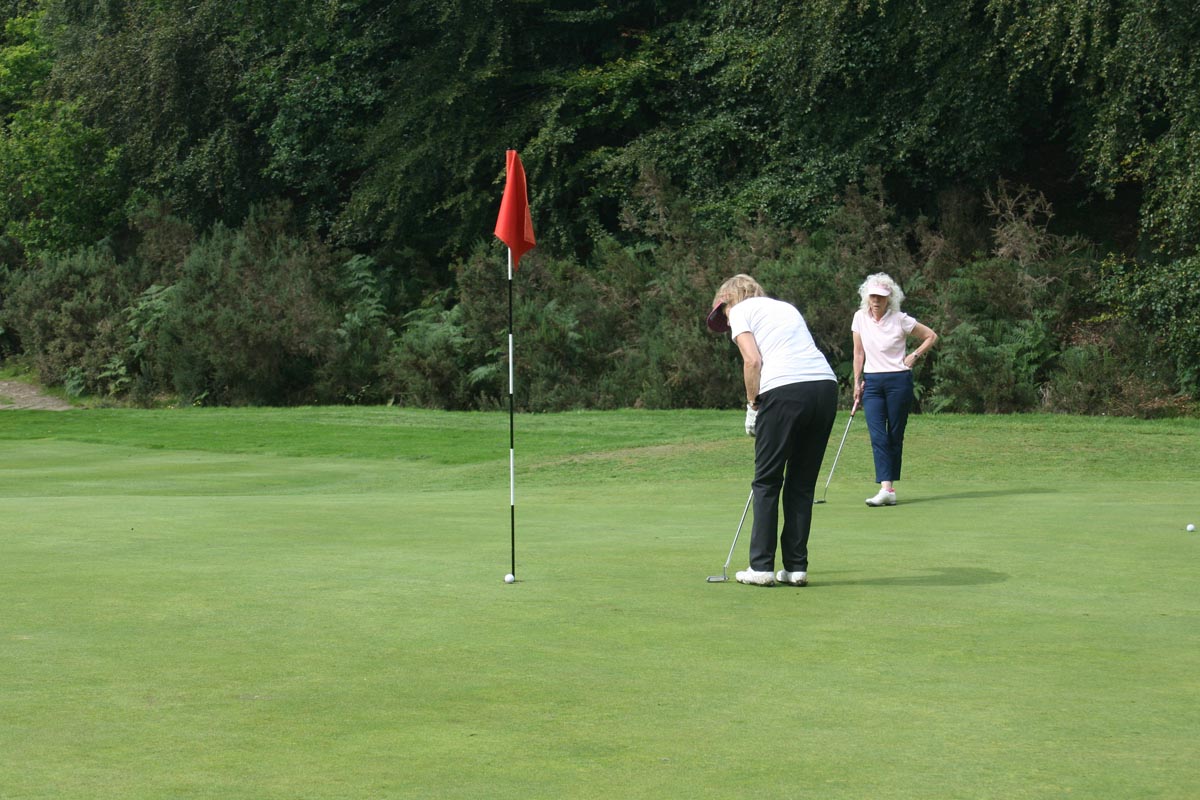 Did it drop? Sorry, can't remember 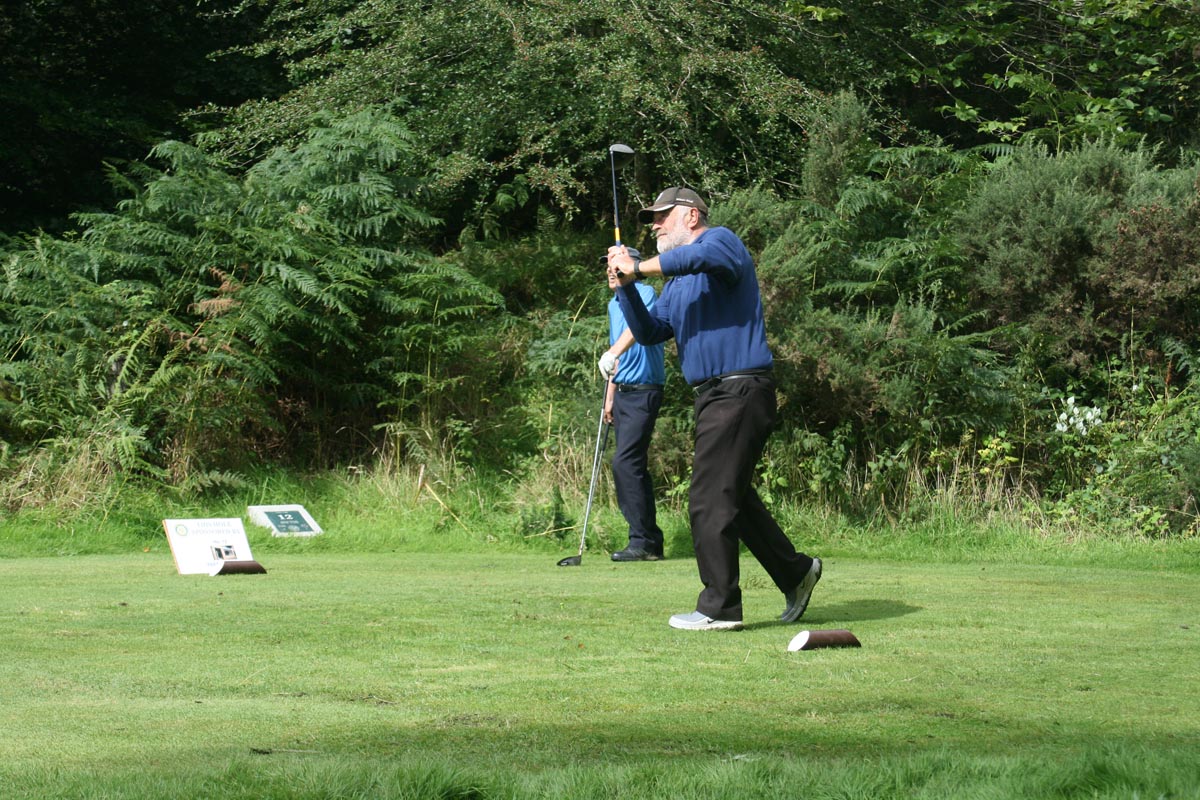 Look at that style at the 12th tee 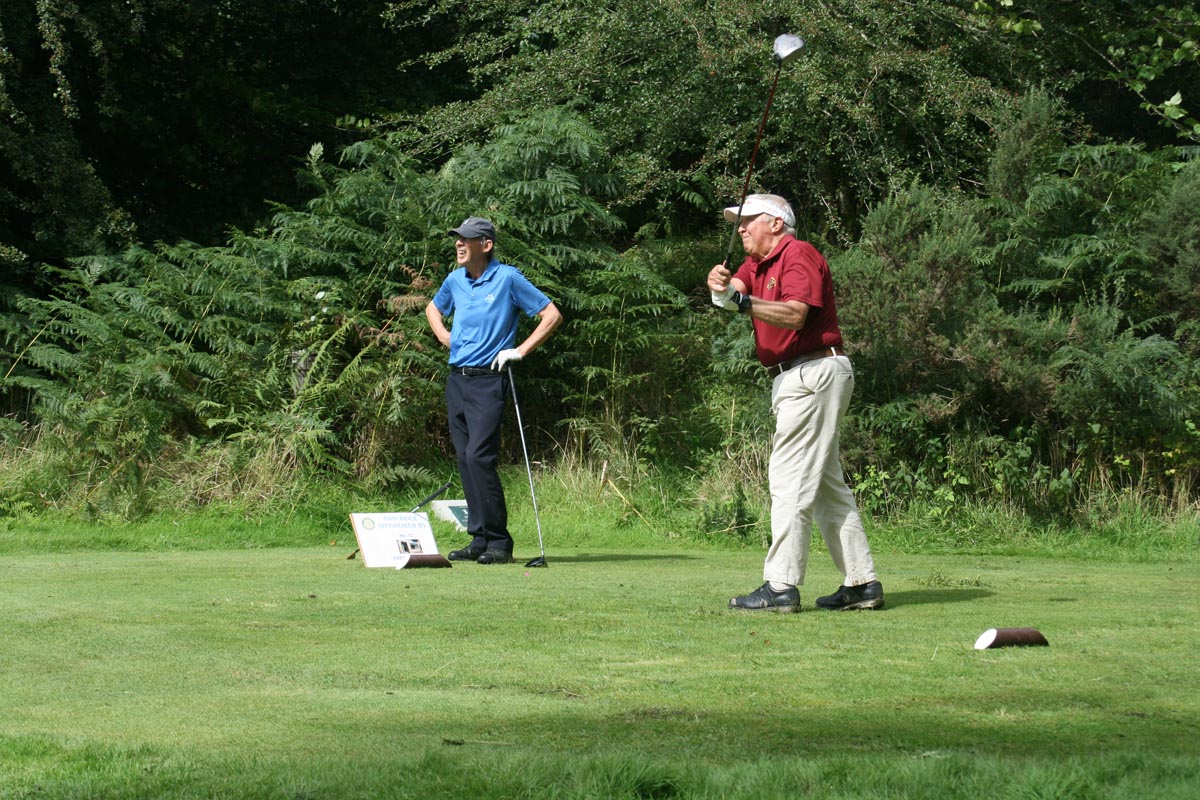 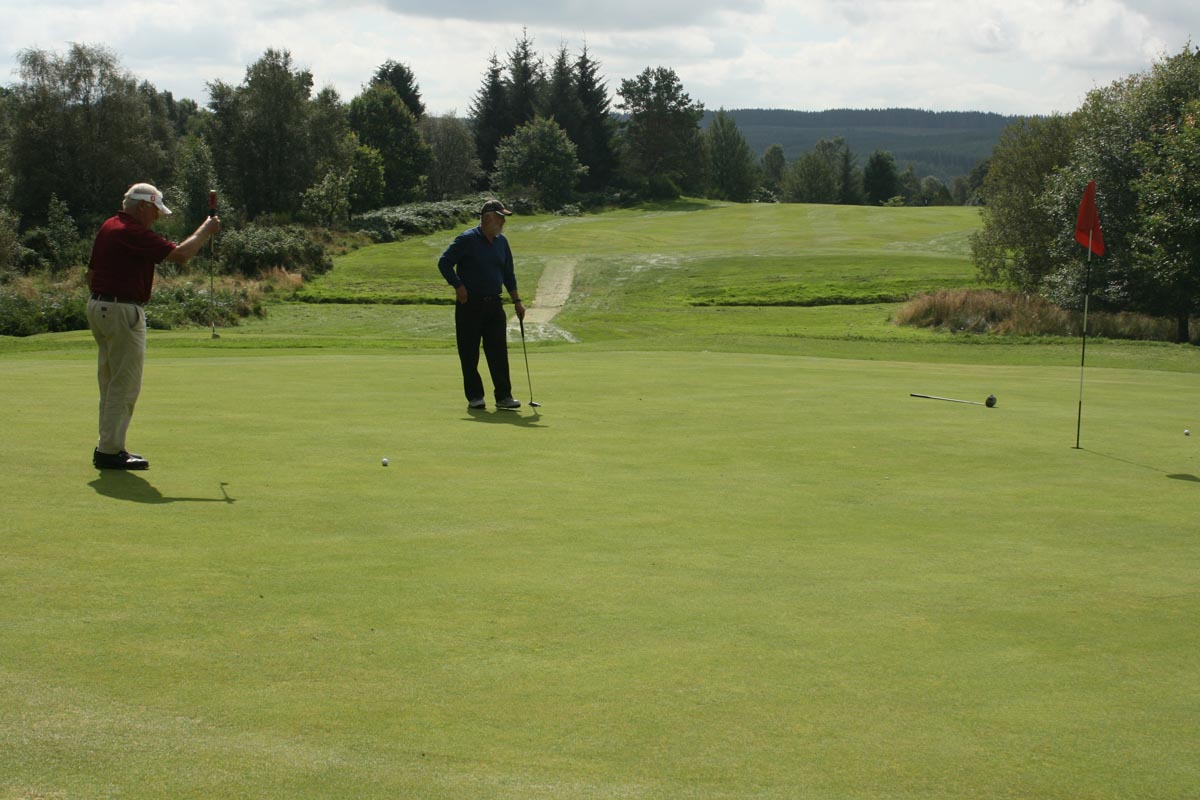 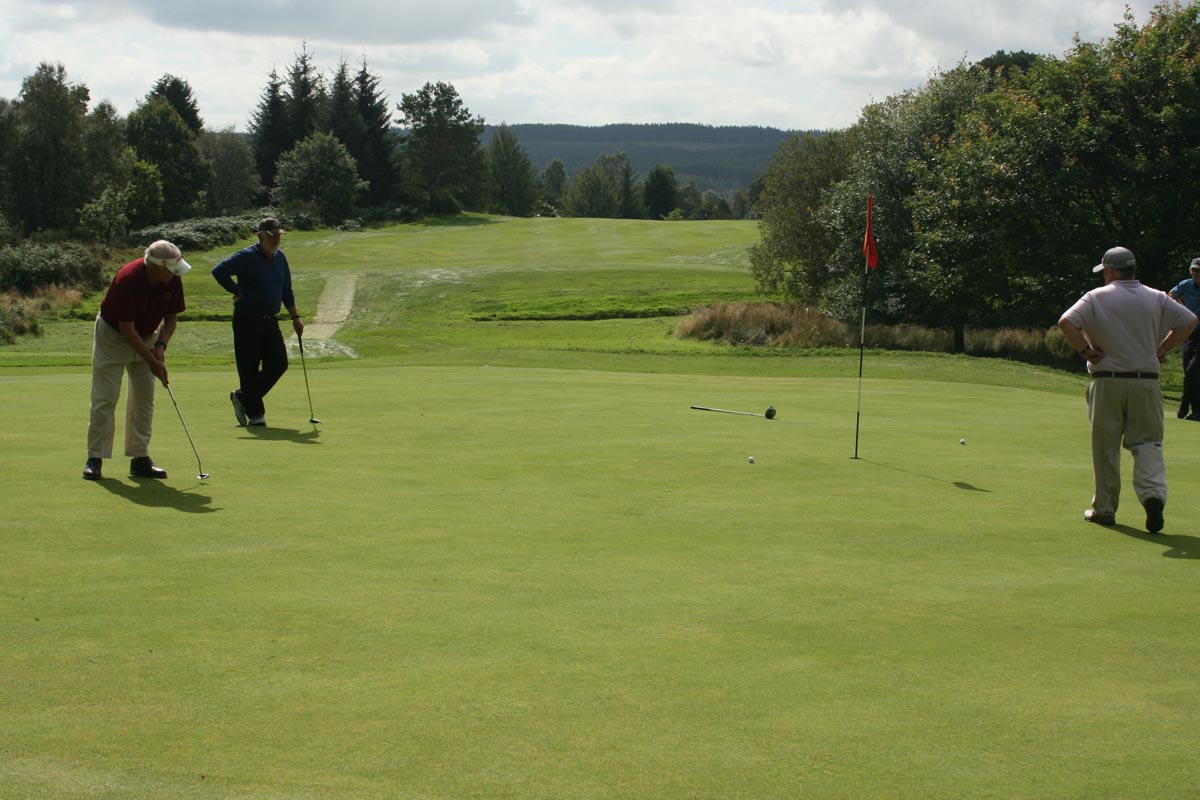 The event was originally scheduled to take place on 16th August, but had to be postponed due to the closure of the golf course because of flooding caused by heavy rainfall.  Instead it took place on Friday 23rd August.

Unfortunately the postponement meant that a number of teams were unable to participate.  Nevertheless, there were still sufficient teams for the event to take place and we had a glorious day for it.  All those taking part, both playing and organising had a great day and in the end it was all worth while with a net figure of just over £2,000 being raised for our charity account.  This year, the main benficiary of the event is 'Start Up Stirling', a local charity "whose focus is on relieving poverty, suffering and distress of people in crisis across Stirlingshire, including people in Callander".  Click on the link in the last sentence to find out more about the good work that they do. 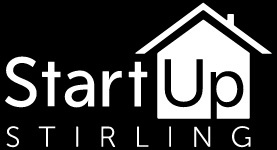 The money we raise comes from a combination of local business sponsorship, team entry fees, a raffle and individual donations.  We would like to thank all those businesses who sponsored (fuul list below) and in especial our main sponsors 'Woodside Pharmacy, Doune and Deanston Distellery who donated a number of bottles of their finest whiskey as prizes.

We'd also like to thank those golfers who were still able to turn up and compete, despite the postponement and a list of prize winners is shown below.

Neasrest the Pin at the 15th - 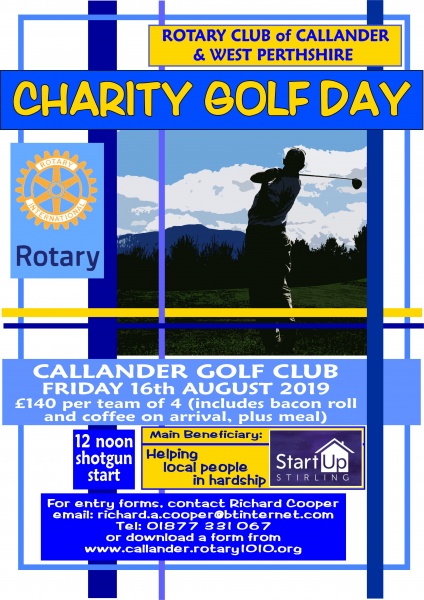 An award to recognise a McLaren High School pupil who, during the previous 12 months, has had to show incredible commitment to overcome a variety of obstacles in order to achieve their results or progress at school.

Council is the committee that manages the Club and its activities

As a departure from tradition, the Club has no distinct committees. Instead we have a number of Convenors with responsibility for various activities.

Inspired by Kew Rotary Club, we have decided to show online images of all the banners we have received over the years