SWIMATHON IS A SPLASHING SUCCESS

Annual Swimathon is a Splashing Success!! 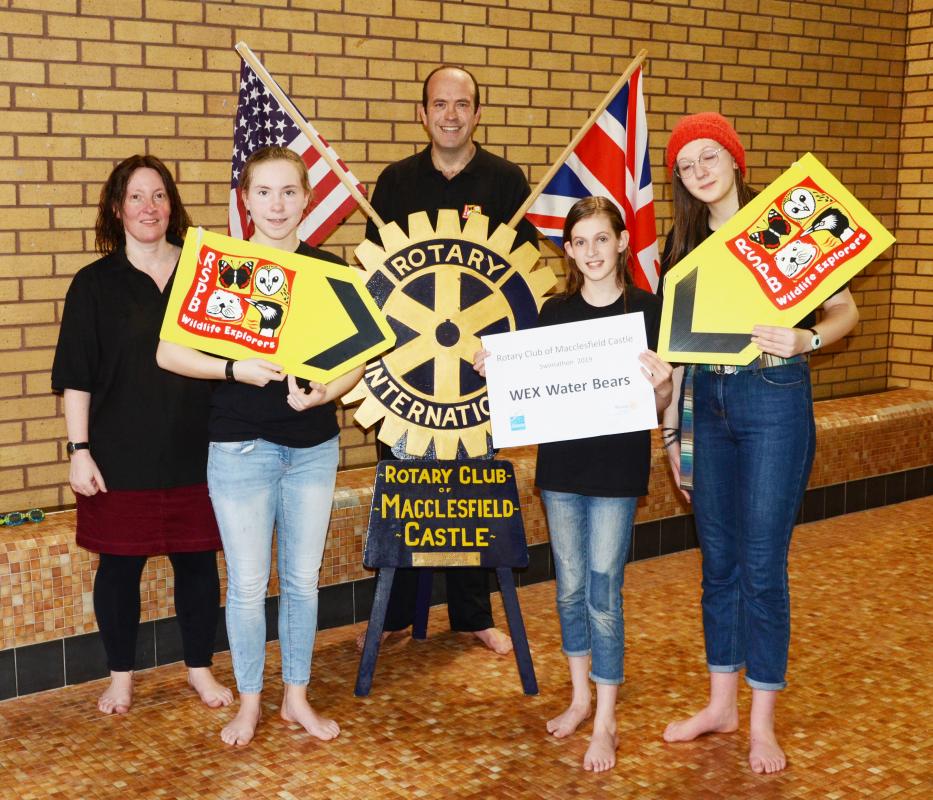 Some 40 swimming teams, comprising around 240 competitors, took part in the five-hour long Swimathon, held at Macclesfield Leisure Centre. Each team of swimmers, of between four and six people, were encouraged to complete as many lengths of the pool as possible, with the sponsorship proceeds shared equally between the entrant's nominated charity, and those supported by Macclesfield Castle Rotary Club. £10,000 was raised for local charities, a big increase on last year.

As well as David, the swimmers were also cheered on by the Mayor of Macclesfield, Cllr Adam Schofield, and their families, friends and other well-wishers. Among the teams represented were local charities such as: Stand Up, Speak Out; Reach Out and Recover; and East Cheshire Eye Society. Also taking part were local scout groups, teams from local churches, and groups from schools in the local community.

Since it was first held 20 years ago, the Rotary Club Swimathon has raised well over £150,000 for local and international charities, thanks to the generous support of local residents. Among local charities to have benefitted are: the Rossendale Trust; East Cheshire Hospice; and the Macclesfield Disability Forum, as well as national charities like the NSPCC and Childline.

Speaking after the event, David said, "It was great to see so many local charities and groups taking part in another exciting Swimathon. I am grateful to Macclesfield Castle Rotary Club for once again organising this much-loved fixture in the local calendar, and to all those who participated and supported it."