We are proud to support this well established national competition designed to encourage young people to develop their writing skills, and share with you the winning entries this year.


One of the priorities to which Rotarians are committed is developing skills of future generations. We are grateful to our local schools for supporting us in our endeavour to offer this opportunity for young people each year.

The Rotary Young Writer National competition is one of 7 competitions for young people organised by Rotary International in Great Britain and Ireland. It aims to encourage young people between the ages of 7 to 17yrs to use their writing skills to write with imagination and creativity. Participants are invited to showcase their written talent through a piece of fiction, non-fiction or poetry on a given theme. The competition takes part in three stages: local heats, which are organised by local Rotary Clubs, district competitions and a national final. Each participant is sponsored by their local Rotary Club.

This year's theme was "Connections" and that was interpreted in many ways by our creative young writers, which made judging by our local team quite difficult. Each entry is read by all judges, who then discuss the entries and reach a consensus over the winners and runners up. This year we had over 60 entries to read and asess!

This year's local winner in the Junior (7-10yr) group was Harry Taylor from Durley Primary School and we were delighted when he came third in the District Competition.

Our local winner in the Intermediate (11-13yr) group was George Hiscock from Wyvern College for a poem. George came first in the District Competition, a tremendous achievement, and his entry wenrt forward to the National final, the judginf of which was delayed by the pandemic.  Sadly George was not awarded a national prize.

We are grateful to both winners for agreeing to let us share their entries with you.

Standing in front of me stood the monster: a monster where you would only get one chance to slaughter it, but no more. My heart raced - beating like a steam train. Darkness filled the room covering my body like black dust. The muddy floor. WHOOOOSH! The water rushed over me in pipes with creatures you wouldn't believe existed; leaks from miniscule cracks above soon covered me in a soggy cocoon.

In front of what I assumed was a boiler-system, stood all the wires in front of me - begging to be used. I stood there grimacing at the future of what could happen if it did not go as planned. BOM! BOM! BOM! Something had made the pipe finally give way and burst. "AAAAHHHHH!" I yelled. A creature from the pipes above had jumped out, piercing my back with its sharp fangs. Blood poured out. It slithered around me, soon wrapping me up. The mud that was on the ground was no longer brown - it was red. Turning round, I saw a snake-like creature that looked like the pipe itself or the ones I was surrounded by. It squeezed and squeezed until I could have sworn my ribcage was about to implode. My vision turned to blackness...

Secinds later, I found myself back in my house away from those dreadful creatures. My eyes started to adjust to the darkness. Walking to my bathroom, I sat down turning on the light. As I sat down, I heard a strange hissing from within the pipes. SSHHHH!

Whilst on a plane

As they chatted they realised

Their lives were the same

Both born in Jamaica

Their Mum was too young

Adopted by a family

Desperate for a son

One emigrated to England

A new life had begun

Met his new Mum and Dad

But grew up always wonderting

About the brother he had

But a chance encounter

As they sat on a plane

Catching up on years past

Now looking to the future

Making plans that will last

more In collaboration with the National Garden Scheme we raised £1500 to support local and national charities. 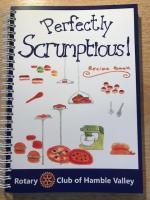 Supporting families in our community

more Get in touch for a copy of our new recipe book full of economical, quick and easy recipes for busy people. All proceeds will support food banks and struggling families within our community. 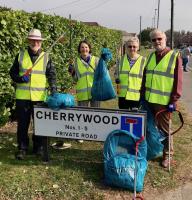 Cleaning up in Hedge End and Botley

more We continue to support the environment in our community with regular litter picks . 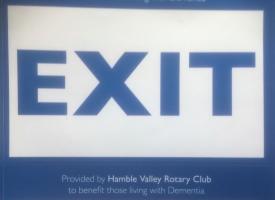 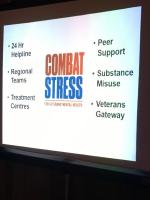 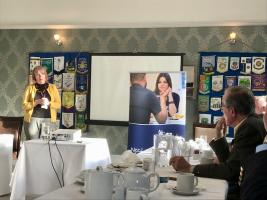 more Members of the Curdridge Lunch Club enjoying the Sun 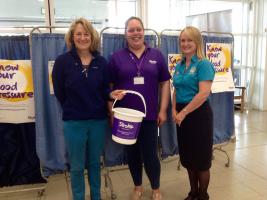 more Raising awareness of how to prevent a stroke 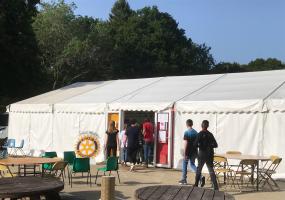 Helping People in our Community