CROCUS PLANTING IN LYNDHURST AND TOTTON

Our Lyndhurst and Totton displays will appear in Spring. The purple crocus symbolises the purple for polio eradication campaign. More details below. 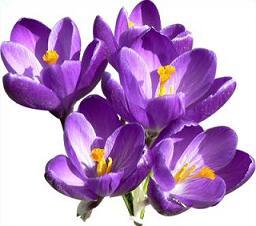 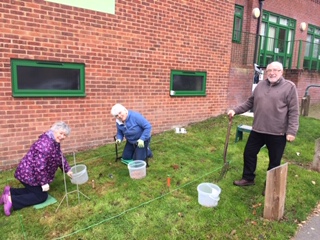 John and Christine Brown and Jane Wilson-Brown planted nearly 1,000 purple crocuses outside the Commmuniuty Centre in Lyndhurst on 23 October.  On 25 and 26 October Council staff assisted by Jane Wilson-Brown and a number of Rotarians planted nearly 3,000 bulbs in Totton around the cherry trees in the area opposite the Police Station. They worked in rain most of the time but stuck at it !!

Thanks to Rotary, and the support of our partners WHO, Unicef, CDC and the Bill and Melinda Gates Foundation, there are now just three countries still classed as endemic: Pakistan, Nigeria and Afghanistan.For more informationgo to the following website:-    https://www.rotarygbi.org/our-causes/end-polio-now/