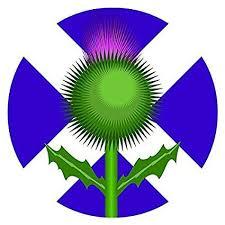 To be held in:

Musical entertainment by the 3 M's

Tonight, the Rotary Club of Motherwell and Wishaw held St Andrew’s Night Dinner, in the Belmill Hotel, Bellshill, to celebrate our Patron Saint.

The Rotarians, their partners and friends were addressed by Malcolm Roughead, OBE, the Chief Executive Officer of VisitScotland, who spoke on the methods used to attract visitors to Scotland. He highlighted the growing importance of social media in their work, giving examples of advertising in various languages, including Japanese. China has emerged as a very important the new market. The, fairly new, ability of the Chinese to travel, the increasing wealth of their tourists, not to mention their interest in the Harry Potter series and Outlander, makes them attractive visitors to Scotland.

The musical entertainment was provided by the 3M’s whose recordings of religious music are heard frequently on Radio Clyde and, as a result, they have sung at many weddings and corporate events. All funds raised from the group's performances are donated to charity and £100.00, from tonight, were given to the Moira Anderson Foundation.

A raffle was held and the proceeds, £281.00, will be shared by the Salvation Army and the Basics Foodbank.