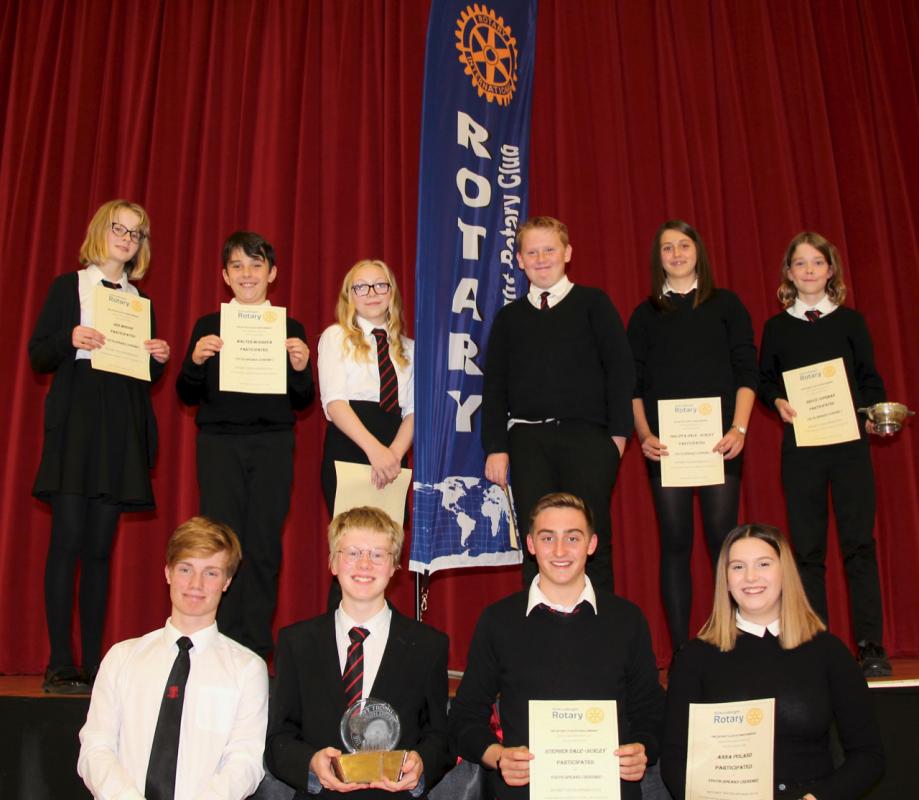 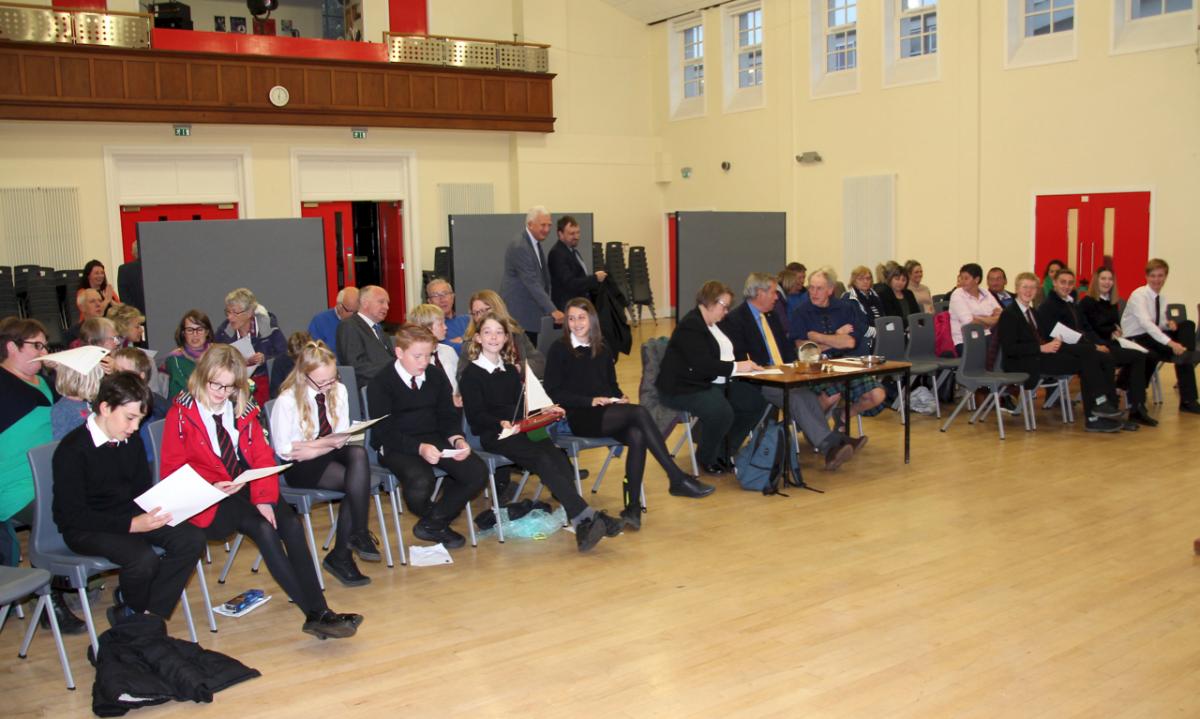 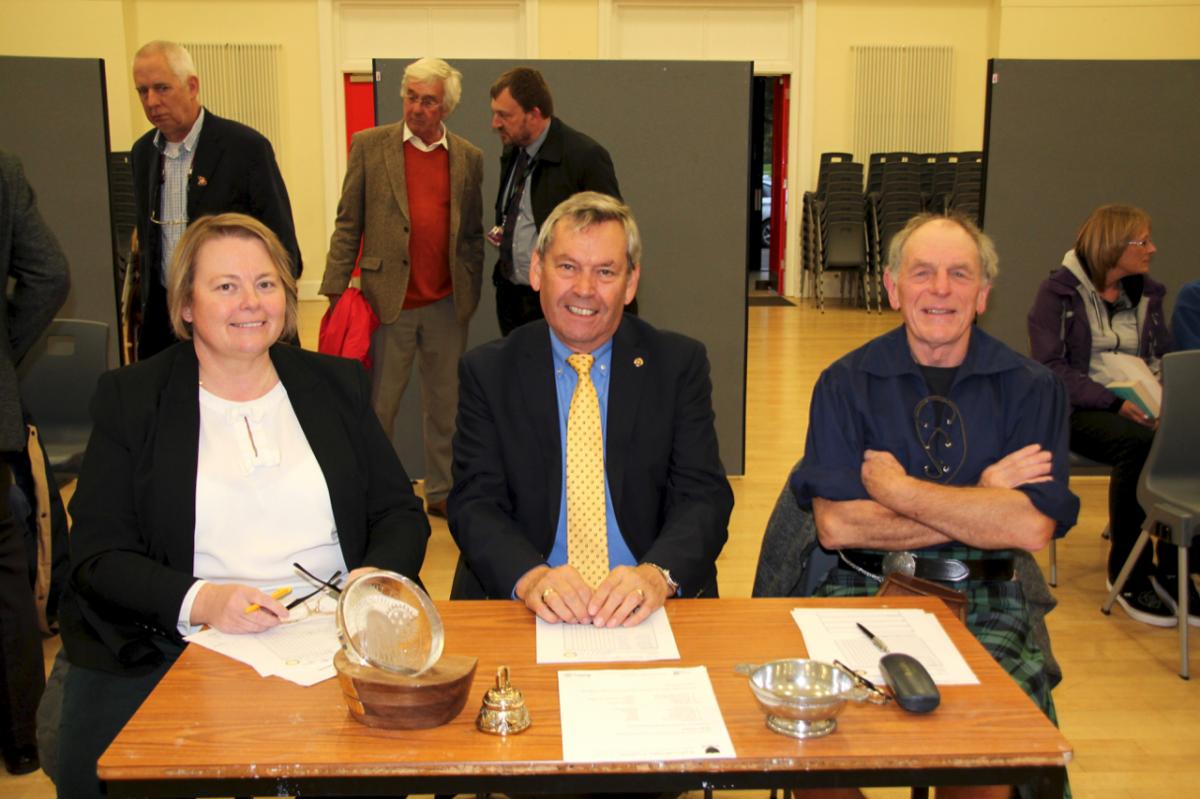 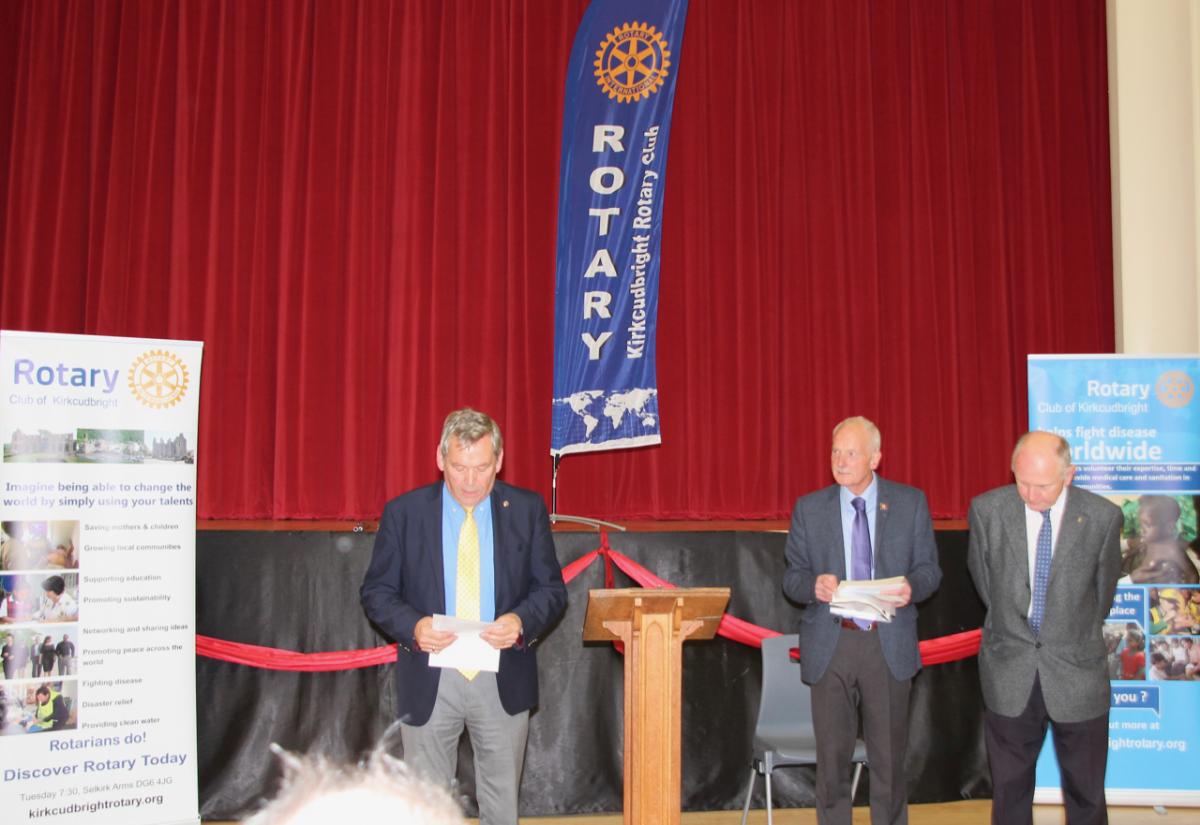 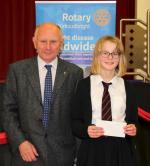 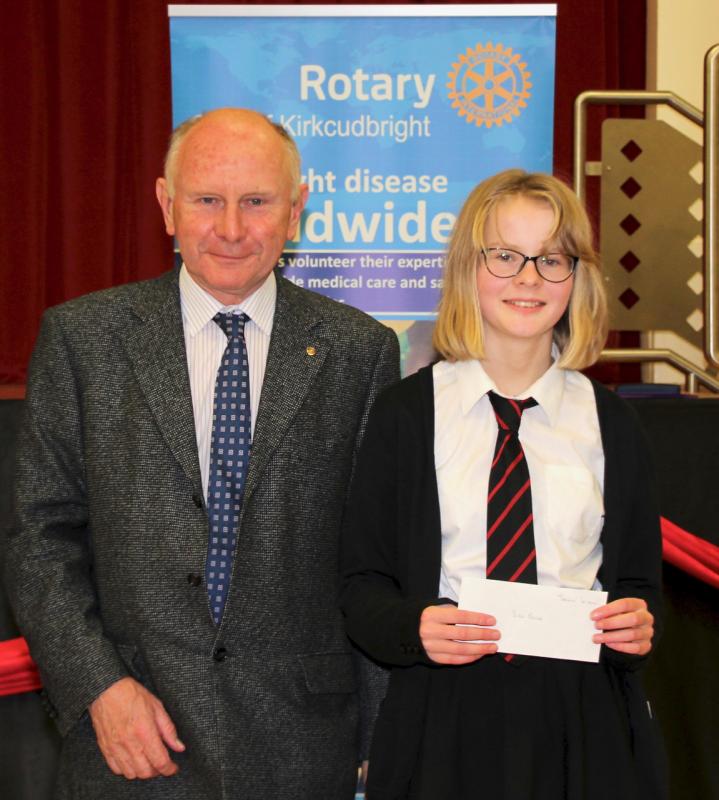 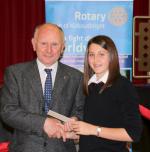 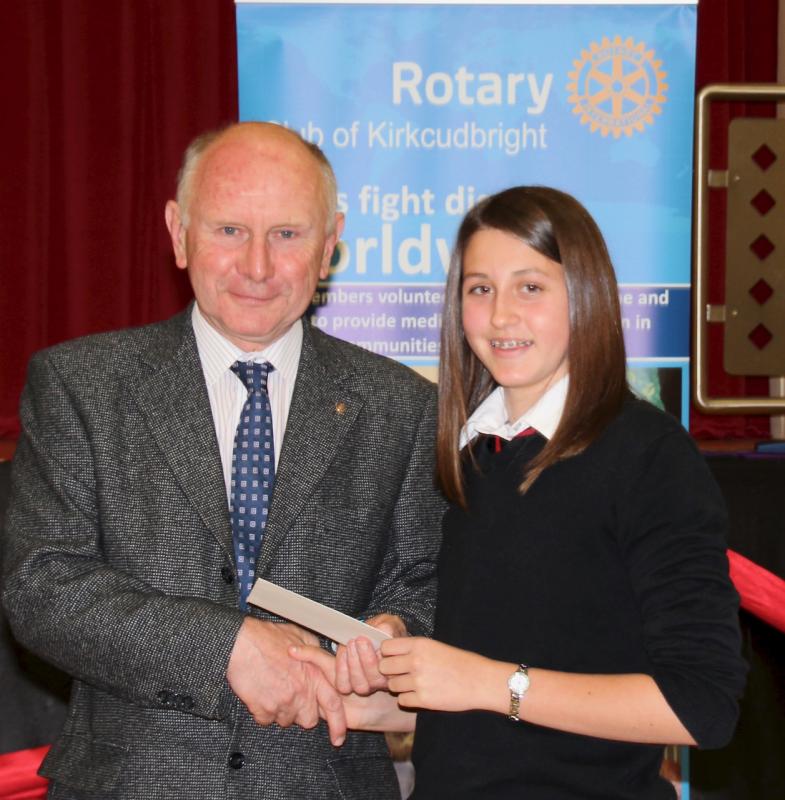 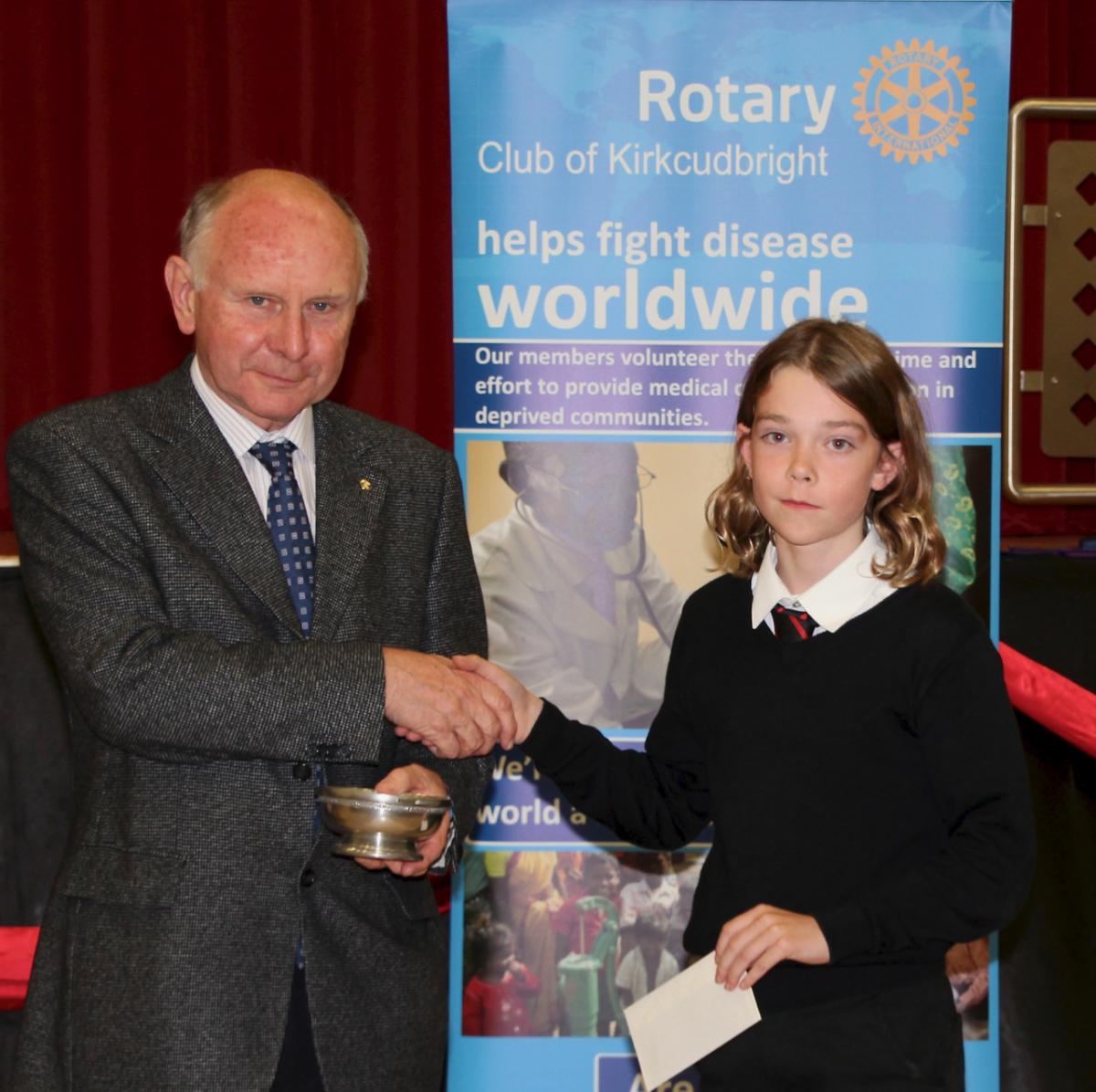 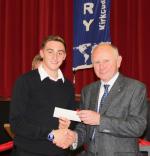 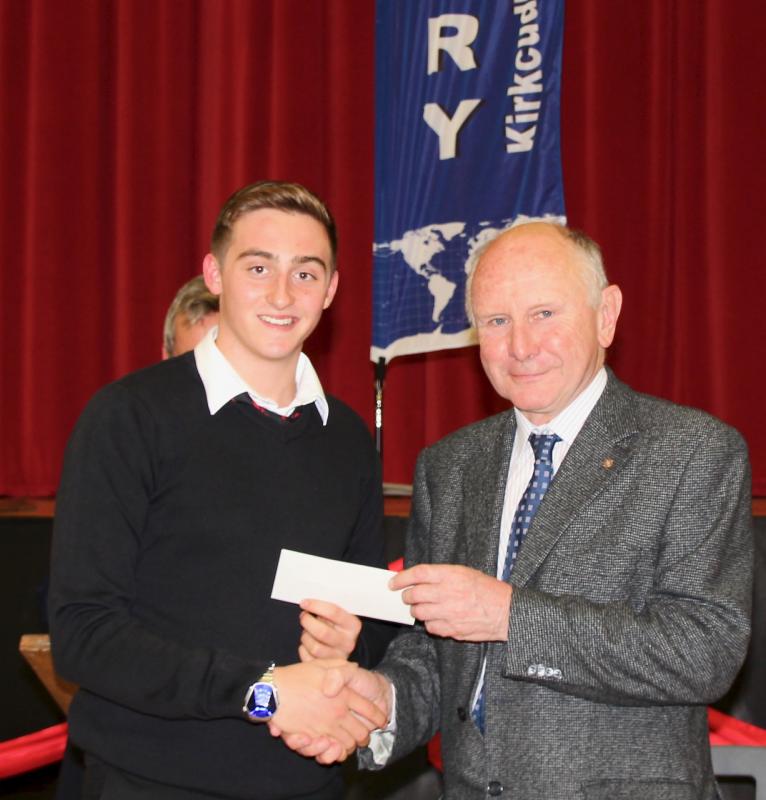 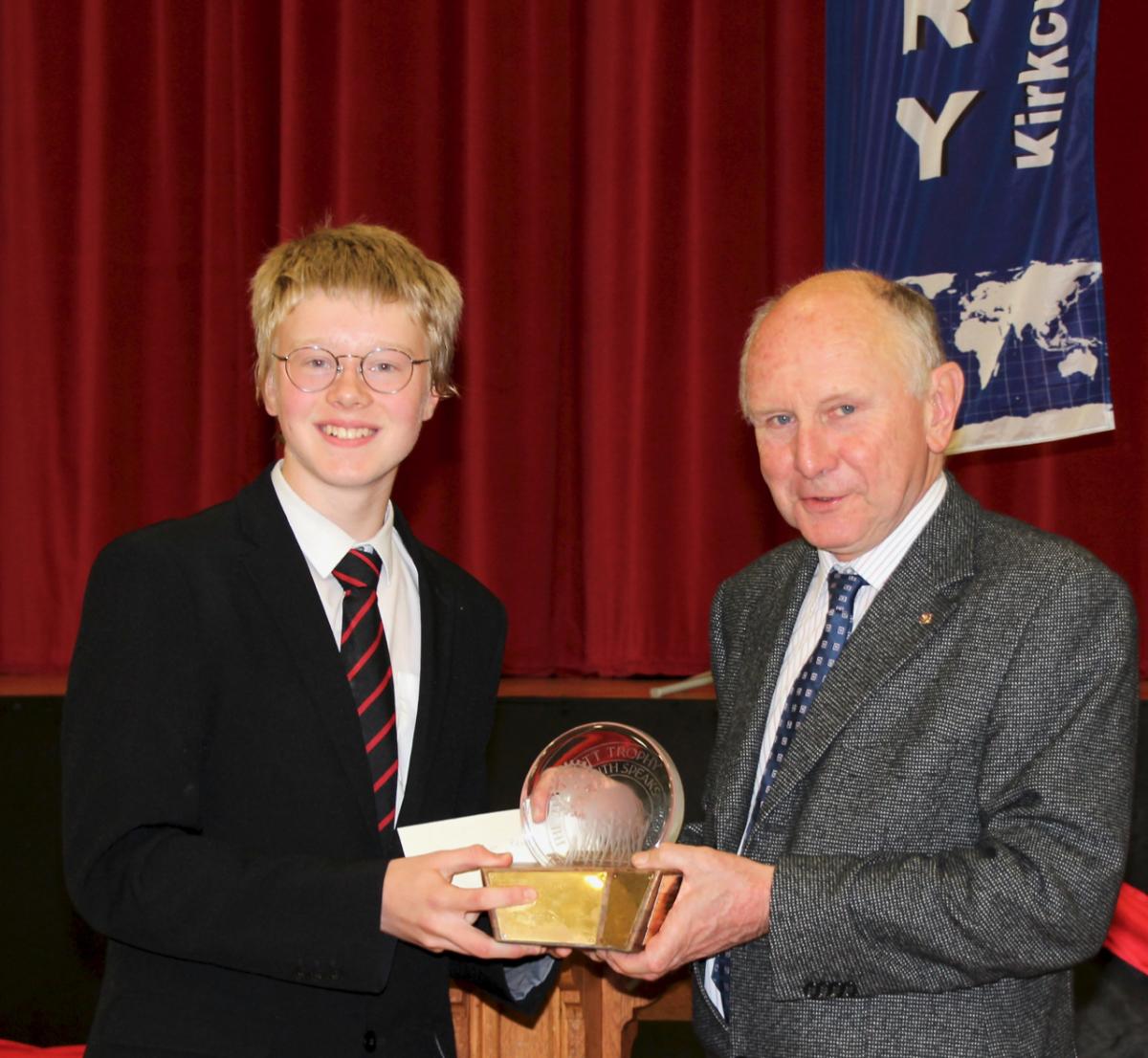 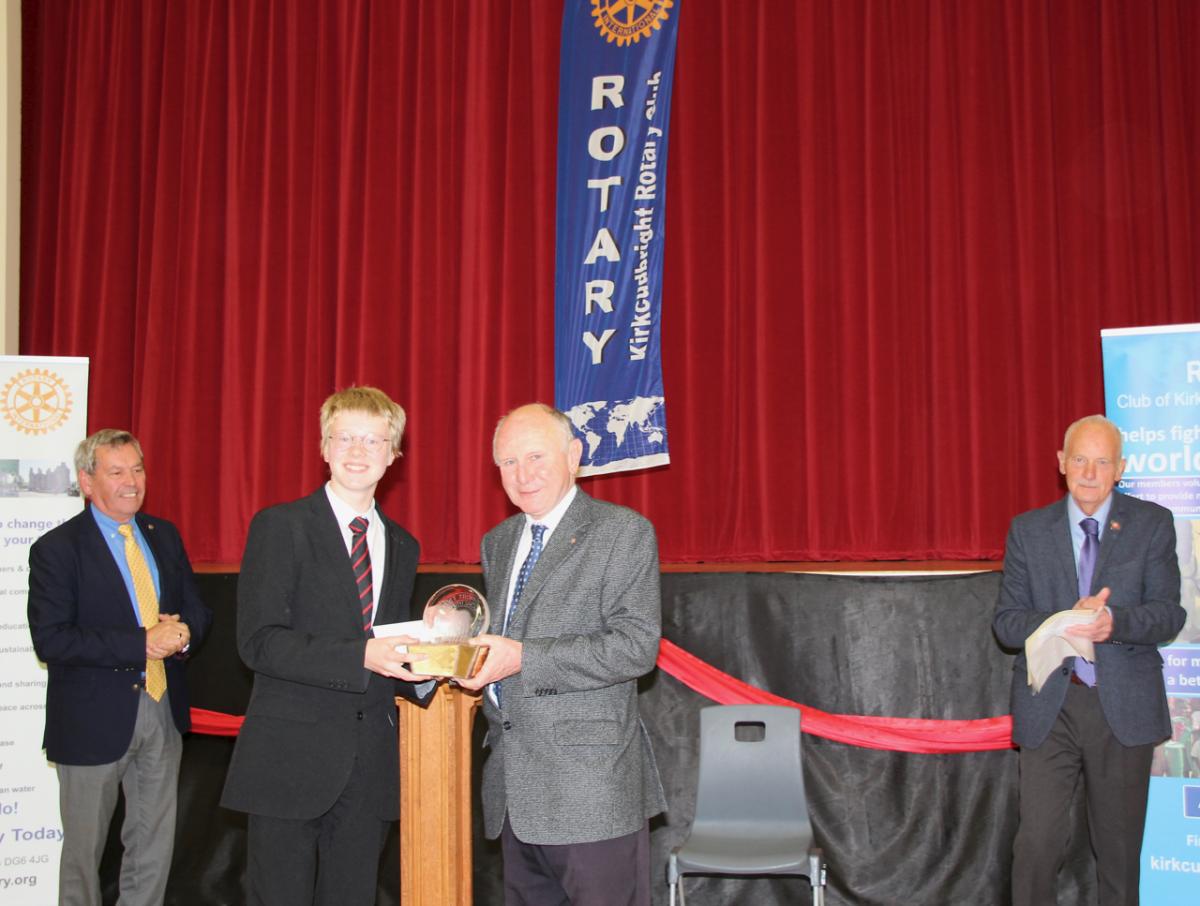 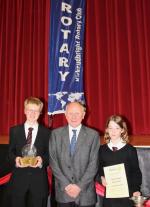 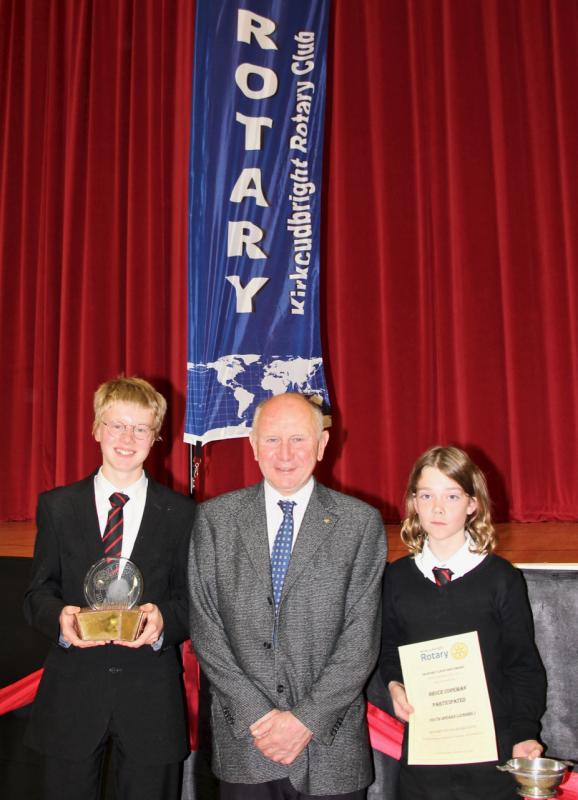 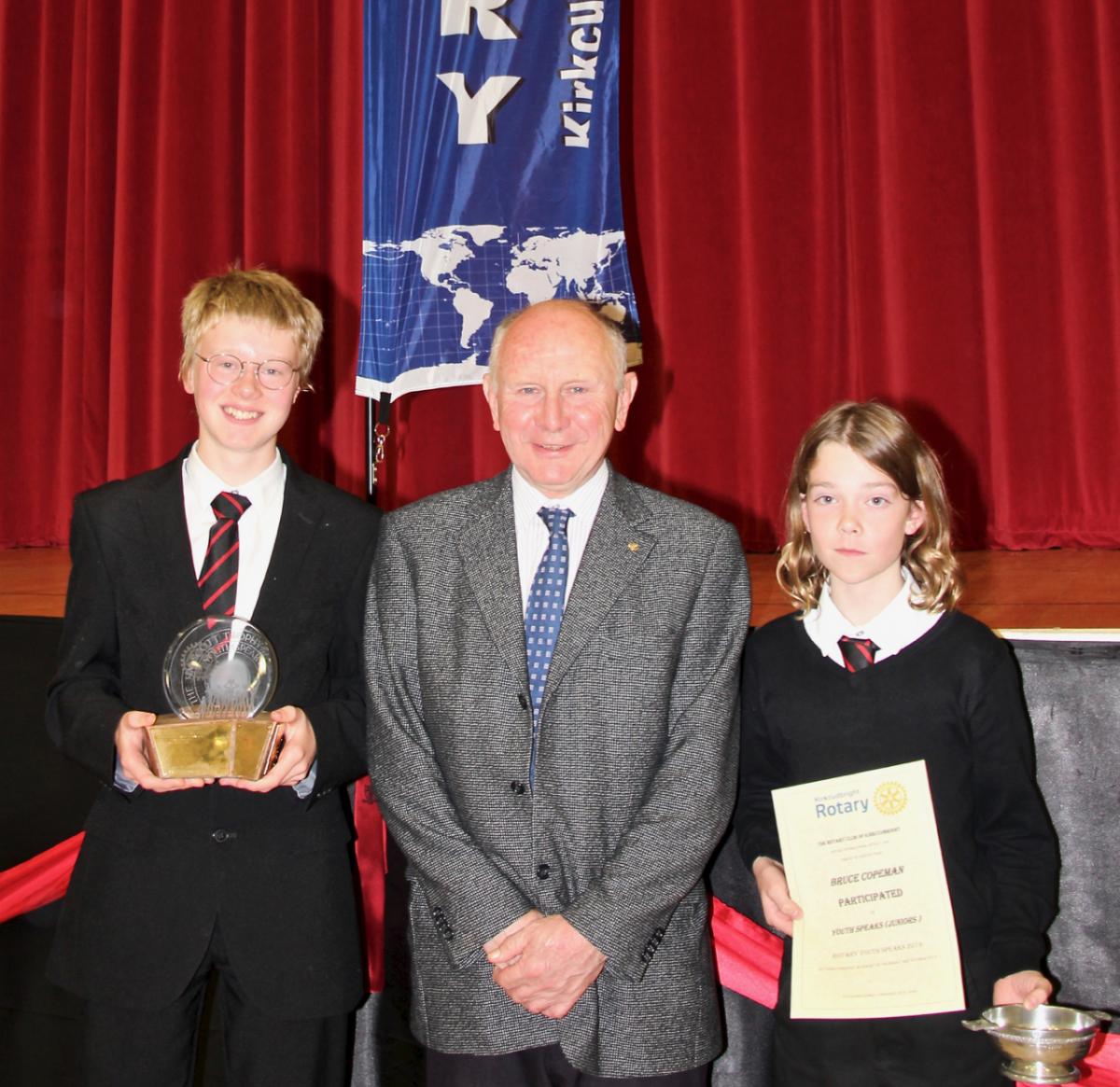 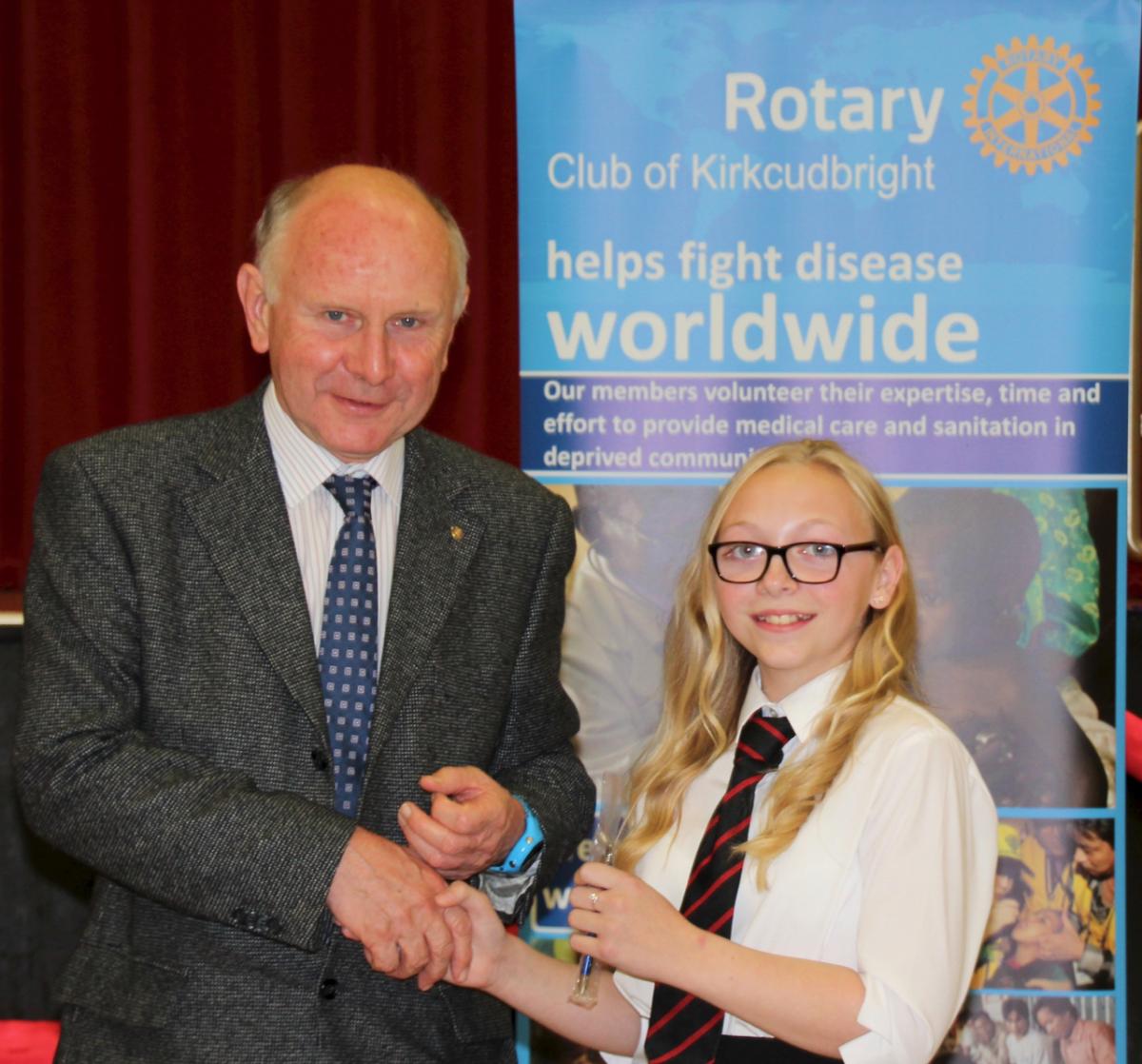 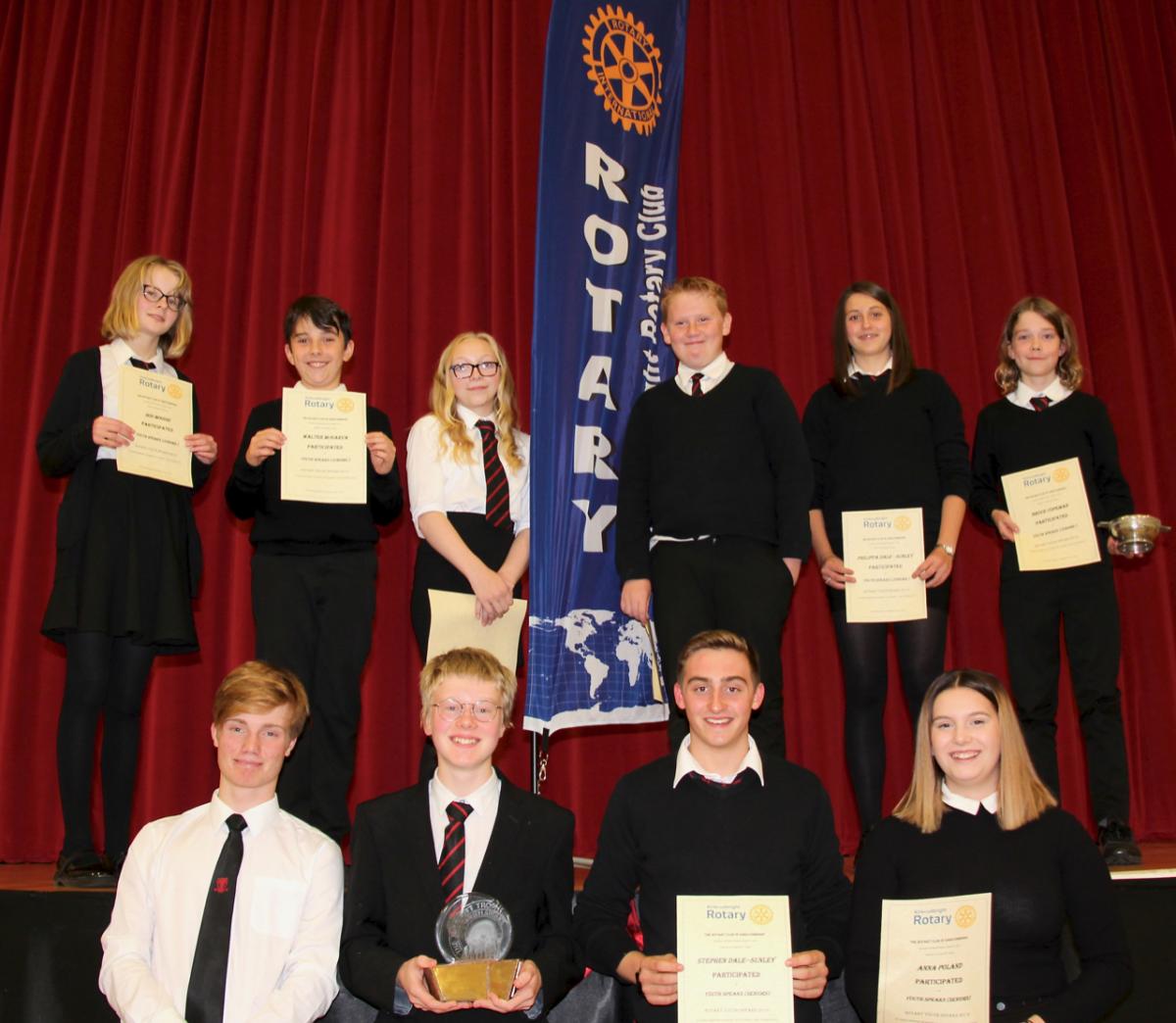 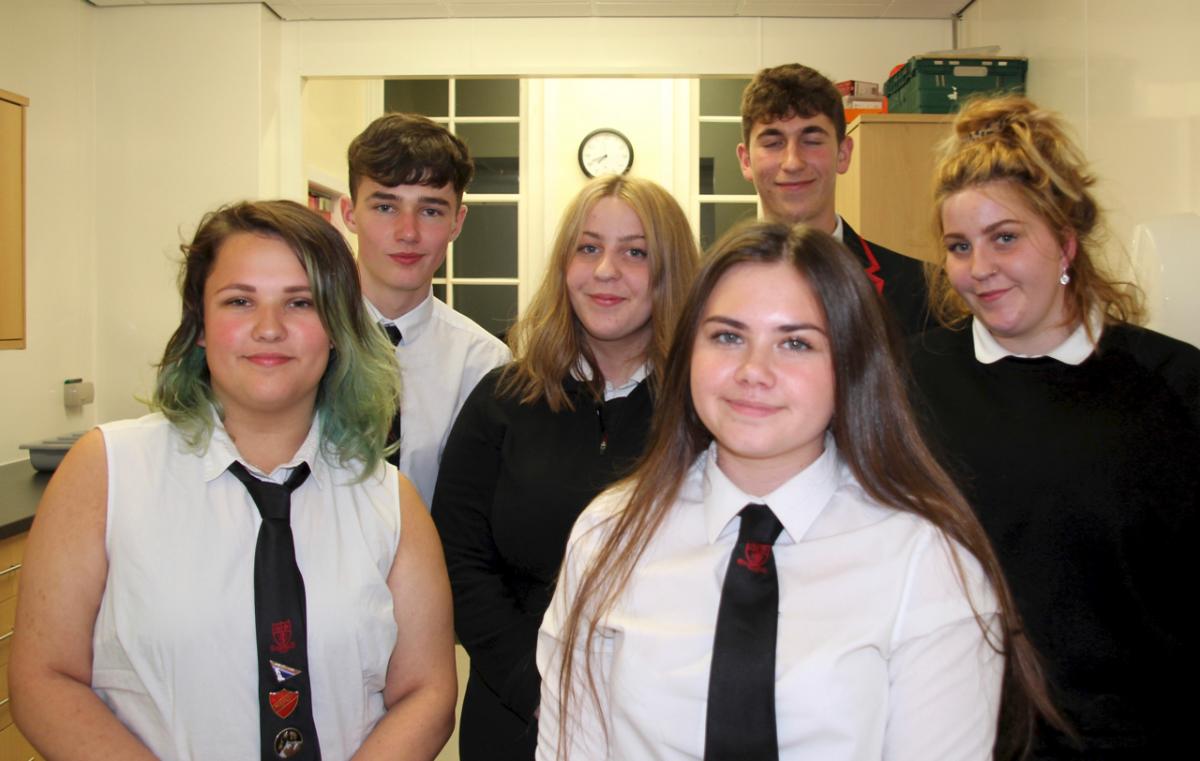 PUPILS HAVE THEIR SAY

The impressive Cochran Hall at Kirkcudbright Academy was recently the setting for the Rotary Club of Kirkcudbright’s annual Youth Speaks Competition.  An attentive audience were informed and entertained on the presentation of interesting and amusing talks by the ten pupils who participated.

The topics chosen by the six pupils from the junior S.1 to S.3 age group ranged from Netball, Motor Neuron Disease to Sailing, whereas the four seniors, drawn from S.4 to S.6, chose subjects including Collective Nouns and ‘Why I want to join the RNLI’.  All of the participants ably met the requirements of engaging with the audience whilst demonstrating their knowledge and enthusiasm.  Some of the pupils chose issues of modern life about which they felt strongly, whilst others covered personal interests and hobbies.

Facing a difficult challenge, the panel of three judges, once again representing the Academy, the Community and the Rotary Club itself, comprised Ms Jackson of the school’s Department of English, local businessman, Andy Campbell, and Rotarian, Richard Haslam-Jones.  Skilfully discharging their duty, the judges awarded 1st place in the junior section to Bruce Copeman, with Phillipa Dale-Sunley being placed 2nd and Iris Moodie 3rd.  The winner from the seniors was Max Wright with Stephen Dale-Sunley being placed 2nd.  Ruby Patterson, from the juniors, was recognised by the judges as the ‘Most Promising’ speaker.

MC for the evening, Rotarian Gavin Scott, praised the promotion of the event by Ms MacDougall, the Academy’s Principal Teacher of English, Social Sciences & Languages, and commented upon her valuable assistance with the arrangements.  Paul and Mary Tebay were also thanked in recognition of their having attended the Academy prior to the competition to listen to the pupils and in providing guidance.

At the close of the evening the applause from the audience clearly demonstrated their having enjoyed all that the pupils had to say and noting the confidence of the delivery of the talks.

The winners of both sections of the competition are soon to deliver their talks at a meeting of the Rotary Club of Kirkcudbright.