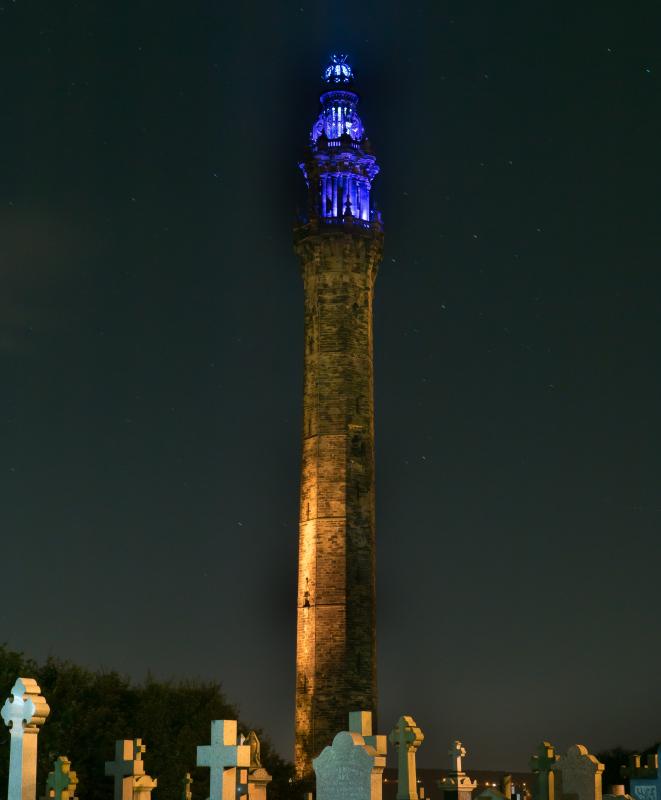 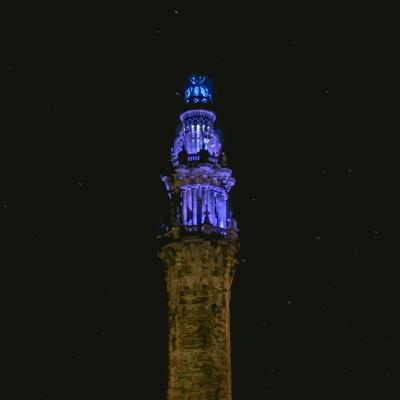 World Polio Eradication Day is October 24th  and The Rotary Club of Halifax Calder in partnership with Calderdale Council is turning Wainhouse Tower  ‘Purple 4 Polio’ from Friday 18th October until Monday 28th October.
Rotary International became involved in the eradication campaign in 1985. 1,000 children a day were contracting the crippling and sometimes killer disease. In 2019 there are only two countries left with endemic polio outbreaks – Pakistan and Afghanistan - and the outbreaks have been reduced to around 30 individuals.
Since 1985, Rotary clubs have been involved in raising more than $1.7 billion US in essential funds to deliver vaccines, as well as countless hours conducting mass Polio Immunisation Days in more than 122 countries and raising awareness of the disease. They have been joined in this by the World Heath Organisation, UNICIF, national governments and the Bill and Melinda Gates (Microsoft) Foundation – who have all given massive matching grants to Rotary to assist and enhance the campaign.
Earlier this year, it was announced that Africa had been declared ‘polio free’ following a three-year respite in Nigeria.
However, the work does not end here. Despite there only being a handful of cases left in the world, continued campaigning, health worker training and vaccination programmes are essential to stop the disease returning and ensuring the world is certified polio-free. Failure to eradicate polio could result in as many as 200,000 new cases worldwide every year within a decade.
The members of The Rotary Club of Halifax Calder are pleased to be joining fellow Rotarians across Yorkshire and North Lincolnshire 1040 District ‘Painting their towns Purple’ through a number of spectacular light shows and exhibitions that tell the story of Rotary’s pledge to ‘Save the children of the world by eradicating Polio’.
We will continue together with Rotarians worldwide to be key players in the programme including fundraising, advocacy, planting purple crocus’ bulbs and ‘Painting Our Town Purple’.