Santa, and some Rotarian helpers, will tour Wishaw spreading Christmas Spirit and raising funds for various charities. Details of route and stopping places are given below 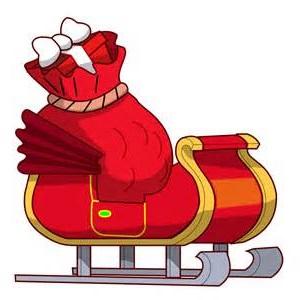 Once Santa start moving this map will clear and you will see his progress as he makes his way aling his route. See below for his stops.

Santa will be at our start point,

Travelling on Coltness Road and

North Kilmeny Crescent to Stop No. 1

Santa will be at Newark Drive lock ups from

Stobo Street to Stop No. 2

Santa will be at Greenlaw Avenue lock ups from

Waverley Drive and Dryburgh Road to Stop No. 3

Santa will be at Melrose Crescent

(opposite the swing park) from

This evening Santa was assisted by seven Rotarian “little helpers”. We were overwhelmed by the, approxiamtely, 200 youngsters waiting for Santa at our first stop! While this was marvellous, it led to Santa's journey being delayed and our apologies to everyone who had to wait, in the cold, for him. Once again, Santa handed out sweets and lots of photographs were taken with him on his sleigh. A fantastic, £180.00 was raised for local charities.

With the addition of funds already raised, the Rotarians donated £500.00 each to St Andrew’s Hospice and Lanarkshire Cancer Care Trust.

Out thanks to the communities in Motherwell and Wishaw for their fantastic support.