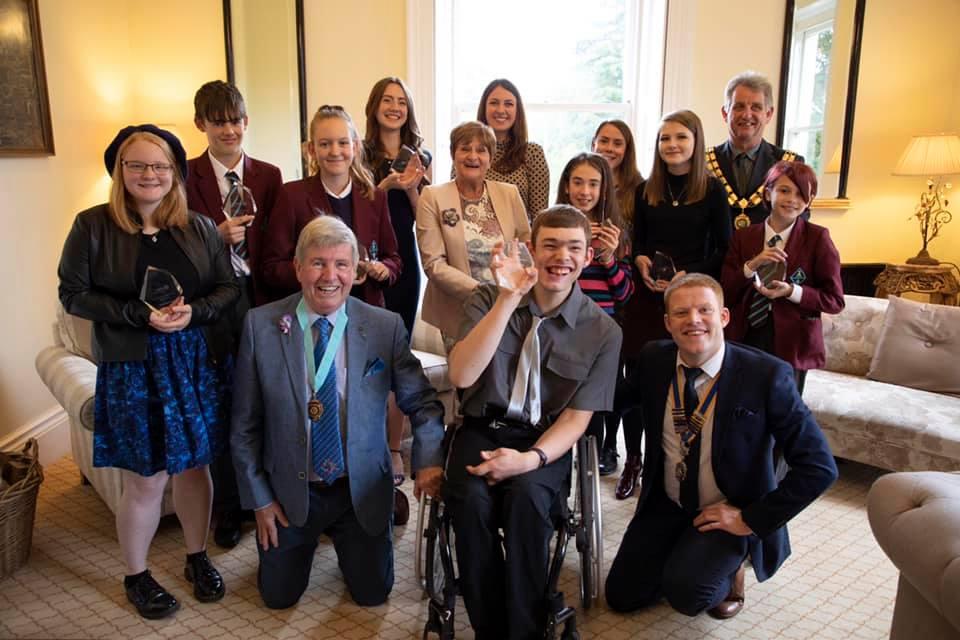 President Dan Booth started the proceedings by welcome everybody before inviting the hotel staff to serve the luncheon and there was a continual buzz of conversation as experiences and anecdotes were exchanged. Presently, the time arrived for the Presentations with M/c Nick Blurton inviting the representative from the school to tell the assembled company why they had chosen to put their pupil forward for an award.

We heard stories of the courage and perseverance shown facing various medical problems both physical and mental and the fortitude in dealing with family trauma; the speakers, the families and the audience were all visibly affected during the relating of these stories (full details can be found in the Programme).

The eight young people, listed below, were then presented with their Certificate and engraved glass tablet by a previous guest visitor, BBC Weather Presenter Lucy Martin accompanied this time by Heidi Booth, roving reporter for the BBC Radio Derby Breakfast Show.

Lucy Martin and Heidi Booth then took the opportunity to congratulate all the recipients on receiving this public recognition for all the pain and suffering that they and their families and friends had been through. This message was reinforced in turn by Councillor Simon Mallet, Mayor of Belper and Rotary District Governor, David Hood.

Bringing the proceedings to a close, President Dan thanked everybody who had a part to play in the day’s proceeding, with special thanks to Gail Ashley who had worked so hard over the last few months to make the afternoon such a success.