Stephen Shearing - My life and times 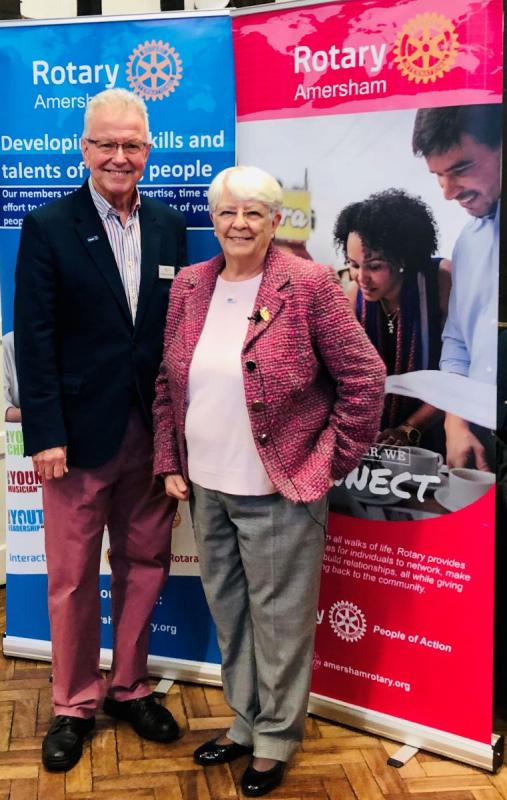 Our own Rotary members have a long time reputation for producing excellent talks at our lunch meetings and today was no exception when new member Stephen Shearing recounted his very full life of sport, travel, work and of course family.

Born above Woodley and Hart in Amersham, Stephen moved away with his family at the age of 3 finally returning to Amersham at the age of 37. In 1970 he married Rita and they have two very successful daughters and two grandchildren.

Stephen’s career in marketing started with Cadbury Schweppes and worked with many other major brands including Sara Lee and Scholl. Upon retirement Stephen looked around for something to occupy his time and decided to take the exams to become a Blue Badge guide. He recounted his most memorable two days when he acted as guide for Steve Wozniak, who designed and built the first Apple computer and co-founded the Apple corporation. Stephen has travelled widely both during his working career and on holiday visiting over 40 countries including Ethiopia and Egypt where he climbed to the summit of one of the pyramids. He has always enjoyed running and considers this as his main sporting interest although he is also a soccer supporter. No doubt Stephen will become a much valued member of our club.