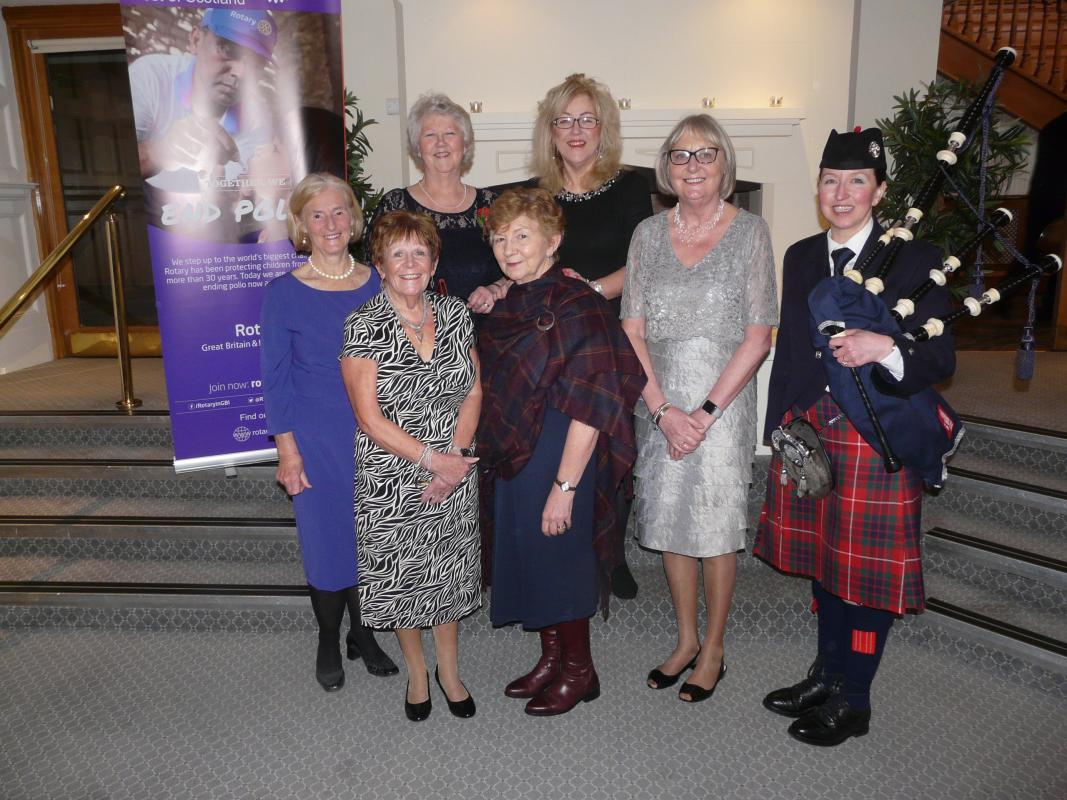 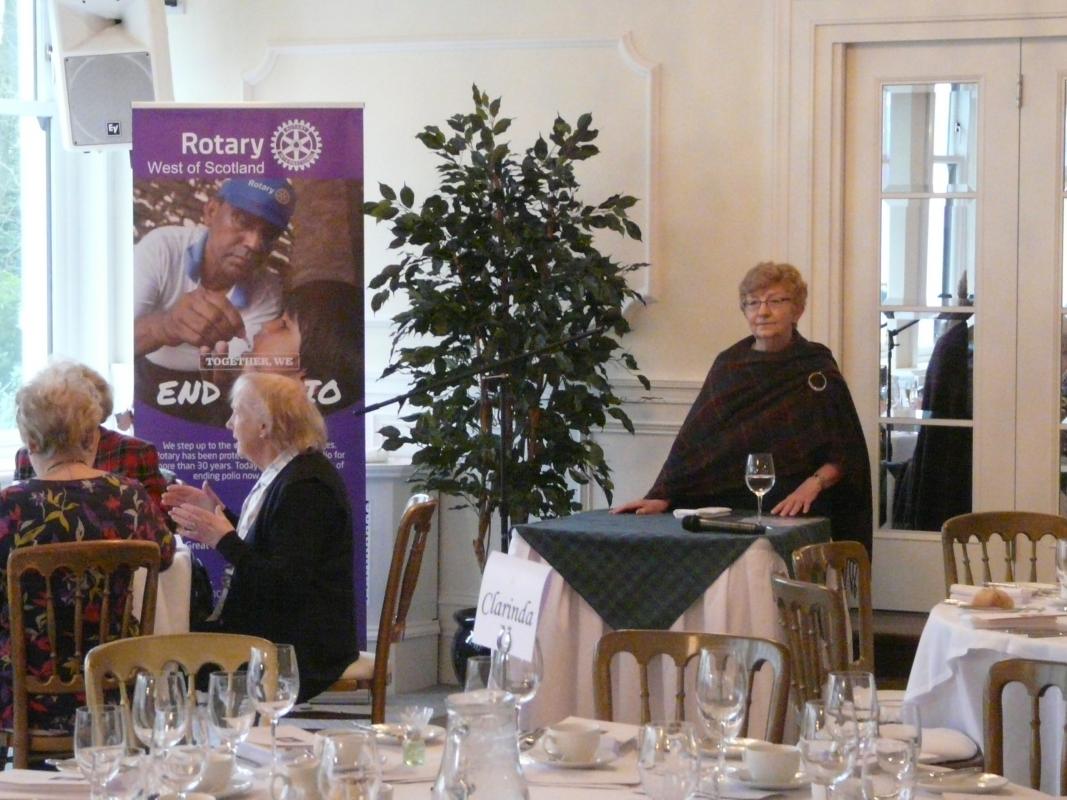 On Monday the 20th January we held our successful Jean Armour Lunch in Highgrove House Hotel and Spa. Eighty five ladies attended. Tracy Harvey recited her own poetry in the Scots tongue and gave an insight into Jean's life. Jean Allardyce piped all guests into the hotel and led the top table to their seats before the haggis was presented. Brenda Scott offered the Address to the Haggis and Liam Baillie accompanied Taylor Foy as she sang three Burns songs and Millie Toal as she entertained us by playing her violin. Liam also played as we enjoyed community singing of well known Burns songs. Jackie Sheikhly gave a hearty vote of thanks to all who had entertained and organised the event.
We raised over $2,000. The Bill and Melinda Gates Foundation will match this donation to End Polio Now by adding $4,000 which means $6,000 will support the fight against polio until it is eradicated. Our sincere thanks go to all who donated prizes, attended and gave cash donations. Your support is most appreciated. https://www.rotarygbi.org/our-causes/end-polio-now/