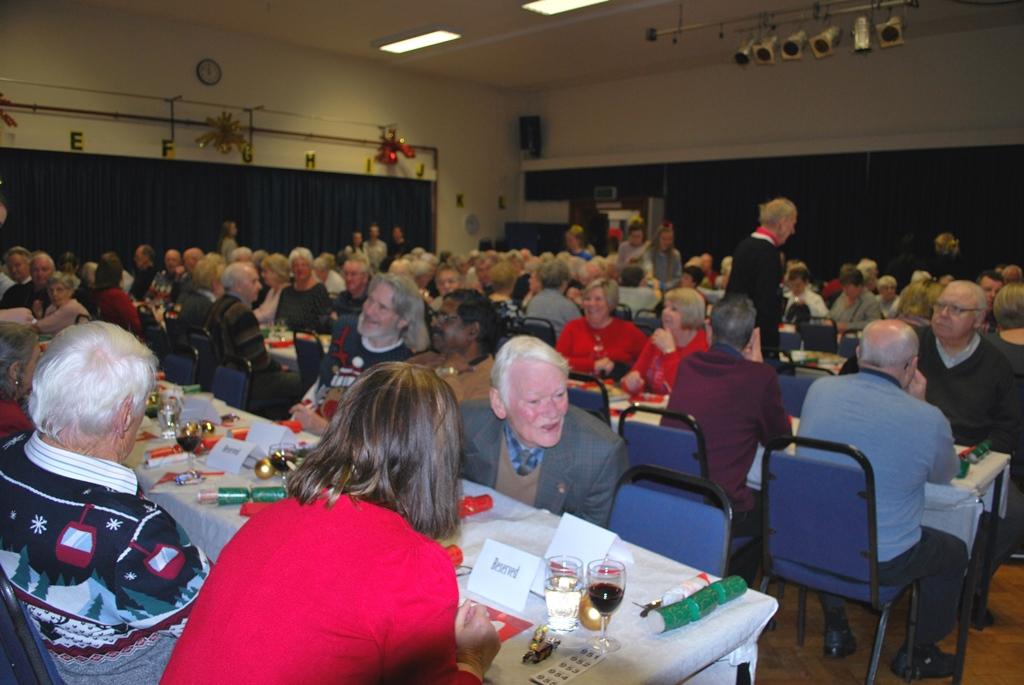 All seated for a super lunch and entertainment 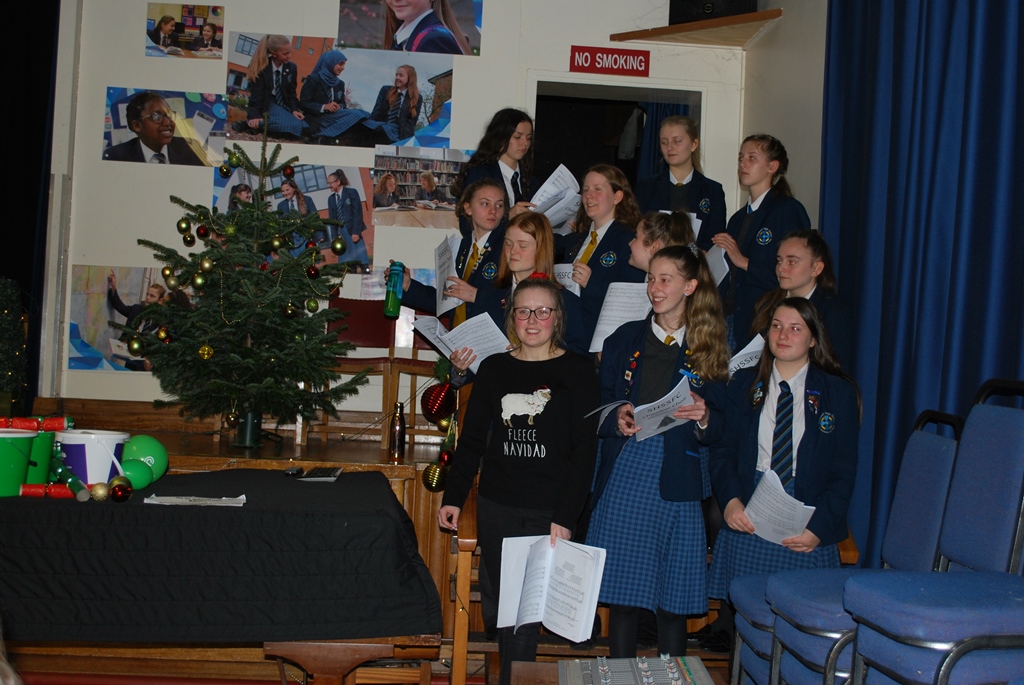 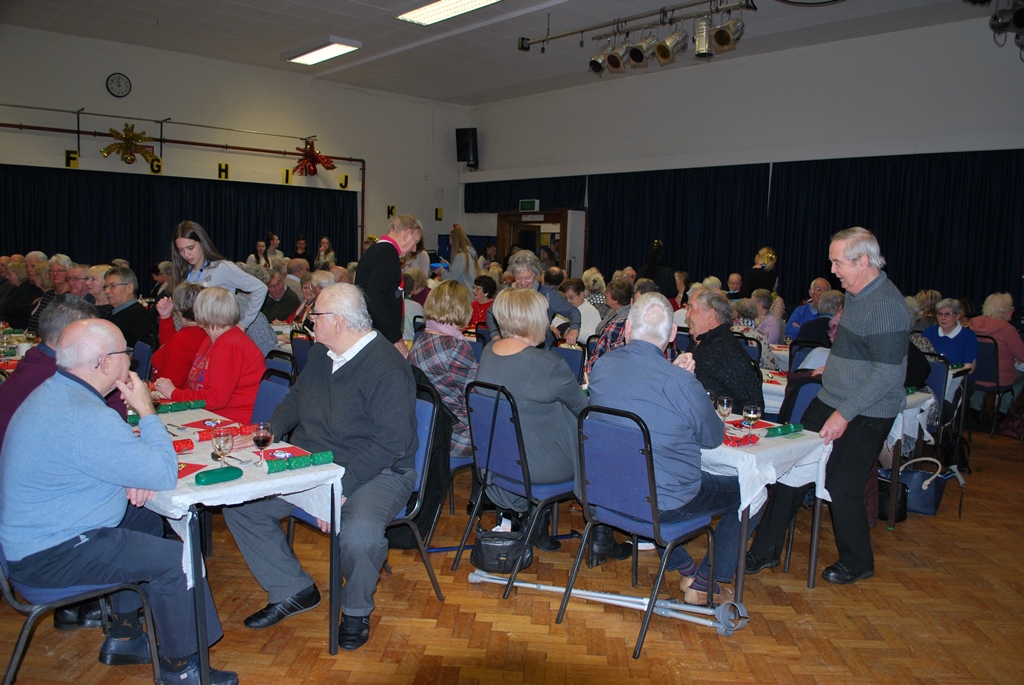 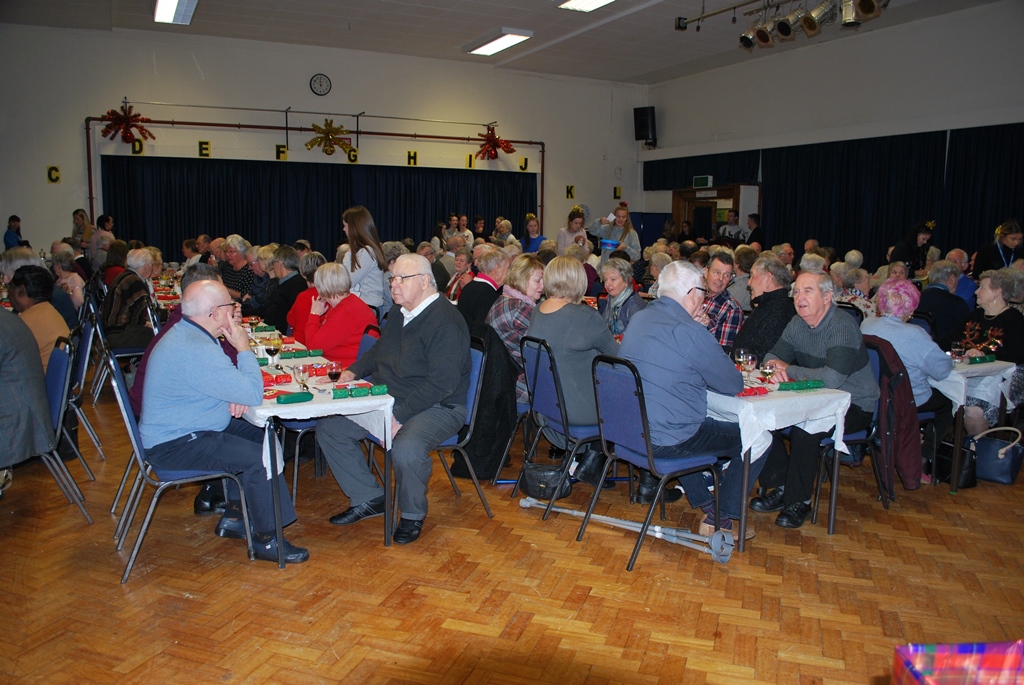 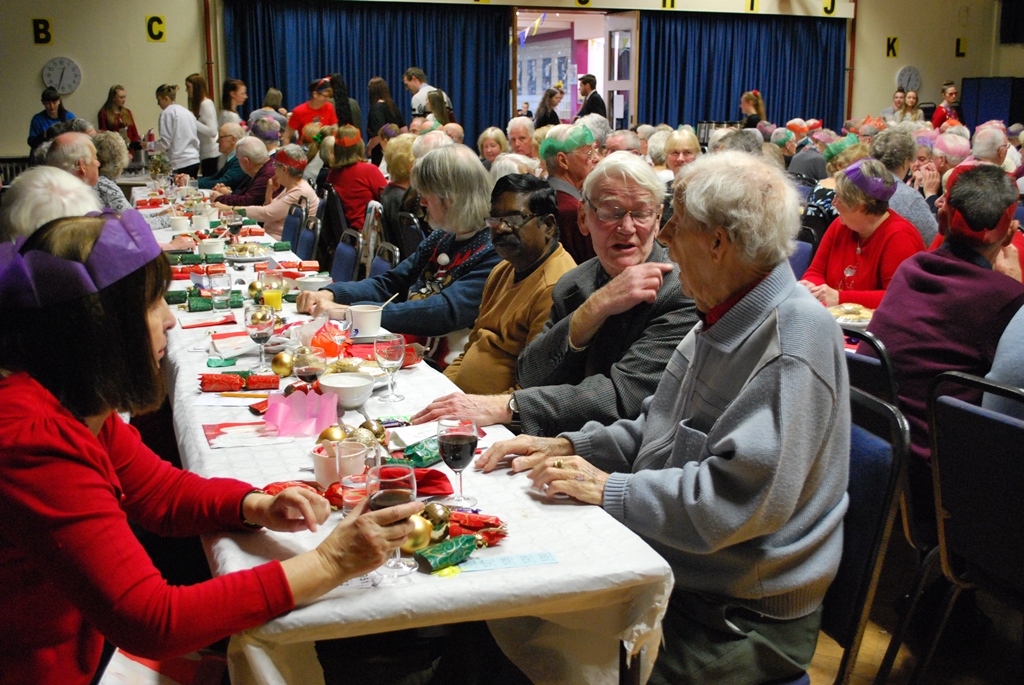 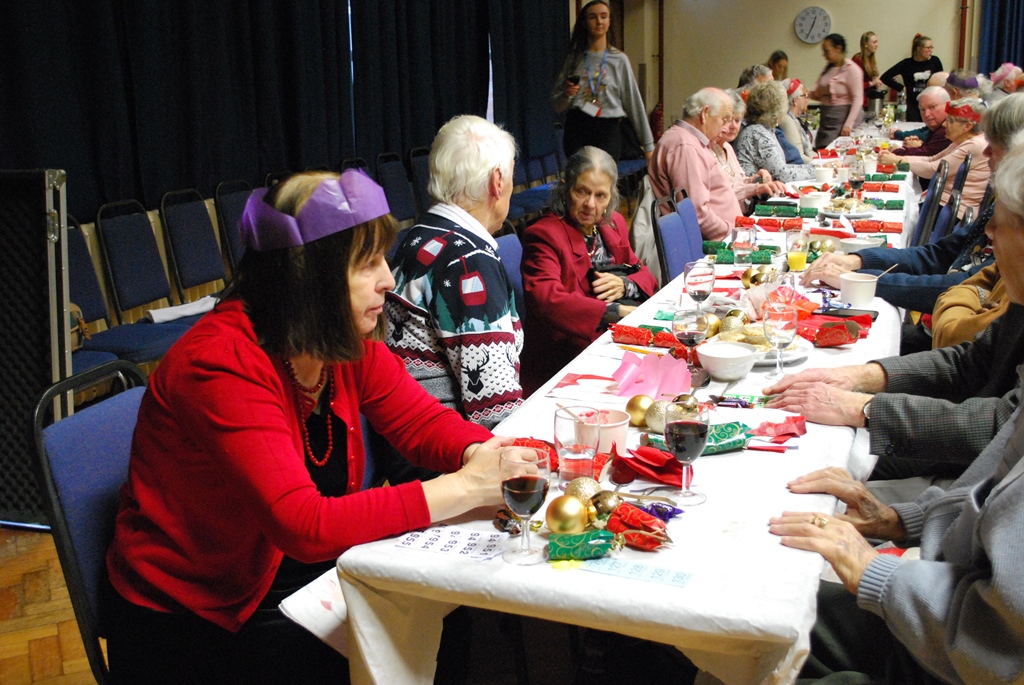 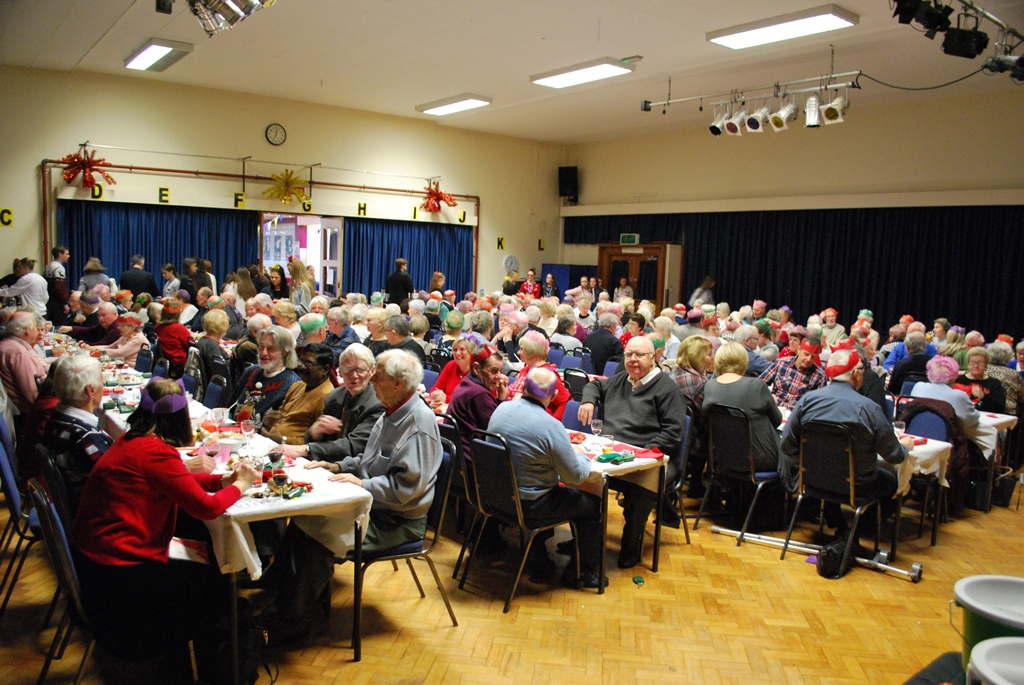 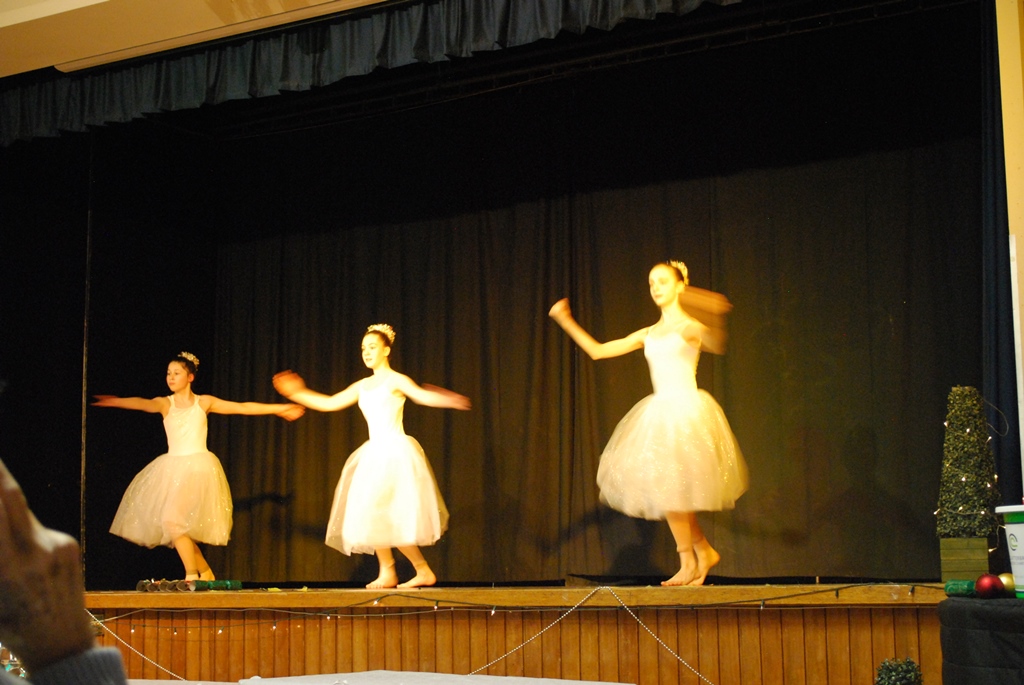 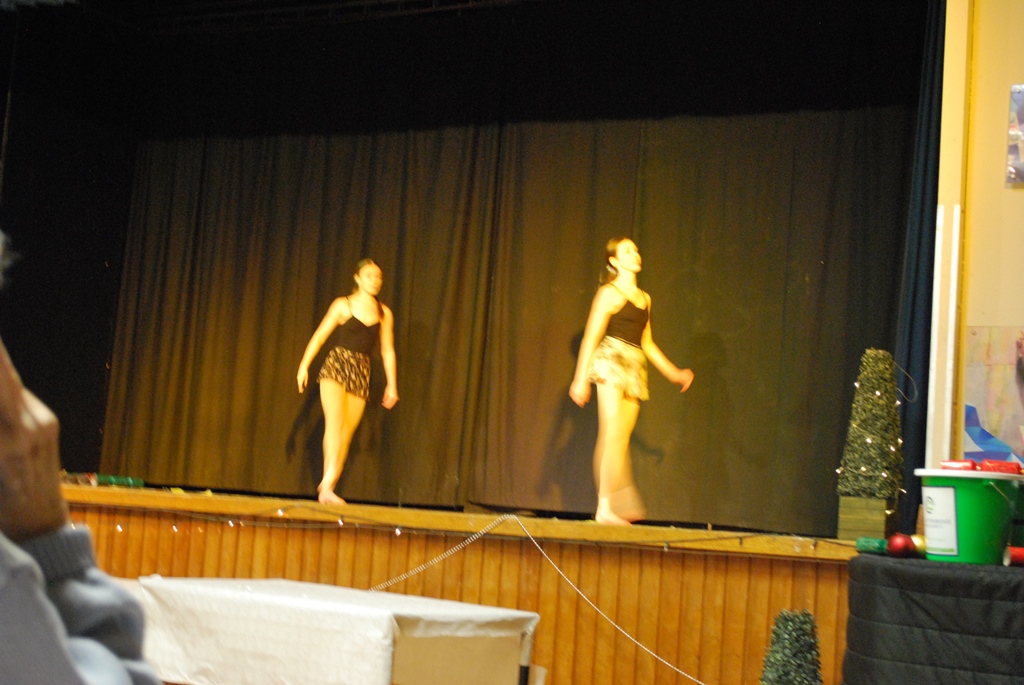 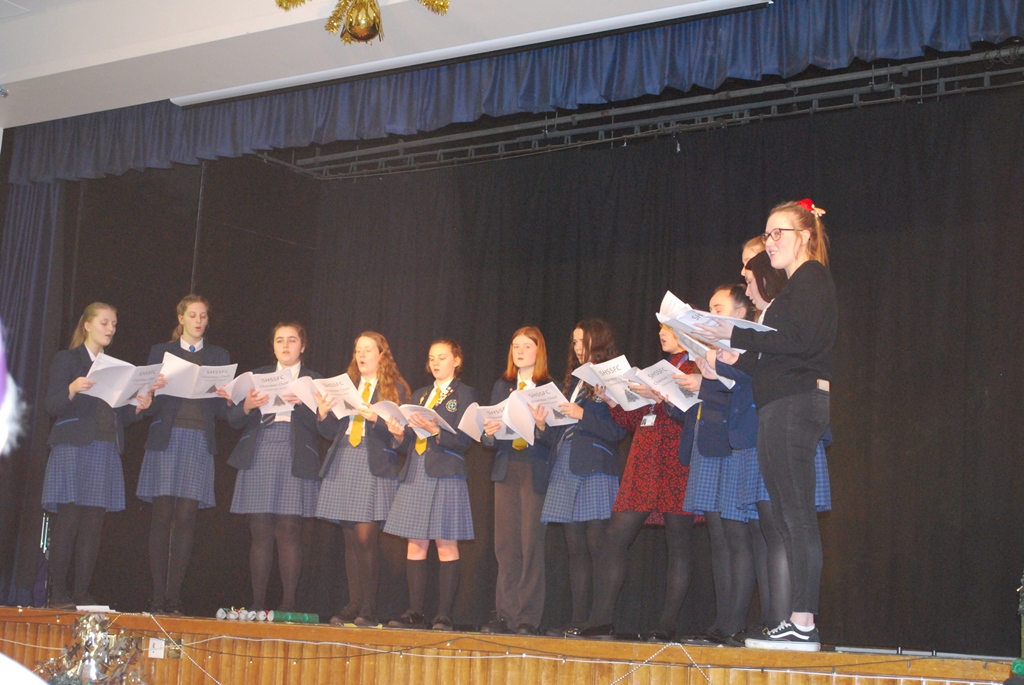 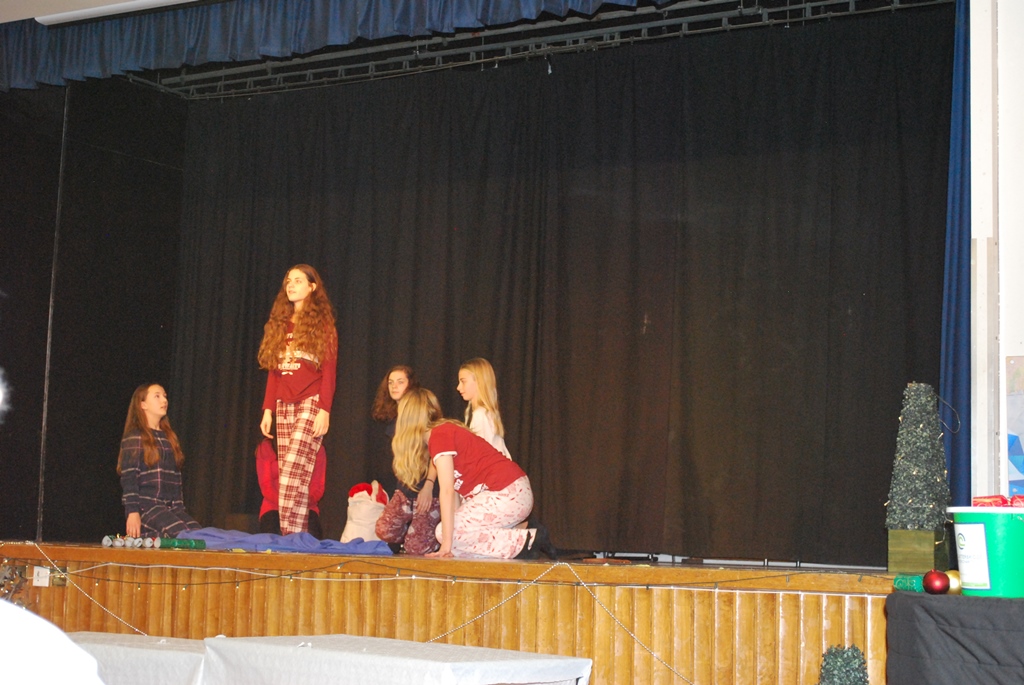 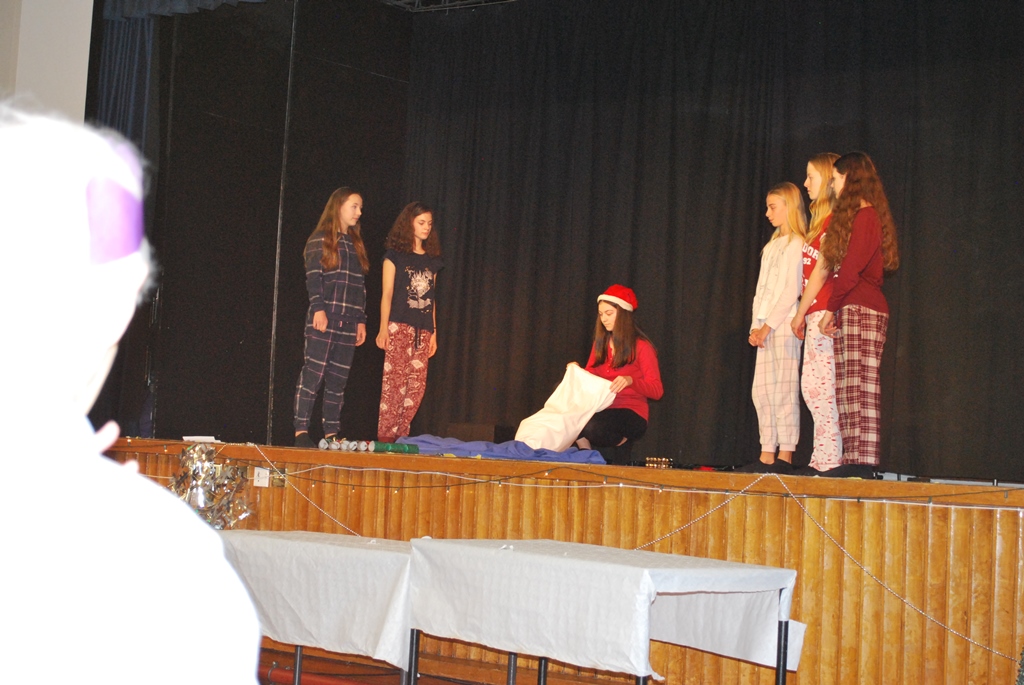 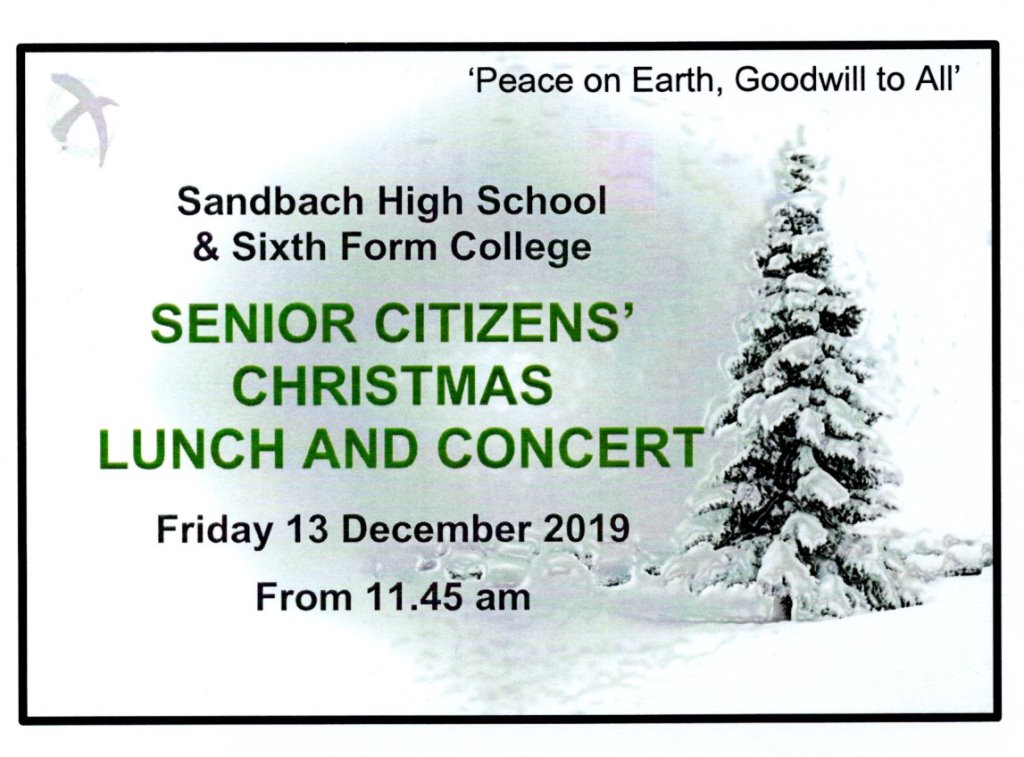 On Friday 13th December a group of 8 of us attended the annual Senior Citizens' lunch (jointly sponsored by our club) at the High School.
On arrival our coats were taken and we were given tickets so they could be retrieved later.  The hall was full, with tables decorated festively including crackers and shiny baubles.  The girls supplied us with glasses of wine, which were regularly topped up! The Christmas meal was plentiful and the vegetarians were also catered for.  Instead of the ubiquitous Christmas pudding I had a large cupcake so passed on the mince pies also offered.  Then we had tea or coffee; there were even chocolates as well!
After the meal the raffle was drawn.  There were a lot of interesting-looking prizes and vouchers, but I won a clock!  Money was being raised for the Clatter Bridge cancer facility and the Stroke Association.
Then the varied entertainment began.  This included an instrumental piece, a choir and some very gymnastic dancing.  The girls appeared to be enjoying themselves in their performances.  Some Christmas songs finished the afternoon off and then coats were efficiently returned to their owners.
Well done teachers and students.
(Rtn. Rosemary Twidale)