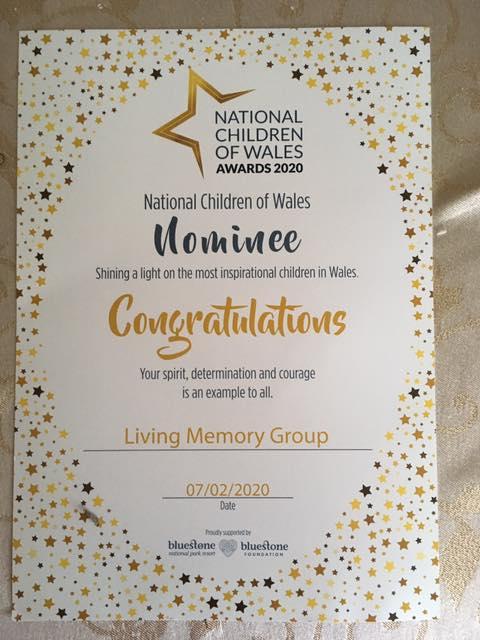 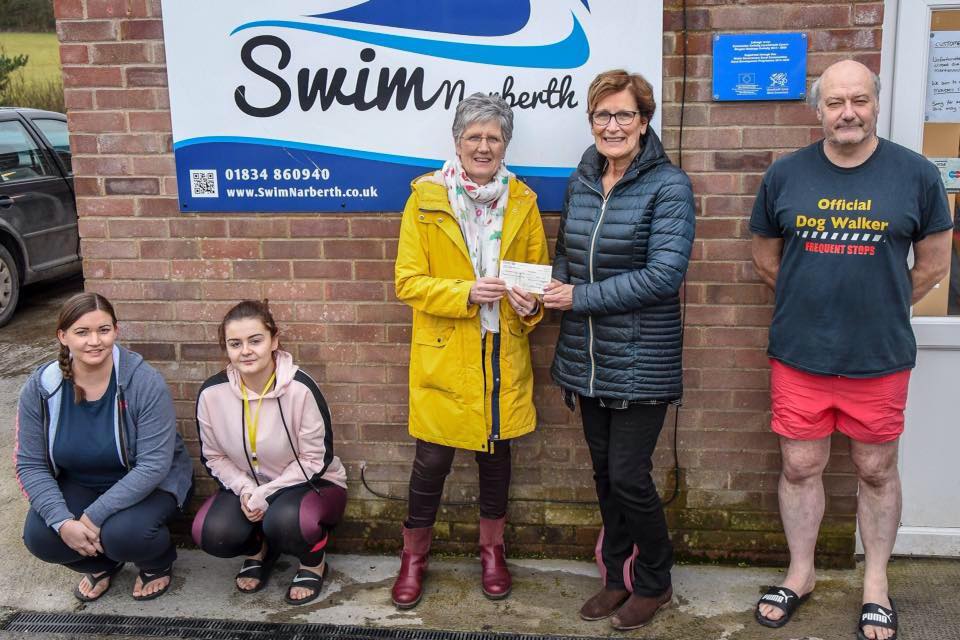 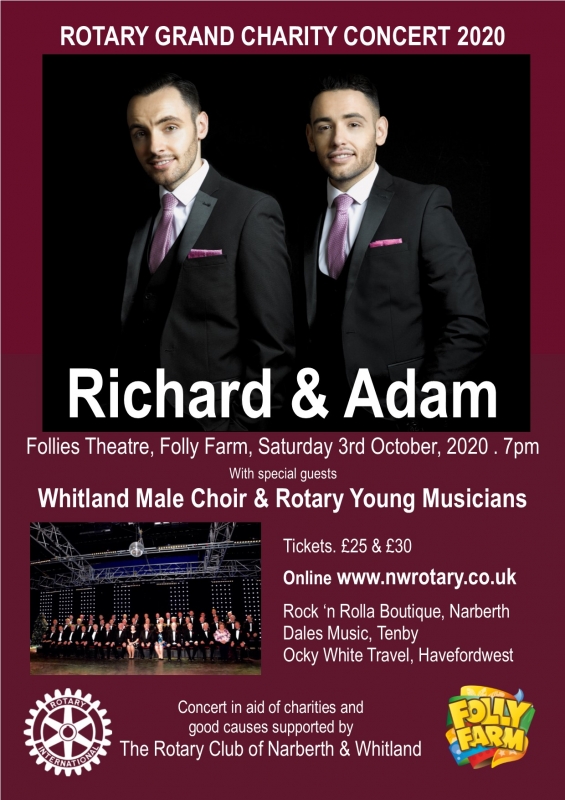 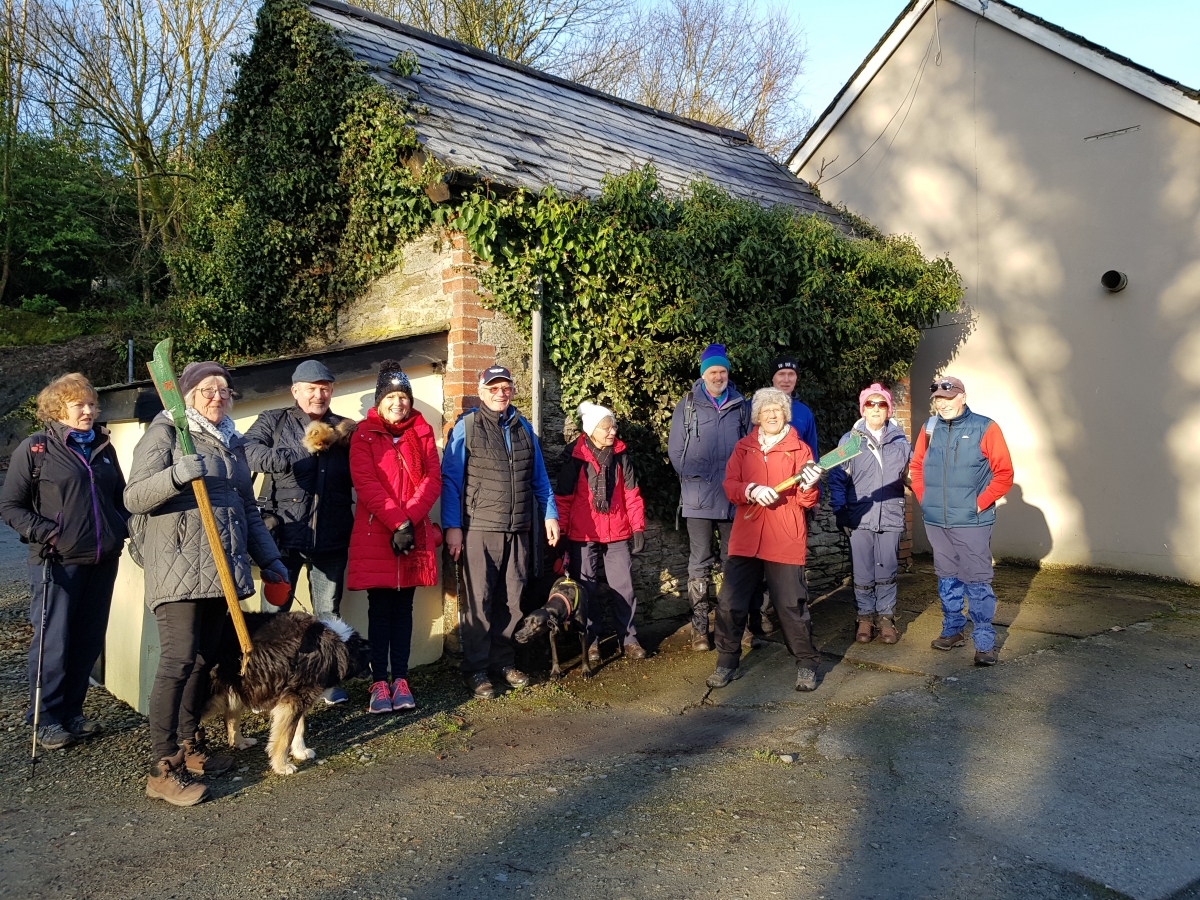 Another busy year started for Rotary

The Narberth & Whitland Rotary members have returned to their social and community activities in January after two weeks off for the Christmas Holidays.

In January Rotarian David Haward organised a social ramble in the North of the County. He had 13 members and partners plus 4 dogs on the walk with another 2 guests (people, not dogs) joining in for a very pleasant lunch at The Nag’s head Inn, Abercych, Boncath.

The route was around 5 miles in lovely Winter Sunshine.  Two members brought jungle cutting tools with them to pull David’s leg. His last walk ended up in almost impenetrable vegetation in woodland. This time the event was on easily navigable paths!!

At the end of January the second rounds of both Youth Speaks and Young Musician took place in Narberth. Both evenings were very entertaining and Dyffryn Taf are through to the next round of Youth Speaks also two of the Young Musician winners from Ysgol y Preseli triumphed in Round 2 to go through for Round 3.  President Elaine Bradbury said “Well done to all competitors”.

Both of the next rounds will be held at Islwyn High School in Blackwood..

An evening of inter-club fellowship was enjoyed by the members of Pembroke Rotary joining Narberth & Whitland for a bowling match at Milford Haven.

The Rotary members were pleased to receive news this week about the Living Memory Group which Narberth & Whitland helped to set up . Rotarian Mary Adams Chair of the LMG said“ We had a really nice surprise in the post this week. Three years after our inception we get recognised as an Inspirational Charity”. Thanks to the Bluestone Foundation -  The LMG has been nominated for an award. This means so much to the charity which meets every 1st and 3rd Thursday in the month at Narberth RFC in the warm comfortable lounge where non-alcoholic refreshments are served with biscuits and cakes.

Mary added  “ The Intergenerational socialization between Narberth Primary School and ourselves has truly been amazing. It’s brilliant to be recognised as an ‘outstanding and inspirational charity’ at the National Children of Wales Awards”.

Rotarian John Hughes has also been busy organising the Autumn Concert at Folly Farm. The Rotary Club of Narberth & Whitland are delighted to confirm that top Welsh classical crossover singers Richard and Adam are going to headline their annual grand charity concert this autumn.
The concert to held at the Follies Theatre, Folly Farm, on Saturday the 3rd October 2020 will also feature Whitland Male Choir and the winners of the Rotary Pembrokeshire Young Musician Competition.

Welsh brothers Richard and Adam first burst onto the nation’s TV screens on Britain’s Got Talent, making it to the final in 2013 performing their classical crossover version of ‘The Impossible Dream’. The show established them as two of the greatest vocalists singing opera in this country.

Tickets for the concert ( priced £25 and £30), which are sure to be in great demand are now on sale and can be bought online at www.nwrotary.co.uk  and also for cash at local outlets,
Dales Music Shop, Tenby;
Rock ‘n Rolla Boutique, Narberth
and Ocky White Travel, Bridge Street, Haverfordwest.