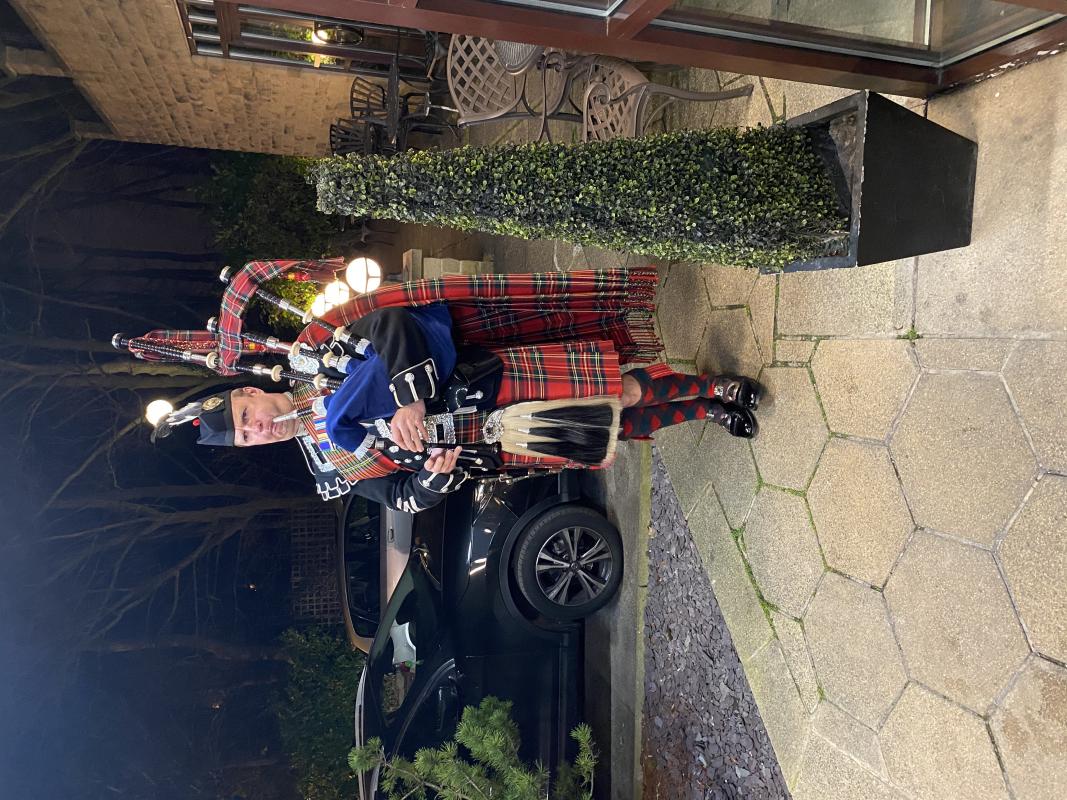 Wakefield Chantry continued their tradition of holding a Burns’ Night whilst this year combining it with Moray Bisset’s President Evening. As well as the usual programme we were entertained by Ruth Strydom and the Ladies Choir who sang a medley of Scottish songs.

The Selkirk Grace was given by President Moray, followed by a Yorkshire translation by Rtn Ray Spencer. The Haggis was then piped in by Piper Mark McRae who had earlier welcomed the guests by playing on their arrival. The Address to the Haggis was given by Rtn Norman Howe and an Immortal Memory given by Moray Bisset.

The evening was rounded off with the guests partaking in some traditional Scottish dancing followed by a disco.