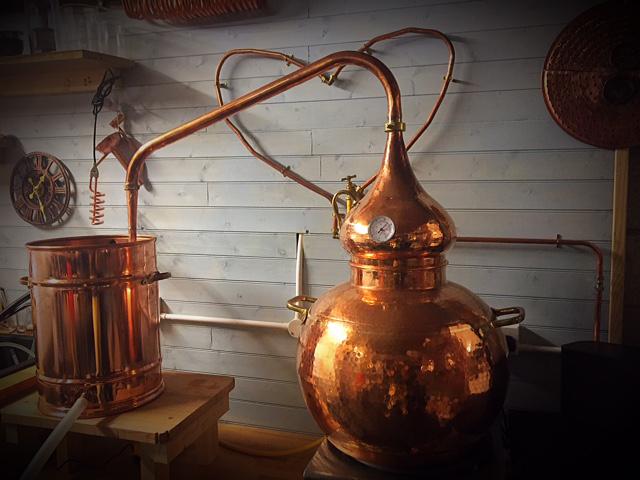 Herbert Charters The History of Gin
No-one can logically question why gin is today’s iconic drink. It has history, intrigue and technological innovation. Gin’s core ingredient, juniper has been combined with alcohol since 70AD. First by Italian Benedictine Monks who infused tonic wine with juniper berries in their compendium to combat chest ailments - eat your heart out Boots the Chemists -  and that unique branding was picked up by the Dutch in the 16th Century. They produced a spirit called ‘genever’, again a ‘medicinal’ liquid in name, but with society-changing properties. By 1700 it had taken on a new form. My take is that the British were just too drunk to pronounce genever and shortened it to gen which was quickly anglicised to Gin. In the late 1700s a pint of gin was cheaper than a pint of beer - sounds like a dream come true  - sure. But it looked more like an infested liquid as apposed to an infused drink. However, a combination of the country’s social problems and a cheap fix on a Saturday night lead to its overuse in a big way. People either went completely insane or just died. Something had to be done. Two factors influenced events * The 1751 Gin Act cracked down on consumption and a modification in its production restored sanity and in came the ‘holy grail in a bottle’ courtesy of a French born Irishman. * Gin’s rise to fame was also by courtesy of the British Navy who enjoyed its properties to ward off malaria taken with quinine. A socially pleasant double whammy. Things really calmed down throughout the latter half of the 20th century  - gin consumption was not as mania-inducing and developed as a cult/cocktail and became the legend that it is today. I suppose the Rotary gin story began in 1986 when we promised the children of the world that we would eradicate polio - and we are two countries away from that achievement. Points of interest * Chance meeting in 2018 with chemist Sara Dewhurst of Sandgrown Spirits . * The question can we produce purple gin? * The Gin Team perfected the taste, texture and gave birth to a unique gin identity. * Made from 96% vodka spirit. * Add basic ingredients and fixer. * Botanicals (see production process) * Launched October 2018 to date sold 1700 bottles. * £10,000 given to EPN tripled to £30,000 by Gates Foundation. * Each PPGin sold donates £6.20 to EPN, Taste of Honey £5. * Immunised 175,000 children

The production of Passionately Purple and A Taste of Honey Gin

The gin was born in an Alembic Still, made in Portugal, fondly known by its owner Sara Dewhurst of Sandgrown Spirits as ‘Elsie’. It is a working still used now in development and is a smaller replica of Edith - the still in which the “Rotary” gin family is produced today.

All gin is made with 96% vodka spirit which is put into the bulbous part of the still. To this is added the basic ingredients for all gins — juniper berries, coriander, citrus notes (dried bitter orange, fresh orange and satsuma) and angelica to ‘fix’ the flavour.

The botanicals — blueberries, blackberries and rowan berries — which give this gin its unique identity, are added and the spirit is reduced to 60% proof with the addition of purified water.

We now have a London Dry Gin.

To this is added Butterfly Pea Flowers which give the purple gin its colour and more pure water and it is left to sit for 4 to 5 days.

Ten botanicals including liquorice, lime and pink peppercorns and the Salford sourced honey, from Worsley, give it the colour and slightly sweet taste.

Health and Ecological notes
There are no artificial colours or sweeteners used in the production.

No plastic is used for packaging - only paper - with the exception of the padded protective plastic used for posting and this is recyclable. The distillery is powered by solar energy.

Sara Dewhurst of Sandgrown Spirits
Passionately Purple Gin is now coordinated by Salford with Swinton Rotary Club, and orders can be placed by the interactive form on their website. https://www.rotary-ribi.org/clubs/homepage.php?ClubID=1909 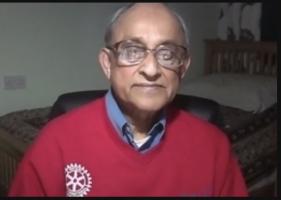 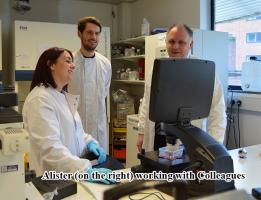 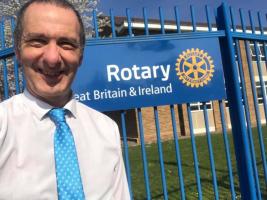 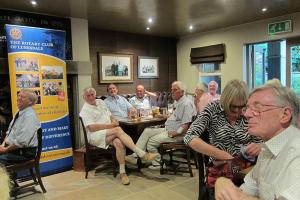 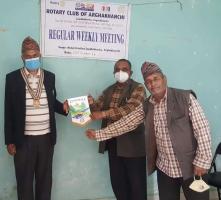