Sandbach High School and Sixth Form College is a supporter of Rise Against Hunger. The students and staff raised a substantial amount for the Meal packing event which we hope can be held some time in summer time in 2021. 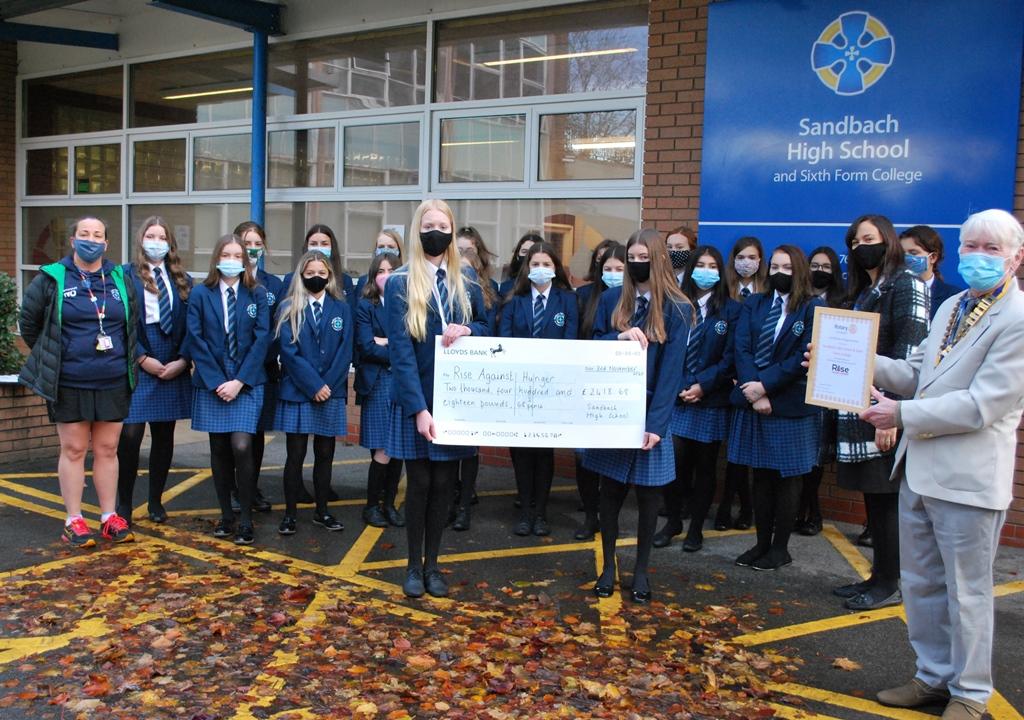 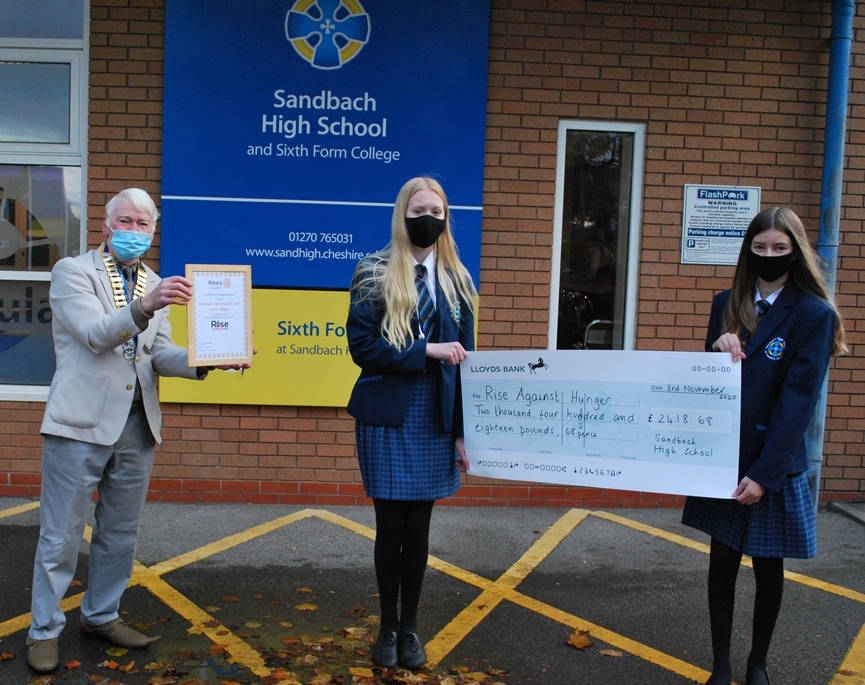 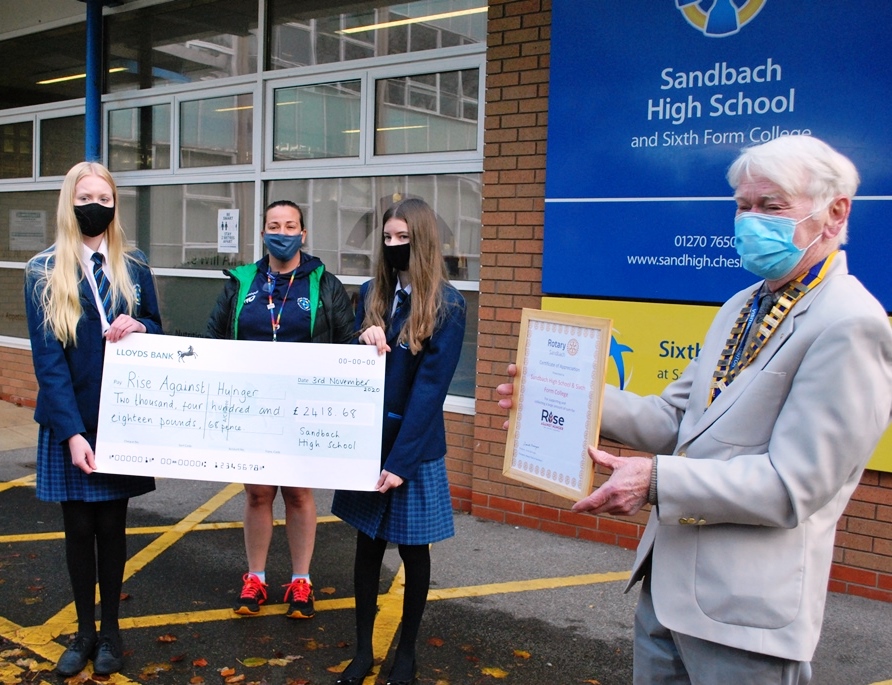 After members of the Club spoke in assemblies at Sandbach High School last year, about Rise Against Hunger and the plan to hold a Meal Pack event, students decided to raise funds themselves.

Each form set a target of £20 and an overall target for the school of £1,000. They baked cakes, ran a popcorn stall and did various other things, as well as direct giving. In the end they raised over £2400 - £1000 of it being raised by one form.

A cheque was handed over to President David Barringer at the school on 3rd November and he presented Certificates of Appreciation. Nicki Oyler, Assistant Head, who had co-ordinated the fundraising said, "Students were really inspired and worked tirelessly to raise as much as possible, far exceeding their targets."

Club correspondent writes about the activities of the club

Rotary Year starts on 1st July and we have a new president from July. President's comments will appear under this main page every month.

This section is about the activities of our Community Group.

Rotary Year starts on 1st July and we have a new president from July. President's comments will appear under this main page every month.

To find out about new members get the drop down menu by clicking on the down arrow by the side of the title and click on each item for details.