This year, two bursary awards were made to Nina Durbidge, who is studying Design for Film and Television, at Nottingham Trent University, and Lucie Allen, who is studying English Language and Linguistics, at Manchester Metropolitan University.

The President of Matlock Rotary Club, Phil Pegg, visited Highfields School on “A” level results day, to confirm that the bursary applicants received the results that they needed to attend their courses and to congratulate them with their success.

Phil Pegg said “It is very rewarding to be helping students at the beginning of their university life.” 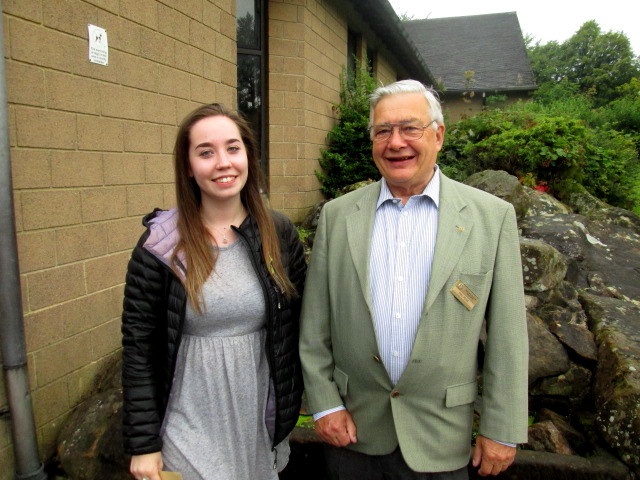