Stories about members and events 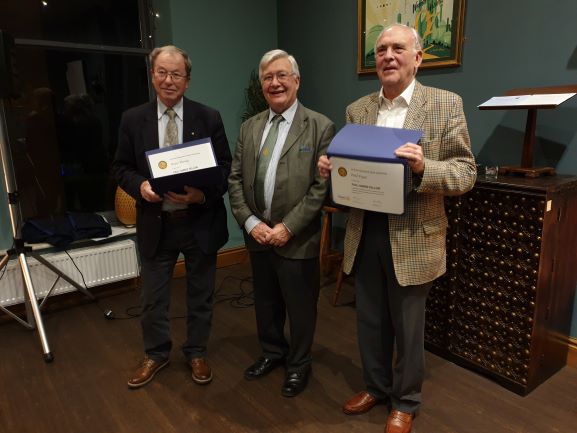 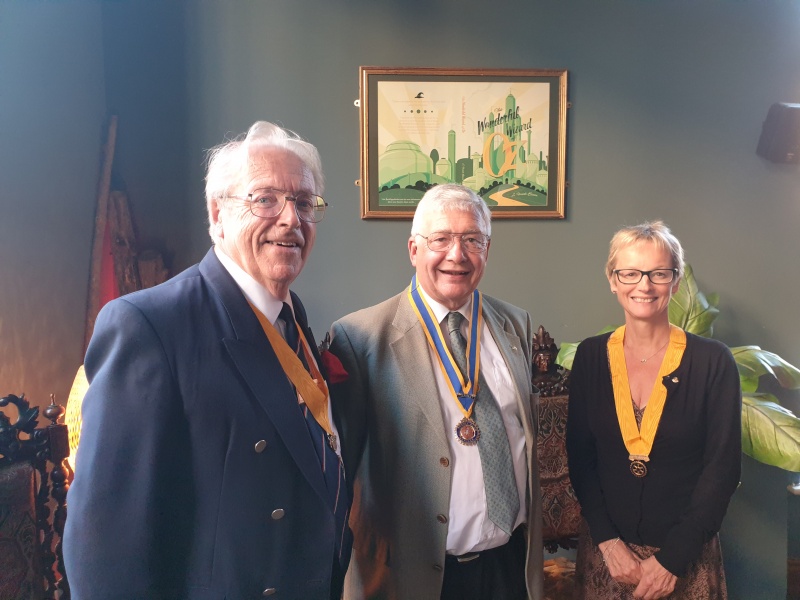 Ian Garritty, of Megdale, Matlock has received an award from Matlock Rotary Club for being a member of the club for an amazing 40 years.

Ian joined Matlock Rotary Club in 1978 when Matlock was a centre for textile manufacturing and limestone quarrying, beer was 43p a pint and petrol cost 76.5p a gallon.

Ian has attended the club regularly over his 40 years of membership and was President of the club in 1992. 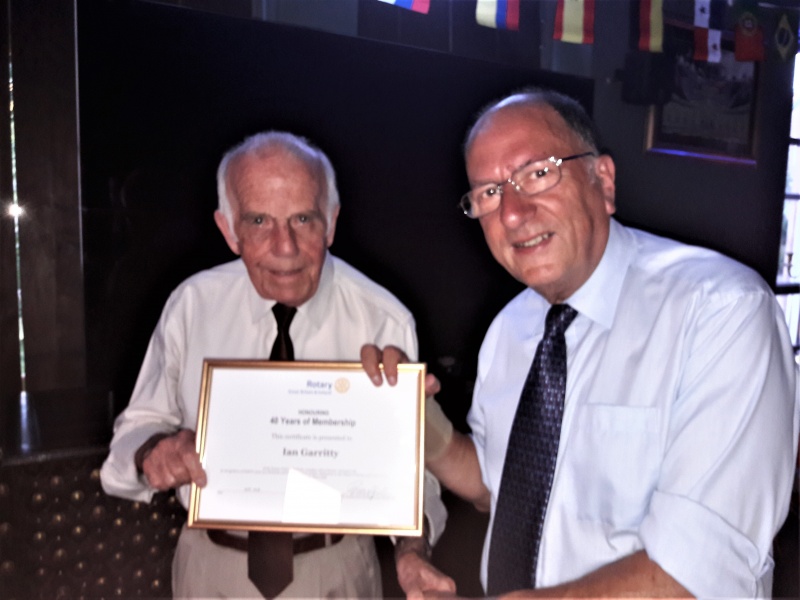 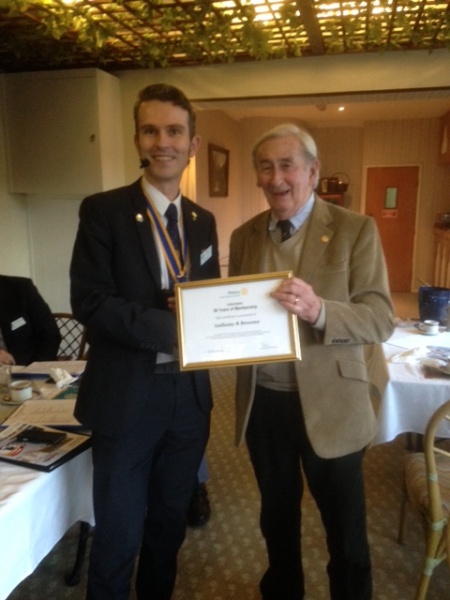 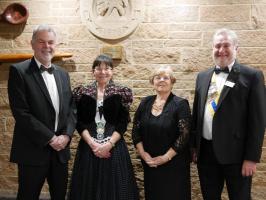