‘Pic’ and mix again at The Salts

IT WAS nice to ‘pic’ and mix again at The Salts. And yet despite a certain amount of shivering and even a little full-size cowering from a brisk sea-breeze , the Seaford Rotary Picnic there on Friday 28th May was undoubtedly an outstanding success. 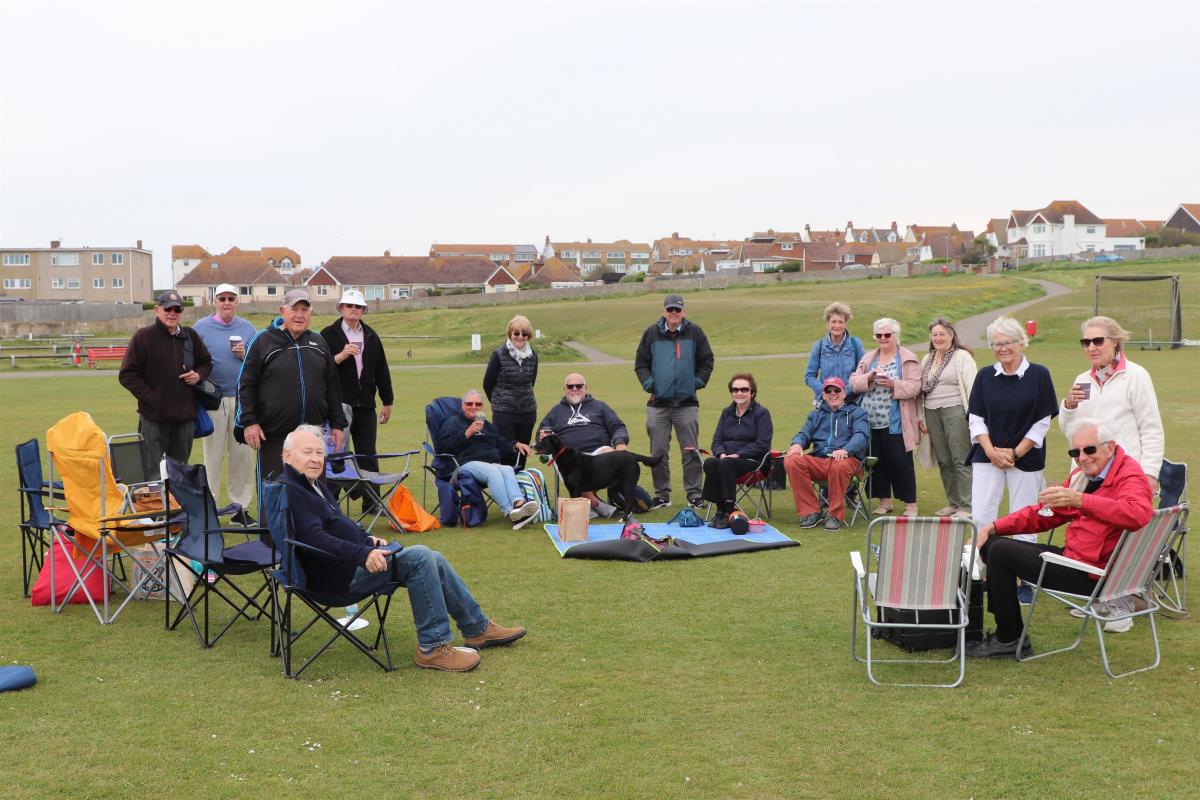 The early promise of a fine, warmish day with little breeze soon faded.

In the end, around 25 members and partners attended in defiance of the slightly unkind conditions, and everybody said they enjoyed it.  Of course, we were still only allowed a maximum (outdoor) gathering of 30, and we were careful to point out to would-be picknickers that they should come along in small batches between 12 noon and 2.30 pm, rather than all at once. mThis, of course, required   them all to be mind-readers – and became a bit of a worry to the two innocent souls who organised the event.  Somehow, though, it worked perfectly.

All, especially those of us who went on Mike Allen’s revived Rotary Walk just a few days earlier, had a good vibe that this felt like the club was making those first baby steps back to normality.  We are keeping everything crossed that 21st June will remain a joyful decision day, and that not too many idiots will be tempted to spoil it all with over-the-top behaviour and slackening hygiene care.

Hopefully it will be learned that having a good time does not need vast troughs of booze, loads of physical contact and couldn’t-care-less unsocial distancing.  All we did at The Salts was literally make our circle wider as more people turned up.

Everybody brought a fold-up chair – apart from Bert who arrived on his electric bike; he couldn’t carry one on that and he had to sit on the grass for most of the proceedings.  Luckily it DID stay dry.

Most people brought picnics which was great, but slightly unfortunate for the lovely, helpful ladies who run the smartly refurbished Salts Cafe.  John Owen and I had warned them to expect a rush after he reproduced and published their seemingly attractive menu for the members.  It was not until near the end, when a few of us decided we would like a cup of hot tea or coffee that the cafe did any business at all.  In fact, that is not quite right because when Ann Reed and I went to fetch the beverage, we discovered Rotarian Tony Osborne, smartly dressed, ensconced in a corner having his lunch!  Eventually he came out and joined us.

By that time Peter Fenwick had also turned up, dressed head-to-toe in white.  I thought I would have to explain to him that although we were situated on the cricket field, we were not actually going to play a match!  It transpired, however that the reason for his eye-catching appearance was because Peter was on his way to play bowls at The Crouch.

Yes, it was all jolly good fun, delightful to see the members again face-to-face because I think we’ve all had a basinful of Zoom by now.  It was particularly good to welcome Mike Hemmings, with Annie, as both have been through a really rough time during lockdown.  Despite the dull weather I am sure we will do this again some time …. but pray a bit harder for the sun.  Typical, of course, as I finally left the scene, walked up to the seafront, and climbed into my car the old soleil promptly appeared and gave me a nice, warm comfortable drive home.

more After such a long period of enforced separation, it was really great to be able to organise a walk when we could all get together in real time rather than meeting on ZOOM.

Railway journeys Around Britain to Raise Awareness of Antiphospholipid Syndrome

more ON 14th OCTOBER, we were joined at our Zoom meeting by Rotarian Phil Godfrey a former railwayman from Solihull who has travelled the country by train to raise awareness of antiphospholipid syndrome, which caused the premature death of his wife.

End of a Unique Year with a Virtual Presidential Handover

more Keith Ross experienced a unique year in his role as President for 2019-20 and although he was robbed of hosting the traditional gala dinner at the end of his reign he still managed to make the annual handover ceremony memorable – even on ZOOM!

more Eight members of Seaford Rotary demonstrated the Rotary International Theme for the 2019/2020 Rotary Year - ‘Rotary Connects the World’ by having a ZOOM meeting with the Rotary Club of Baridhara, Dhaka, Bangladesh. 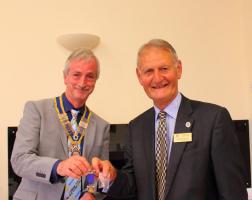 more Once again, we were favoured with wonderful weather when setting out on our latest trek into the local countryside around Rodmell and Southease.

more A select group of Rotarians organised by Bill Pierce arrived at the Denton Island Indoor Bowls Club to try their hand at this genteel sport. Bill Pierce had organised an evening with not only Seaford Rotary Club, but also Newhaven Rotary Club and Inner W 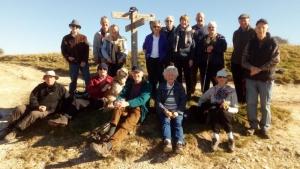 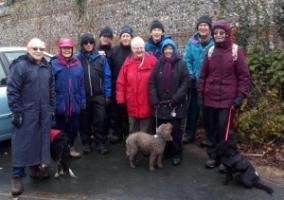 back After such a long period of enforced separation, it was really great to be able to organise a walk when we could all get together in real time rather than meeting on ZOOM.