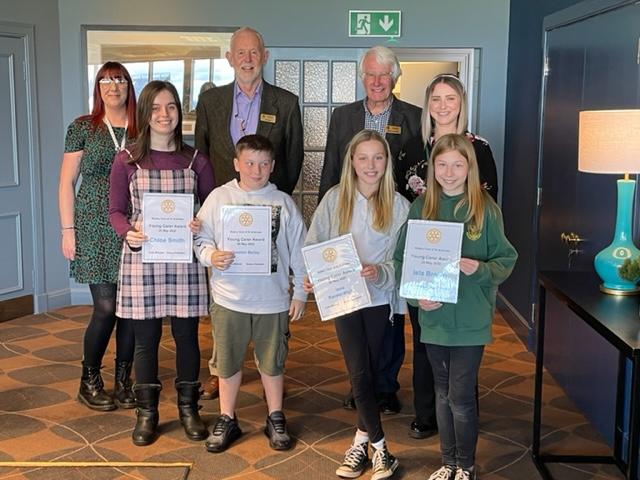 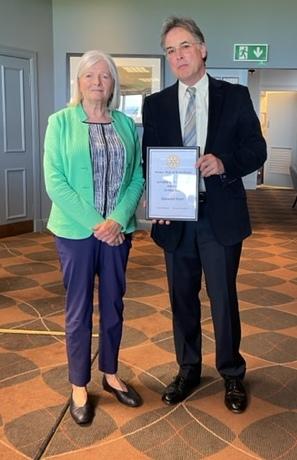 The Rotary Club held its annual awards ceremony. The Elgin Salver, given for service to the Club itself, went to Frank Quinault.

The Citizen of the Year award celebrates service to the community by a non-Rotarian. Angela Fowlis presented Stewart Kerr for the award, who accepted it on behalf of the North East Fife Community Hub, of which he is a Director.  Among other facilities, the Hub hosts Storehouse, the town’s food bank, and Clothesline, its family clothes bank.

The Rotary Club was especially pleased to be able – once again, following the pandemic – to recognise the dedication of some of Fife’s Young Carers, who sacrifice so much of the free time their peers take for granted to support a family member in need. Isla Brown (11), Iona Randal-Wight (12) and Preston Ewen, who is just 9, were able to receive their certificates in person, as was Chloe Smith, who had attended one of Rotary’s Youth Leadership programmes some years previously. Awards were also made to Abby Colville and Jack Weekes. A generous donation from one of its members helped the Club to donate £150 to each of the young people. Regan Ball, the Administrator for Fife Young Carers, and Team Leader Rebecca Mellon thanked the Club, and Bruce Alexander in particular, for its continuing support.

Also present at the lunch were Cathy Baur and her husband from California. Cathy gave President Colin Mitchell a banner from her Rotary Club, San Marcos, and received that of St Andrews in return.

Truly a day to be thankful for hard work.

Planning the year ahead

Foundation links with International to form one of Rotary's major avenues of service. 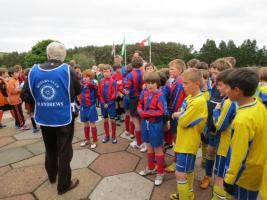 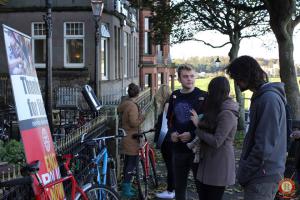 In general terms the purposes of this committee are ...

... see what the media says about us 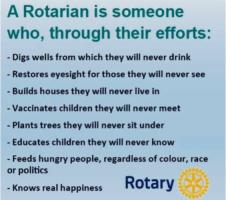