Stories from the Rotary Club of Brockedde

Bröckedde is located in the heart of Germany - where the Rhine and Danube flow into the beautiful Bröckeddesee. This is where RC Bröckedde meets in the Bröckedder Hof - every Wednesday at 1 pm in the Salon Hindenburg.

Stories from the Rotary Club of Brockedde 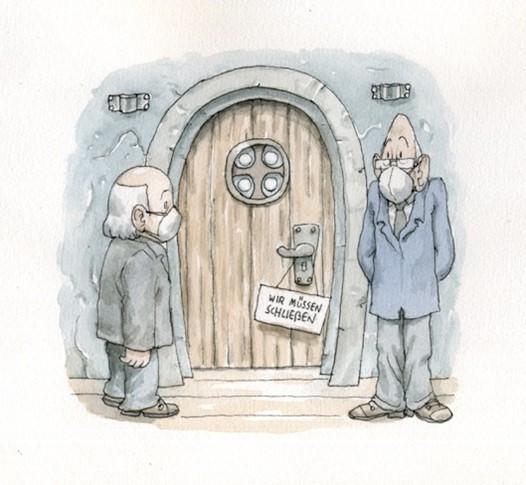 Bröckedde is located in the heart of Germany - where the Rhine and Danube flow into the beautiful Bröckeddesee. This is where RC Bröckedde meets in the Bröckedder Hof - every Wednesday at 1 pm in the Salon Hindenburg.

After Brexit there was great concern amongst the members of RC Bröckedde over the future of Rotarian relationships between German and British clubs. “We need a British Partner Club”, announced an enthusiastic President Pröpke.

The President’s suggestion was met with great interest although most of Bröckedde 80 members had their own personal favourite spots in UK. For example, Bröckedde’s master baker, Friend Boppert turned out to be a Jane Austen fan and recommended finding clubs in the Peaks or Lake District. Investment banker Munzinger said there could be no alternative to the City of London club, whilst RC Bröckedde’s intellectual, Professor Krümelein pushed for Oxford or Cambridge.

Discussion continued and there were plenty of other opinions; golf fanatic Friend Schwarmnagel held out for St Andrews as the cradle of the noble sport whilst Treasurer Knödler, a Rosamunde Pilcher addict with the complete collection of her novels and box sets, stipulated it had to be a Cornish club. Bröckedde’s Mayoress, Friend Totholz-Gümbel was rather partial to a good single malt at the end of her long working days so supported Edinburgh and there were also many other fans of Wales and Ireland.

“But are our British Rotarian friends at all interested in us?” asked President Pröpke. To find out, he and Treasurer Knödler, RC Bröckedde’s “éminence grise”, set out on a virtual reconnaissance tour of British Rotary Clubs. To their total astonishment, every British club knew all about RC Bröckedde and were delighted with the prospect of a partnership. The reason for the club’s renown was due to the recent and extraordinary find of the minutes of a certain meeting in Chicago on the 23rd February 1905, when Paul P. Harris, Gustavus Loehr, Silvester Schiele and Hiram E. Shorey met in Loehr’s office; now famous as the first Rotary meeting. “We will grow and have representation all over the world” announced Paul P. Harris. “Particularly in Germany”, added Gustavus Loehr. “Therefore, start in Bröckedde”, suggested Silvester Schiel. “Every Wednesday at 1:00 pm in the Bröckedder Hof hotel”, said Hiram E. Shorey decisively. Paul P. Harris then summarised; “RC Bröckedde will pick up the torch and make reality of our Rotary values, amongst friends united in selfless commitment, angelically harmonious and a gift to humanity”.

Treasurer Knödler’s Rotary contact in London explained that Rotary Central in Evanston had recently declared Bröckedde to be the mother of all clubs and any new member could do no better than spending a week there as an induction into Rotary values.

President Pröpke was both delighted and rather baffled. With so many contenders, which British club should be chosen without causing offence? At the next meeting in the Salon Hindenburg there was a long and passionate debate with a surprisingly simple conclusion; RC Bröckedde would have 50 British partner clubs.

Treasurer Knödler was rather concerned, “Isn’t that a little bit over the top?”

“Not at all”, replied the delighted President Pröpke and quoted Chancellor Merkel, “Wir schaffen das!”

Stories from the Rotary Club of Brockedde sub-pages:

more How long is your club presentation? 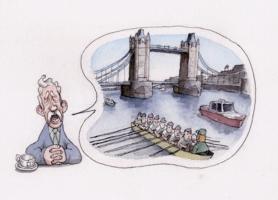 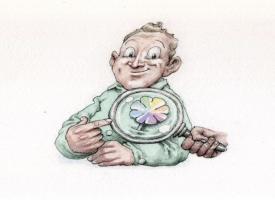 more A new badge for the woke generation 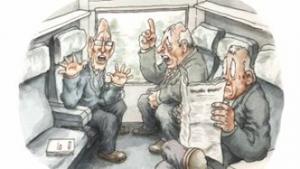 The Stranger on the Train

more Overheard on a journey 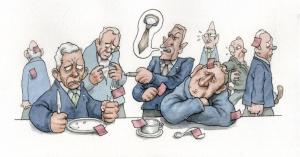 more Help for the actors whilst Brockedde's members fall on hard times? 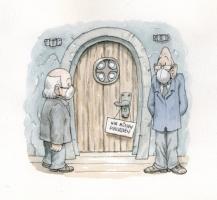 more Covid casts it shadow over the Brockedde Hof 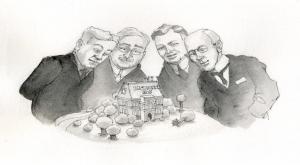 more Dreams and discord at Brockedde

more Hidden subsidy from the President!