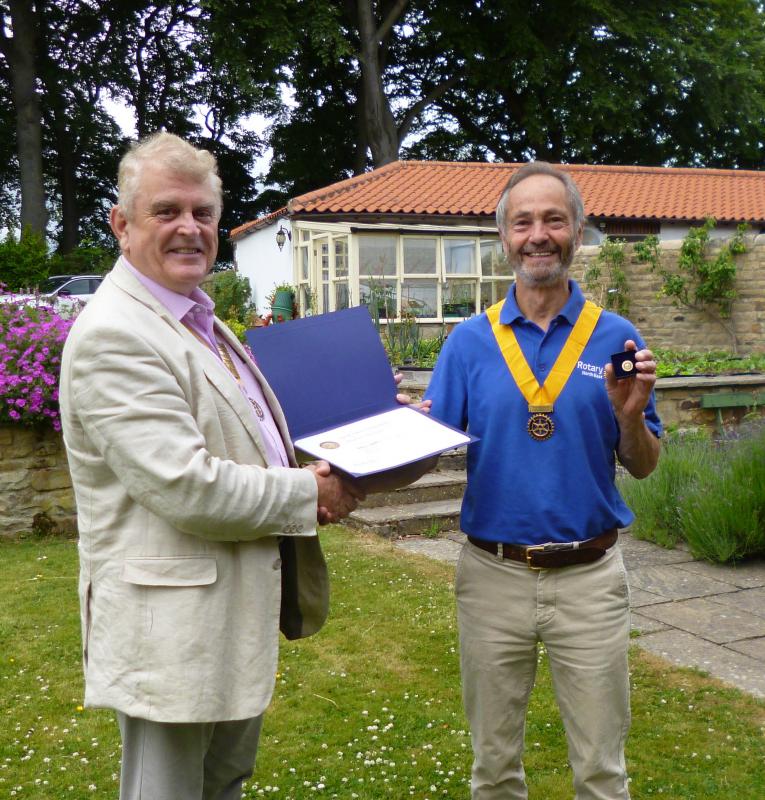 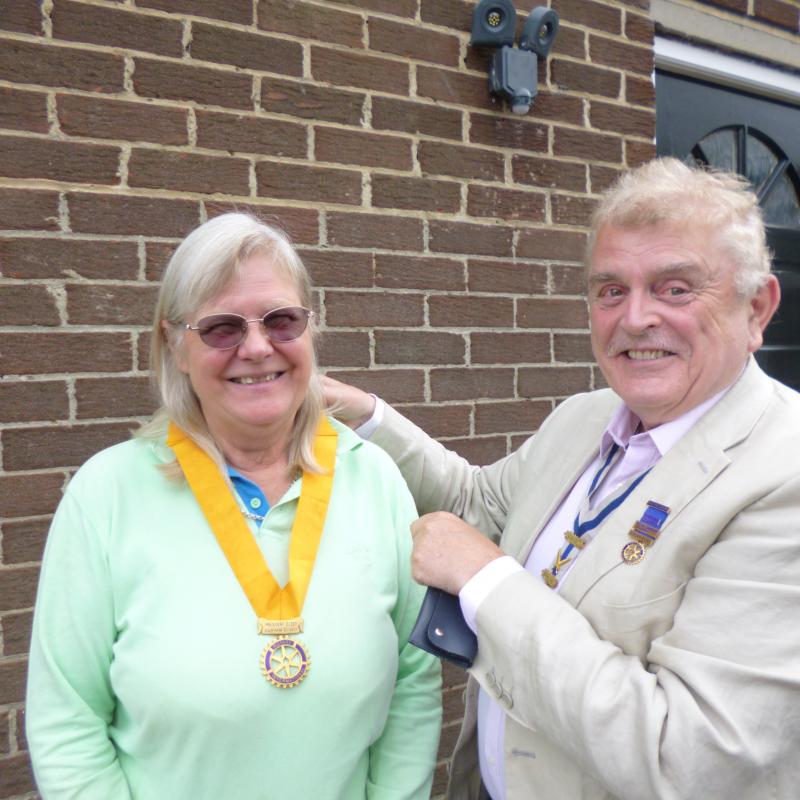 The end of June sees the end of the Rotary year so Durham Elvet President for 2020/21 Arthur Charlton has been handing over the presidency to incoming President Tom Sharples.  In addition to passing on  the president's insignia, Arthur also presented Tom with a Paul Harris Fellowship in recognition of the work he has been doing on Rotary's behalf, particularly with regards to the installation of defibrillators.

With Tom Sharples taking over as Durham Elvet President for the coming year, Rotarian Jane Weeks has taken on the role of President-elect and received her badge of office from the outgoing President Arthur Charlton.

Congratulations to the seven Rotary Clubs in our district who have earned the Rotary Citation for 2020-21, the most significant award a Rotary club can achieve....and DURHAM ELVET is one of them.

Special award of thanks to a much loved and very active Rotarian.

Get involved in this brilliant project!! 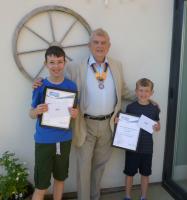 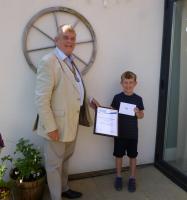 YOUNG PHOTOGRAPHER UPDATE.....AND IT'S GREAT NEWS! Isaac Dale, the winner of our District's Young Photographer award had his entry put forward to the National competition.....and he was judged RUNNER-UP NATIONALLY. Well done Isaac! 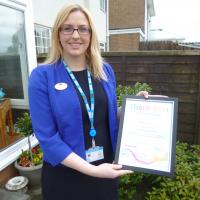 Throughout the pandemic Julie has regularly collected shopping for vulnerable members of her community. They have nominated her to receive a well deserved Certificate of Thanks.

Durham Elvet Rotarian Tom engaging in an interesting conversation and getting advice from "new member" Mr Potts about Rotary's views on sustainability, recycling and the organic growth of Rotary membership ! 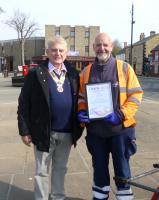 SNAKES ALIVE!! Durham Elvet's Tom and Peter at Murton today, dressed as "Sparky and Casey" supporting Rotary NE's "One Life Initiative" in their project to supply defibillators to towns and villages in our communities.

.........from us all in Rotary, to Emma and Tracy from "One Step At A Time". They are promoting early intervention for mental health and have done a huge amount of community work during the lockdown. 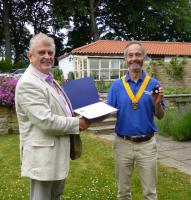 Contact Rotarian Terry Long if you would like to be involved in this fantastic project for youngsters aged 16 to 18. Read on.........

Durham Elvet Rotarian Liz Robson was taken by surprise when she was presented with a Rotary Covid 19 "Certificate of Thanks" for the community support which she has continually given over the last year. Thanks Liz.

Welcome to Jeremiah Bear who has just received his name. Jeremiah helped Elvet Rotary raise nearly £150 in the fight to eradicate polio. This amount is matched 2-1 by the Bill and Melinda Gates Foundation.

Members of Durham Elvet Rotary Club braved the elements - sleet and rain - to watch a semi final cup match between Brandon United U18 and Benfield U18. Unfortunately, Brandon United lost 1 - 3.

FAST Suspect a stroke? -act fast! Call 999 when there is Facial weakness, Arm weakness, Speech problems, then it is Time to ring 999