Another David takes the reigns

The New President is David Kaye 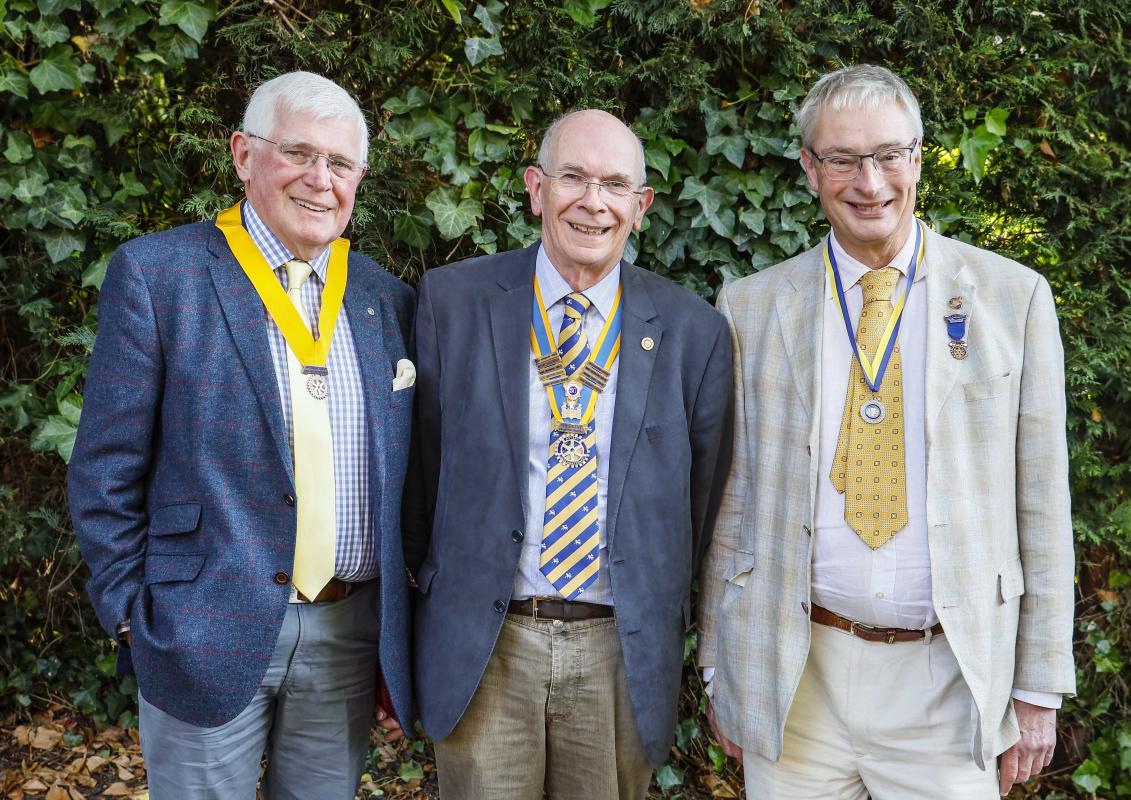 The new President of Knaresborough Rotary Club is David Kaye who has taken over from David Druett.

After leaving school David joined the family funeral directing business in Leeds. He was encouraged to study and qualify in embalming, by far the most technical element in funeral service. He qualified in 1969 and was admitted into membership of the British Institute of Embalmers (BIE) the following year.The funeral business was sold in 1988 and David established a commercial property business. He also kept a link to his past by taking the recently vacated role of Institute Editor for the BIE, a role he kept for many years and only retired from it to acquire the industry’s only subscription independent monthly publication, the Funeral Service Journal, which he ran until 2010. In 1994 he was invited to become a Trustee of the BIE and, after 16 years as the Trust secretary, he became the Chairman this year. In 1996 he became a Fellow of the BIE for services to the Institute. A Rotarian for 37 years, David joined the Rotary Club of Headingley in 1985 and served as their President in 1991-92. He also served as a magistrate on the Leeds bench for 22 years. In 2009 David moved to Knaresborough Rotary Club, where in recent years he has taken on the full might of Harrogate Borough Council to ensure the success of installing the commemorative Maundy stone on the Castle top, a wonderful achievement personally and for the club. He has also been the link and club organiser for the Knaresborough Bed Race for many years, working closely with the Lions ensuring Rotary’s vital involvement continues. In 2021 he was awarded a Paul Harris Fellowship, the highest personal Rotary Award. Having previously been Chairman of PhysioNet, in March, David agreed to return as Interim Chairman after the sudden death of Mike Adams, who had succeeded him as Chairman, thus allowing time for a new Chairman to be appointed. David has been married to Valerie since 1971 and they have worked together on most projects. They have two children, Helen and Robert. David will oversee the Rotary Club of Knaresborough’s 60th anniversary celebrations. 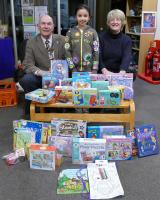 Nine-year-old Annabelle is a Knaresborough Brownie and for her Charities Brownie Badge she has collected toys from fellow Brownies and Rainbows. She spotted some information about the Rotary Christmas Toy appeal on Facebook and set about collecting Toys 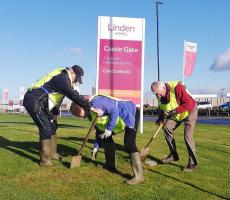 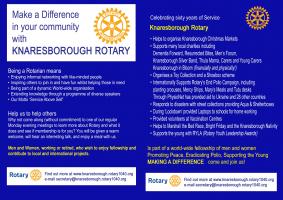 Make a difference in your Community

Rotary Shoeboxes will bring joy to many this Christmas 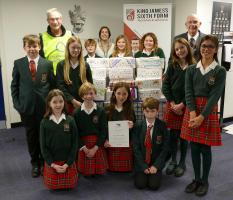 Staff and pupils at local schools and Scout groups have been busy filling shoeboxes as part of Knaresborough Rotary’s annual collection for orphanages and children’s homes in Eastern Europe.