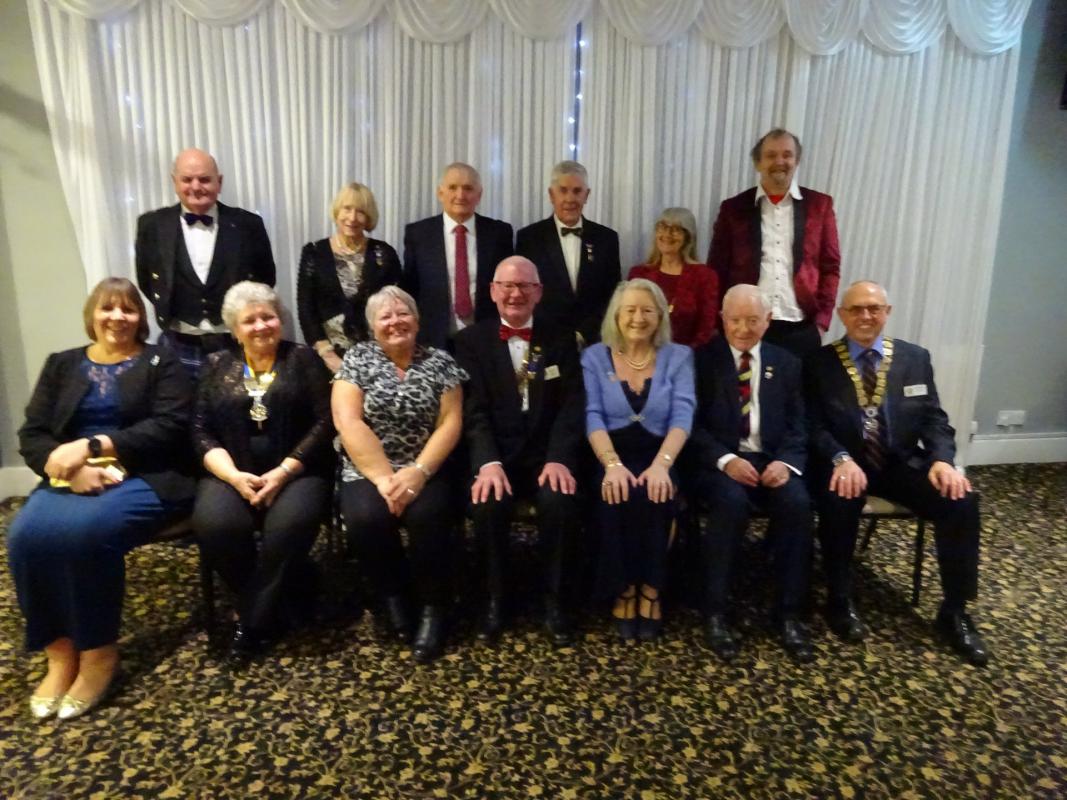 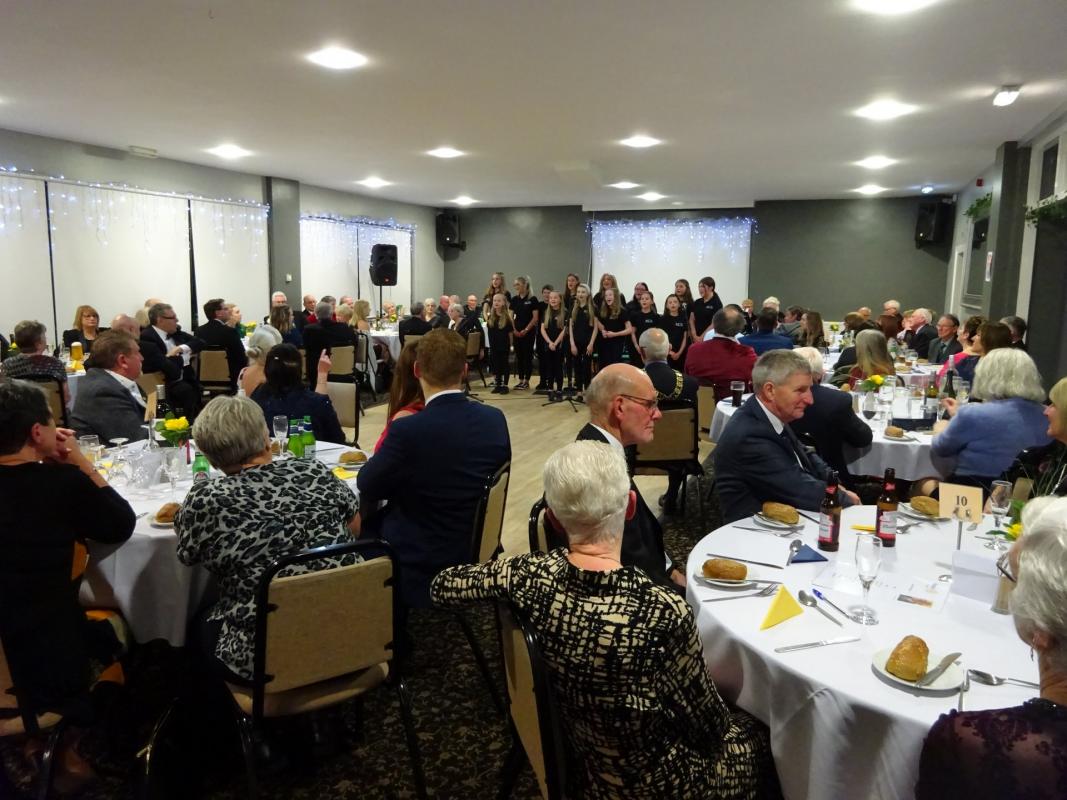 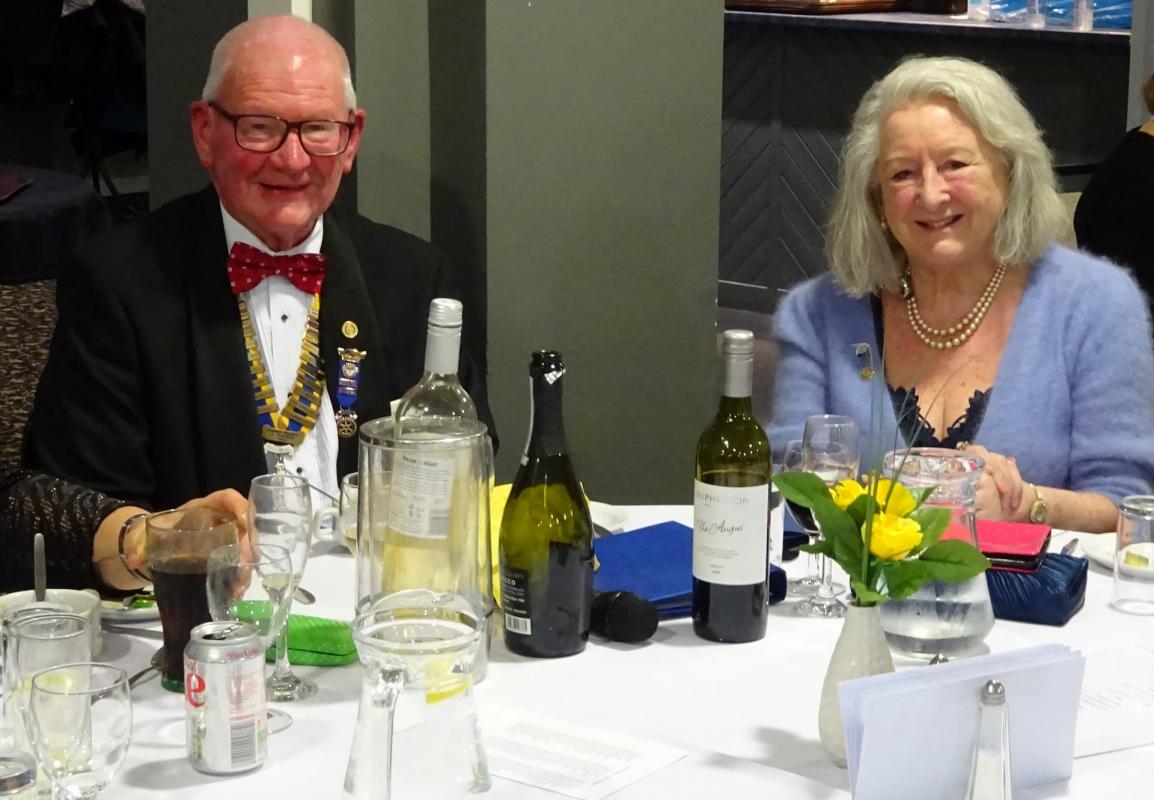 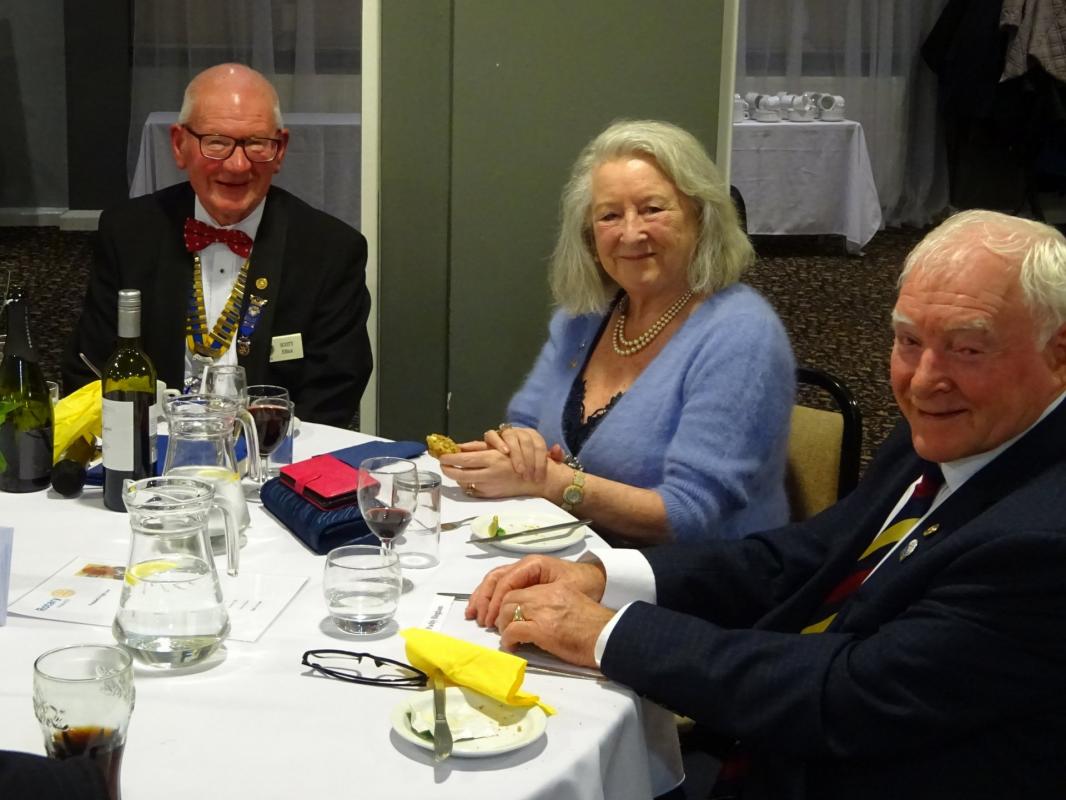 Seventy eight members, friends and Rotarians from other Borders Clubs attended President Scott Elliot's special night at Mansfield Park Clubrooms on Friday evening (26th November). The date was unlucky! It coincided with Storm Arwen! District Governor Ken Robertson and his wife Elizabeth had to turn around in a whiteout at Soutra, but Assistant Governor Lizette Bingham and her husband Paddy reached us from Livingston, and were joined by our guests from the Galashiels, Jedburgh, Langholm, Lauderdale, Melrose and Selkirk clubs. Reaching us through the wind and the sleet was bad enough but returning home around 11 pm was much worse, especially for the Langholm 15. Thanks to all for making the effort on such a horrid night.

After a captivating performance by local Act 1 Youth theatre group, the company enjoyed a fine meal presented by Debbie Brown Catering, and then further entertainment by the 3Ds, Debbie, David and Drew. To complete the problems of the evening a power cut at the very moment when 3Ds were finished and Auld Lang Syne had been sung presaged the difficulties still ahead for the travellers.

The interval raffle raised the wonderful sum of £600, divided equally between Act 1 Youth and Operation Smile, the international charity which corrects cleft lips and palates in less well-off countries.