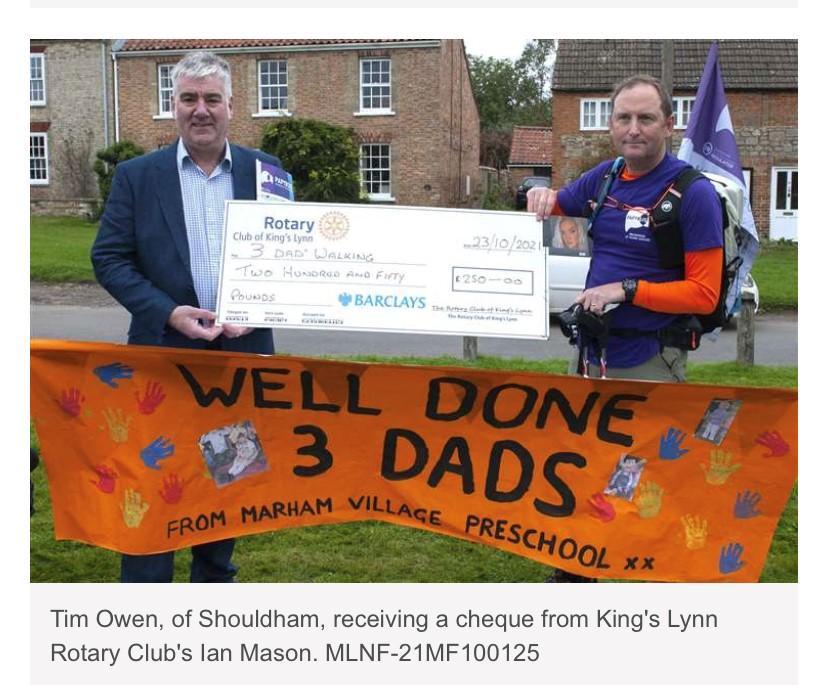 Three men, Tim Owen of Shouldham in Norfolk, Andy Airey from Morland in Cumbria and Mike Palmer from Greater Manchester, have recently completed a 300 mile walk to raise money for the suicide- prevention charity Papyrus.  The daughters of all three had committed suicide.  Mr Owen’s daughter, Emily, died in March 2020 at the beginning of the pandemic and only six people were allowed to attend the funeral service.

The three men started their walk on 9 October at Morland and finished in Shouldham, having averaged some 25 miles per day.  Originally their target was to raise £3000 but the total is more than £750,000, including some very large donations of £10,000 from each of three celebrities, Nicole Kidman, Daniel Craig and Lou Macari.

The Rotary Club of King’s Lynn has made a donation of £250.