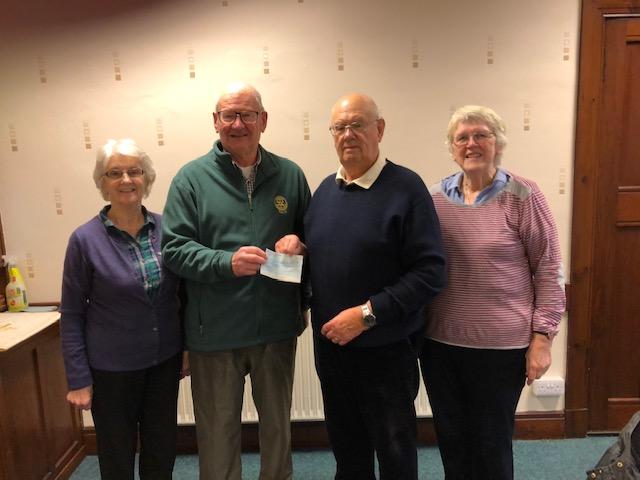 At their most recent meeting, Hawick's Rotarians heard from Vice President Jane Cox on her experience at her first ever Rotary District 1020 Conference at Cumbernauld. It had been good to meet with around 250 other Rotarians and she had found the programme of speakers most interesting.

Following this, Doug Forsyth of the Selkirk Club told members of his proposal to set up a Borderlands Passport Group, an organisation which would be affiliated to Rotary International but which would have no weekly meetings and no permanent home, perhaps meeting fortnightly by Zoom and perhaps monthly for coffee etc.. This might appeal to those interested in Rotary and in helping the community, but without the perception of commitment to weekly meetings in person. He queries whether it would be possible to set up hubs of such a group in each of the Borders, the South West, Cumbria and Northumberland. The HawickClub will discuss this proposal at their Business Meeting next week.

Recently, Scott Elliot, President & Treasurer of Hawick Rotary handed over a cheque for £250 to Ron Laidlaw, coordinator of Borders Talking Newspapers' Hawick unit. This was raised through Ron Smith's Minto Challenge Walk. Hawick Rotary has been associated with Borders Talking Newspapers for many years inproviding a service for those with sight problems to access the local Borders press.