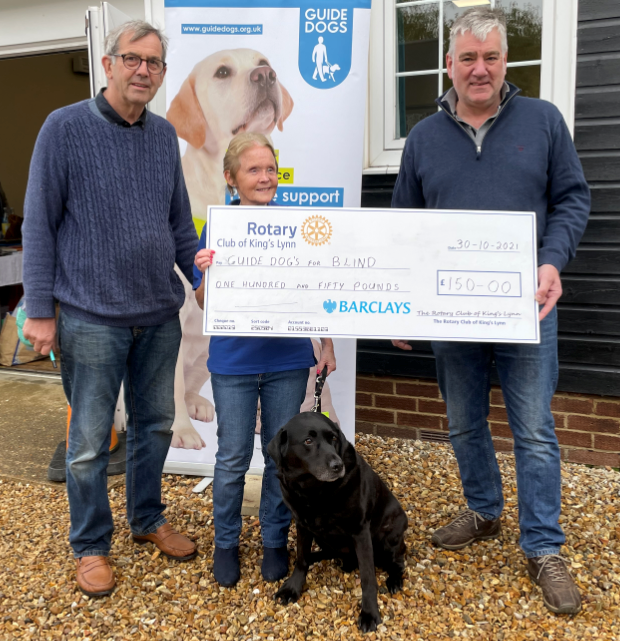 For many years the Rotary Club of King’s Lynn has supported Guide Dogs for the Blind.  The Club currently donates £25 per month to the charity to help pay for the training of a guide dog puppy.  At a recent meeting of the Club Gill Southgate, the Chairman of the local Guide Dogs for the Blind Committee, spoke about her own loss of sight following an horrific car accident when she was a teenager.  She has had a succession of guide dogs provided by the charity which have helped her to continue to work at the Queen Elizabeth Hospital.  At the present time Gill is awaiting a new dog but in the interim is still helped by her black Labrador, Yasmin, who is officially retired.  She also gave an update on the work of the charity, especially the provision of dogs for service veterans who have lost their sight in combat. The Club decided to donate for £150 to Guide Dogs for the Blind in addition to its monthly donation.

Photograph:  Rotarians Pip Rippengill and Ian Mason giving a cheque for £150 to Gill Southgate at a recent fund-raising event held at the North Wootton village hall on 30 October.